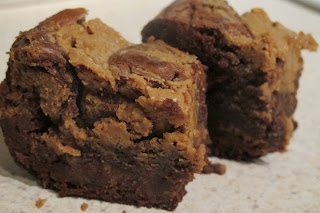 Improving my time has given me enthusiasm to continue running.  My neighborhood has a 5k every Friday evening in April, and I plan on running several of them. 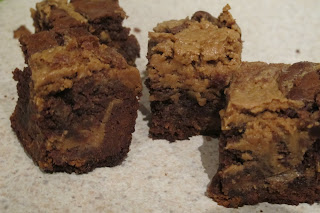 It's funny to begin a post about brownies by talking about running, but hopefully the running balanced out these brownies.  Brownies are one of my favorite deserts.  I prefer a chewy brownie over cake, donuts, and many types of cookies.

The first time the word brownie appeared in a cookbook was 1896 in the Boston Cooking School Cookbook.   The recipe made a molasses cake cooked in individual tin molds. 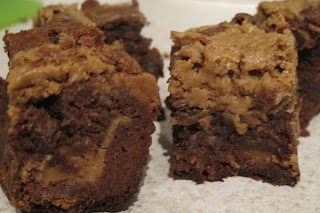 The first two modern brownie recipes were published in 1904 in the Service Club Cookbook and the Boston Globe.  These recipes made a cake like brownie.

This peanut butter swirl brownie recipe came from Martha Steward.  I added Butterfingers baking pieces to the recipe.  The pieces partially disolved in the oven.  There were still crunchy pieces of candy in the brownies, but you couldn't tell they were pieces of Butterfingers. 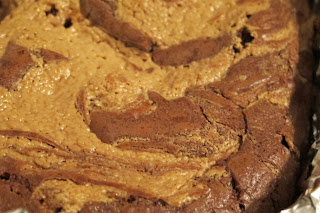 I added half a cup of butter and the semisweet chocolate to a bowl.  I melted the butter and chocolate in the microwave.  I stirred every 30 seconds.  I let the chocolate cool slightly. 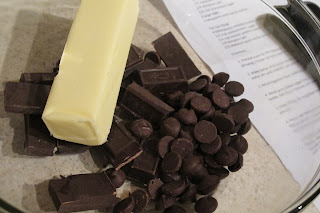 In another bowl, I whisked together the flour, baking powder, and salt.

I stirred the granulated sugar into the cooled butter and chocolate mixture.

I added the eggs one at a time and the vanilla into the chocolate and sugar concoction.  I stirred well.

I added the dry ingredients into the chocolate batter.  I stirred until there were no streaks of flour. 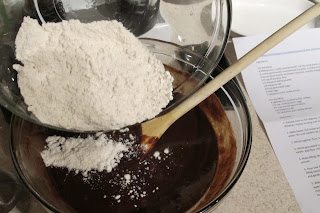 For the peanut butter swirl, I melted four tablespoons of butter.  I added the confectioners' sugar, peanut butter, salt, and vanilla into the melted butter.  I stirred the ingredients together. 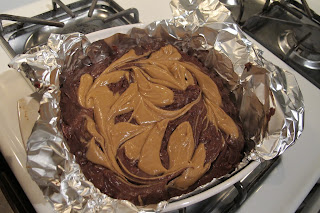 I baked these brownies at 325 degrees.  The recipe said to bake the brownies for 45 minutes, but mine took over an hour.

I let the brownies cool in the pan for a few minutes before letting them cool on a wire rack.

I let these brownies cool completely before cutting them into squares. 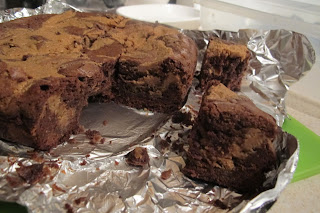 These brownies were dense, chewy, and rich.  They were decadent and tasty. 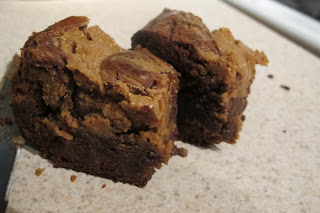 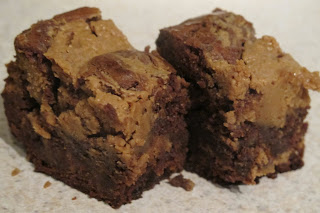 The edges were crunchy but the center was fudge like. 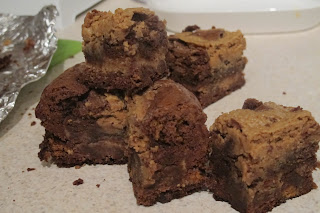 The Butterfinger baking pieces didn't add much to the brownies.  They got lost in the deep chocolate flavor.  Overall, these were delicious.  The texture was superb, and the flavor was toothsome. 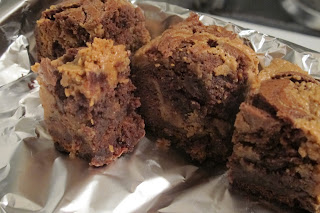