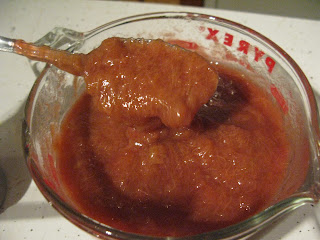 Rhubarb is a vegetable.  A court in the United States declared in 1947 that for the purposes of government regulations and duties rhubarb would be considered a fruit because it is used as a fruit in this country.  Weird. 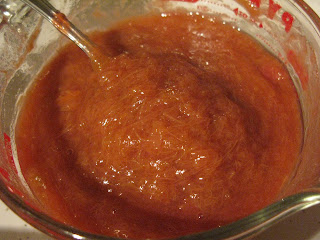 The Chinese have used rhubarb for medicinal purposes for thousands of years.  It was used as a laxative. 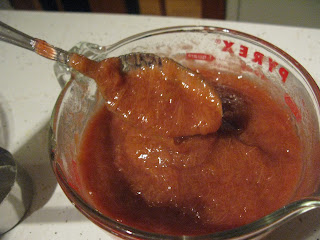 Rhubarb was traded on the Silk Road and reached Europe in the 14th century.  It was an expensive product in Europe during the Middle Ages because of transportation costs.  It was was several times more expensive than other costly herbs like opium and saffron. 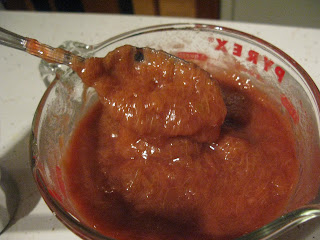 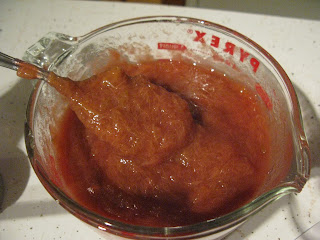 I placed the rhubarb, sugar, orange zest, orange juice, and water into a pot over high heat. 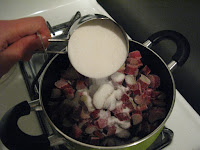 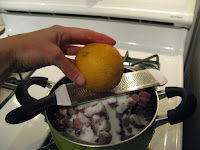 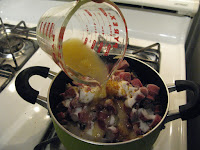 I reduced the heat to medium when liquids started boiling.  I let the jam simmer for 45 to 50 minutes.  It thickens and breaks down. 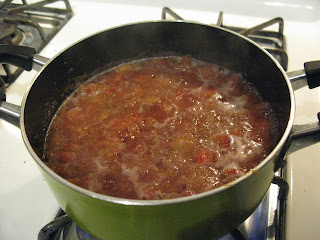 I let it cool and then stored the jam in the refrigerator.  I made this jam to for a cake I'll post soon, but the jam is fabulous on its own.  It's tart and sweet. 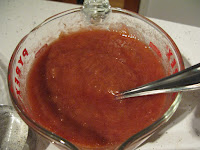 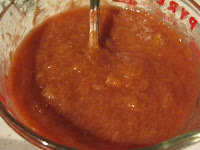 The texture is smooth.  It has the consistency of apple or pumpkin butter. 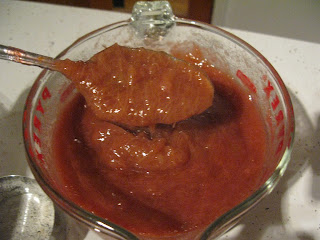 I think it would be delicious as a sauce for ice cream or other desserts.  It has a beautiful bright color and is toothsome.  I'd make it again. 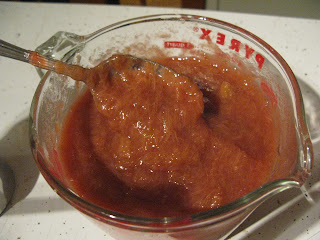 I love rhubarb sauce, which is what I would call your jam. We definitely eat it by the bowlful... when we can get it! Right now it's totally out of season, though, so I have to look forward to spring.

My rhubarb was actually frozen. It's not in season here either :)