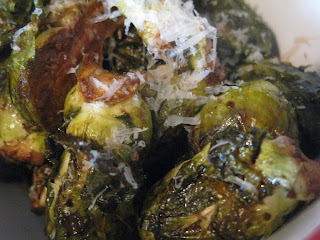 Happy Labor Day!  My extended family celebrates Labor Day with a cookout at a outdoor recreation area with hotdogs, s'mores, and tons of other treats.  There is always way more food than can be eaten. 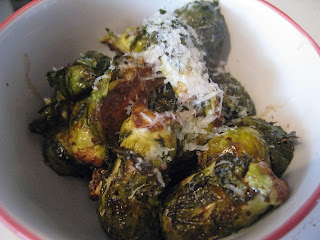 After eating, many people take a short hike up the side of the mountain to a lookout.  It's the same hike every year.  I will not be there in person this year, but I will be thinking of them. 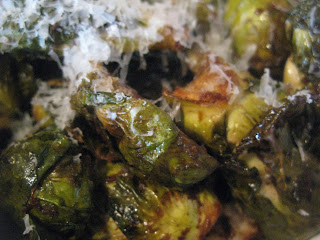 I'm sharing recipe featuring my favorite vegetable.  Modern Brussels spouts were possible grown in the early 13th century in what is now Belgium.  The first written reference of Brussels spouts was in 1587. 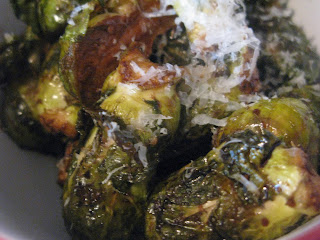 In the 16th century, they were popular in the Netherlands.  Their popularity spread throughout Northern Europe.  The Netherlands is currently the largest producer of Brussels sprouts in Europe. 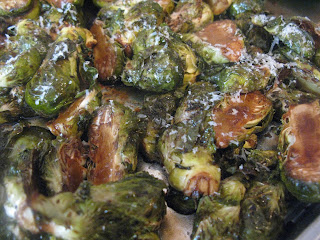 In America, they were first grown in Louisiana by French settlers in the 18th century.  They are in the same species as cabbage and in the same family as collard greens, broccoli, kohlrabi, and kale. 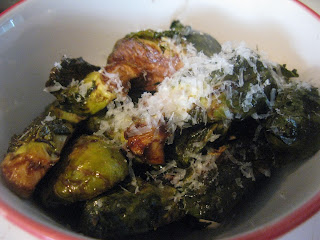 This recipe came from Averie Cooks.  I increase the quantities but made it as directed. 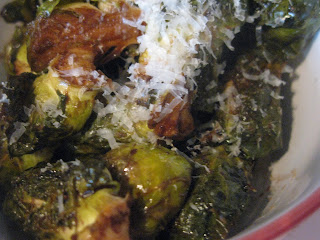 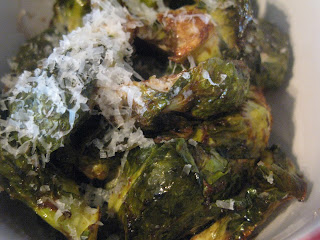 I started by reducing the balsamic vinegar over medium heat.  I ended up with half a cup, but I should have reduced it more.  It was still runny.  I rinsed the spouts and then chopped them in half.  I coated them with the olive oil, salt, and pepper. 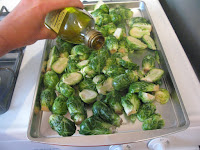 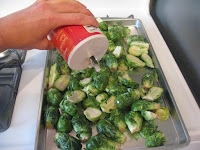 I layered them cut side down in a single layer on a baking sheet.  I baked them for 18 minutes. 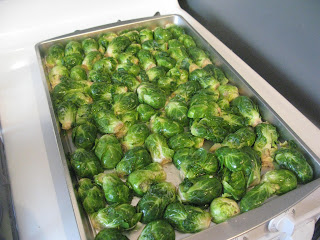 After 18 minutes, I flipped the spouts over.  I drizzled the balsamic reduction over the Brussels sprouts. 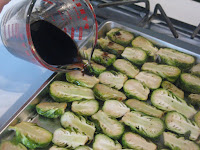 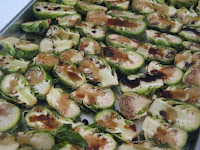 I evenly sprinkled the brown sugar over the sprouts. 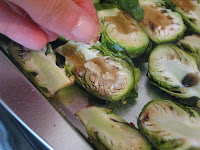 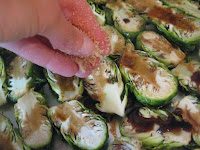 I baked them for another 10 minutes.  I stirred the Brussels spouts and added more salt to taste. 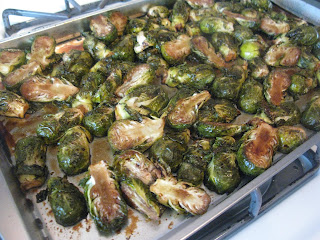 I shaved the parmesan cheese over the baked Brussels spouts. 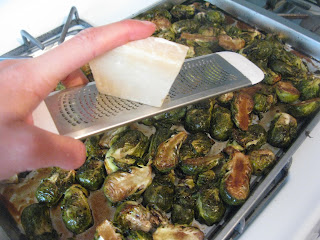 After a sprinkling of cheese, the little sprouts were ready to be devoured. 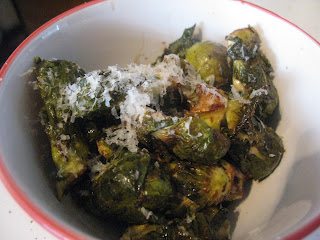 The reduced balsamic vinegar was sweet and tart.  It had a complex flavor that I really enjoyed. 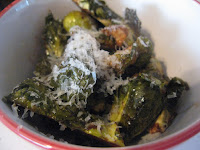 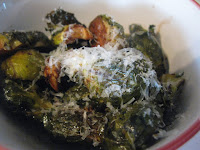 The cheese was salty and nutty. 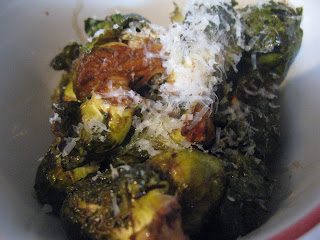 The Brussels sprouts were tender, caramelized, and golden.  The spouts absorbed the acidity of the vinegar and sweetness of the brown sugar. 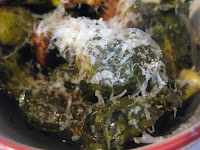 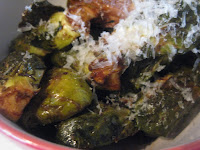 It was a savory and complex dish despite the short list of ingredients. 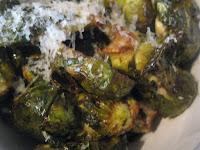 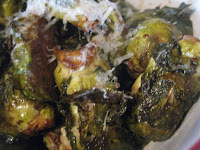 This would make a welcome and toothsome addition to any meal.  It was simple and easy to make but was more elegant than most vegetable side dishes. 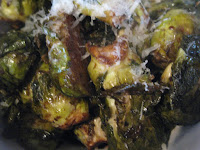 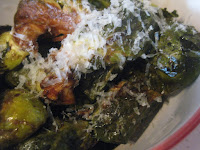 made the most delicious b-sprouts over the weekend... well man friend did... hmmmmm but I can only imagine using balsamic vinegar as being phenomenal too!

GiGi, I bet they were delicious!