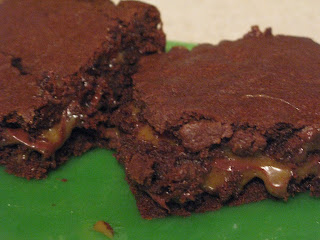 Did you know the Farris wheel was invented for the Chicago World's Exposition?  I learned that useful tidbit last year. 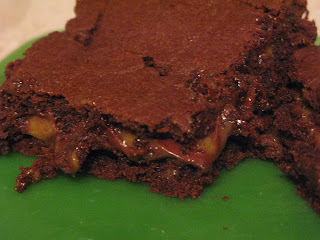 I just learned from Wikipedia that we owe another great invention to the Chicago World's Exposition:  the brownie.  In 1893, Bertha Palmer, the wife of the owner of the Palmer House Hotel, asked the hotel's pastry chef to create a dessert that could be packed into lunch boxes. 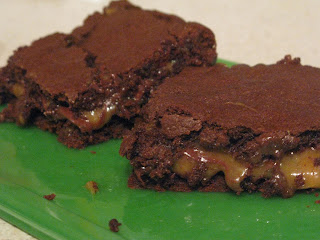 Mrs. Palmer wanted it to be smaller than a cake but still have cake-like qualities.  The original recipe had walnuts and an apricot glaze.  It sounds delicious. 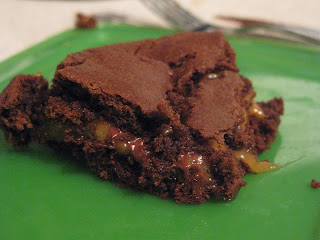 The hotel still makes brownies according to the original recipe.  Fannie Farmer first used the term brownie in 1896 in her Boston-Cooking School Cook Book.  This brownie recipe came from the Pioneer Woman. 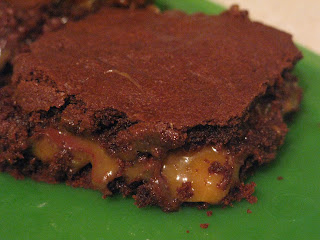 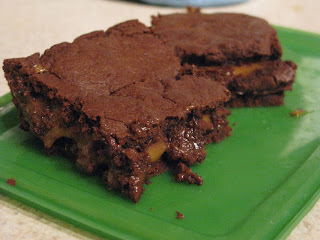 I combined the cake mix, a third cup of the evaporated milk, and the melted butter. 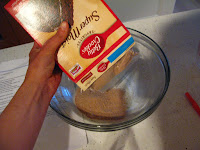 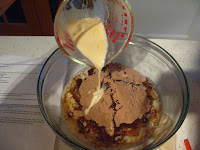 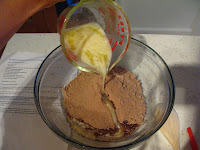 I mashed half the batter into a greased nine by nine inch baking pan.  I baked it for 10 minutes at 350 degrees. 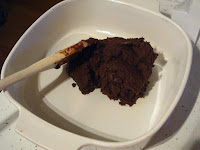 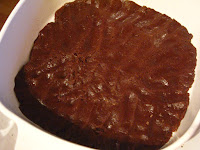 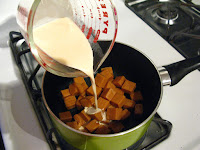 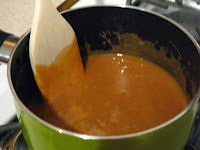 I poured the caramel sauce over the warm, partially baked brownie base. 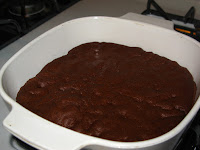 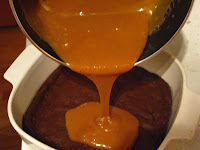 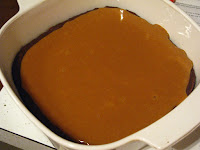 I sprinkled on the chocolate chips.  I could have added chopped pecans too. 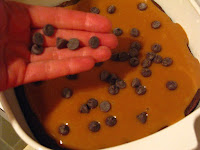 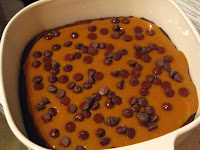 I shaped the remaining dough in a flat square the same dimension as the pan.  I put the dough over the caramel layer. 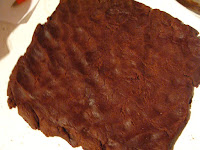 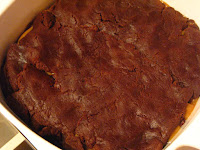 I baked the brownies for 20 minutes at 350 degrees. 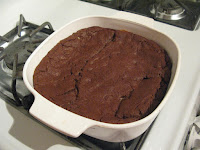 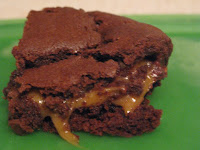 These were super decadent and rich. 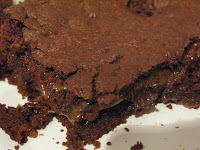 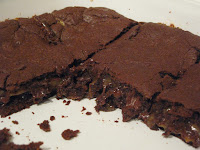 The caramel layer was thick, luxurious, and creamy. 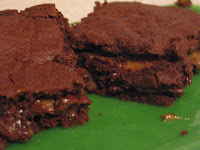 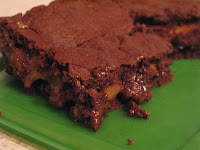 In a word, these were sublime.  The ratio of brownie to caramel was perfect. 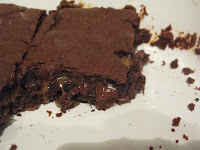 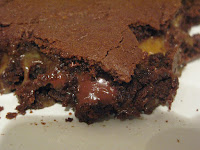 I took these to work and they were gobbled up. 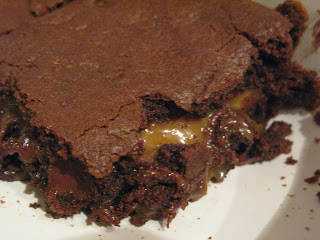 These look naughty. In the best way possible.