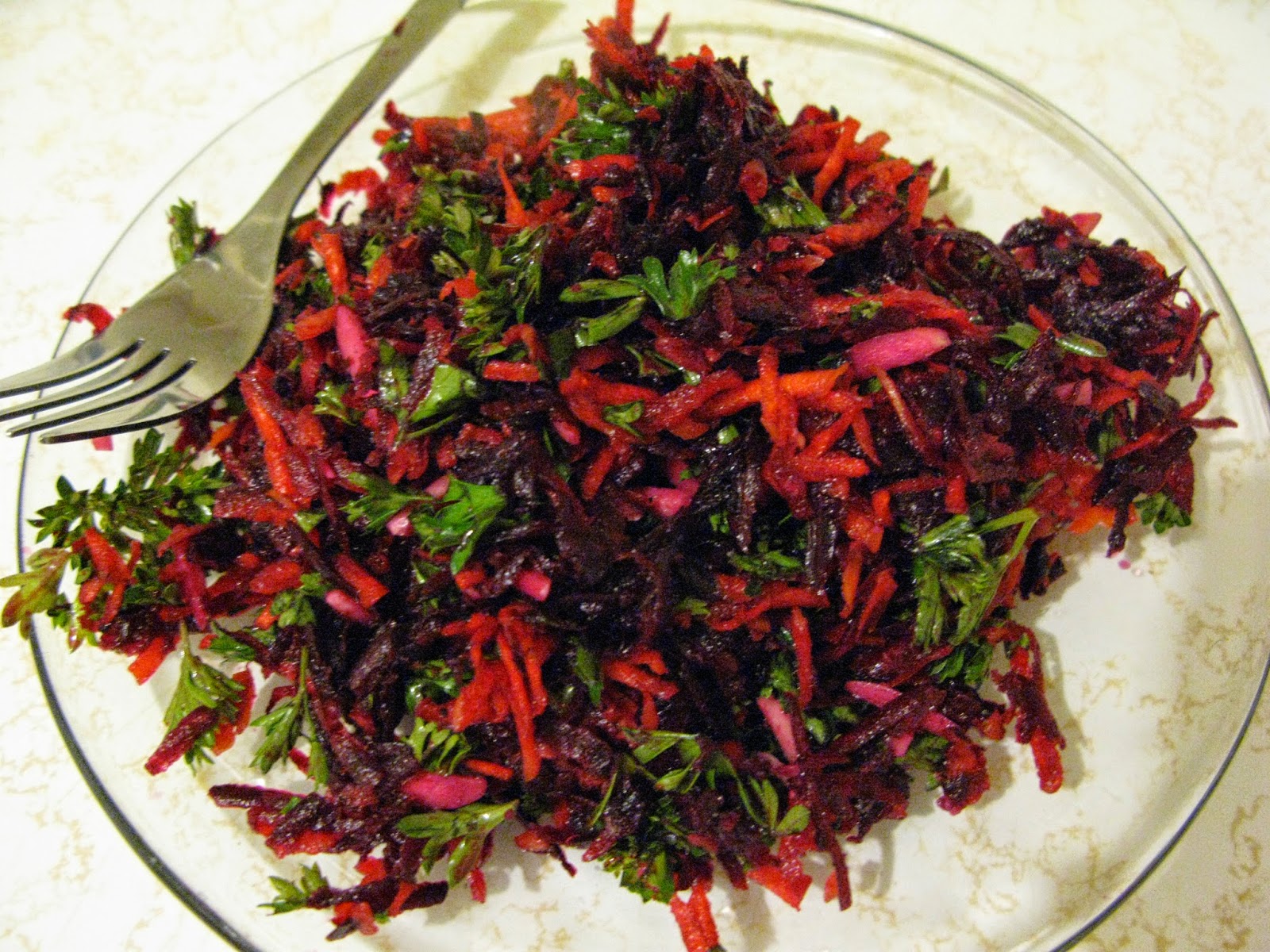 This is the last recipe I made from the Iraq Cookbook; I turned it into the library earlier this week.  I made several things from the book, but my two favorite recipes were carp with rice and rice with fava beans. 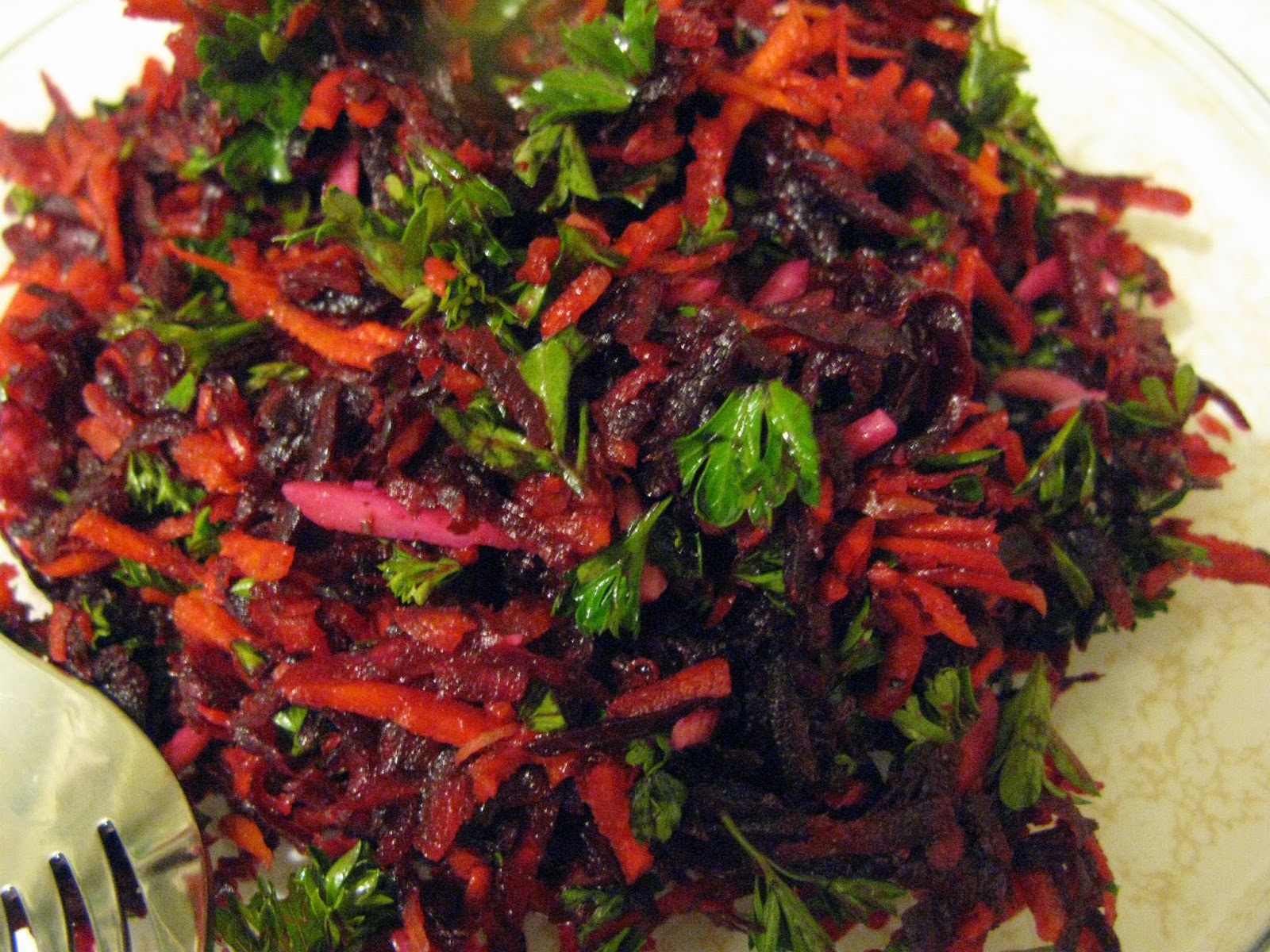 I think the next cookbook I get from the library will either be French or Peruvian.  I haven't made much French food, but it seems like it might be complicated. 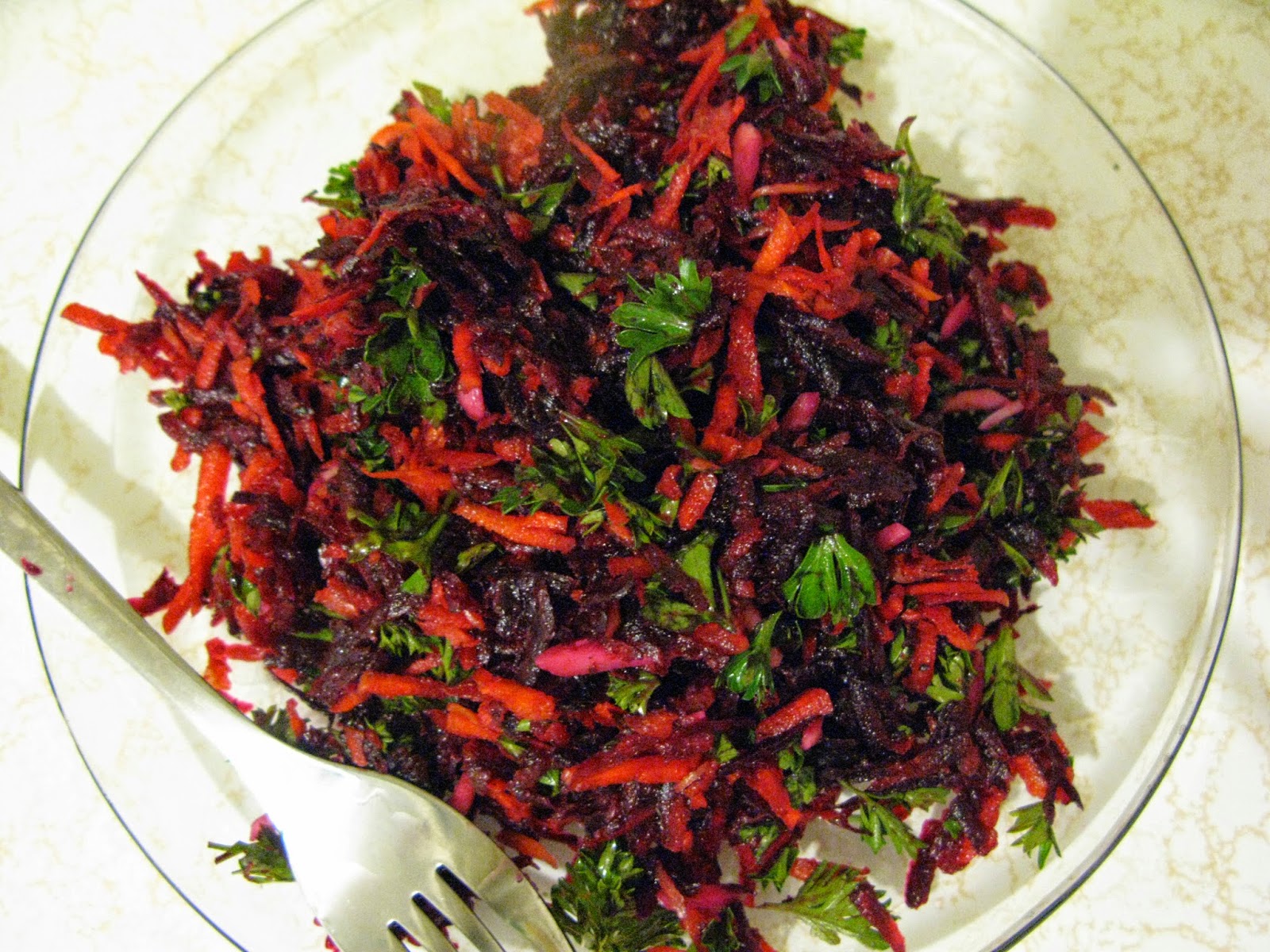 I grated the carrots and beets.  Grated is my least favorite kitchen task.  It's so tedious. 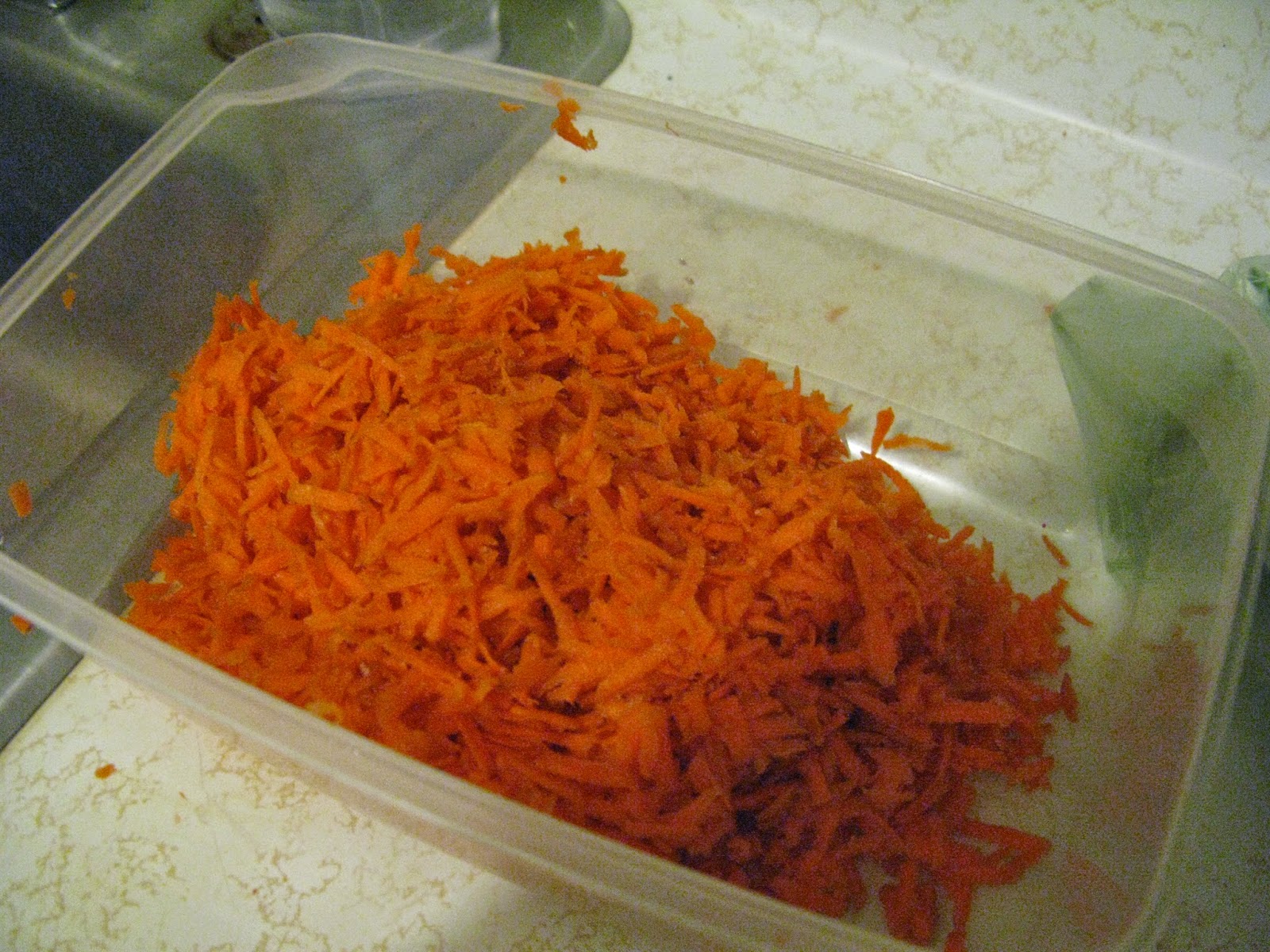 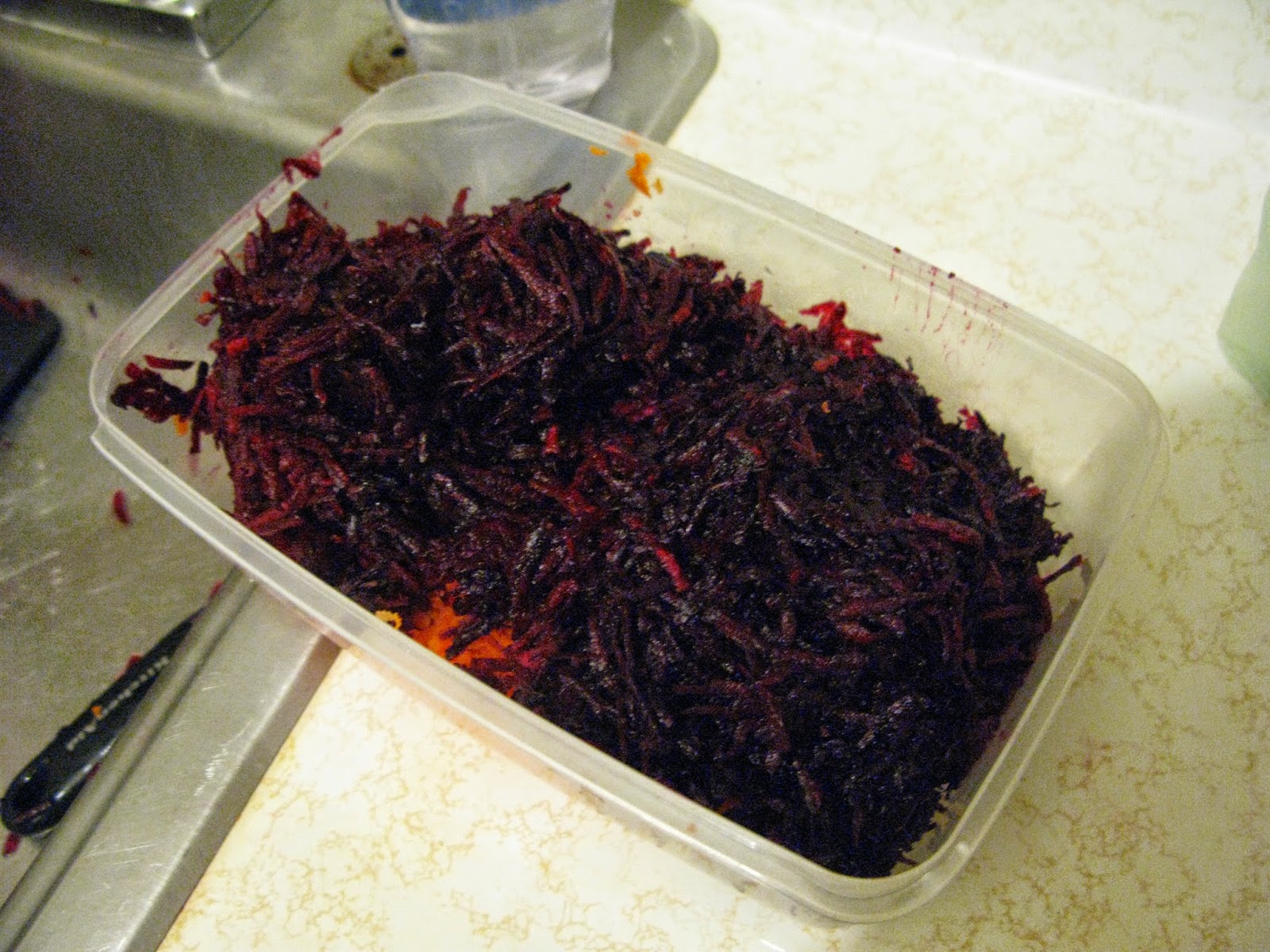 I chopped up the parsley and added it to the bowl. 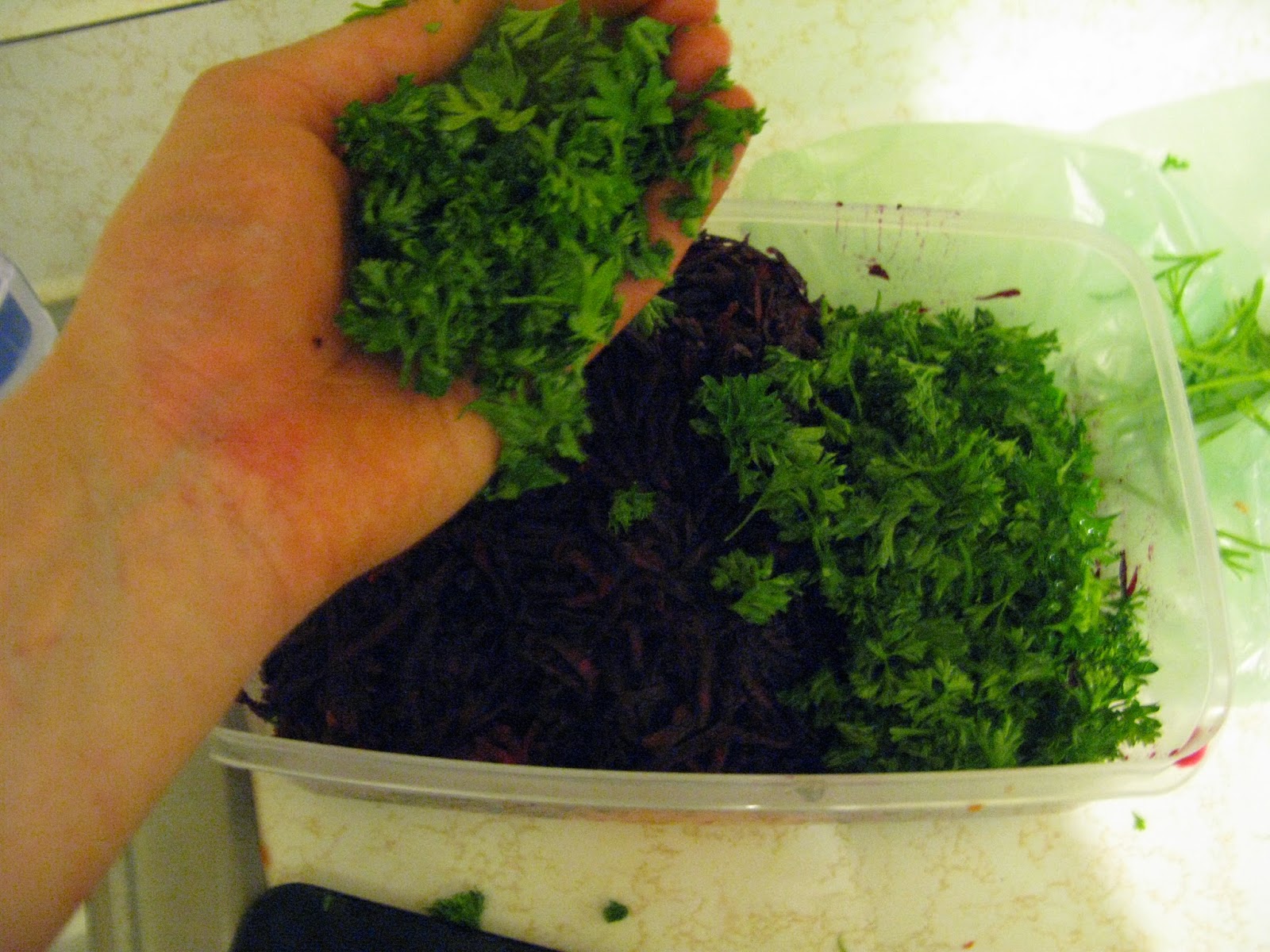 I added the slivered almonds.  I was supposed to use the almonds as a garnish, but I didn't read the instructions well.  Mixing the nuts into the salad worked, but the beets dyed them a dark red. 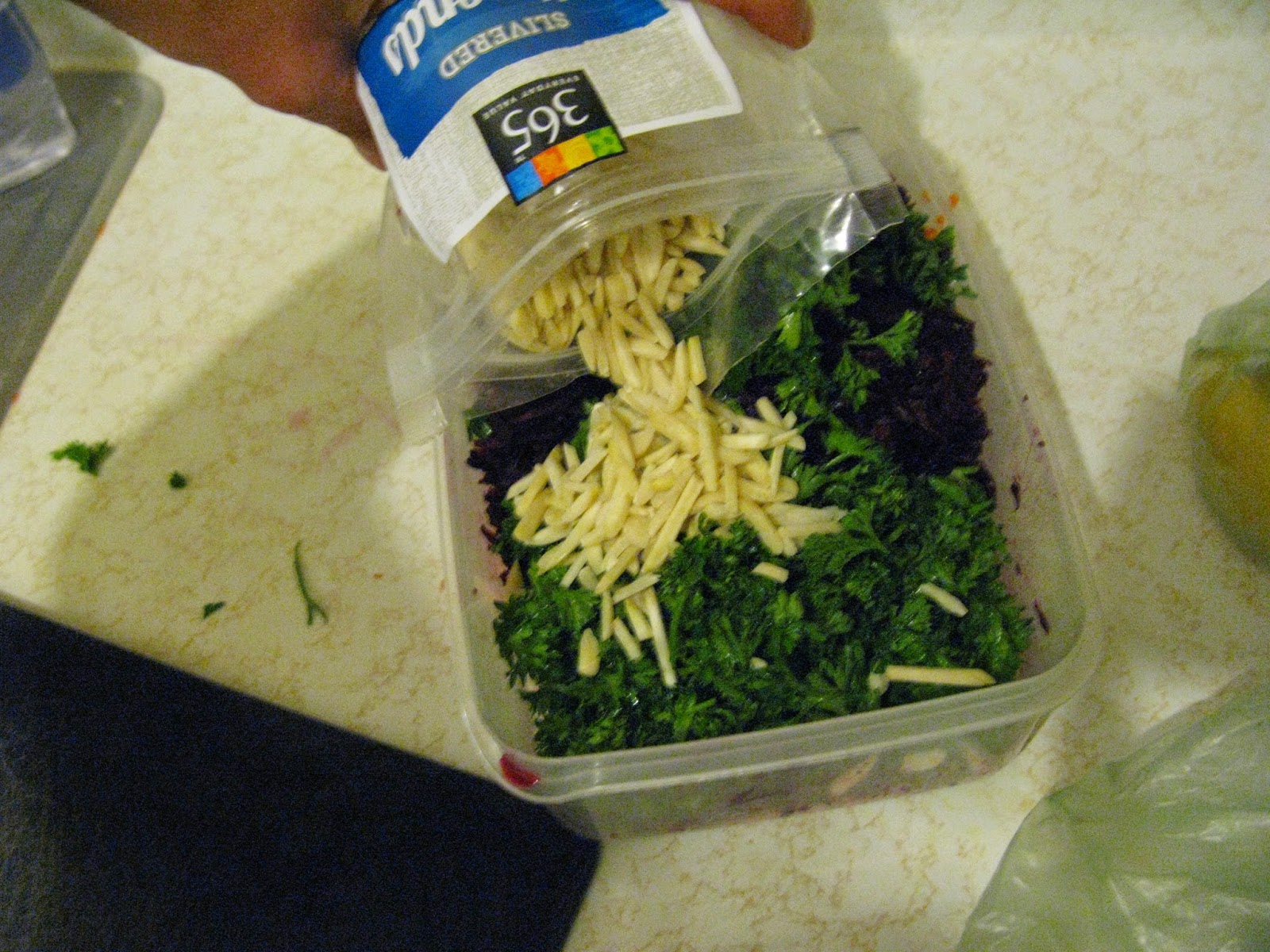 I squeezed in the lemon juice and poured in a little extra virgin olive oil. 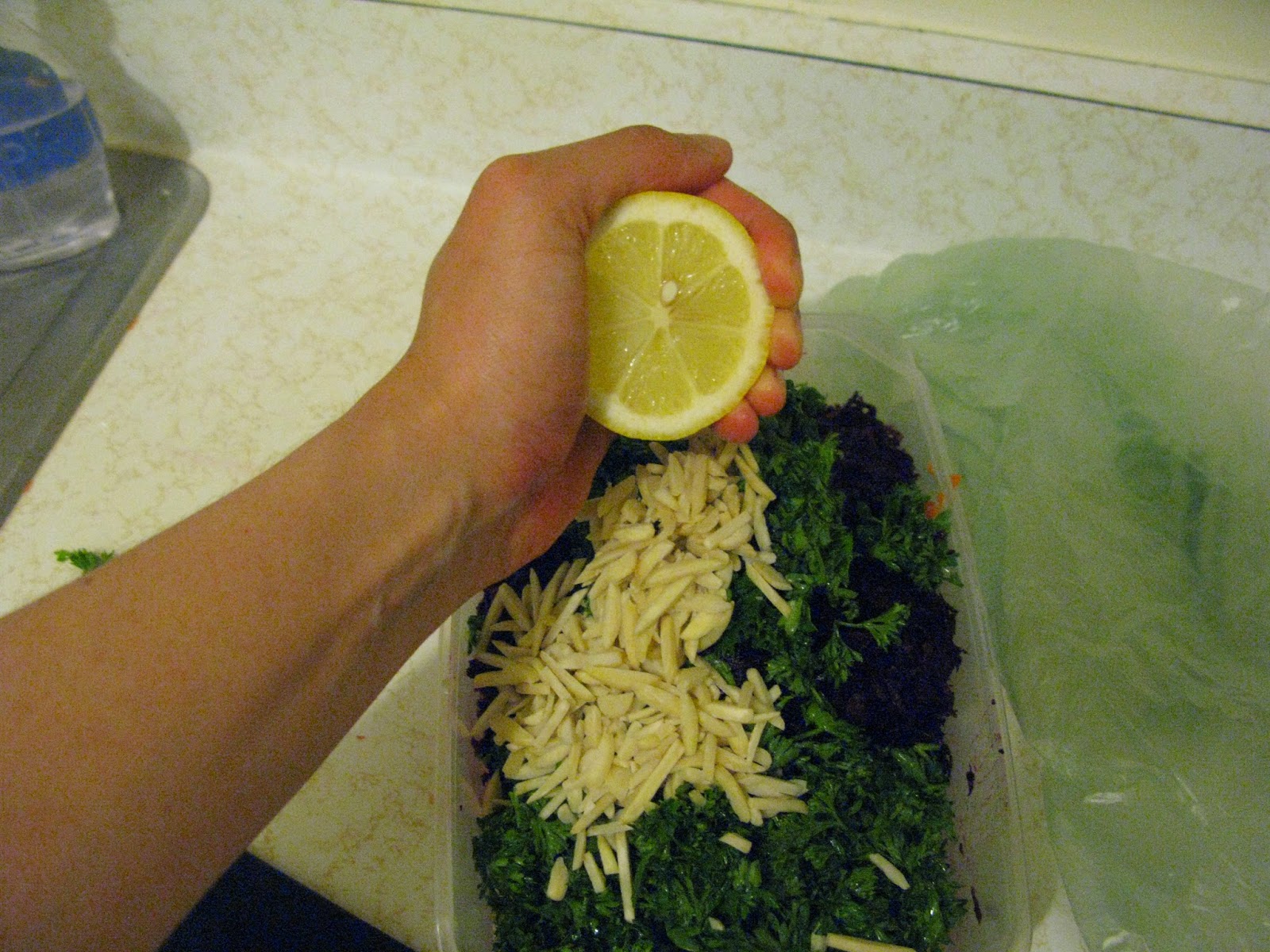 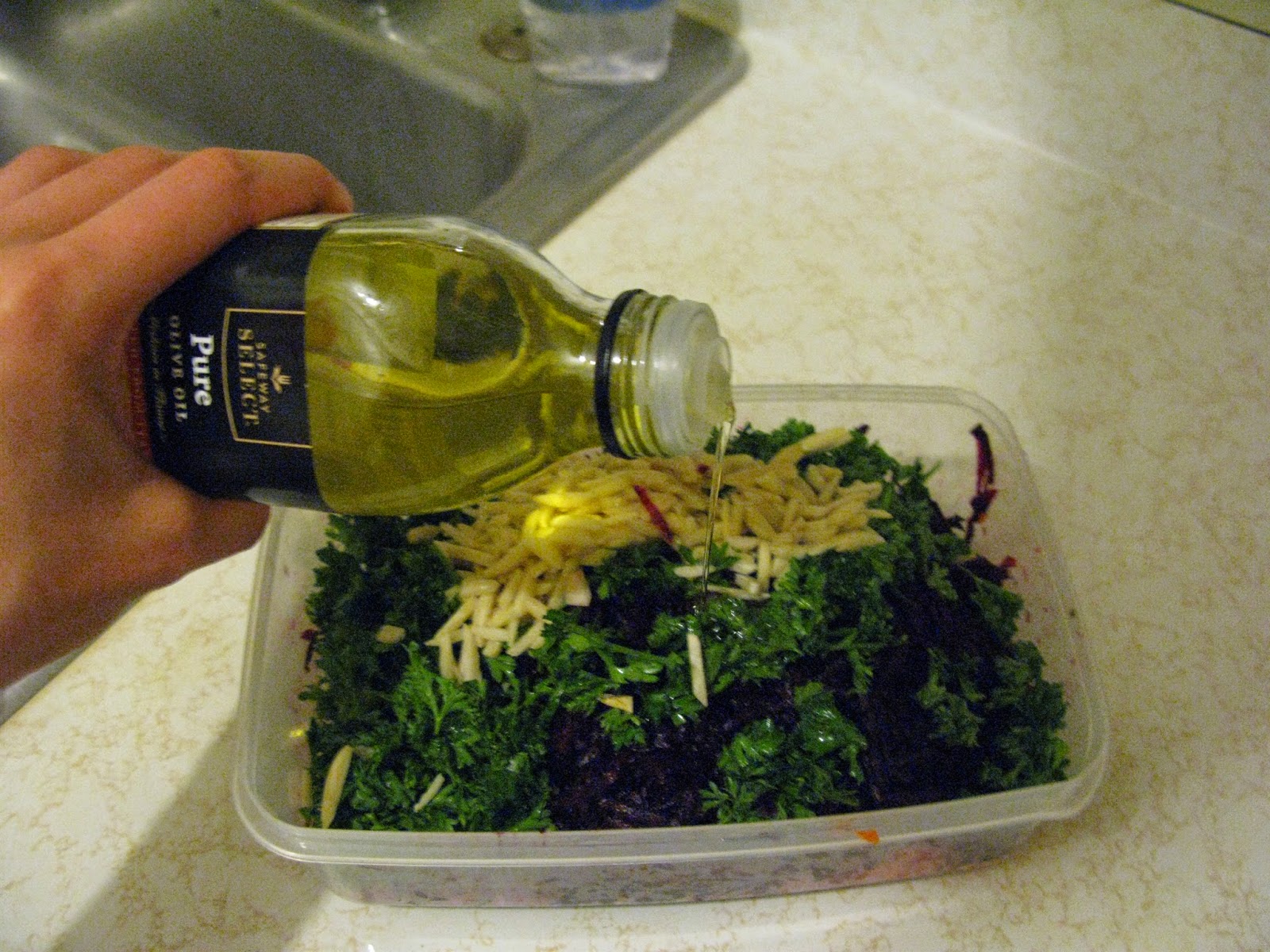 After adding salt and pepper, the salad was ready to go. 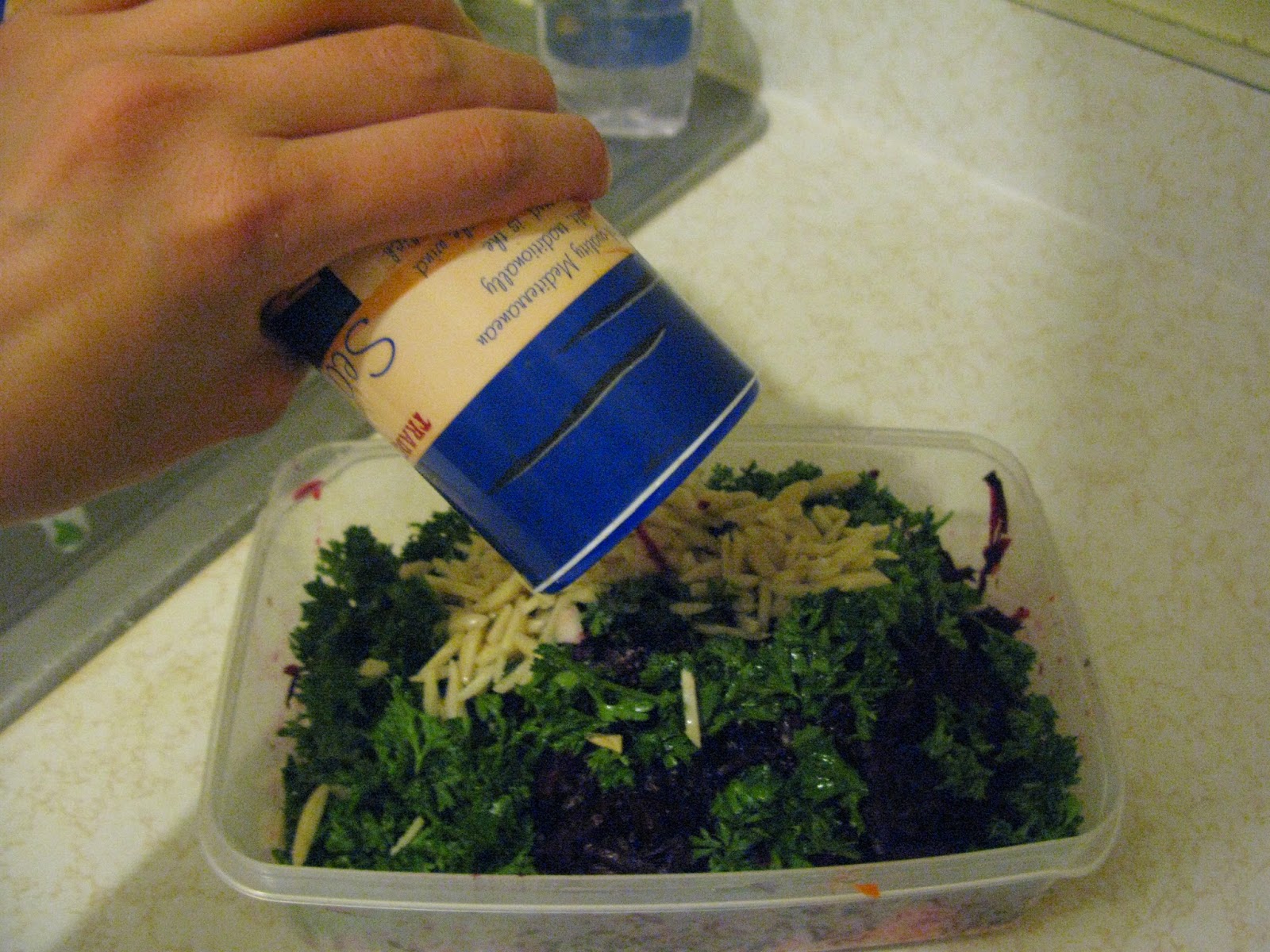 This was a flavorful and nutritious salad.  I like beets, but if you don't, this isn't the salad for you you.  It was bright and fresh. 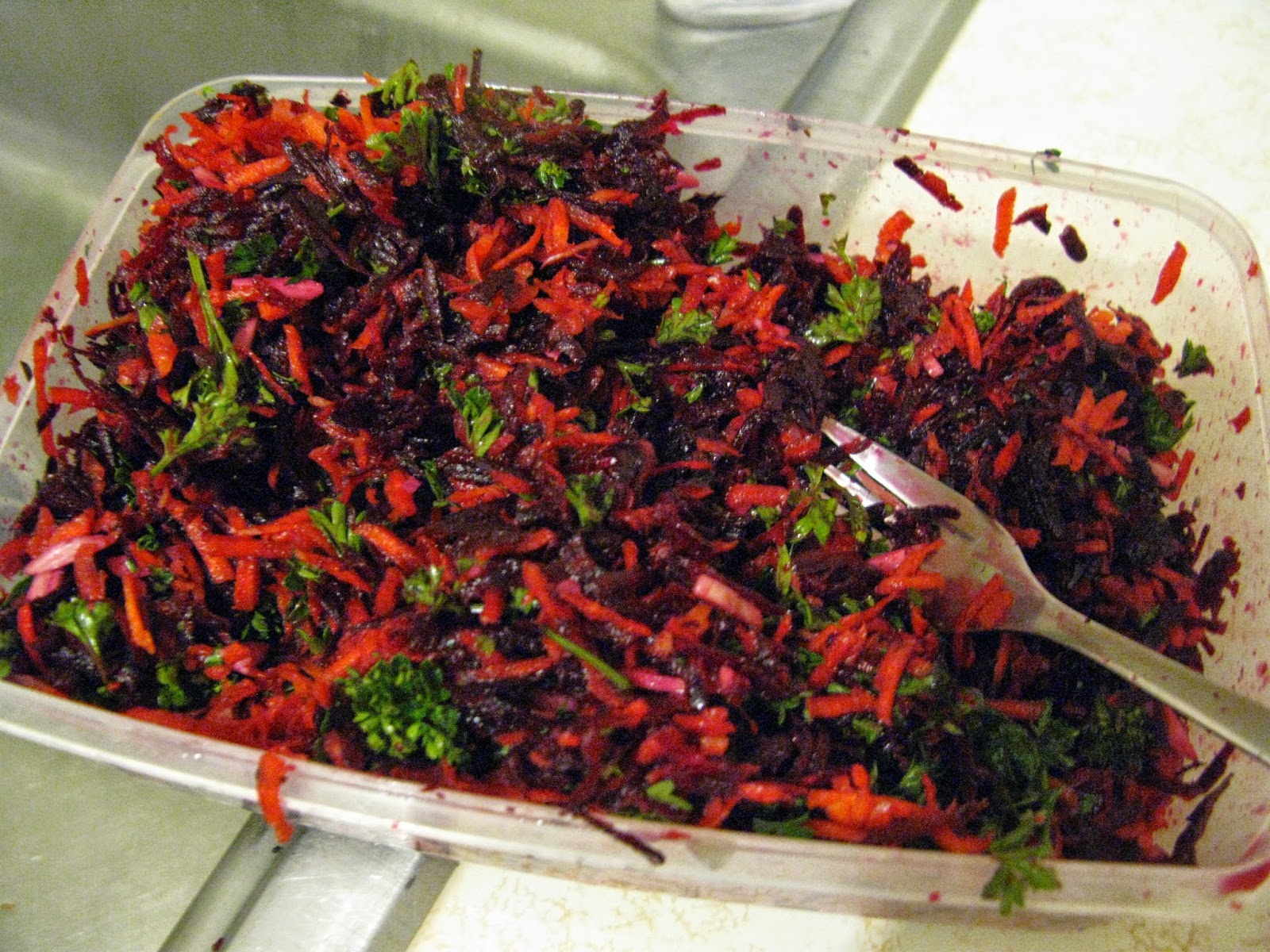 After a day the carrots became a beet red color, and the salad wasn't as pretty.  It still tasted the same, but it was monochromatic. 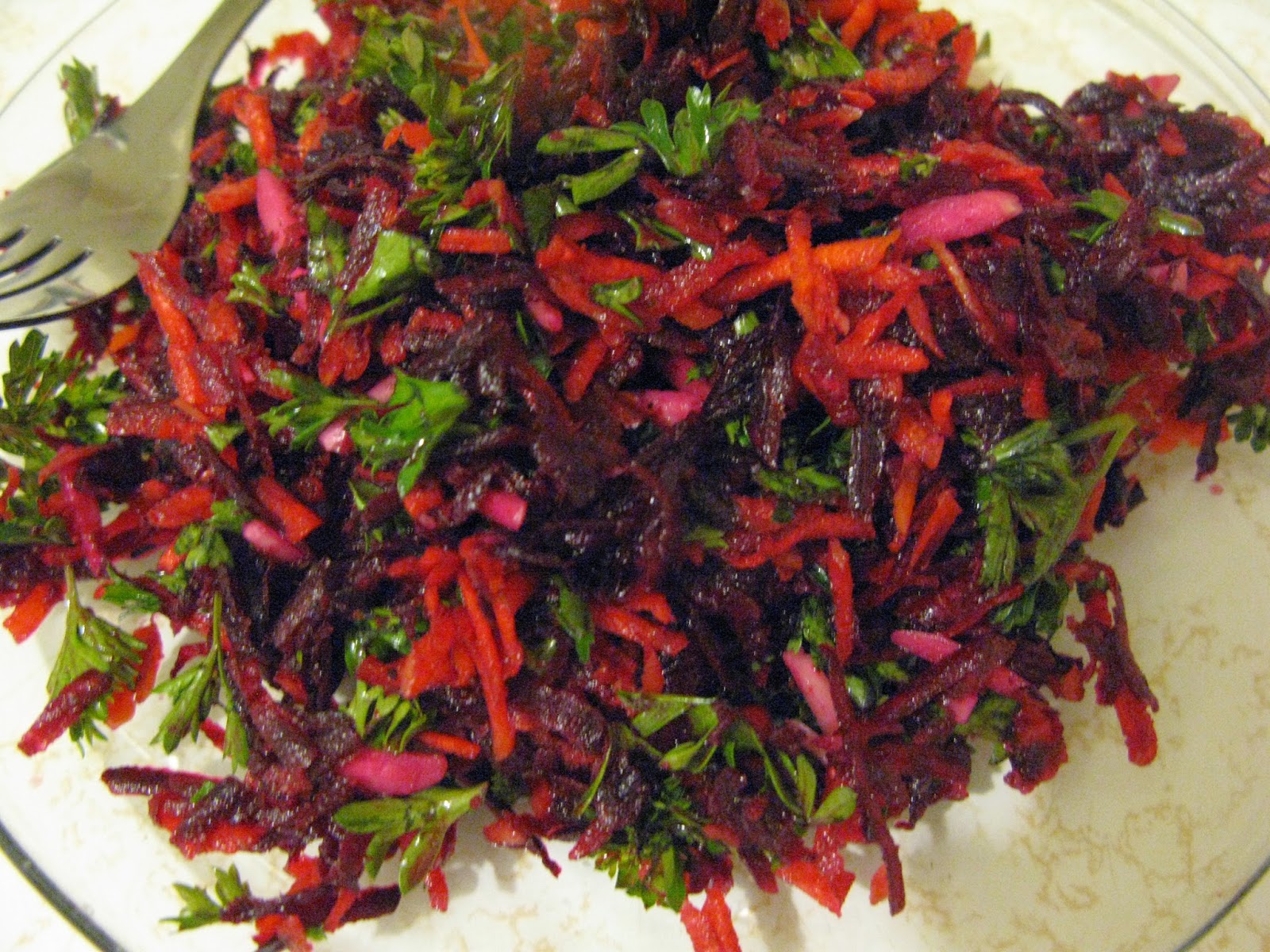