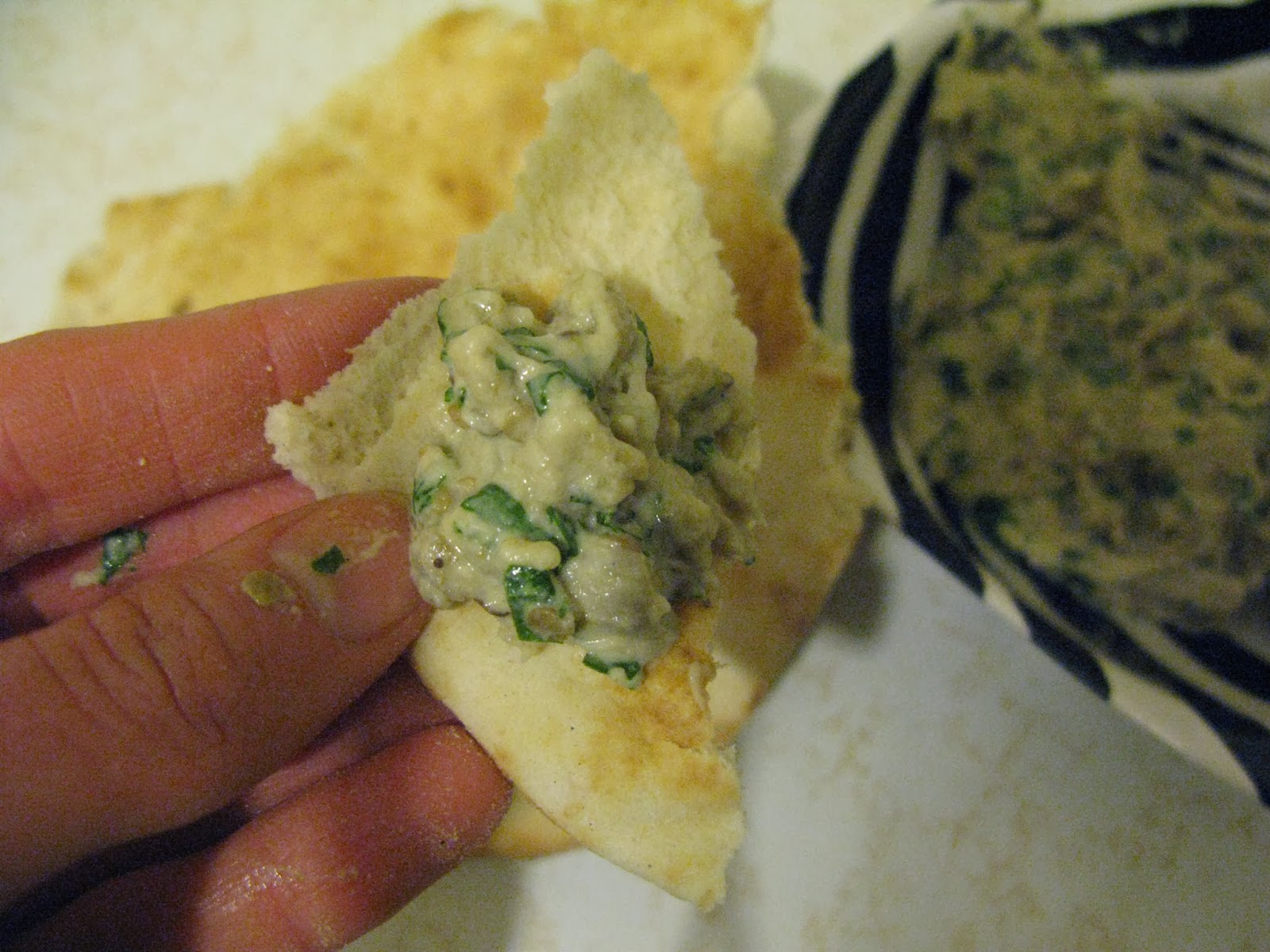 A few weeks ago I ate at a Middle Eastern restaurant named Tash with some friends. In the past, I rarely ordered appetizers, but I have gotten in the habit. We ordered some baba ganoush to share. I’m glad we did. I’m not sure I had ever eaten it before. It was so delicious, creamy, and savory. My entrée was a lamb shank stew. It was incredible. I’m definitely going back 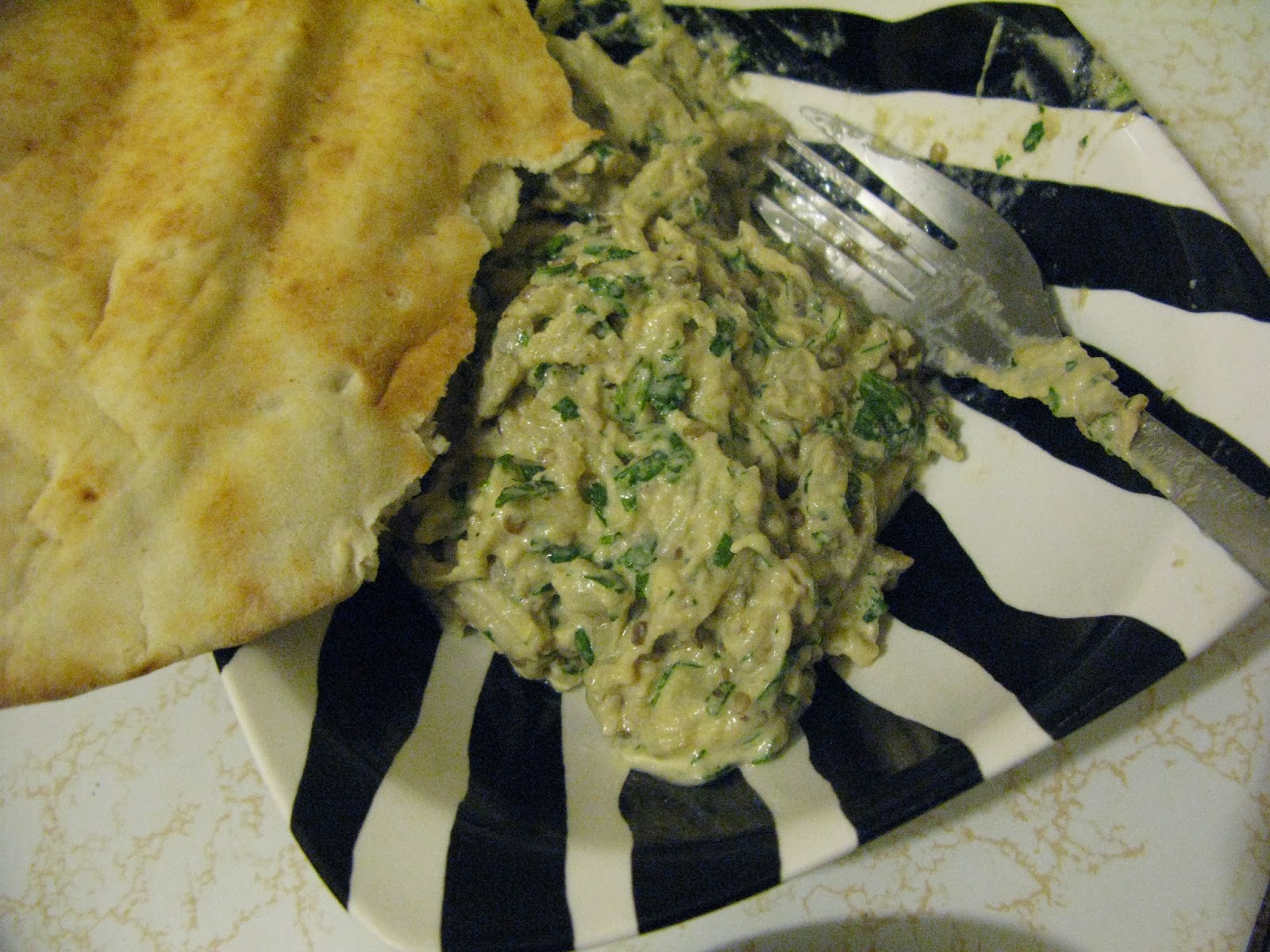 What is baba ganoush? It is an Arabic word that mean “father of pestle.” While searching for information about baba ganoush, I learned the work Levant. This dish originates in the Levant, an area comprising Cyprus, Lebanon, Syria, Palestine, Jordan, Israel, and southern Turkey. 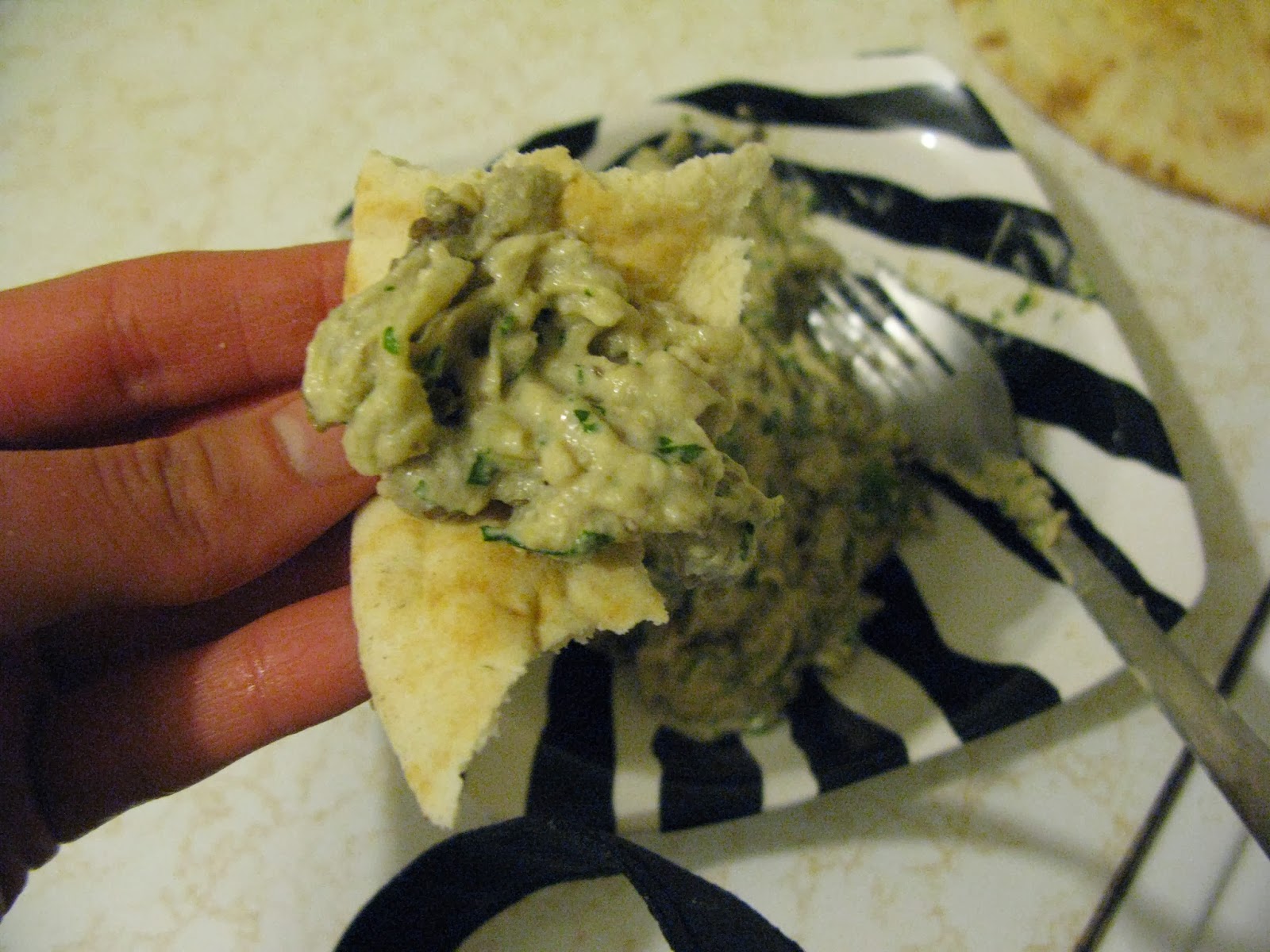 I decided to make my own at home to see if I could recreate the experience. It wasn’t quite as delicious, but it was still really good. I used a recipe from David Lebovitz’s blog.

The ingredients are 3 medium eggplants, ½ cup tahini paste, 1 ¼ teaspoons salt, 3 tablespoons lemon juice, 3 smashed garlic cloves, ¼ teaspoon cumin, 1 tablespoon extra-virgin olive oil, and a bunch of cilantro. He used chile powder instead of cumin. I could have used either parsley or cilantro. I had a heavy had with the salt and lemon juice.

I charred the eggplants under a broiler for several minutes. After the eggplants’ skin was charred, I baked them for 30 minutes at 370 degrees. The eggplants need to be soft. 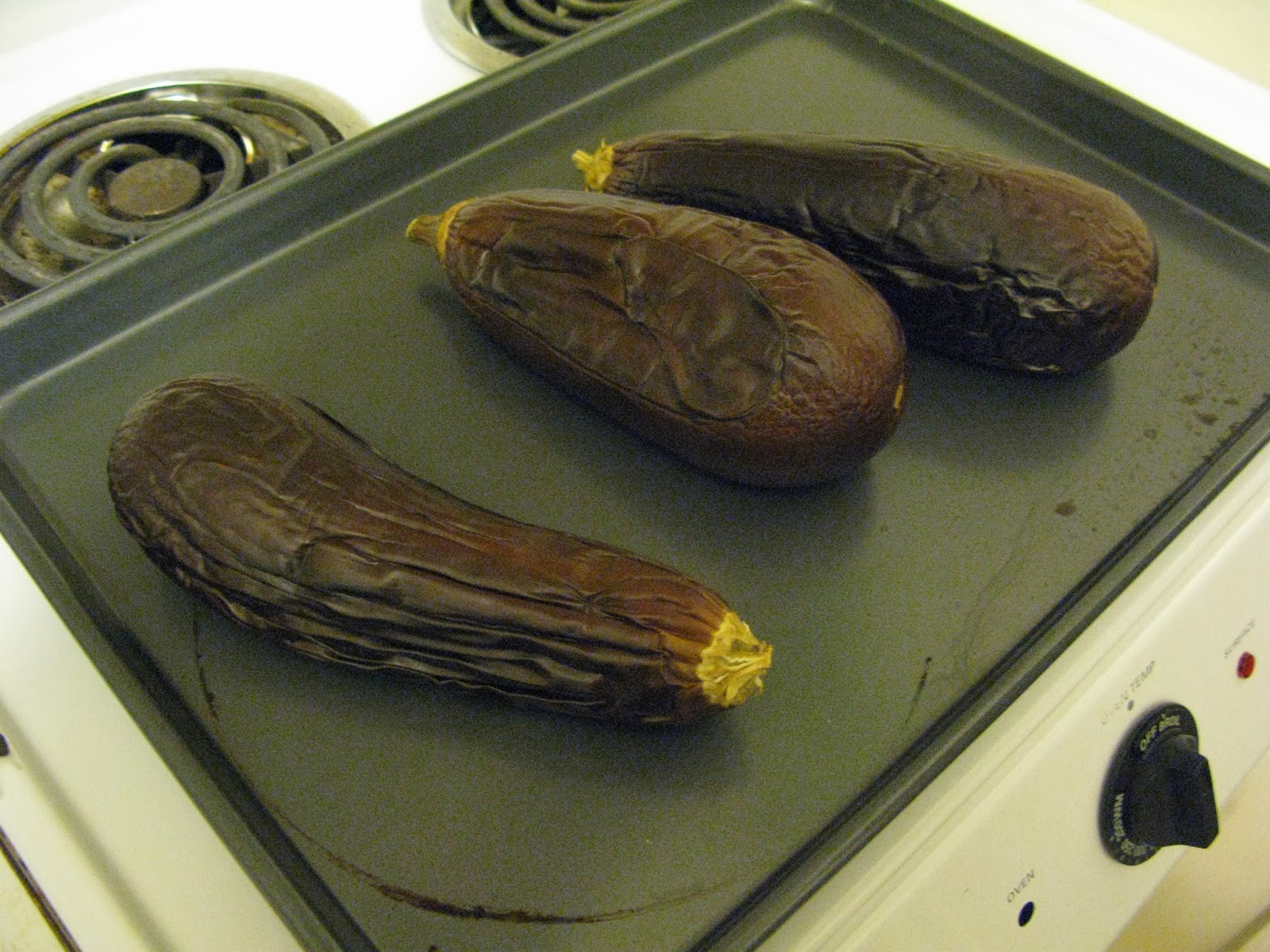 I let the eggplants cool. I then removed the cool eggplant meat and mushed it. He used a food processor, which I highly suggest. The texture was a little too clumpy for my taste. One of these days I’m going to invest in a food processor and a mixer.

I added all of the ingredients into the smashed up eggplants. 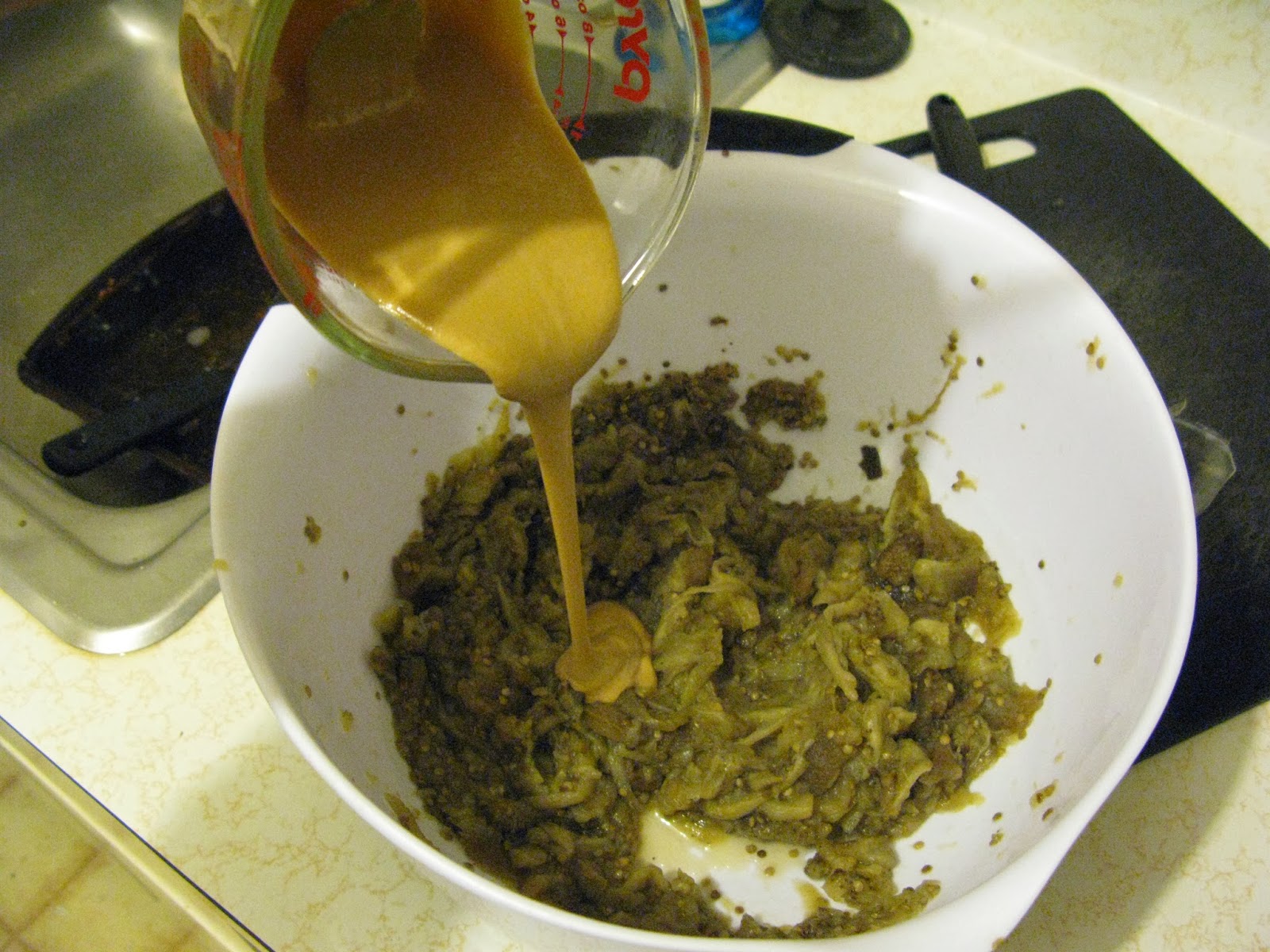 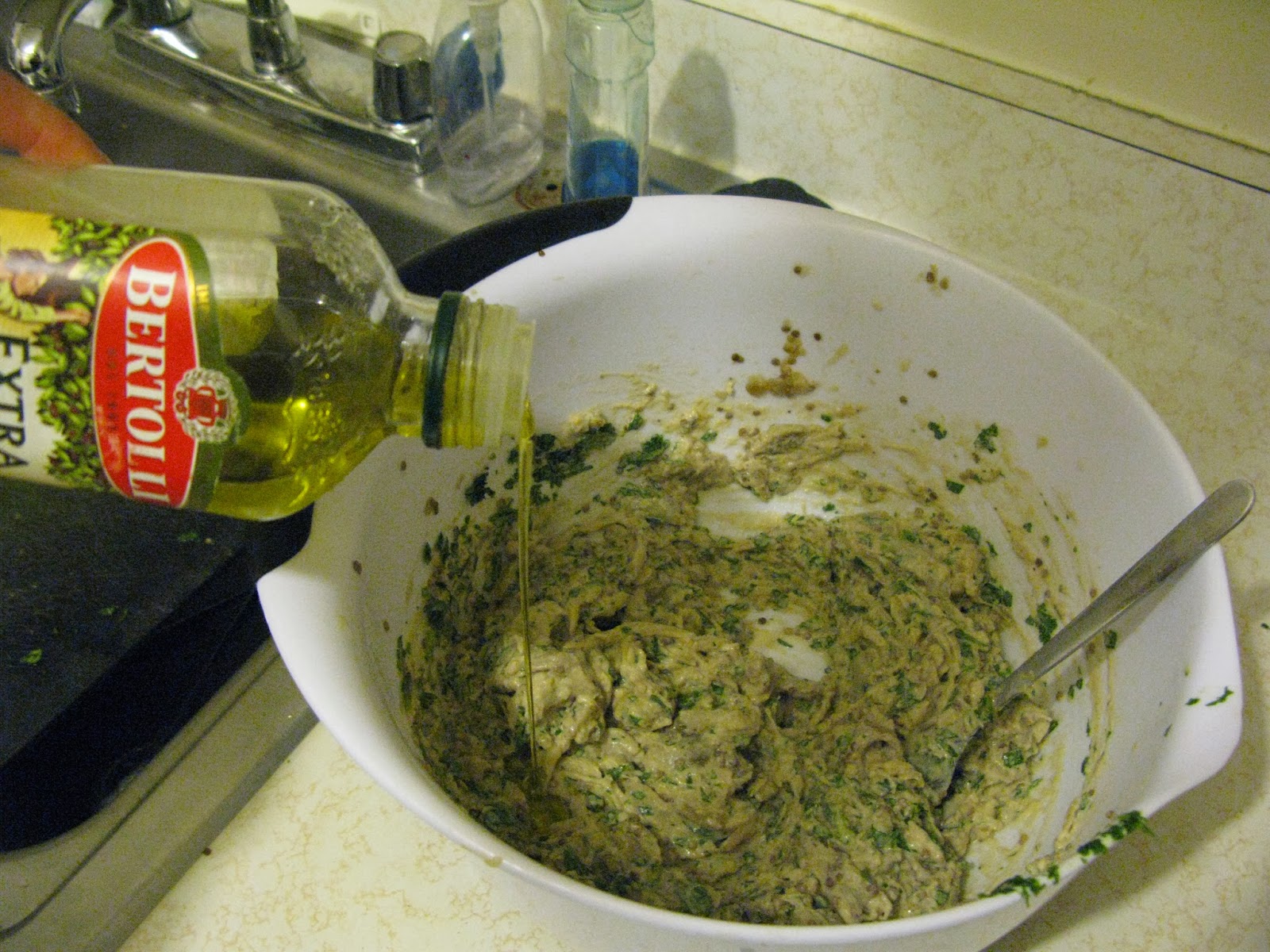 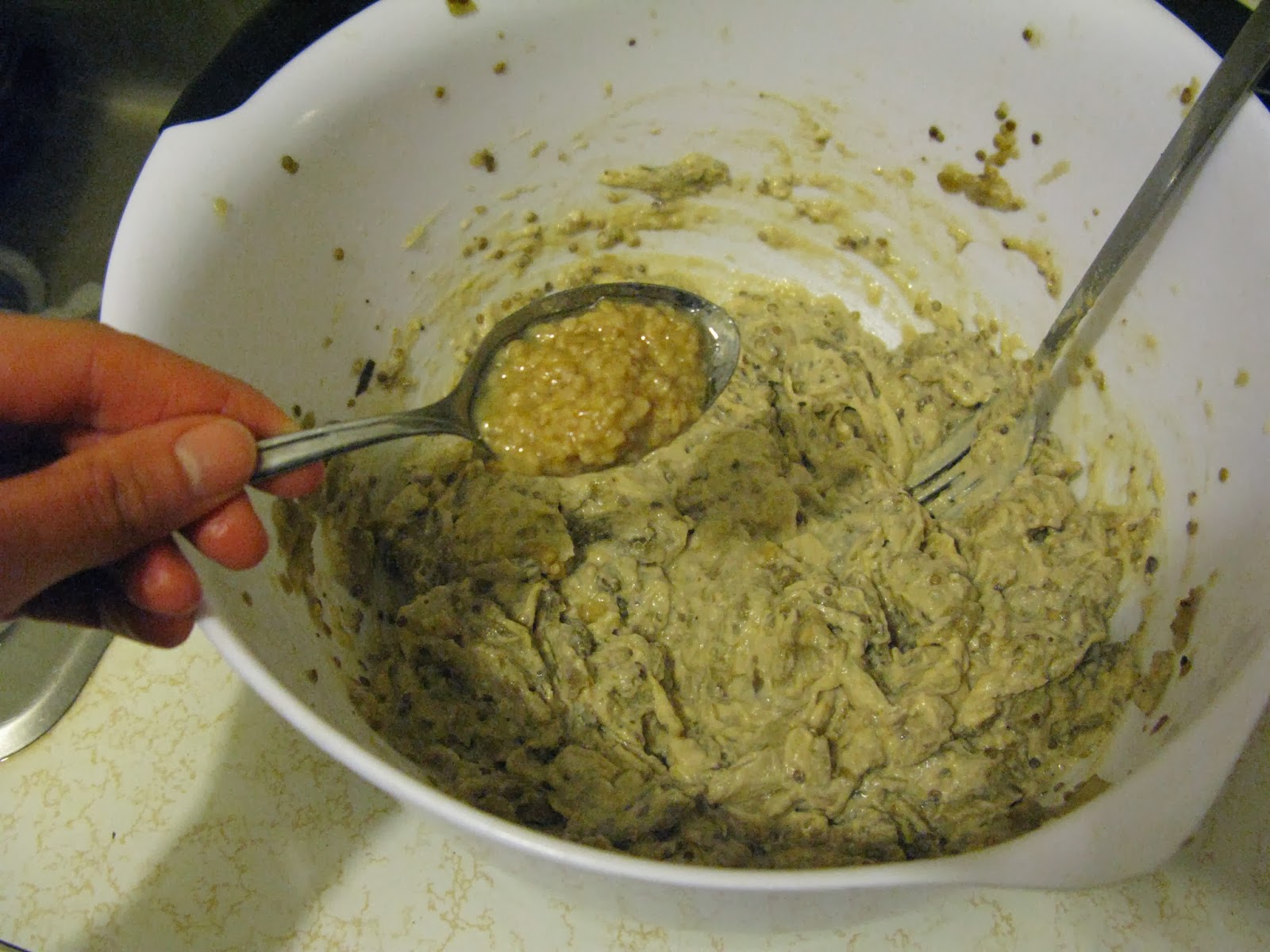 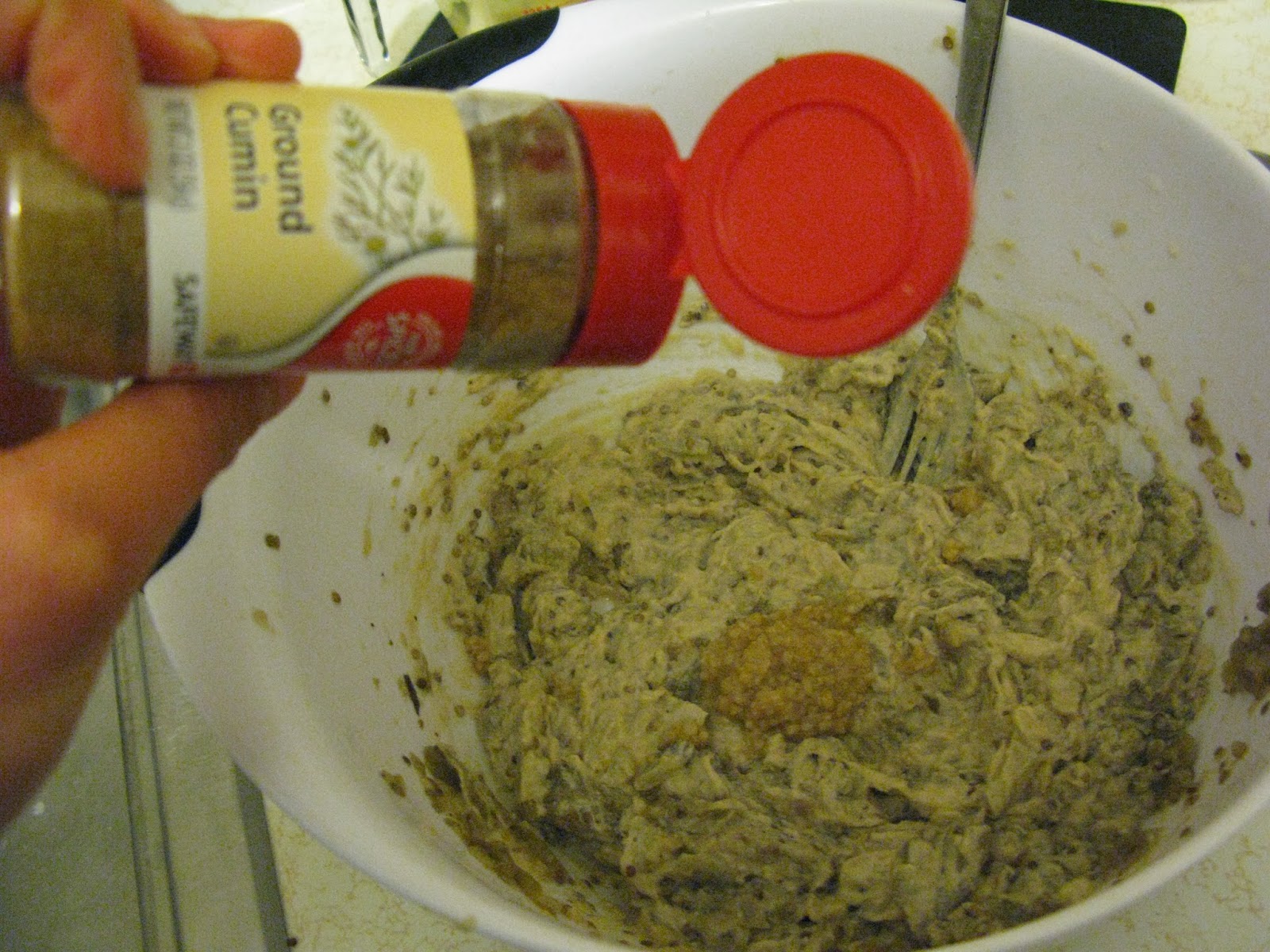 I chopped the cilantro finely. 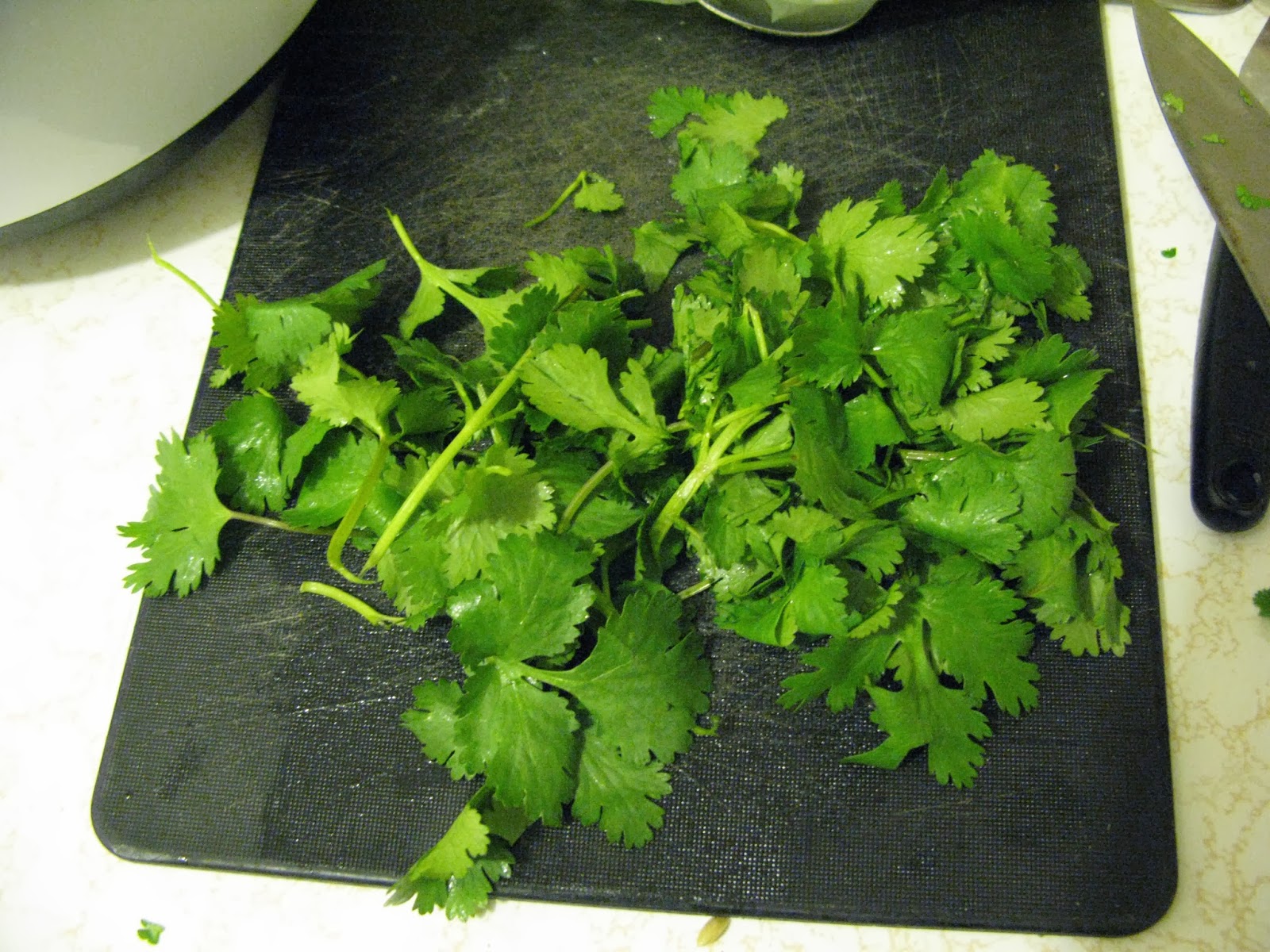 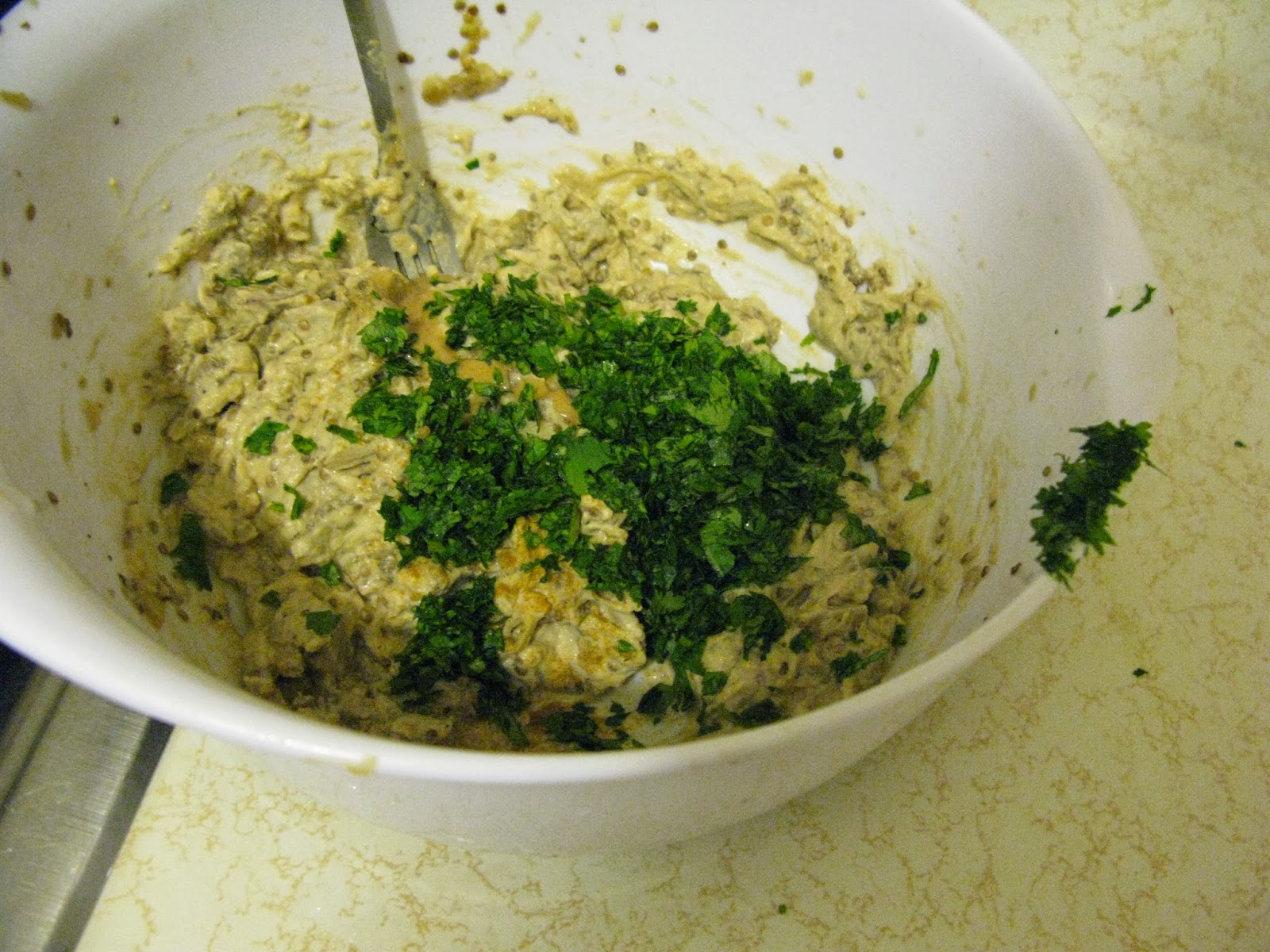 As I mentioned, I was heavy handed with the lemon juice. 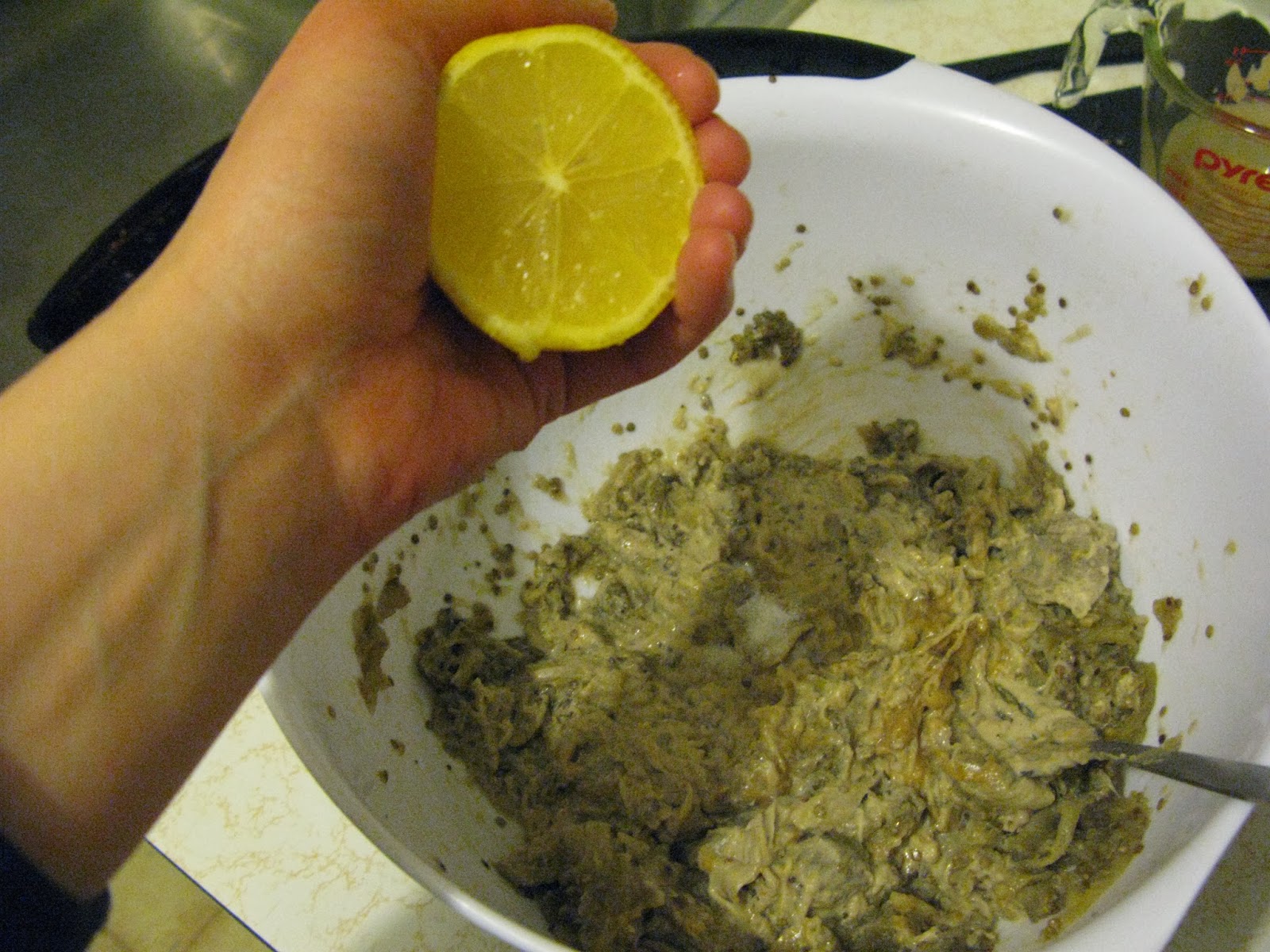 I stirred the ingredients and gave it a taste.  I ended up adding a little extra salt and cumin.  I ate it with pita.  It stored well and didn’t discolor because of the lemon juice.

I would have preferred a smoother texture, but it was delicious.  It was smoky from the cumin and fresh from the lemon juice and cilantro.  It has a strong garlic kick as well. 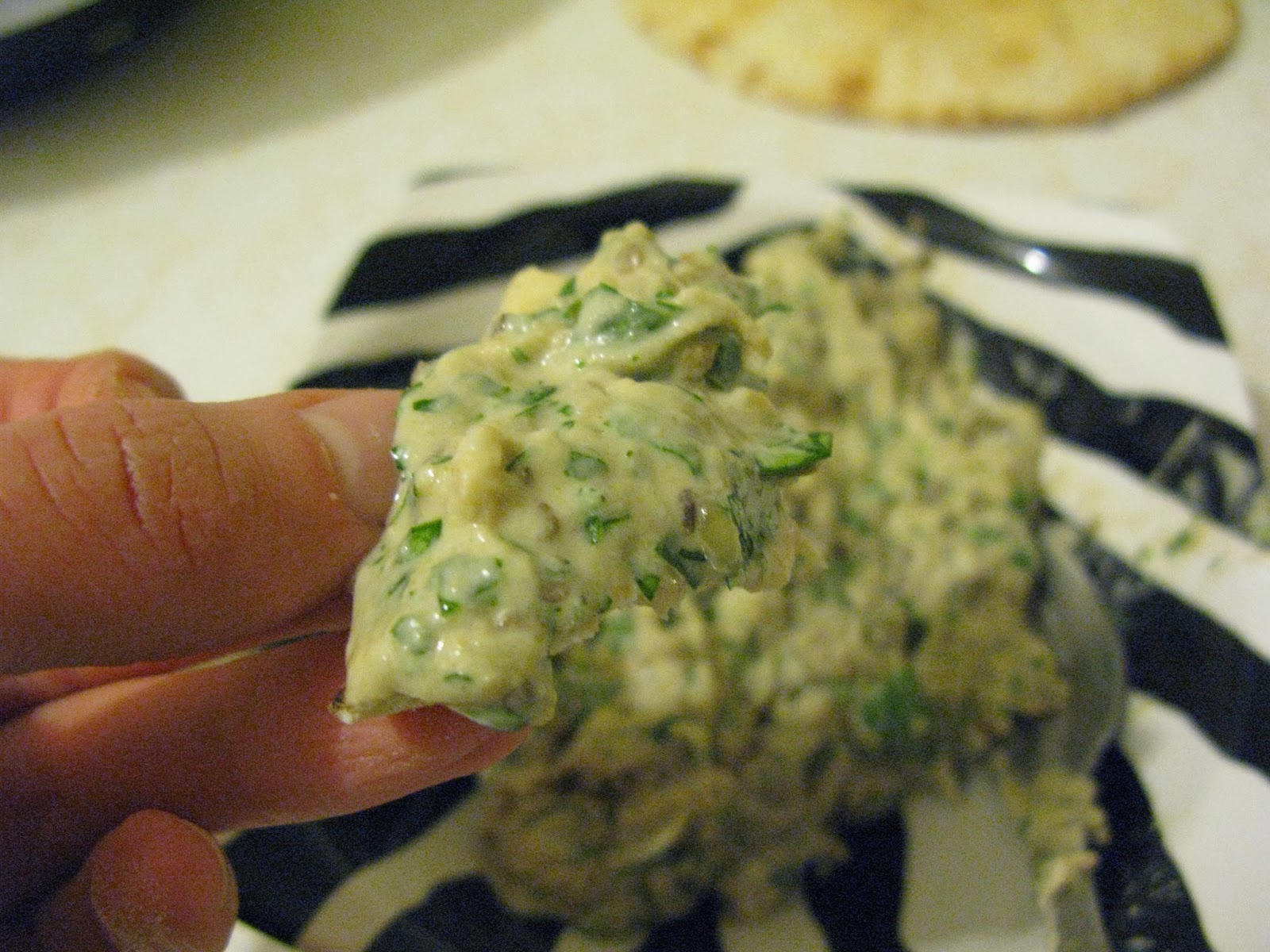 I love baba ganoush, but have never tried making it myself before. Yours looks great!

Such a great dip!! It's one of my favorites.

I never tried making my own ganoush but now you have me interested! Looks great!

It's pretty easy! I would definitely give it a try!

WOW this looks SO amazing :) and thanks so much for sweet words on my blog.

Have a lovely day dear

LOVE Maria at inredningsvis - inredning it's, Swedish for decor :)

Maria, I really liked your blog! I'll be sure to check out your new post!