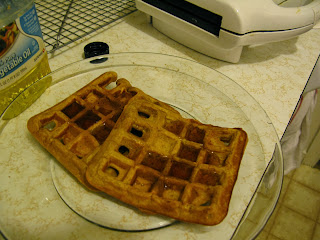 Is there a more quintessential holiday flavor than gingerbread? I think not. Gingerbread has a long and glorious history. According to Wikipedia, documented instanced of gingerbread trade occurred as early as the 17th century. Each European county and the U.S. have their own form and name for gingerbread. Apparently, a Polish variety was a favorite of Chopin. Gingerbread is flavored with ginger and sweetened with honey or molasses.

Why eat regular old gingerbread when you can eat it in waffle form? That way you can lather it with maple syrup, and everyone knows waffles are healthier than cake. This Rachel Ray recipe includes the required ginger and molasses. She also added pumpkin. I substituted the spices with pumpkin pie spice. The spice blend included ginger, but this move might have hurt the waffles’ gingerbread street cred. 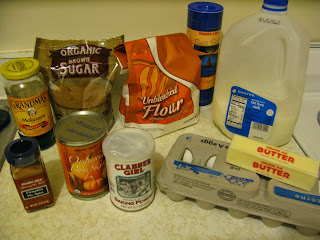 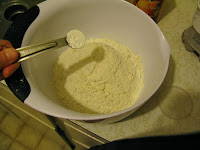 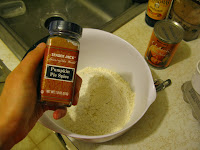 In another bowl, I combined the brown sugar and eggs. I whisked these ingredients vigorously until “fluffy”. I am not really sure what that means. 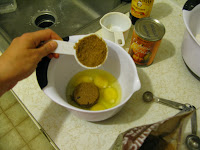 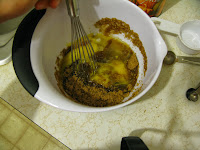 To the fluffy eggs and sugar, I added the pumpkin, milk, molasses, and melted butter. I beat this mixture until everything was well combined. 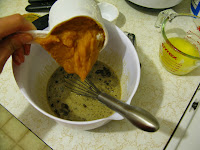 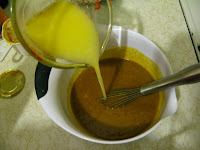 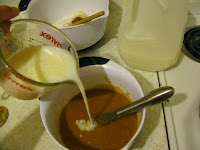 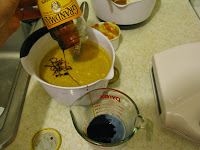 I poured the liquid mixture into the dry mixture and stirred everything together until things were pretty well amalgamated. There were still a few lumps and bumps. 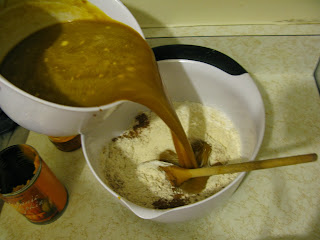 I greased my waffle iron and added 1/3 of a cup of batter into each waffle square. I cooked the waffles until indicated by my waffle iron. This waffle iron was a gift from my brother and sister in-law. 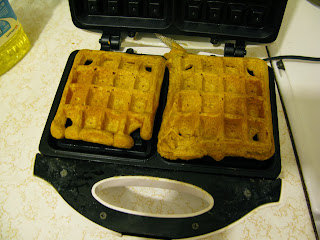 These are earth shattering, mind blowing waffles. That might be an exaggeration, but over 100 people gave this recipe 5 out of 5 stars. It is possible that these waffles are better than any other waffle you have eaten in your entire life. Do you really want to risk never tasting the best waffle you’ll ever encounter? It seems like too big of a risk. I ate mine with maple syrup, but pecans and whipped cream would be lovely as well. 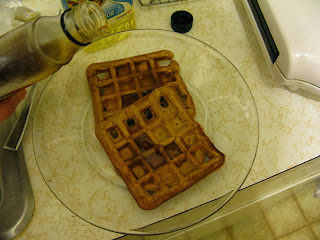