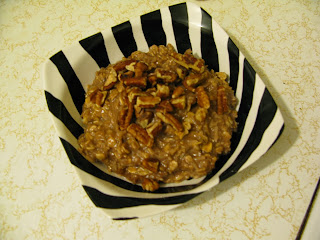 This isn't much of a recipe, but I am going to share it anyway because it's so ingenious.  Earlier this year I went and visited by brother and sister in-law's family in Illinois.  They have four children who I don't get to visit regularly.  I had a wonderful time.

I stole their idea and have been eating chocolate oatmeal since visiting them.  I occasionally like to spice things up by adding other tasty morsels.  For this particular breakfast, I used 1 cup milk, 1/2 cup old fashioned oats, 1 packet hot chocolate, 1/4 cup shredded coconut, 1/4 teaspoon salt, and chopped pecans. 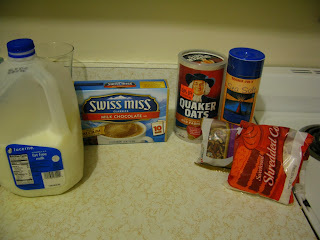 I combined the oatmeal, salt, and milk in a saucepan.   Over medium heat I stirred until the oatmeal had thickened. 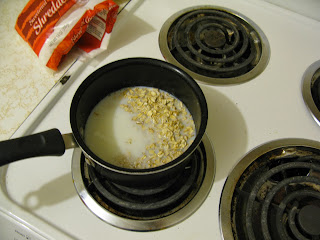 Once thick, I added a packet of hot chocolate mix. 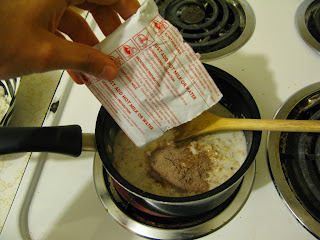 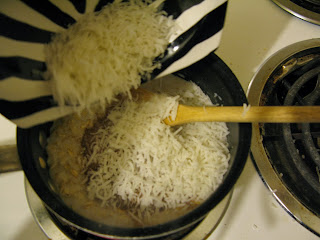 I stirred and then removed the oatmeal from the burner.  It looks like no bake cookie batter. 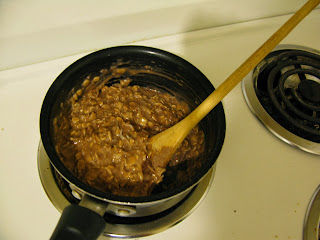 As a final flourish, I added chopped pecans as a garnish. 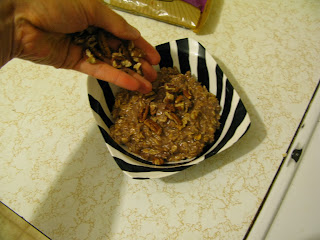 It's a dessert breakfast!  Unlike a donut or chocolate muffin, it actually is pretty healthy.  It has lots of good fiber and calcium.  Another excellent oatmeal combination is peanut butter and hot chocolate.  It's like peanut butter cup oatmeal. 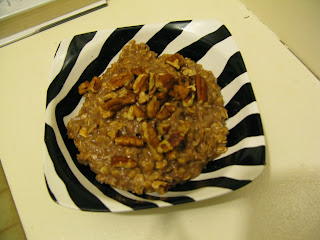