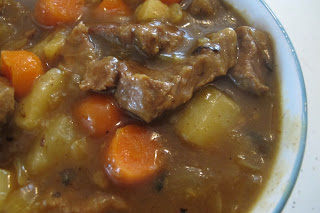 I didn't know Japan did curry.  I think I saw a reference to Japanese curry on Pinterest and then searched for a recipe online.  Apparently curry is a popular dish in Japan. 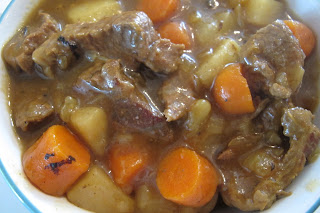 Curry was introduced to Japan during the Meiji era, which went from 1868 to 1912, by the British.  At this time India was a British colony.  It became popular in the 1960s and is now considered one of Japan's national dishes. 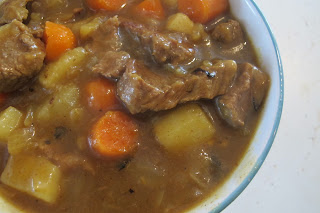 Curry is served  three ways in Japan:  over rice, over noodles, or in a pastry.   Carrots, onions, and potatoes are often used in Japanese curry. 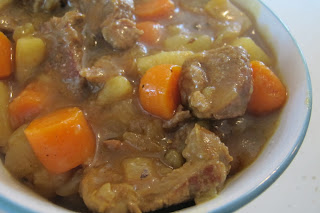 Japanese families often use an instant curry roux that comes as a block or powder for their curry sauce.  The curry sauce can also be made by frying together curry powder, flour, and oil, along with other ingredients. 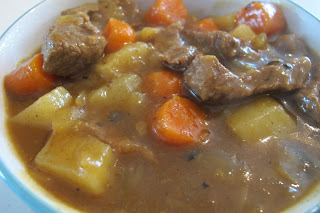 There is one version of Japanese curry that has a breaded and fried pork cutlet on top of the curry and rice.  That sounds particularly delicious. 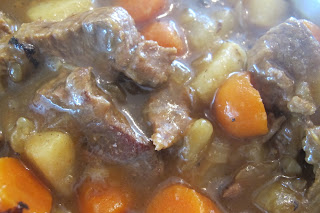 I found this Japanese curry recipe on food.com.  I used twice and much beef and added cornstarch to thicken the sauce.  I used more bullion as well. 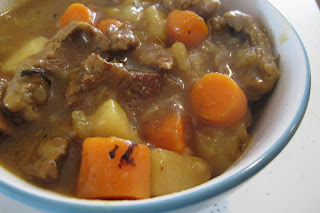 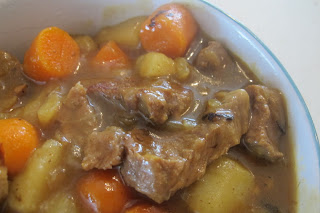 I added the oil and meat into a pan.  I sautéed the meat until it was fully cooked. 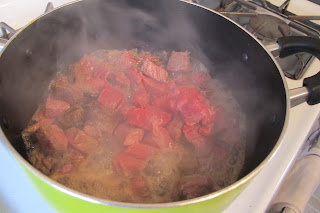 I added one cubed onion, chopped potatoes, and chopped carrots.  I sautéed the vegetable and meat together for a few minutes.

I added a cup of water and brought it to a boil.  I turned the heat down and cooked it for 40 minutes. 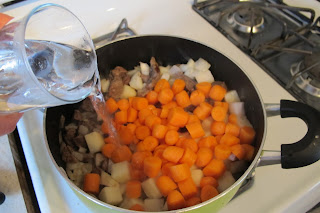 In a microwave safe pool, I added the chicken bouillon and three cups of water.  I brought this to a boil in the microwave. 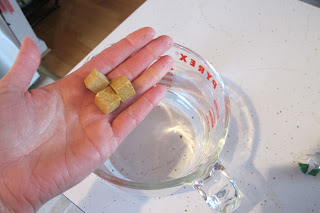 In another pot, I melted the butter.  I added two chopped onions, garlic, and ginger.  I sautéed this mixture until the onions had softened.

I added flour and curry powder into the sautéed onions.  I cooked this for a few minutes.

Once the sauce was thick, I added garam masala and salt. 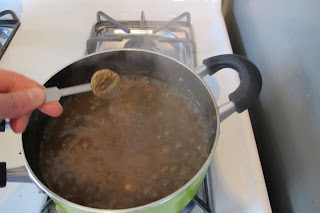 After the vegetables and meat had simmered for 40 minutes, I added the thickened roux.    I let all the ingredients simmer for an additional ten minutes. 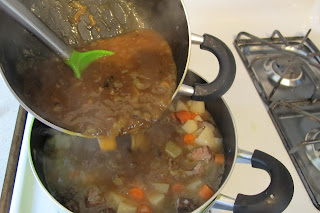 It takes a bit of time to make, but this curry was well worth the efforts.  The flavors were well developed.  It was flavorful and savory. 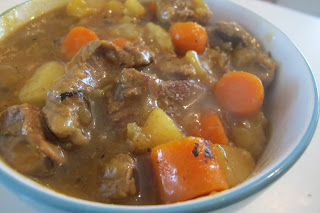 The meat was fork tender, and the vegetables were soft.  The curry sauce was mouthwatering. 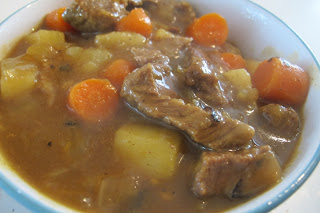 It was aromatic and appetizing.  It warm warm and hearty too.  It made a great winter meal. 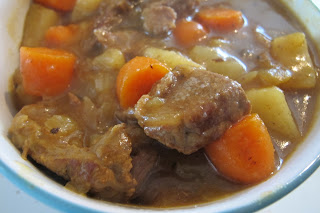 It was nourishing and satisfying.  I was very pleased with the results.  I can see myself making it more than once. 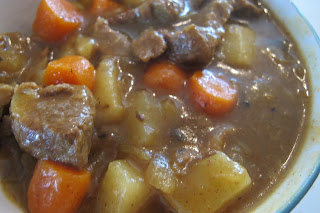