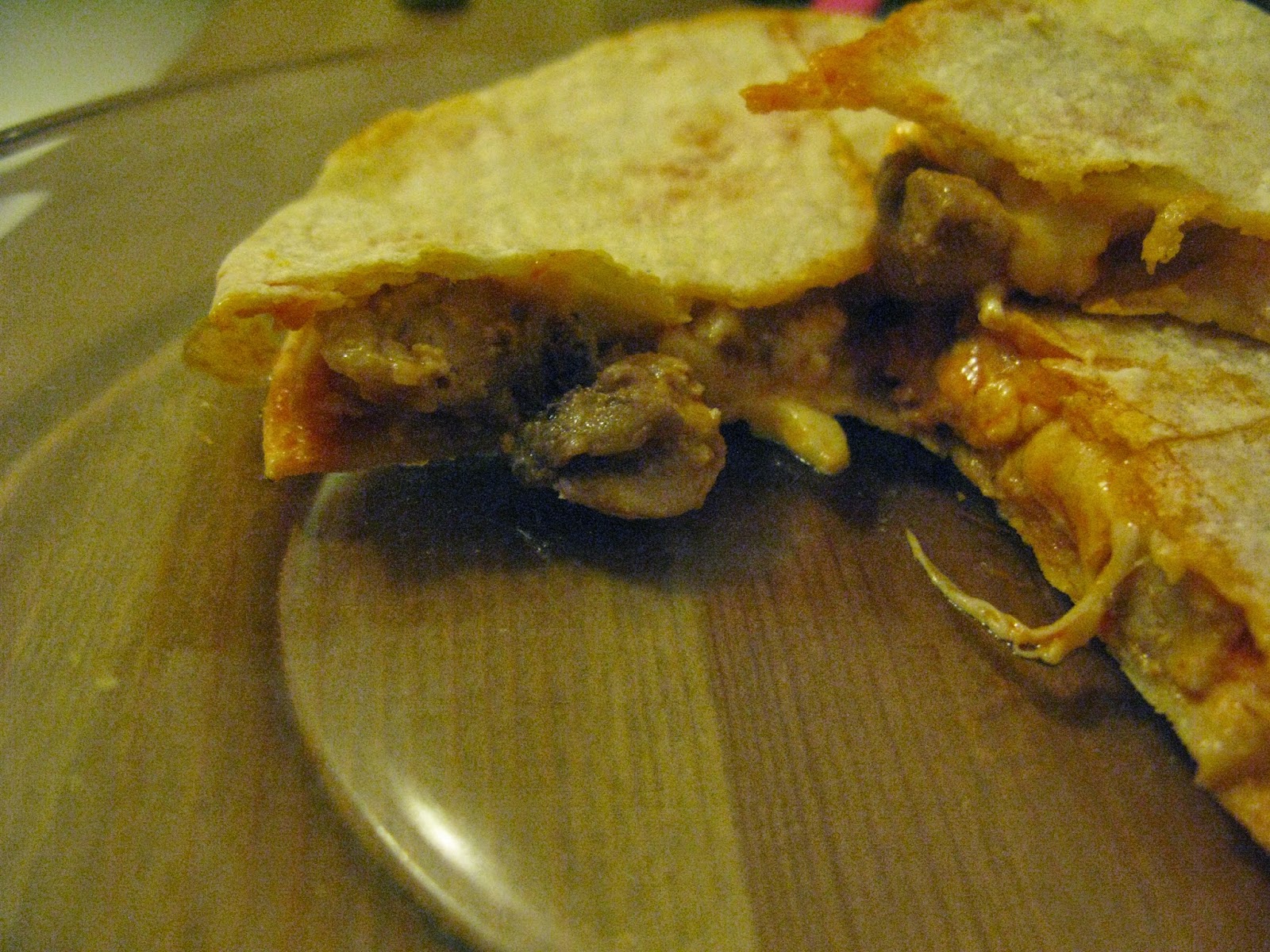 I have been trying to start a book club, but it has been slow going.  I'm not sure if it's the cold weather or disinterest that is to blame. 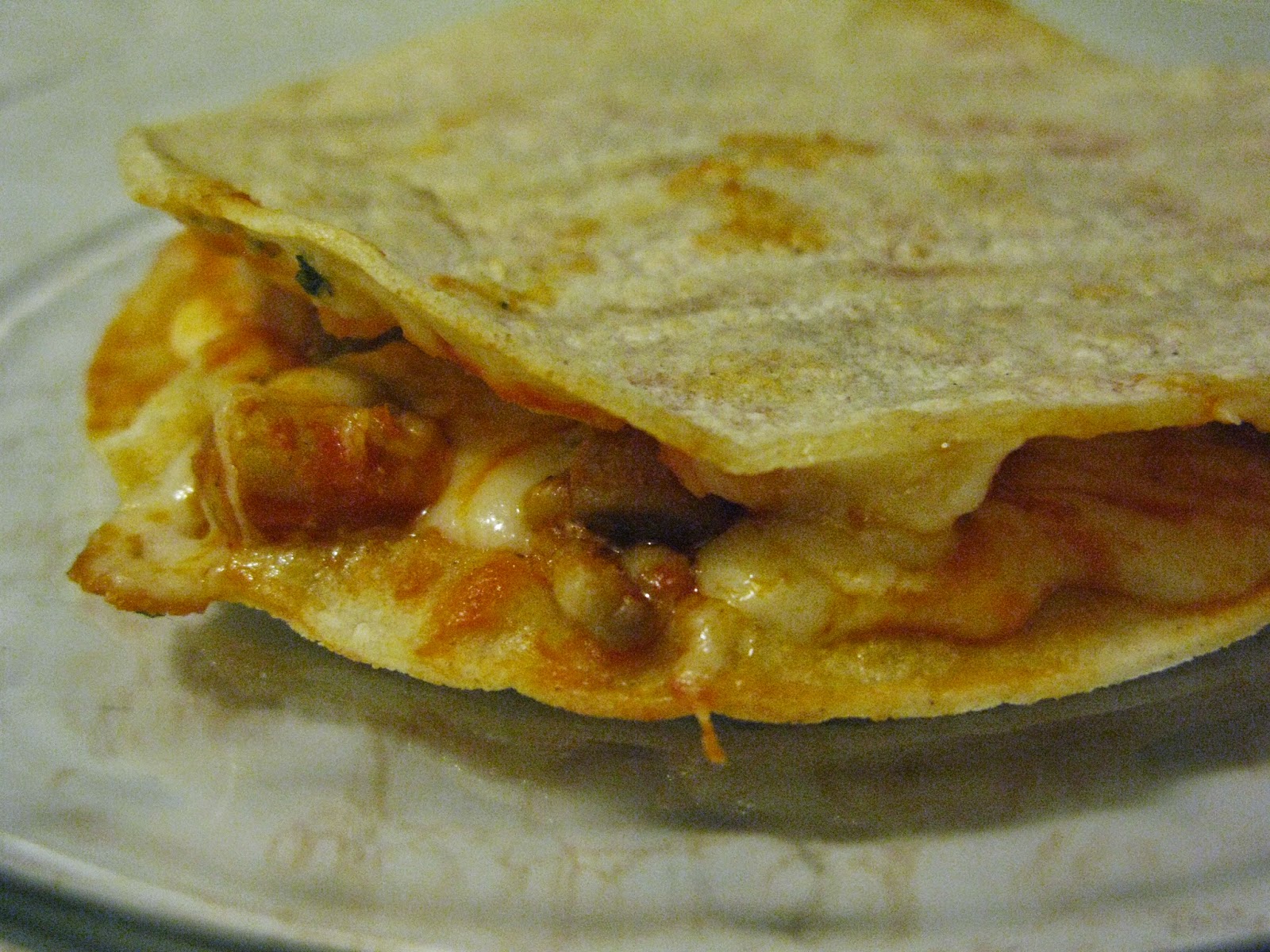 I have discovered that interest can have many different meanings.  Sometimes people say they are interested when they are 100 percent committed. 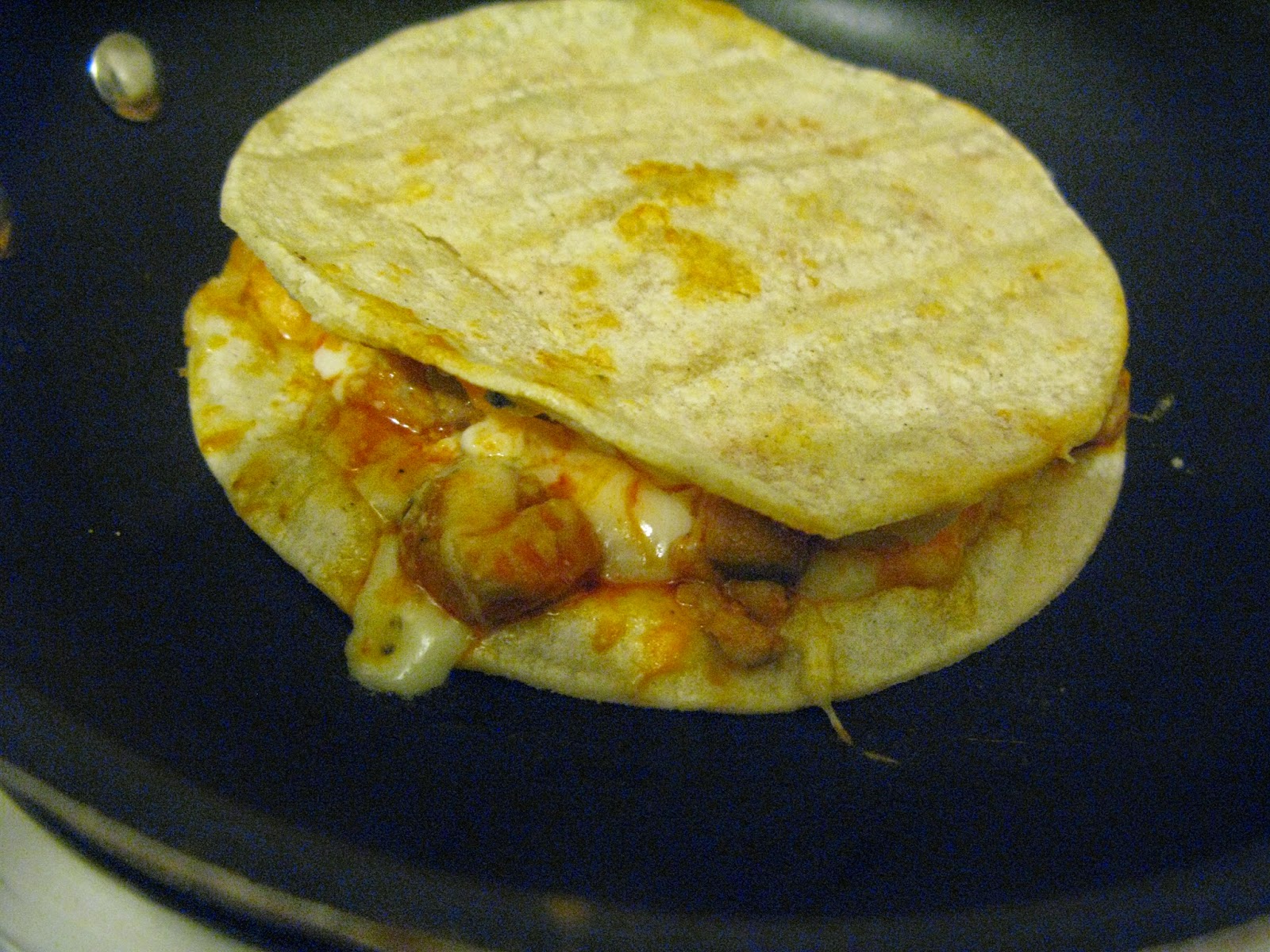 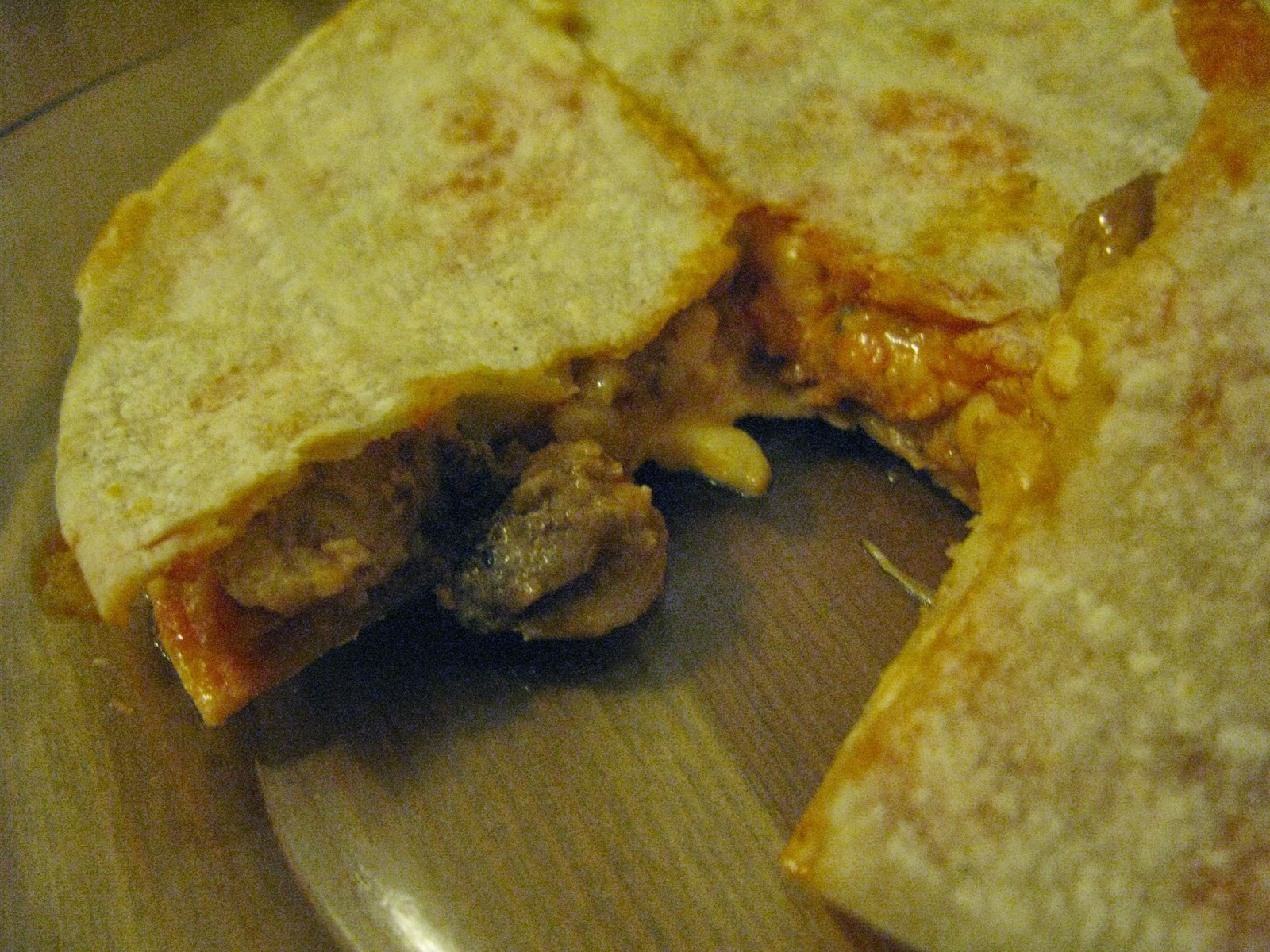 My problem is I don't know which is which. 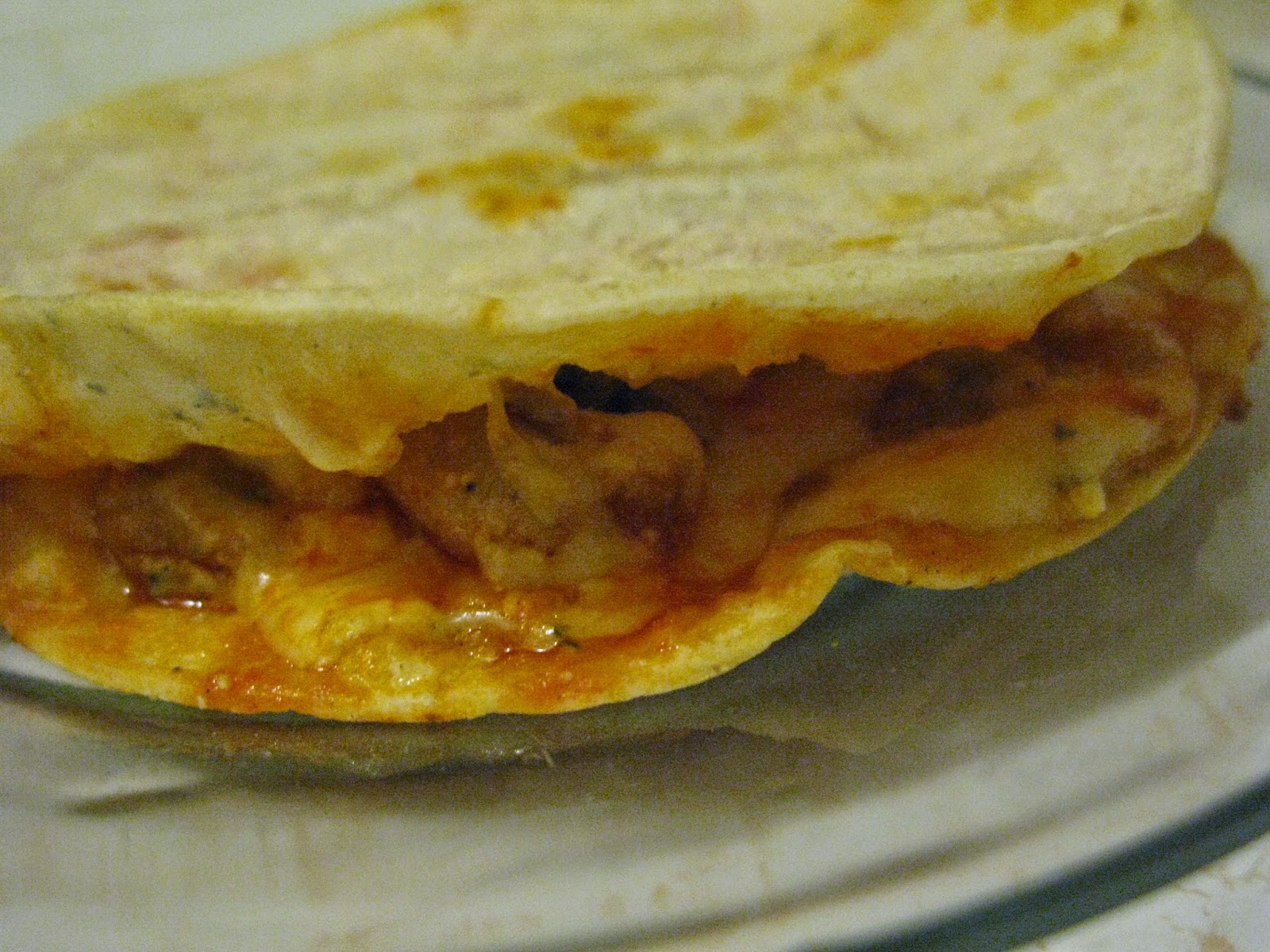 Most of the time I don't care if people are noncommittal.  For example, I'm indifferent if you want to go to the movie or not.  Other times it would be good to know.  If I am making reservations or planning a trip, I like a solid, firm commitment.  Otherwise it's hard to plan. 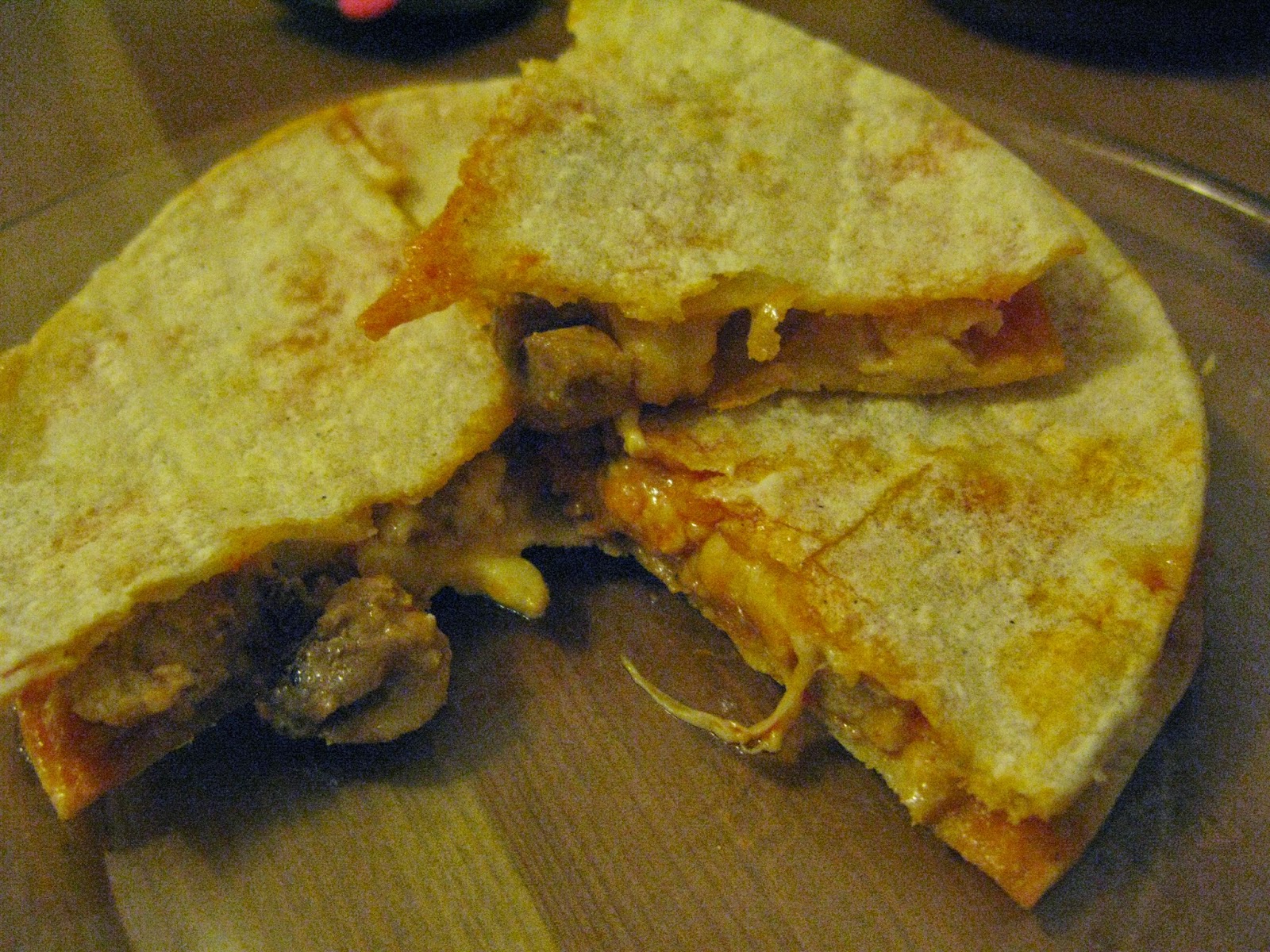 With the book club thing, I'm not sure if I should let it die or still try to plan brunch book club meetings.  As you can tell, I have a very difficult life. 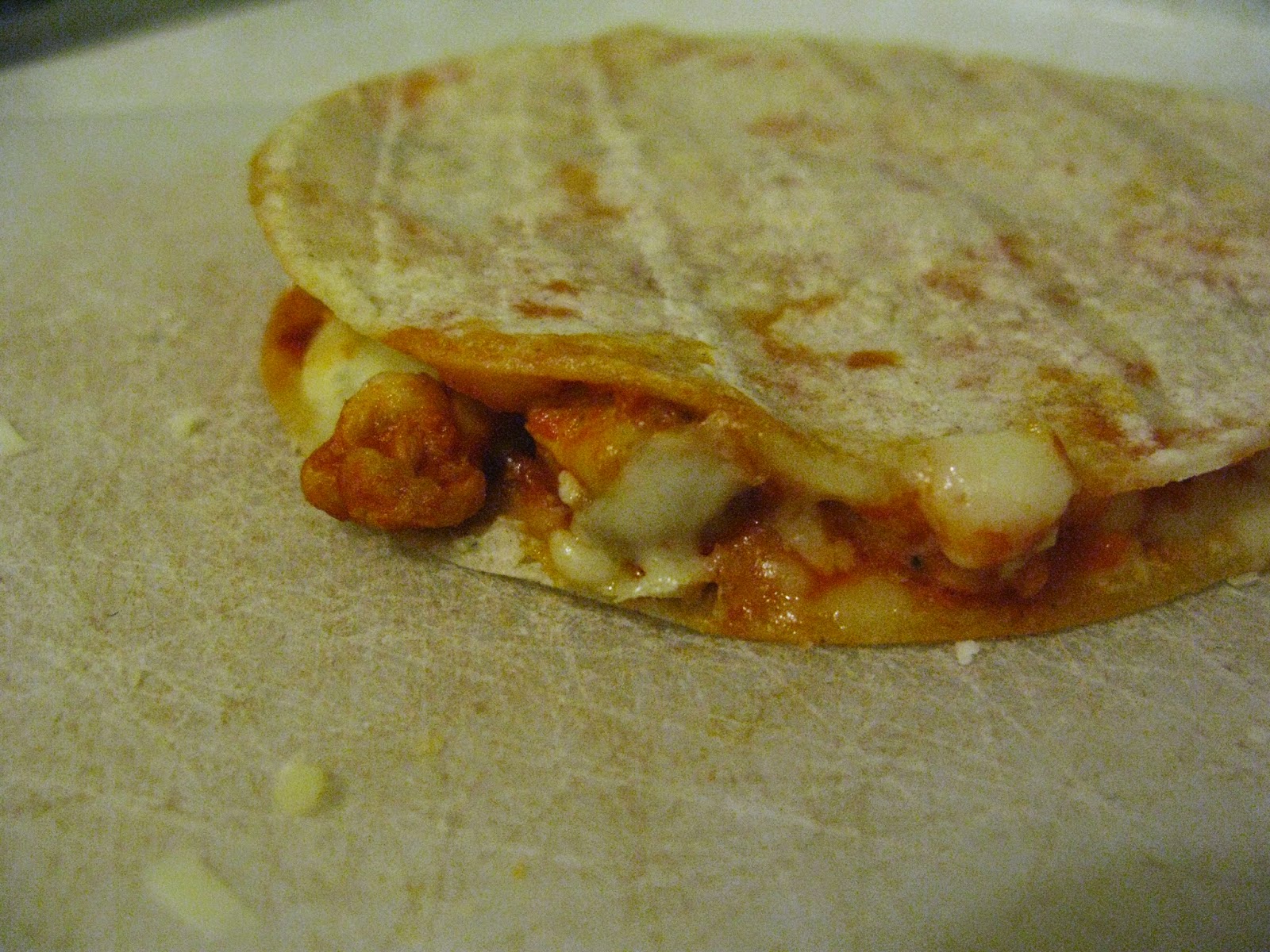 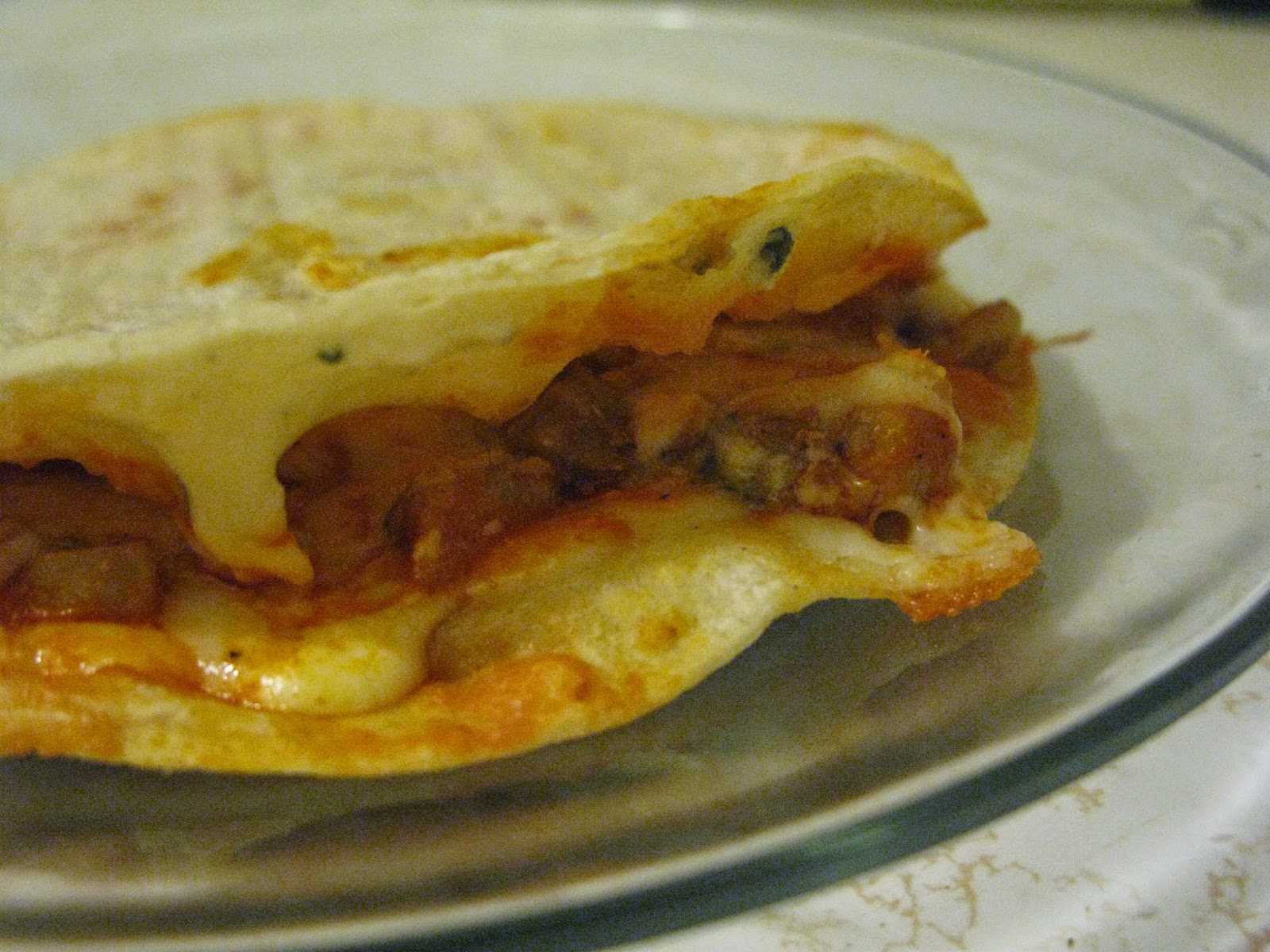 I browned the chicken in the extra virgin olive oil over medium heat.  I added salt and pepper to the chicken. 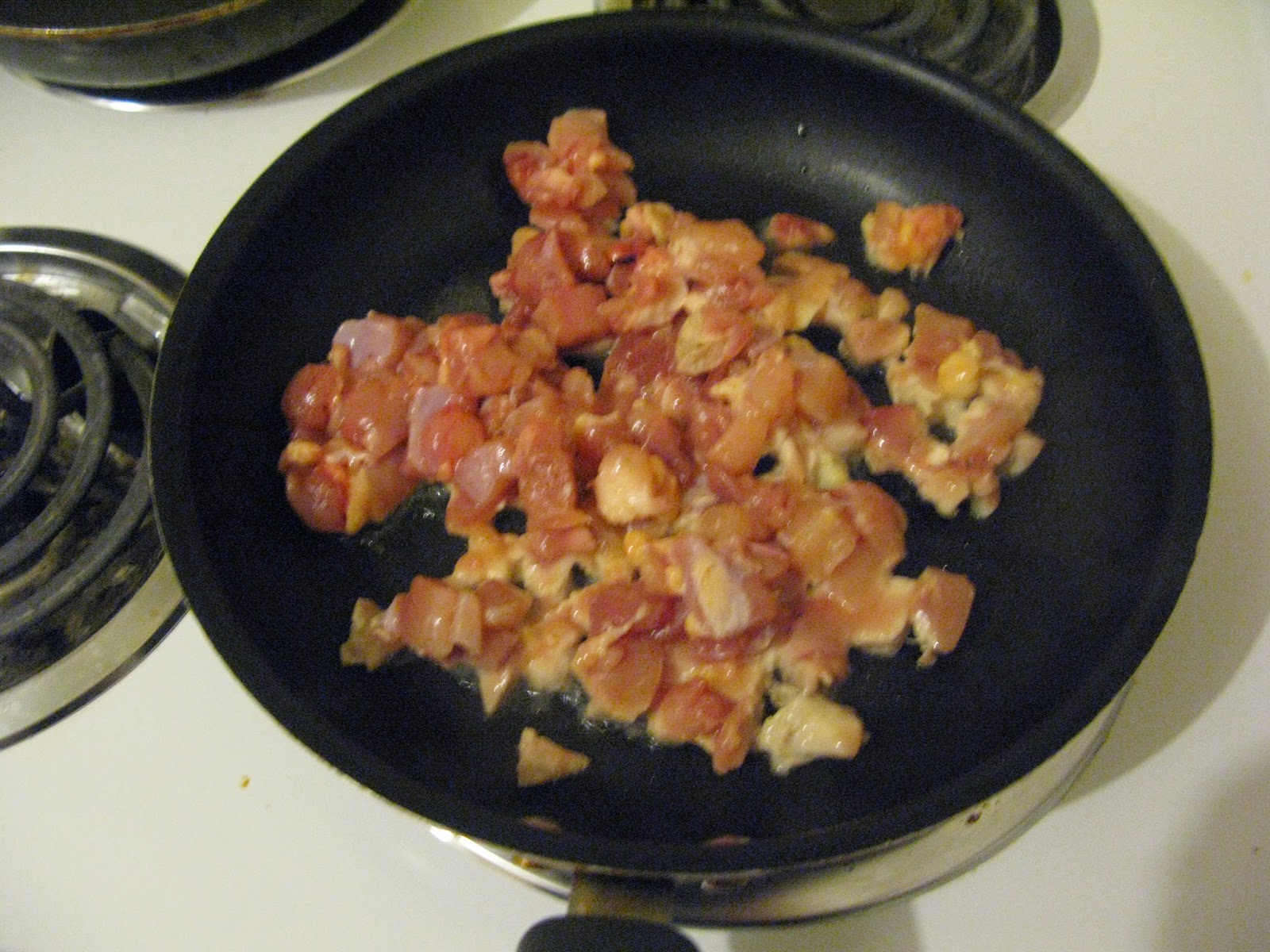 I added the hot sauce and let it simmer for about ten minutes.  The sauce reduced a bit and the chicken became thoroughly cooked. 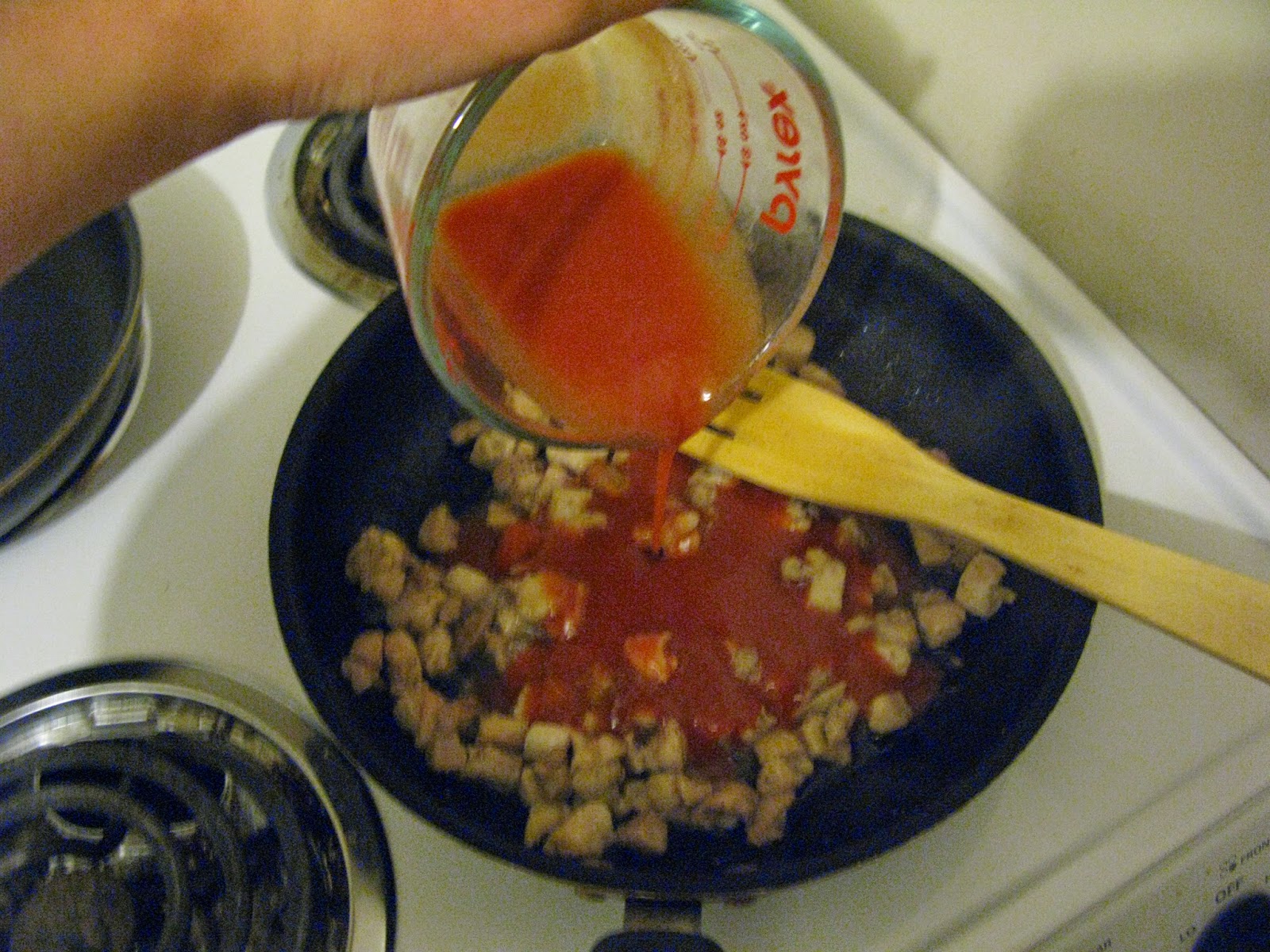 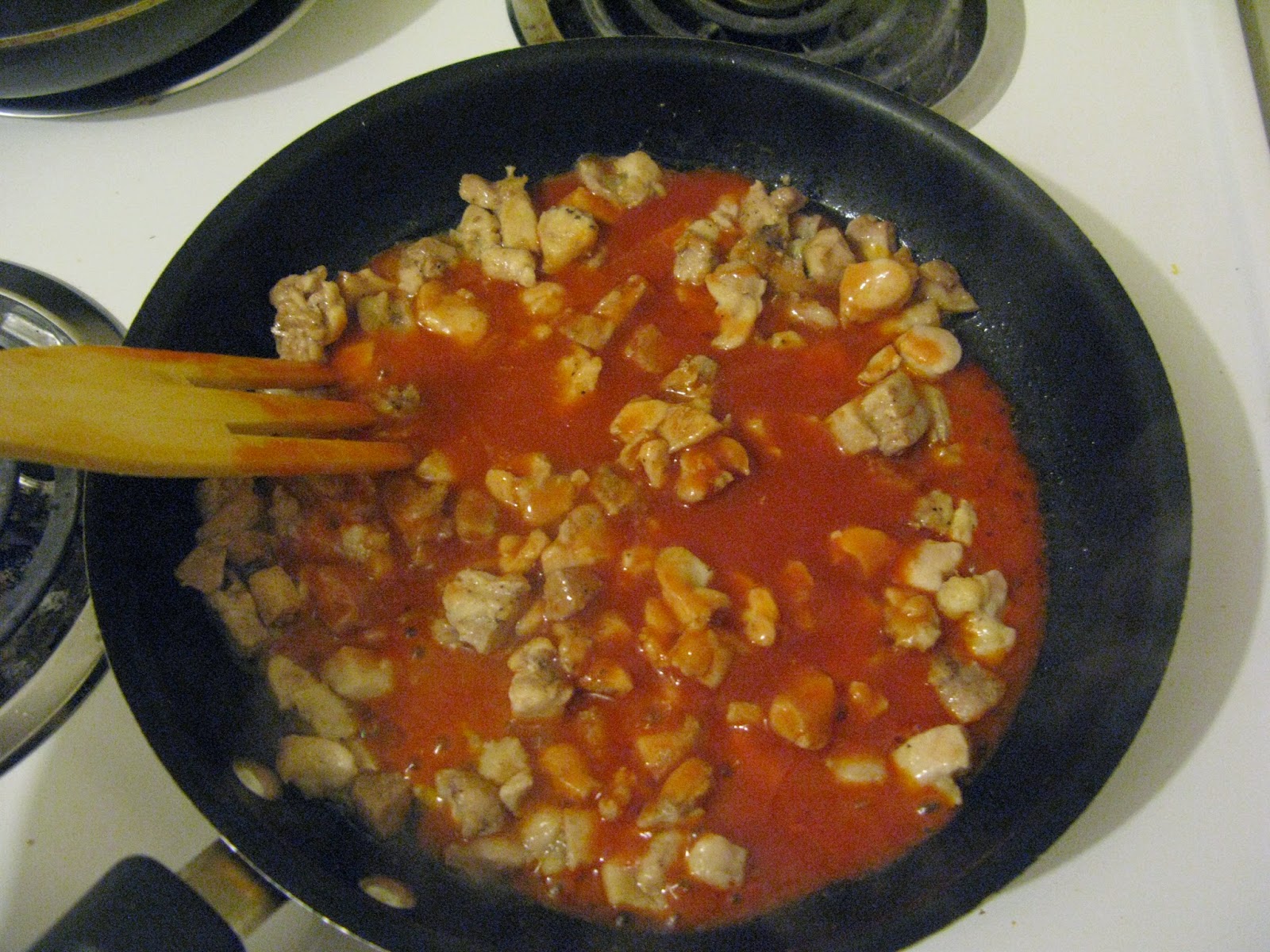 I removed the cooked chicken from the heat and started assembling my quesadilla.  I put a corn tortilla in a hot, non-oiled skillet. 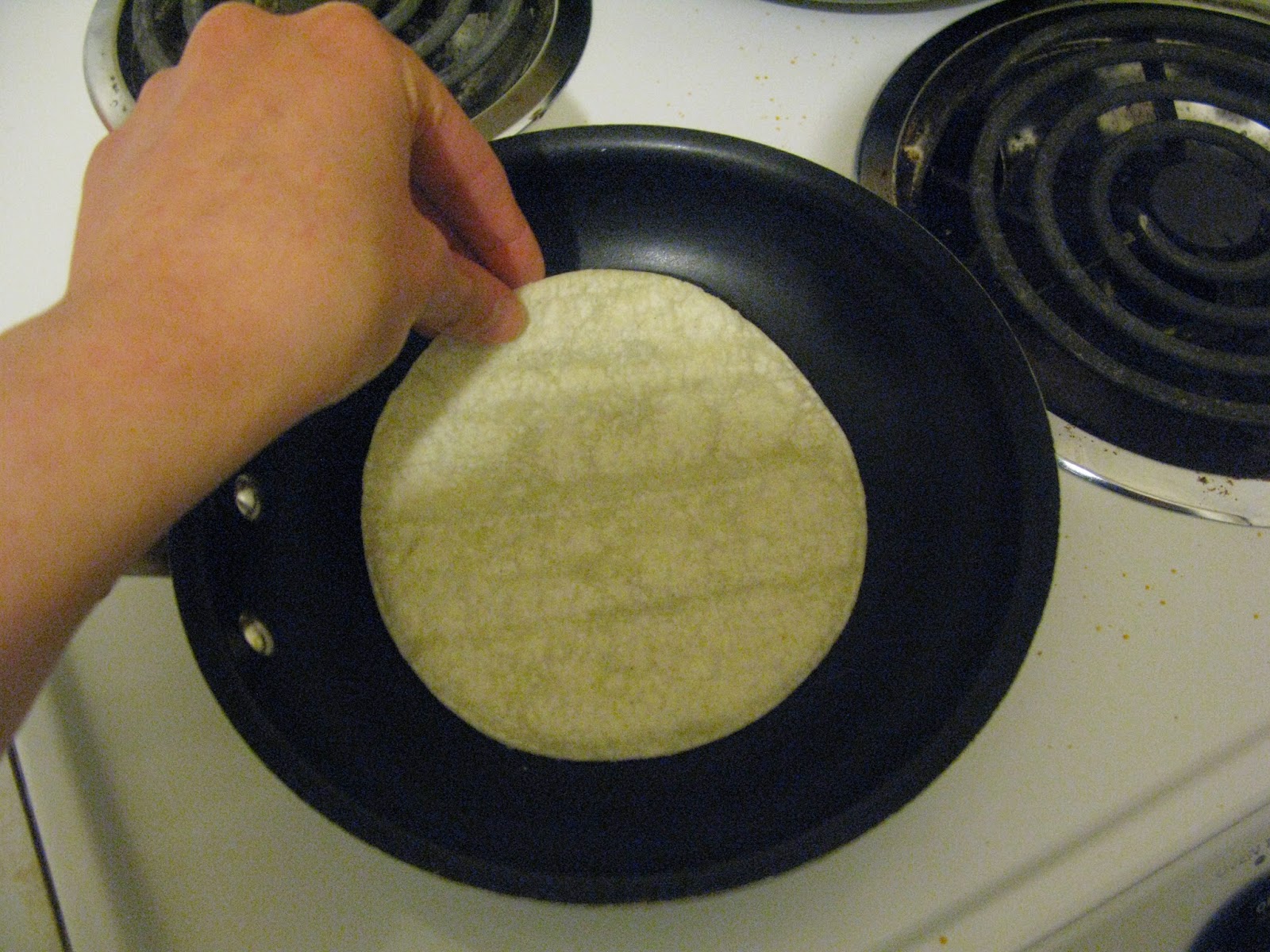 I layered on little less than an ounce of shredded Monterrey jack. 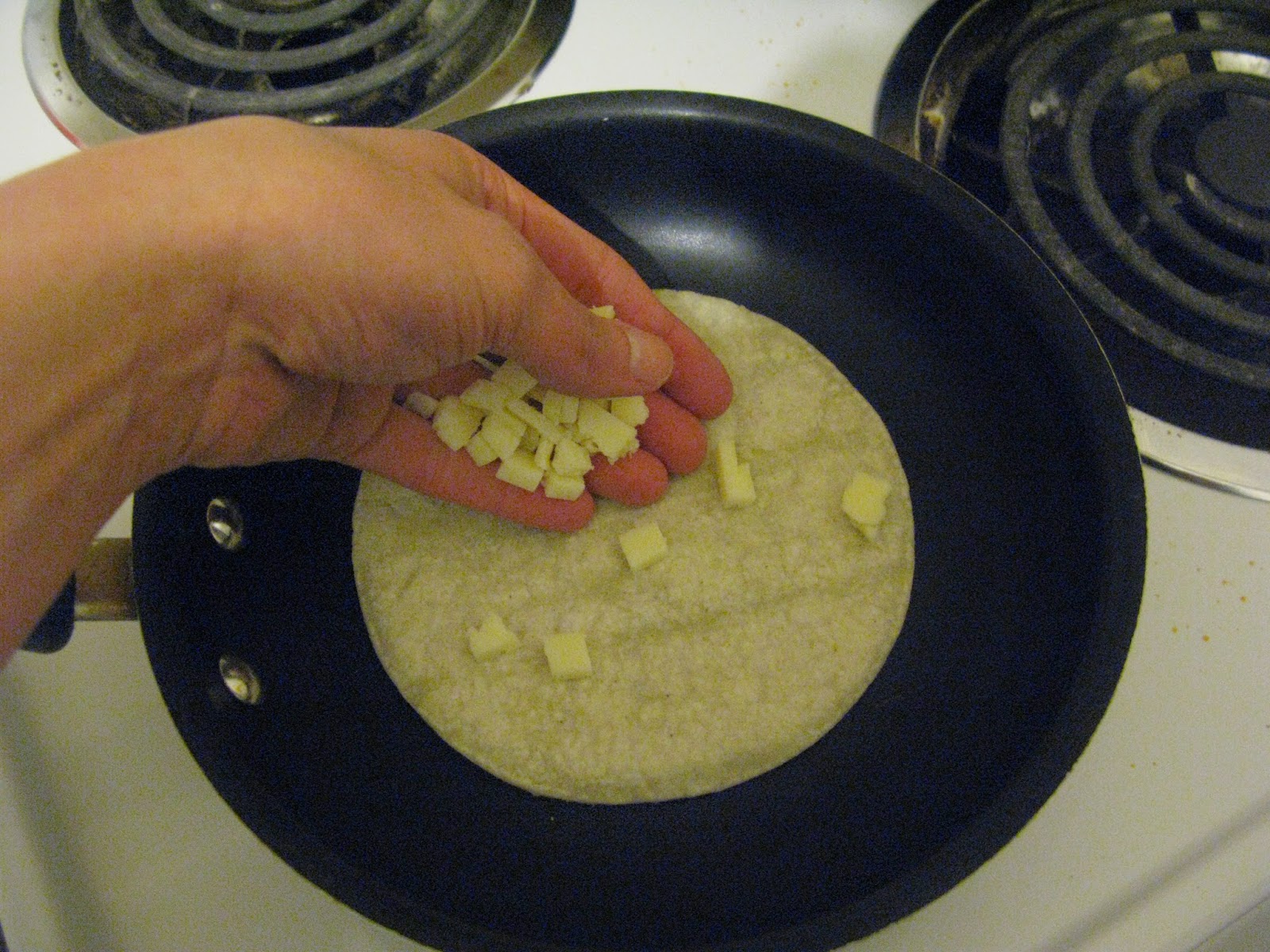 I crumbled on some blue cheese. 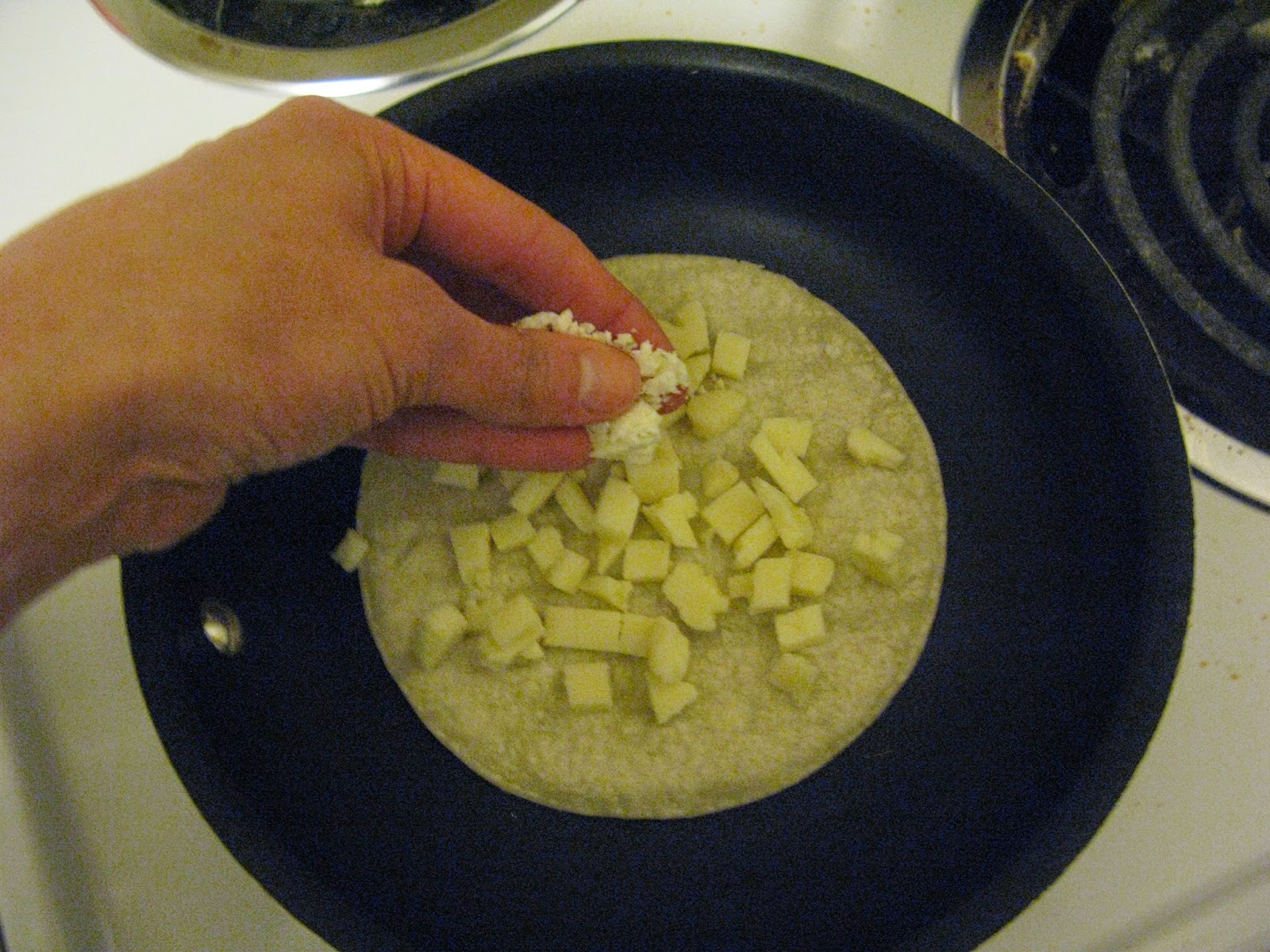 I added a thin layer of chicken. 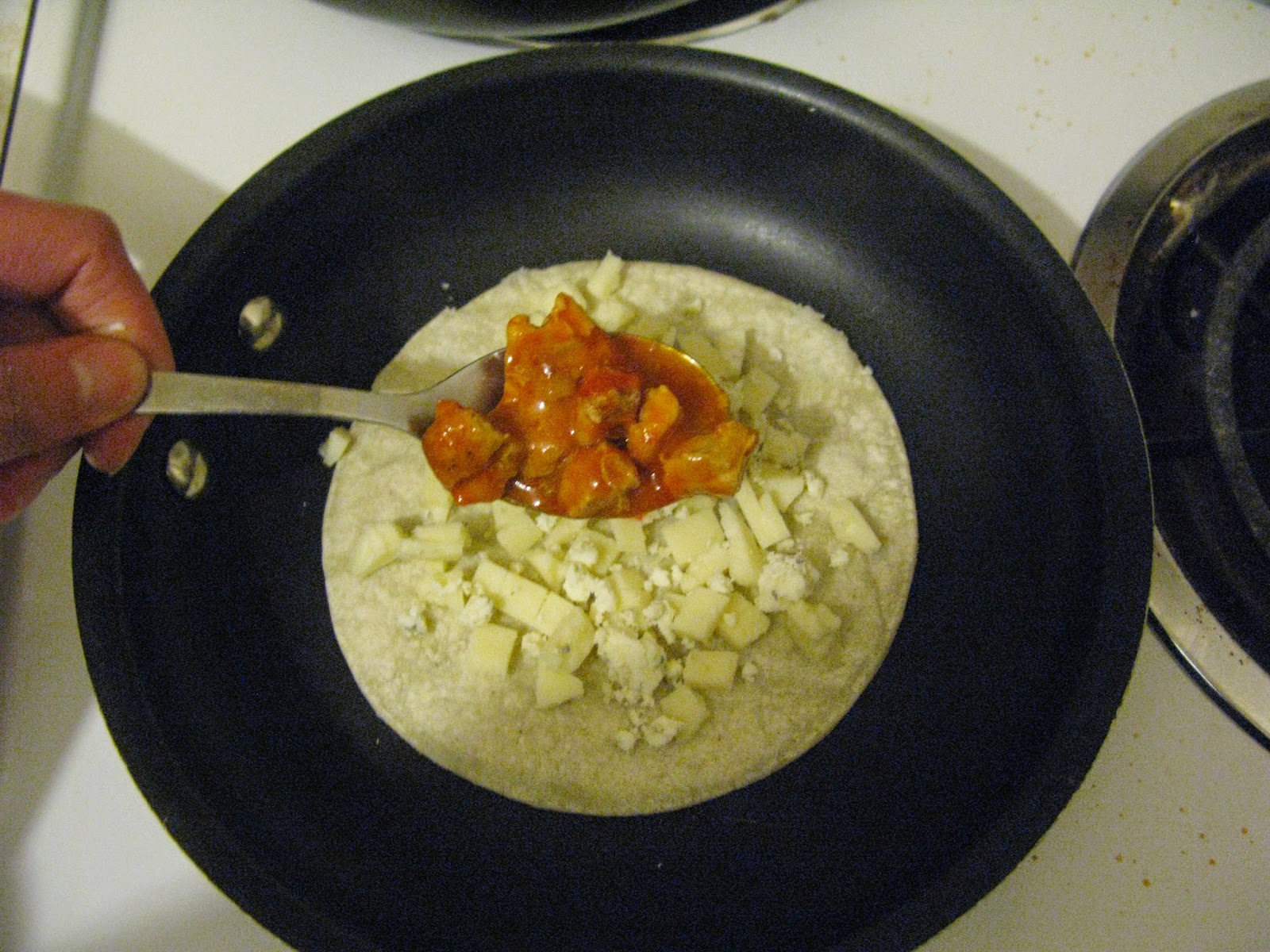 I added the same amount of Monterrey jack and blue cheese on top of the chicken. 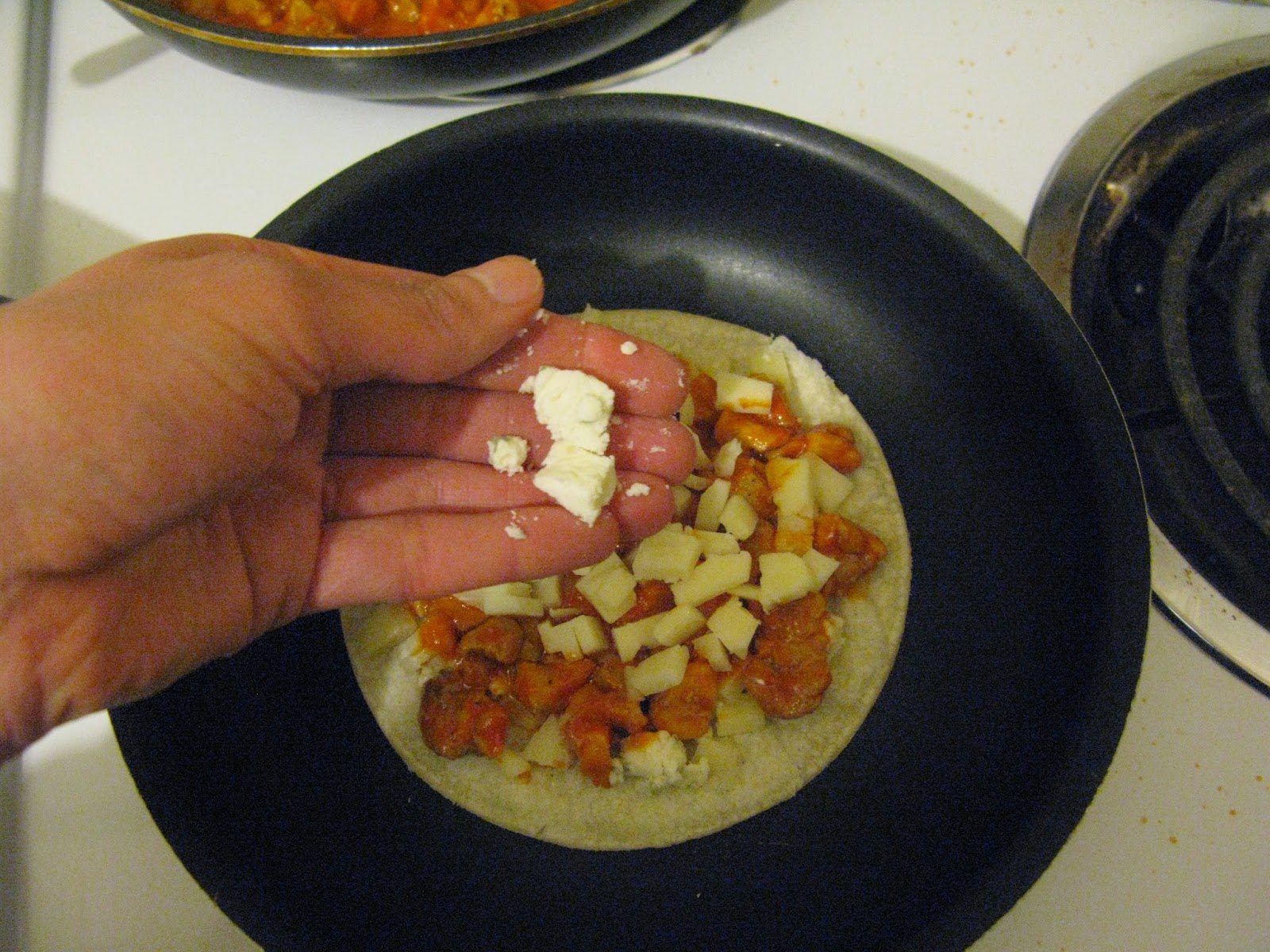 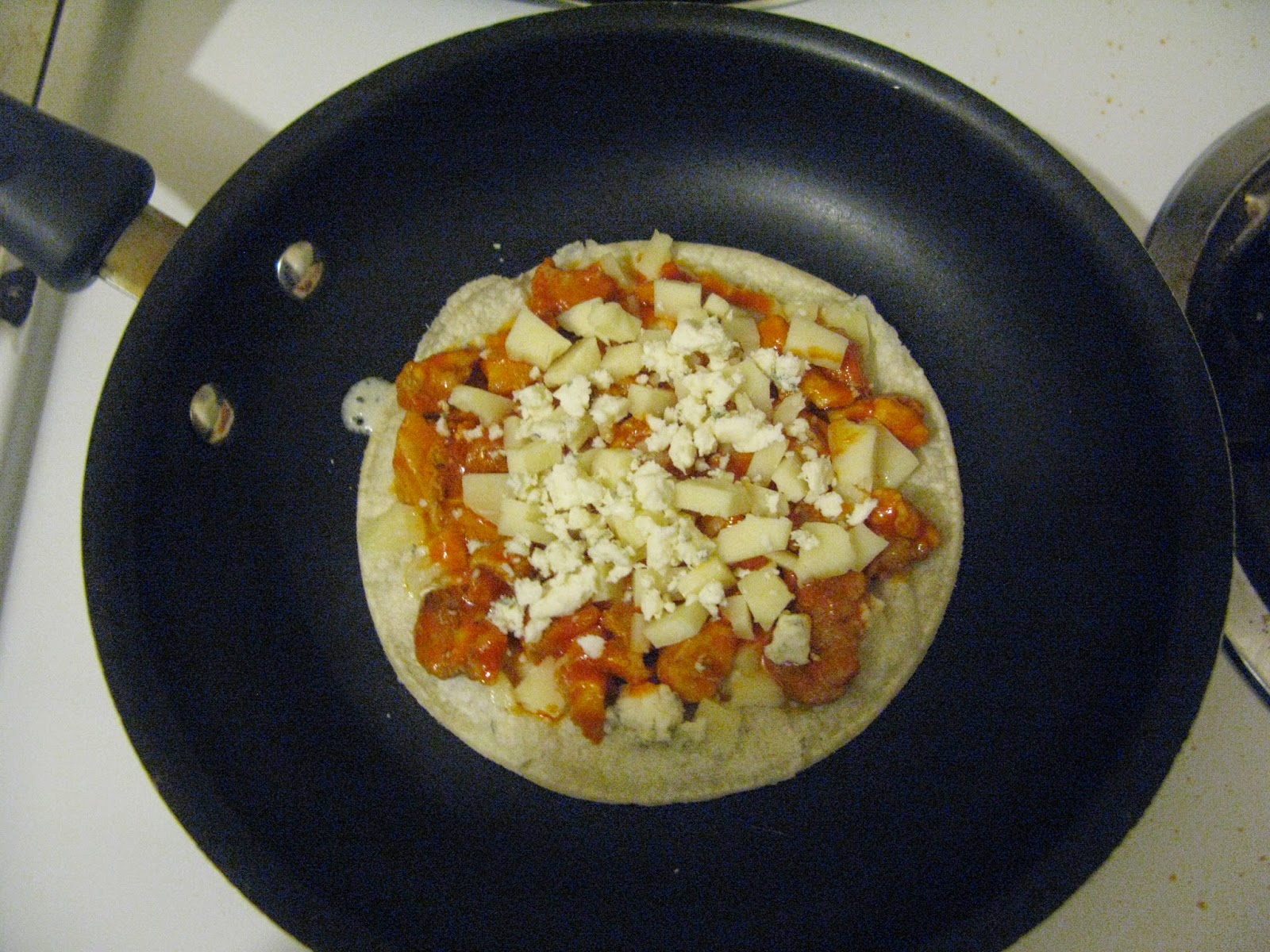 I added another corn tortilla. 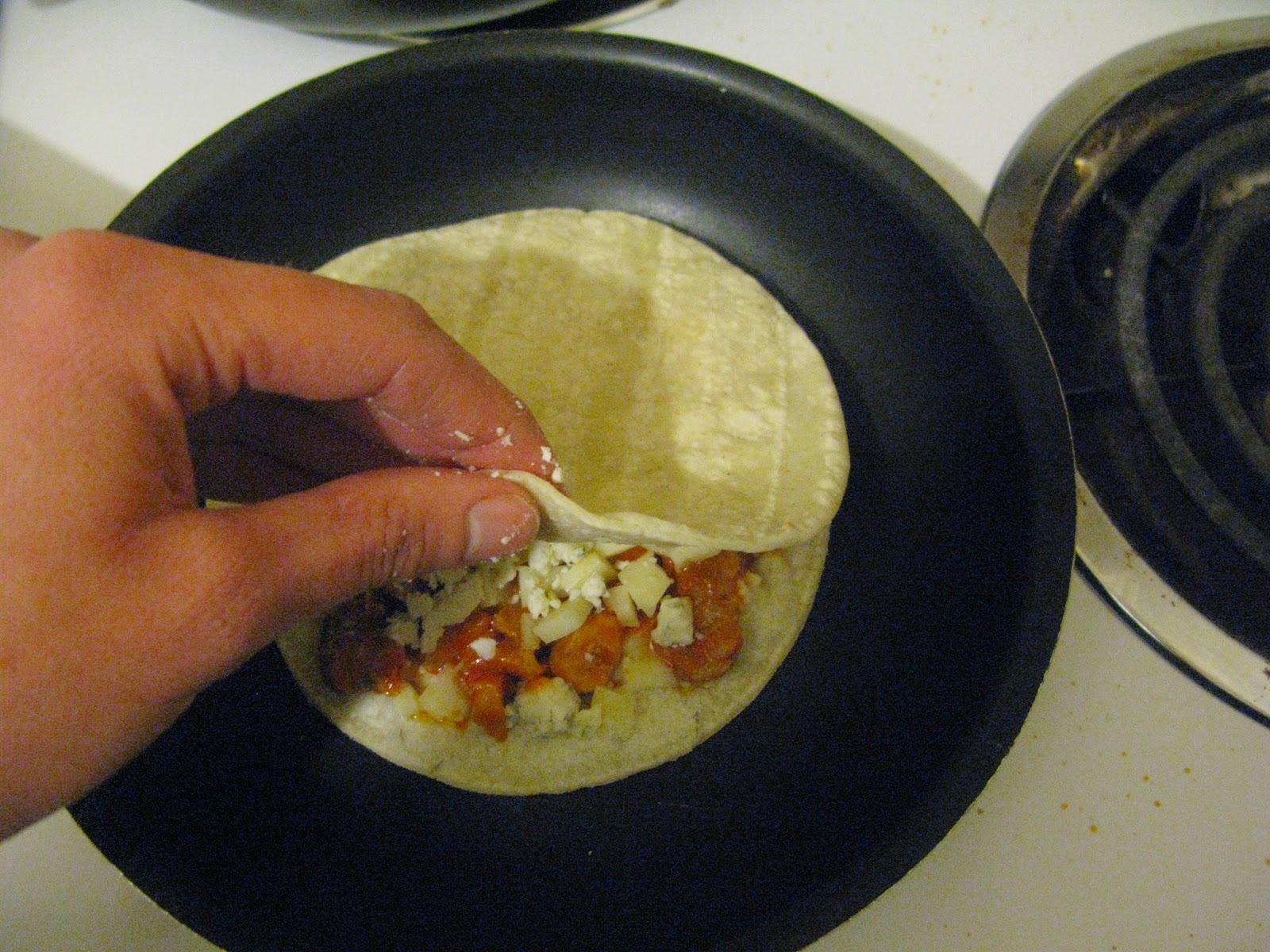 Once the bottom tortilla was toasted and the bottom cheese melted, I flipped the quesadilla.  I let the other side brown and melt. 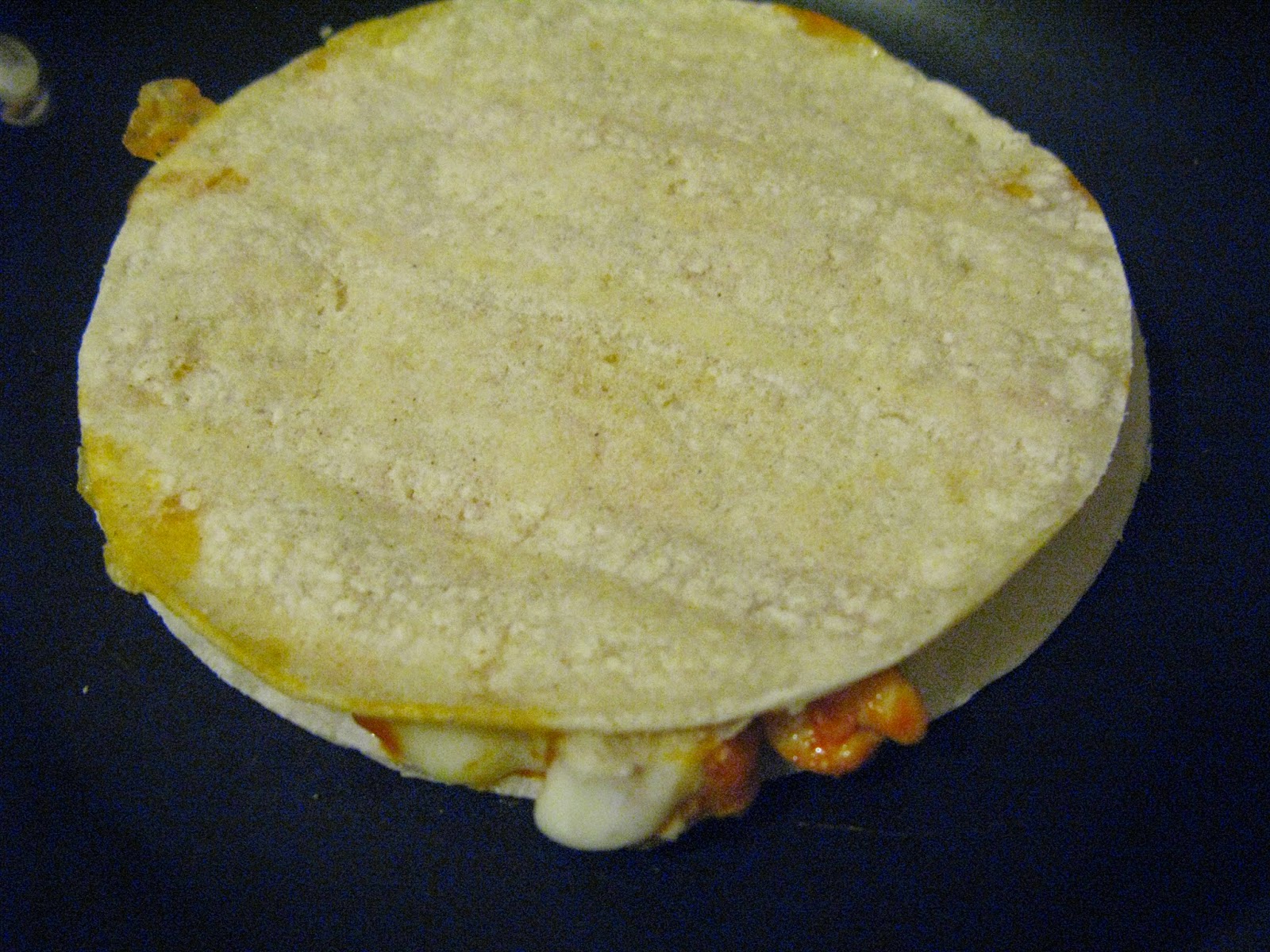 I let it cool a little bit before digging it. 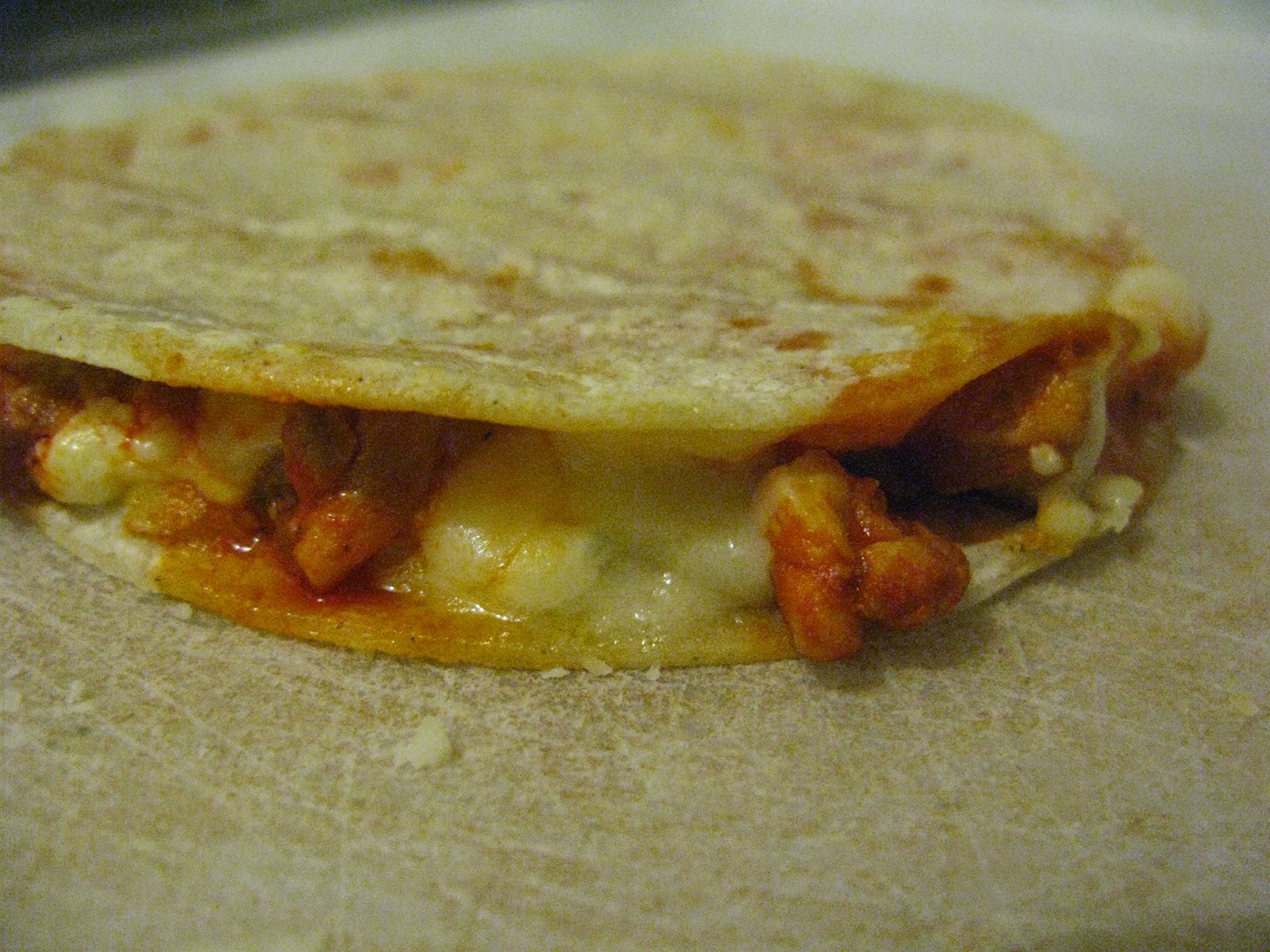 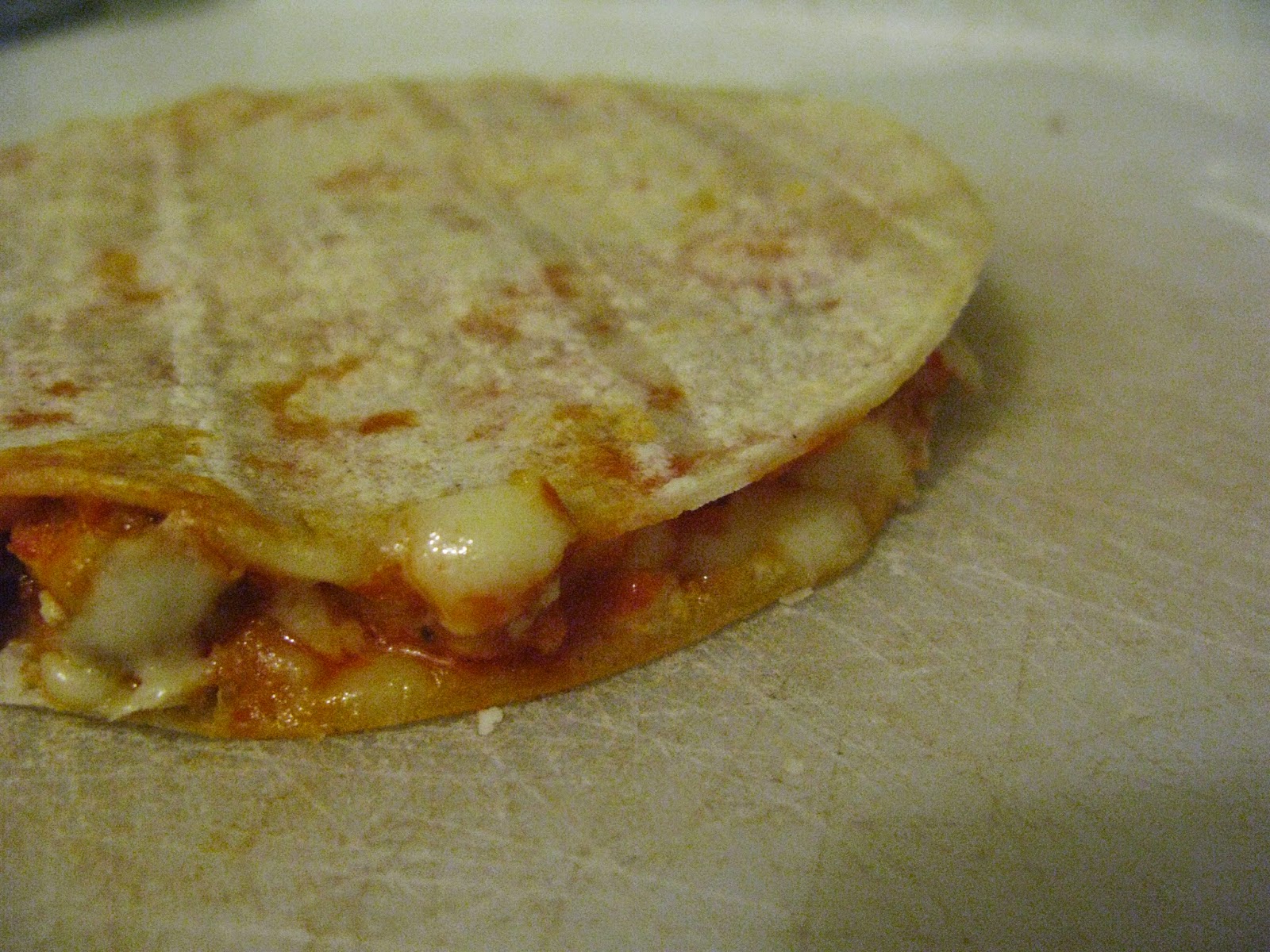 It was scrumptious and messy. 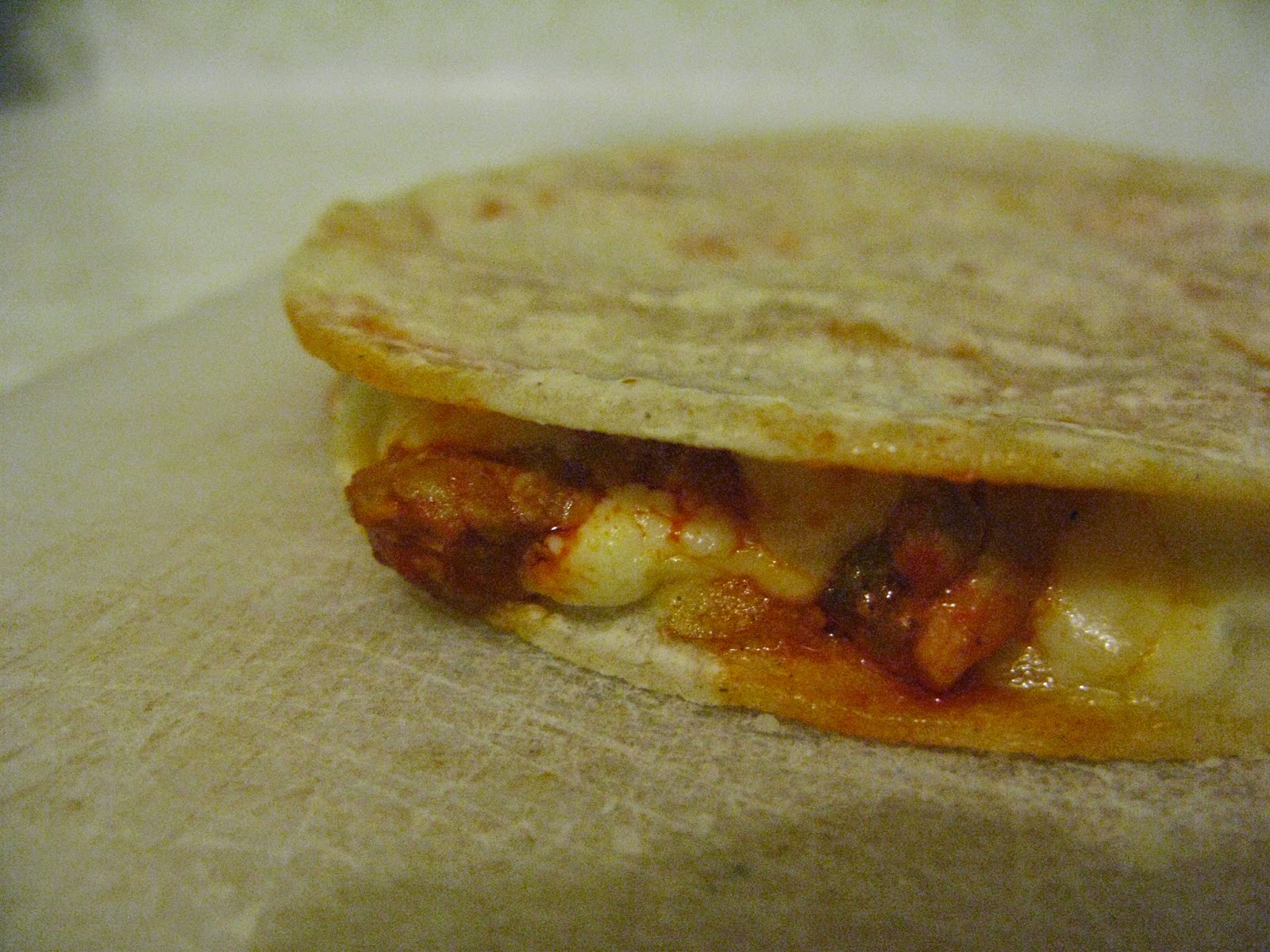 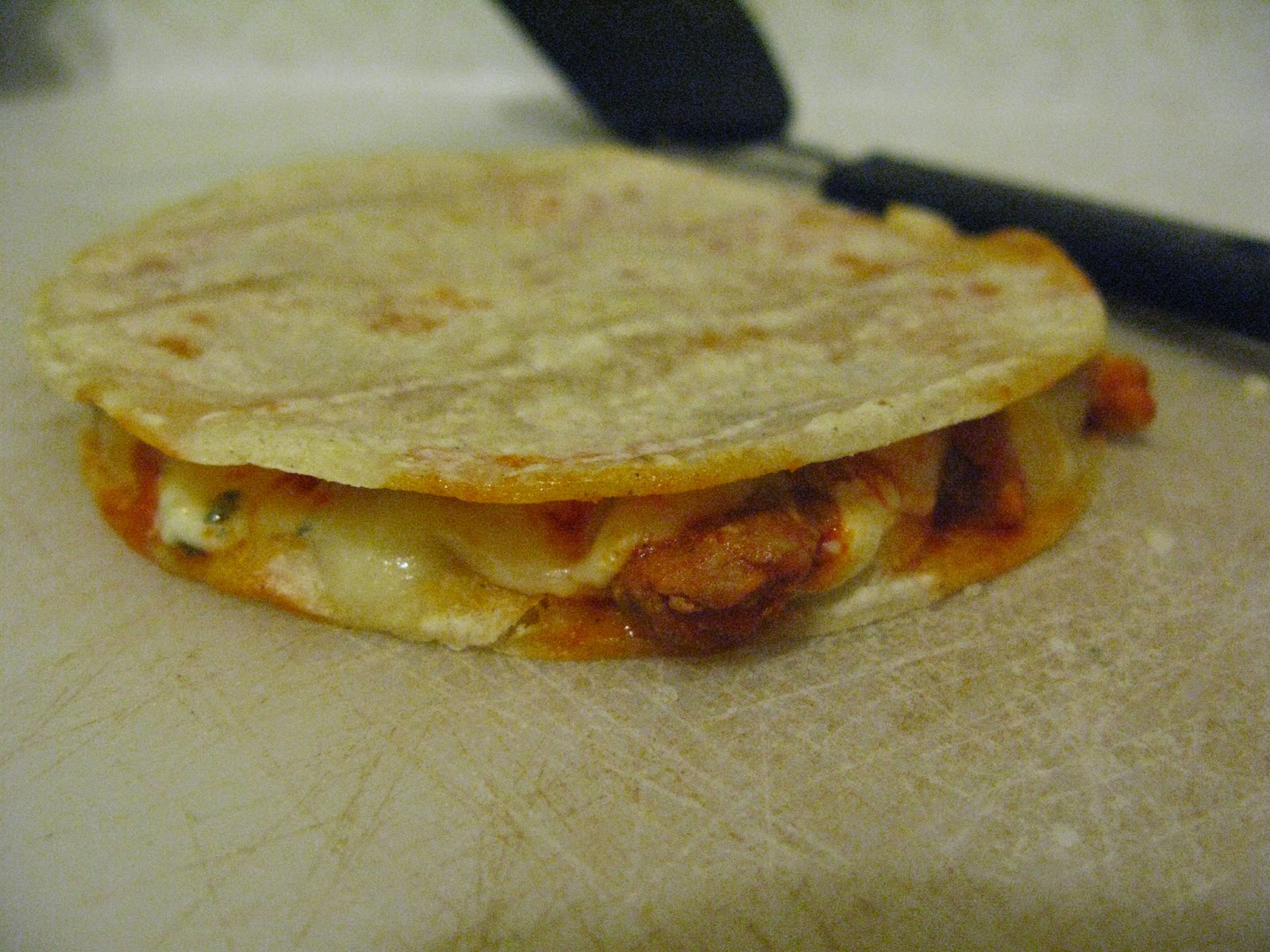 This quesadilla had strong, bold flavors. 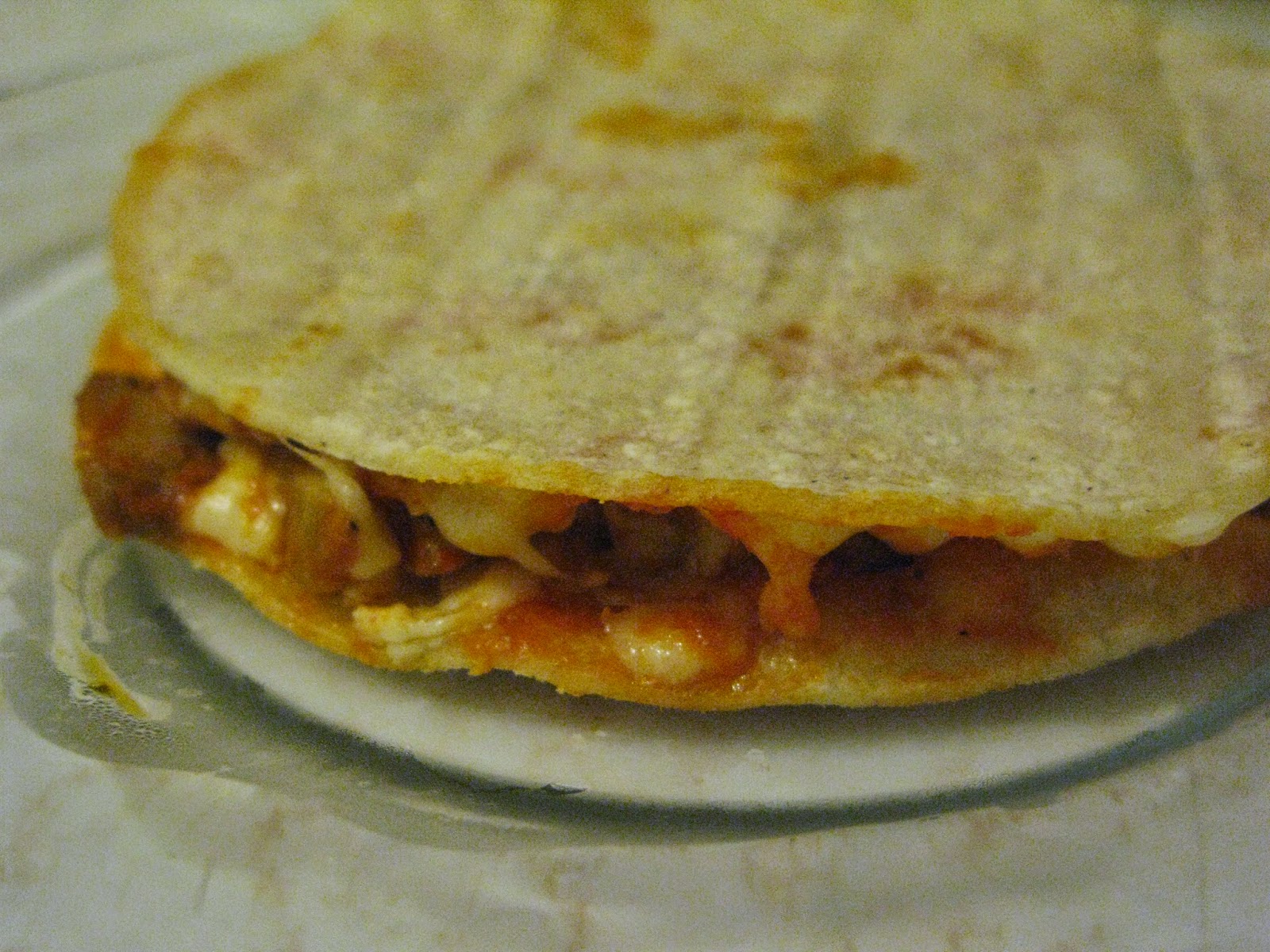 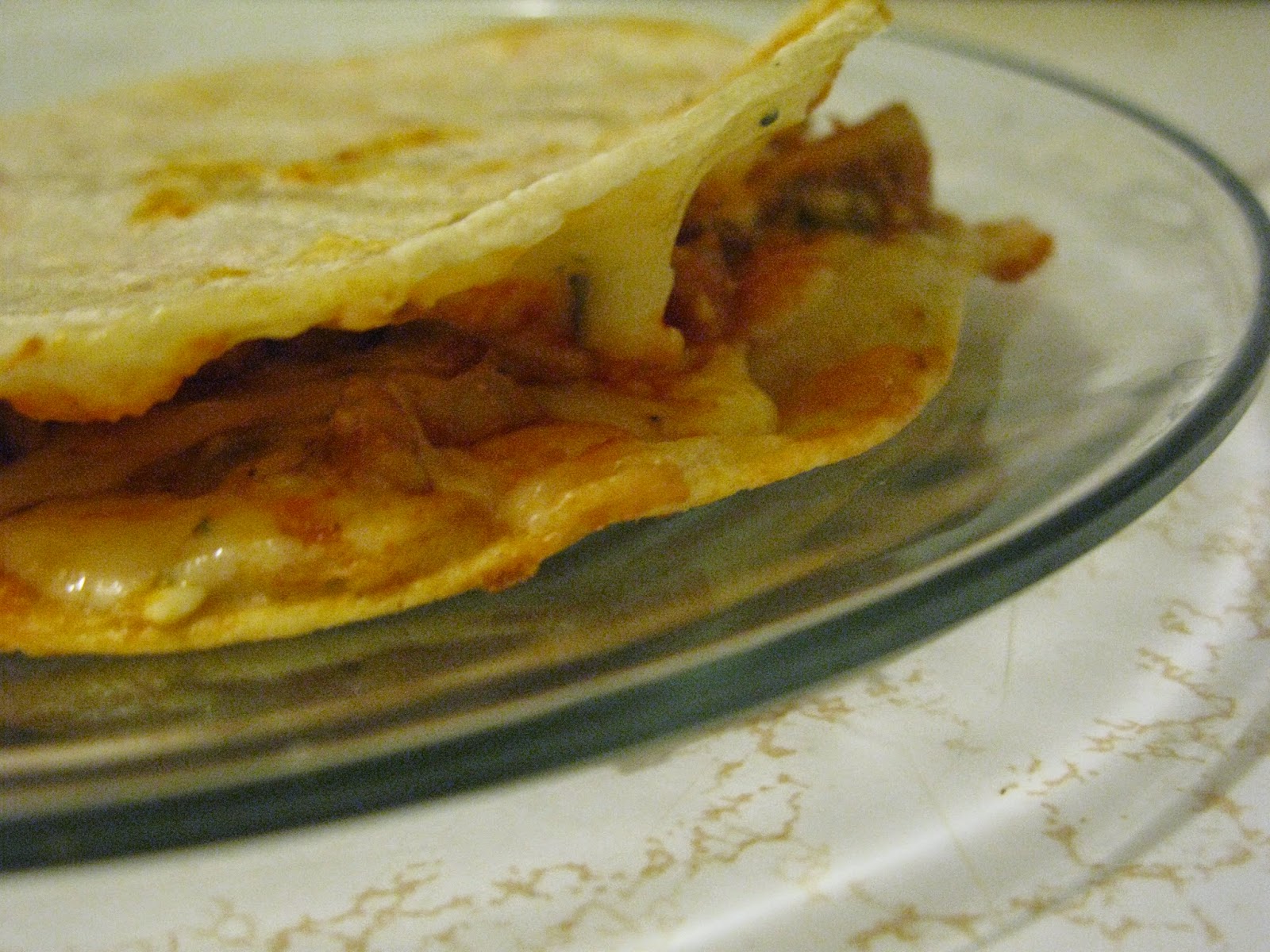 The outside was crunchy, brown, and crisp.  Some of the cheese ran out of the quesadilla and charred on the hot skillet.  Delicious! 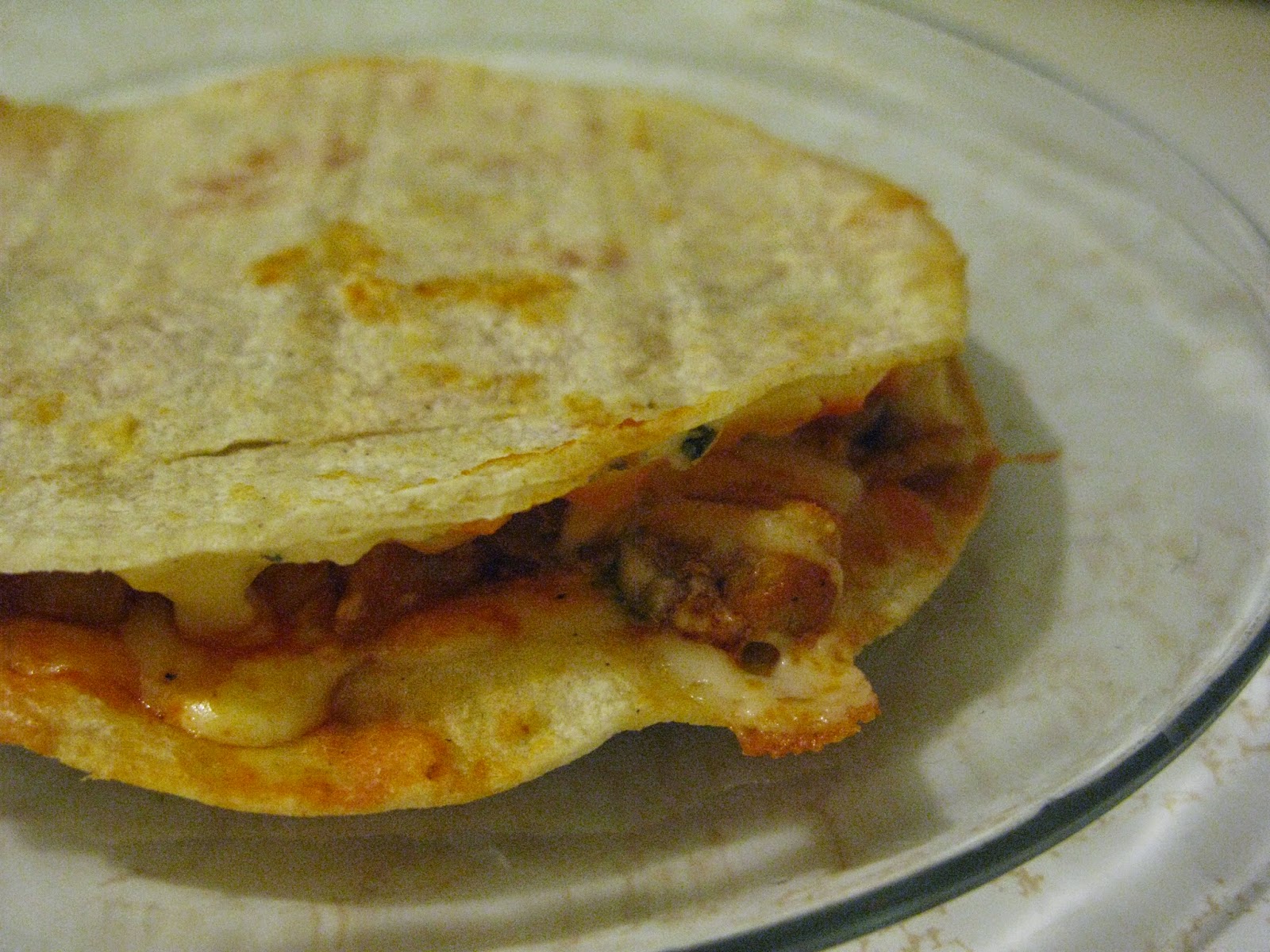 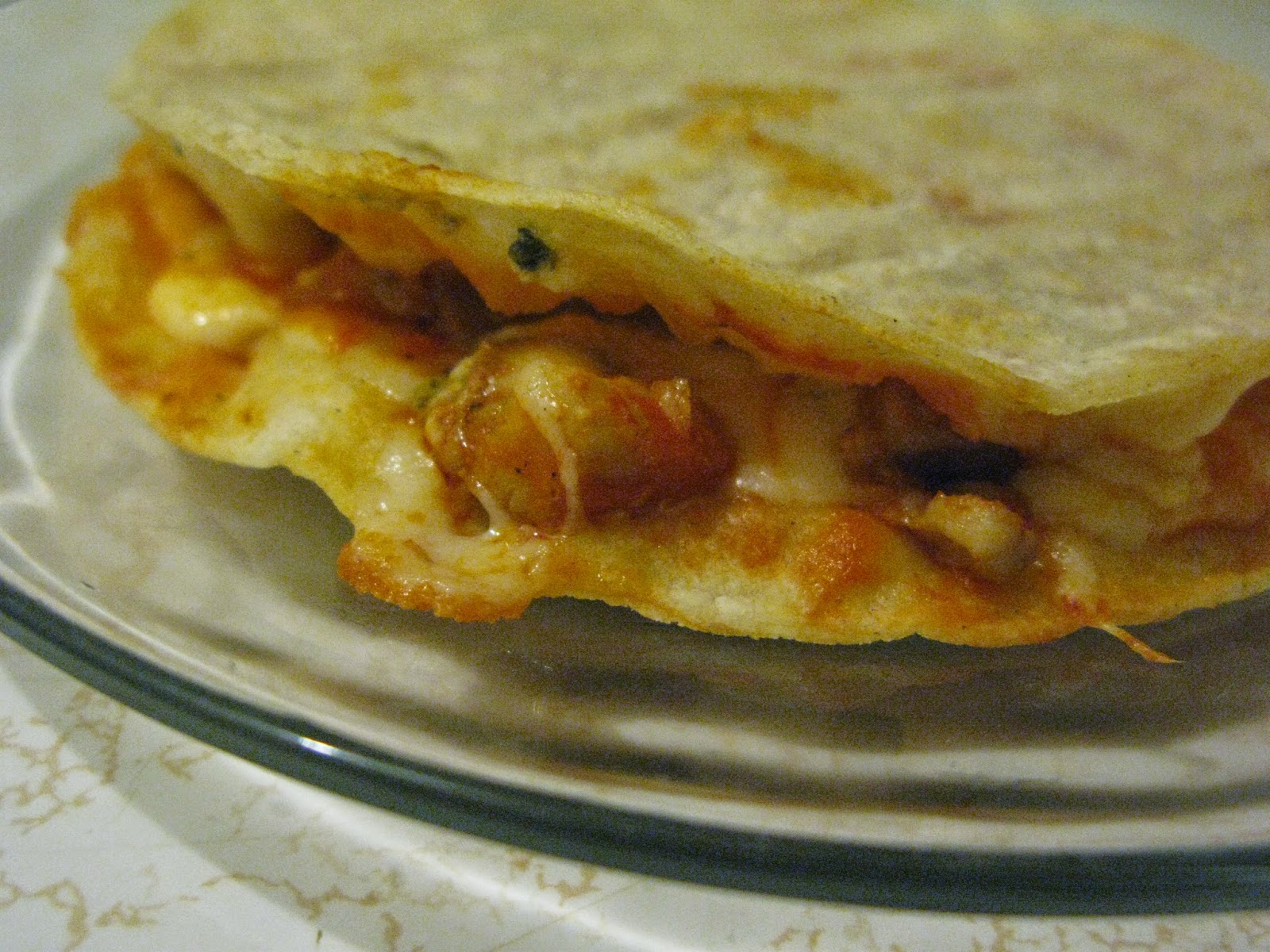 The inside was gooey and creamy.  The sauce was spicy, but the cheese mellowed out some of the heat.  The blue cheese was not overpowering but present.  It was deep and aged. 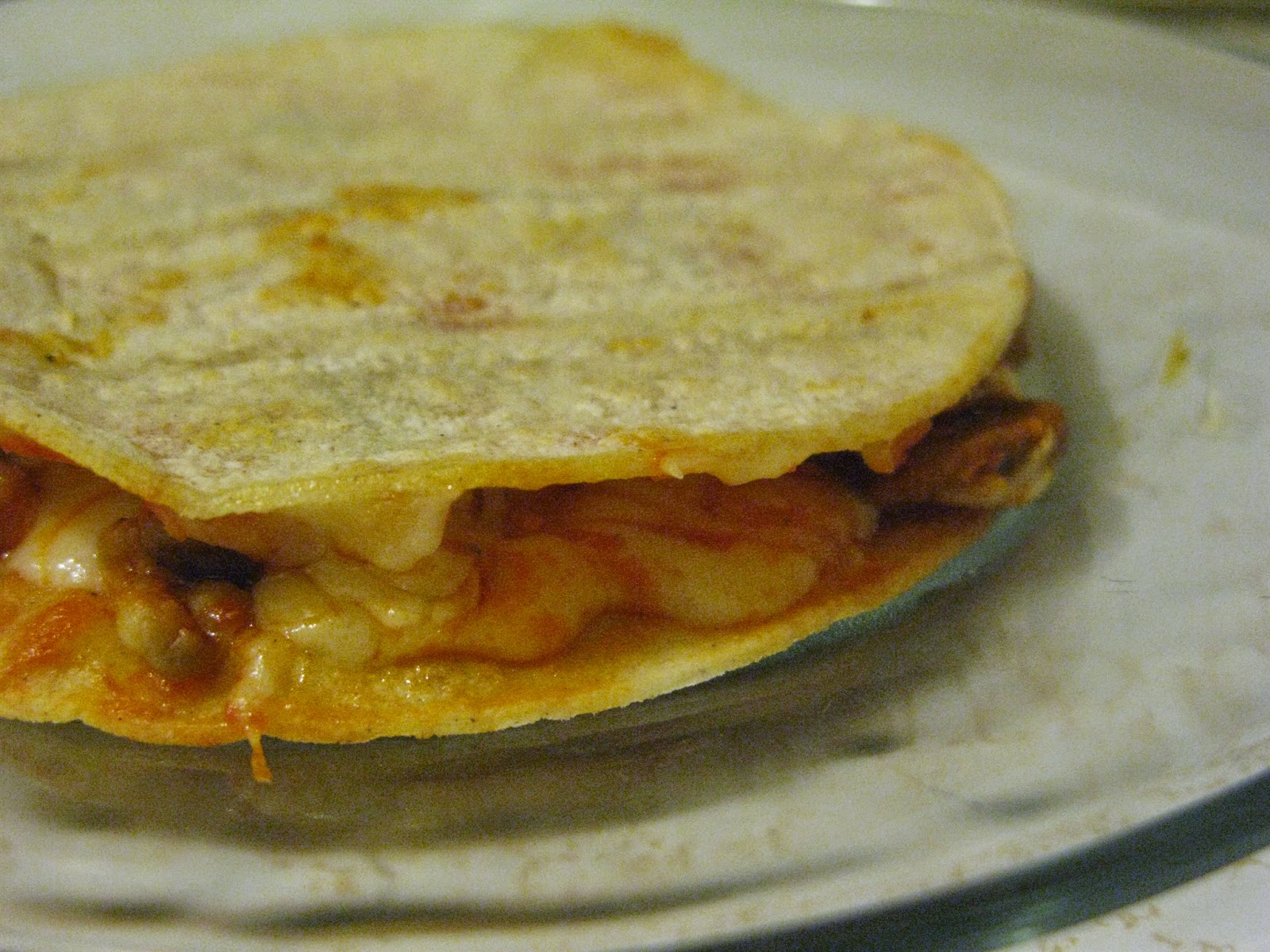 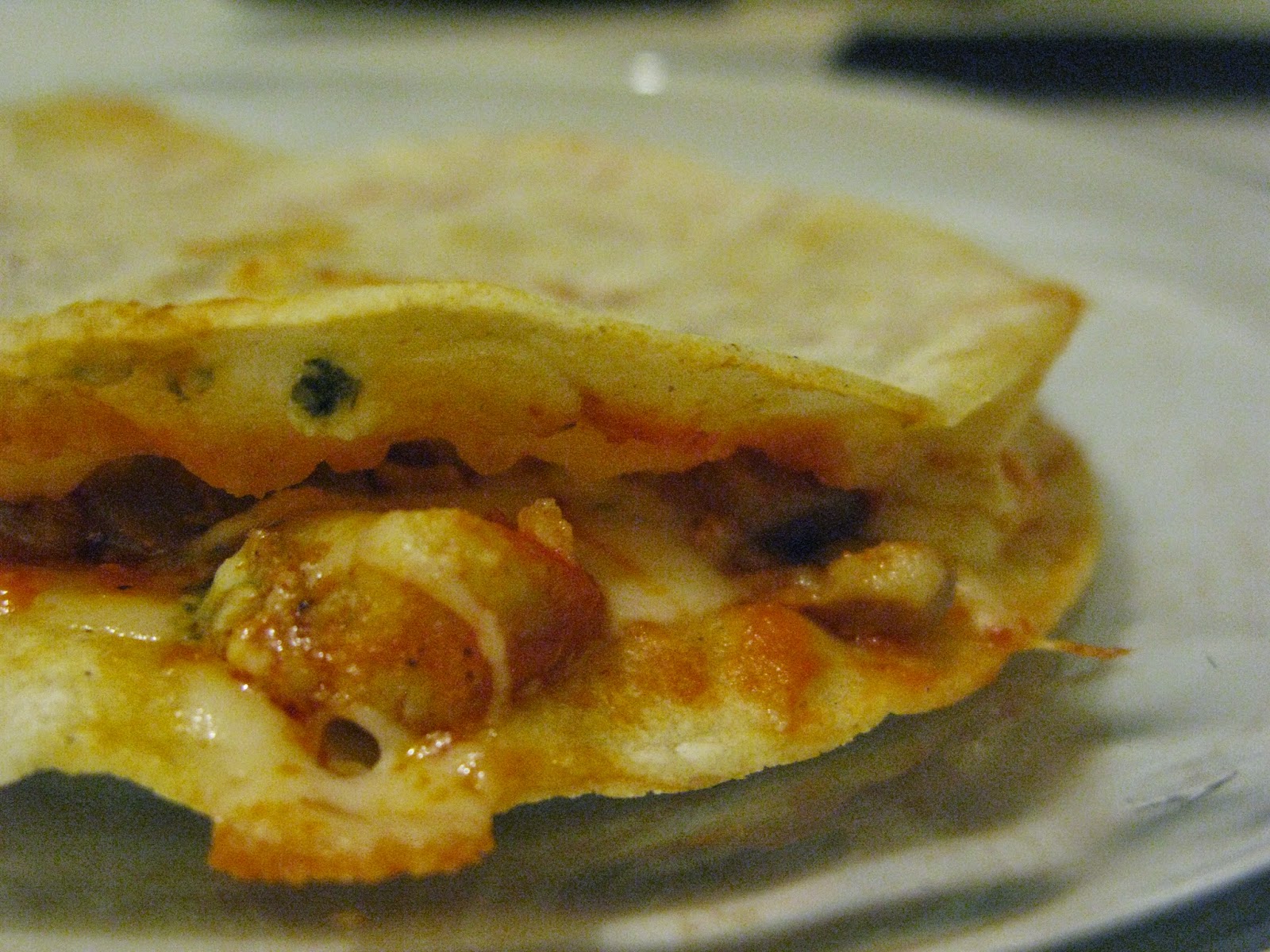 The flavors combined well.  This was a savory, aromatic, and delicious quesadilla. 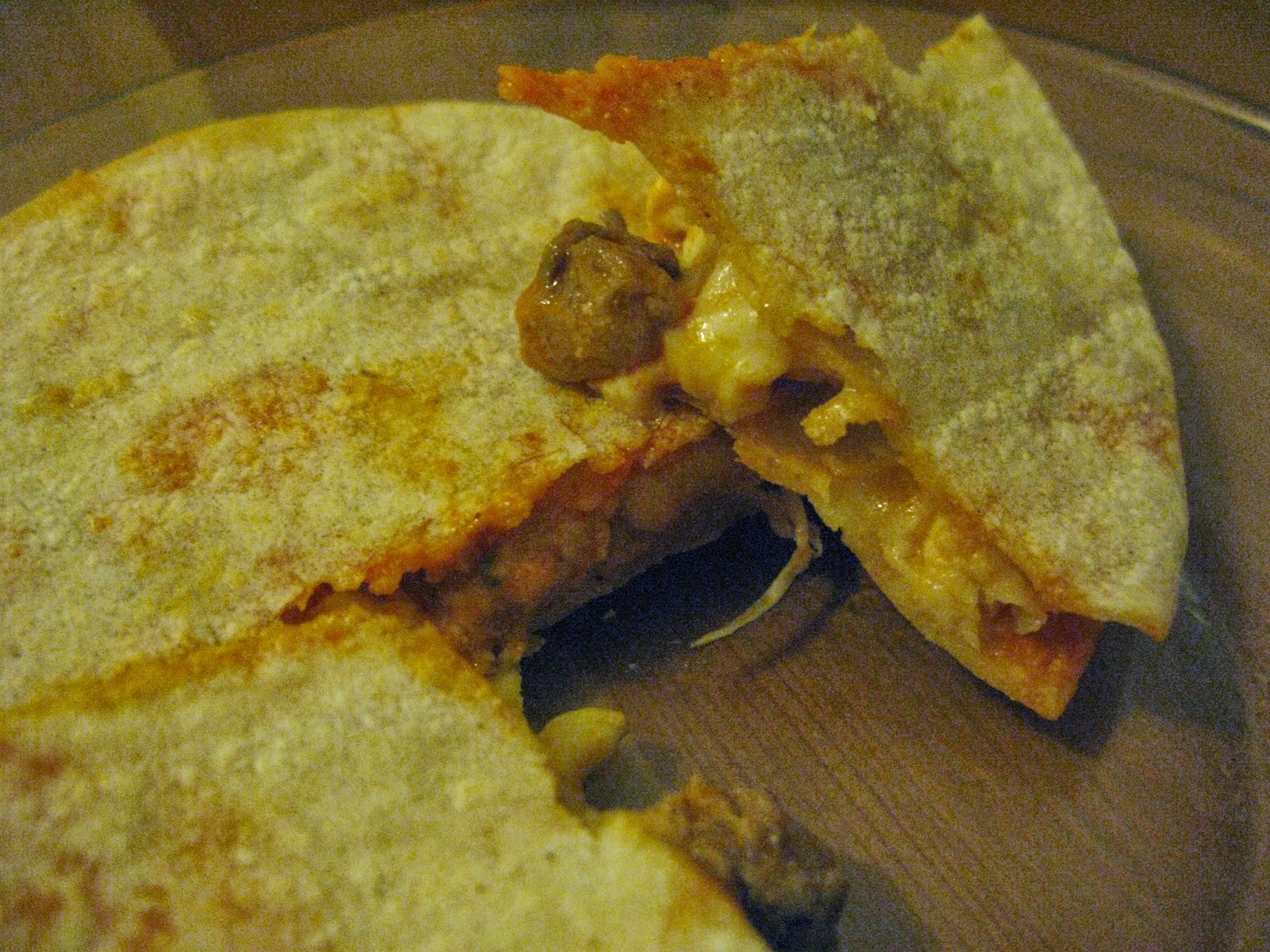