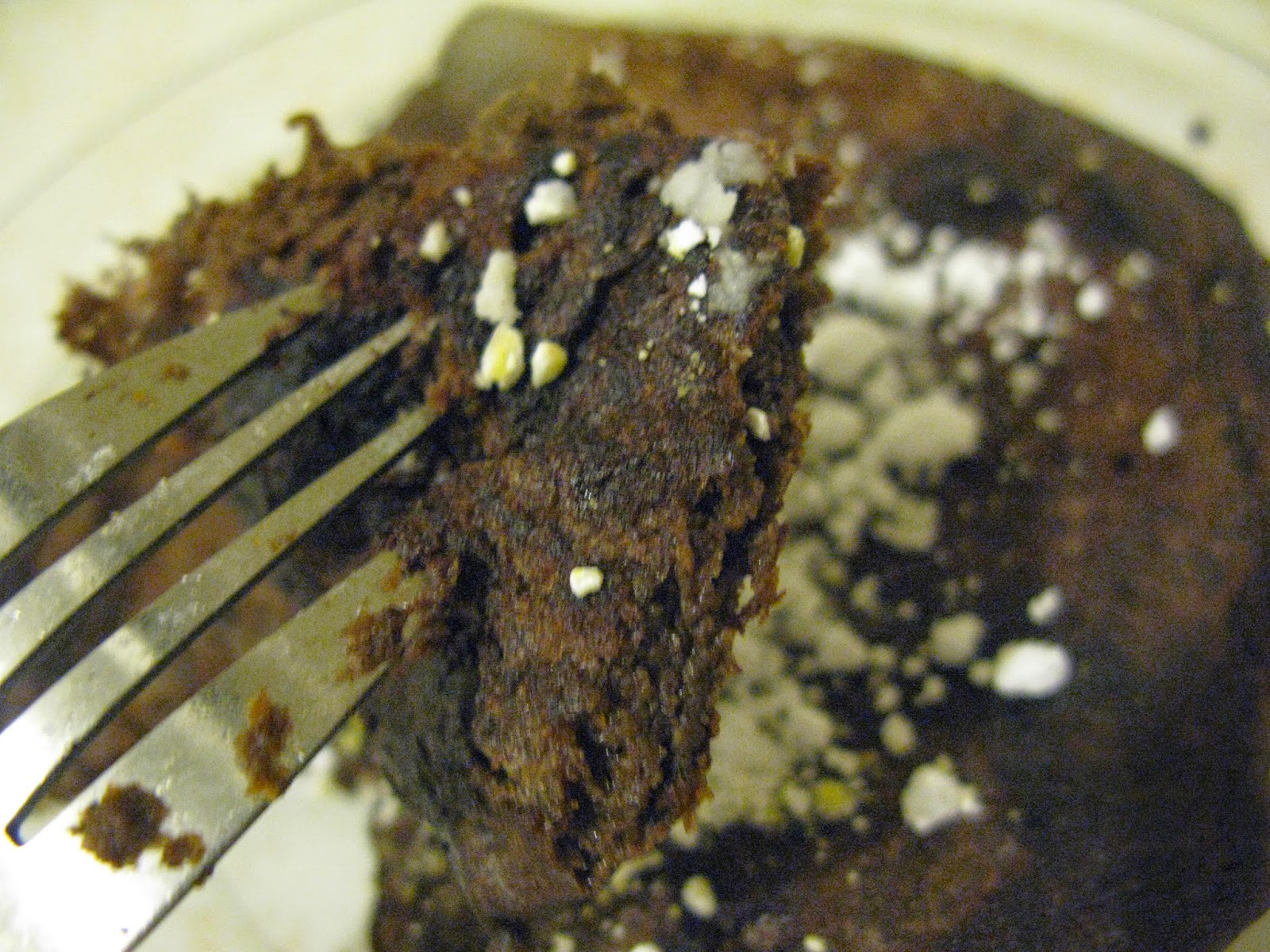 My roommate recently told me about a television program called Gran Hotel.  It is set in a fancy hotel in Spain.  It kind of reminds be of Downton Abbey. 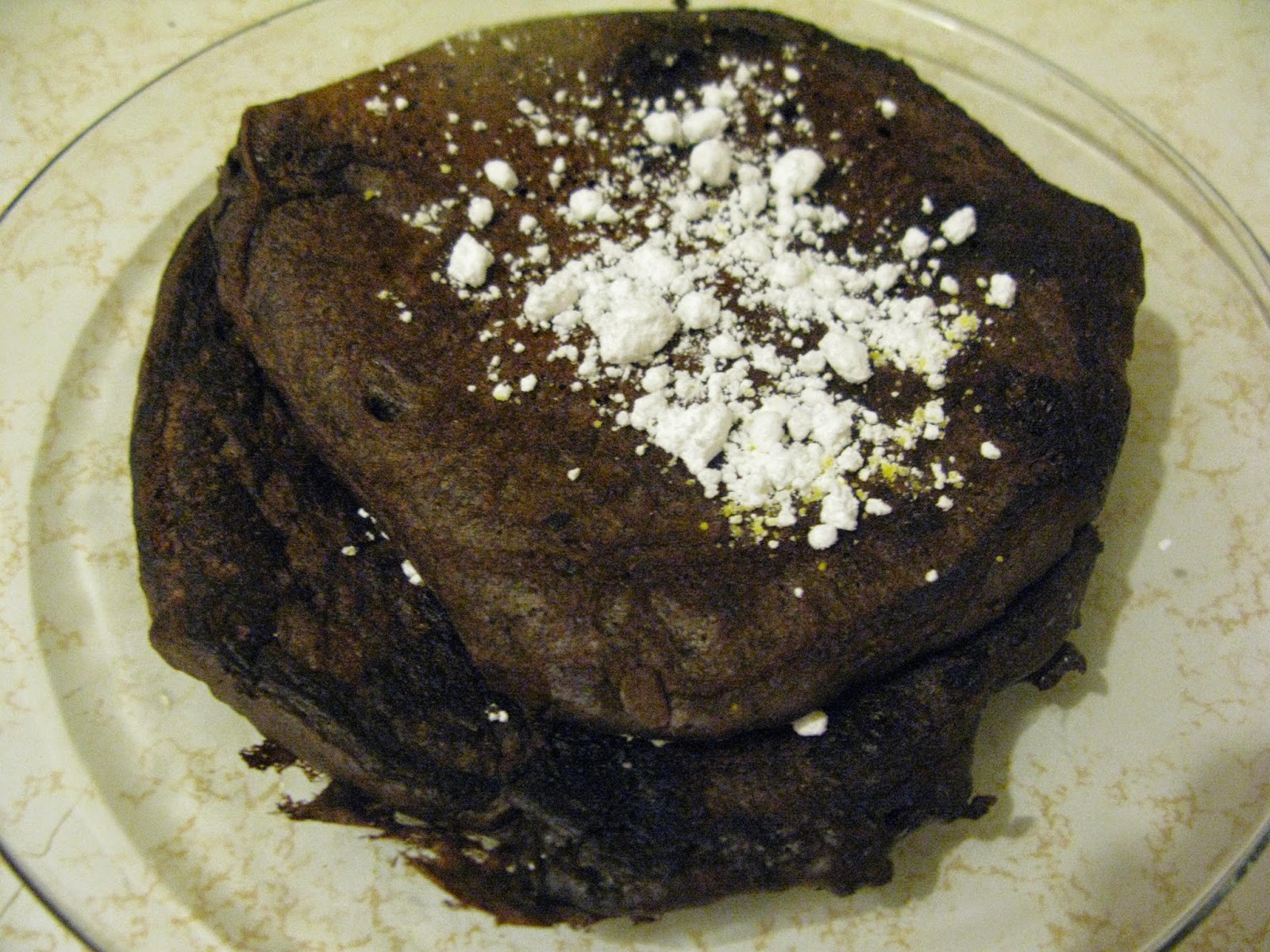 The time period seems the same, and there are simultaneous stories of the wealthy hotel guests and the servants. 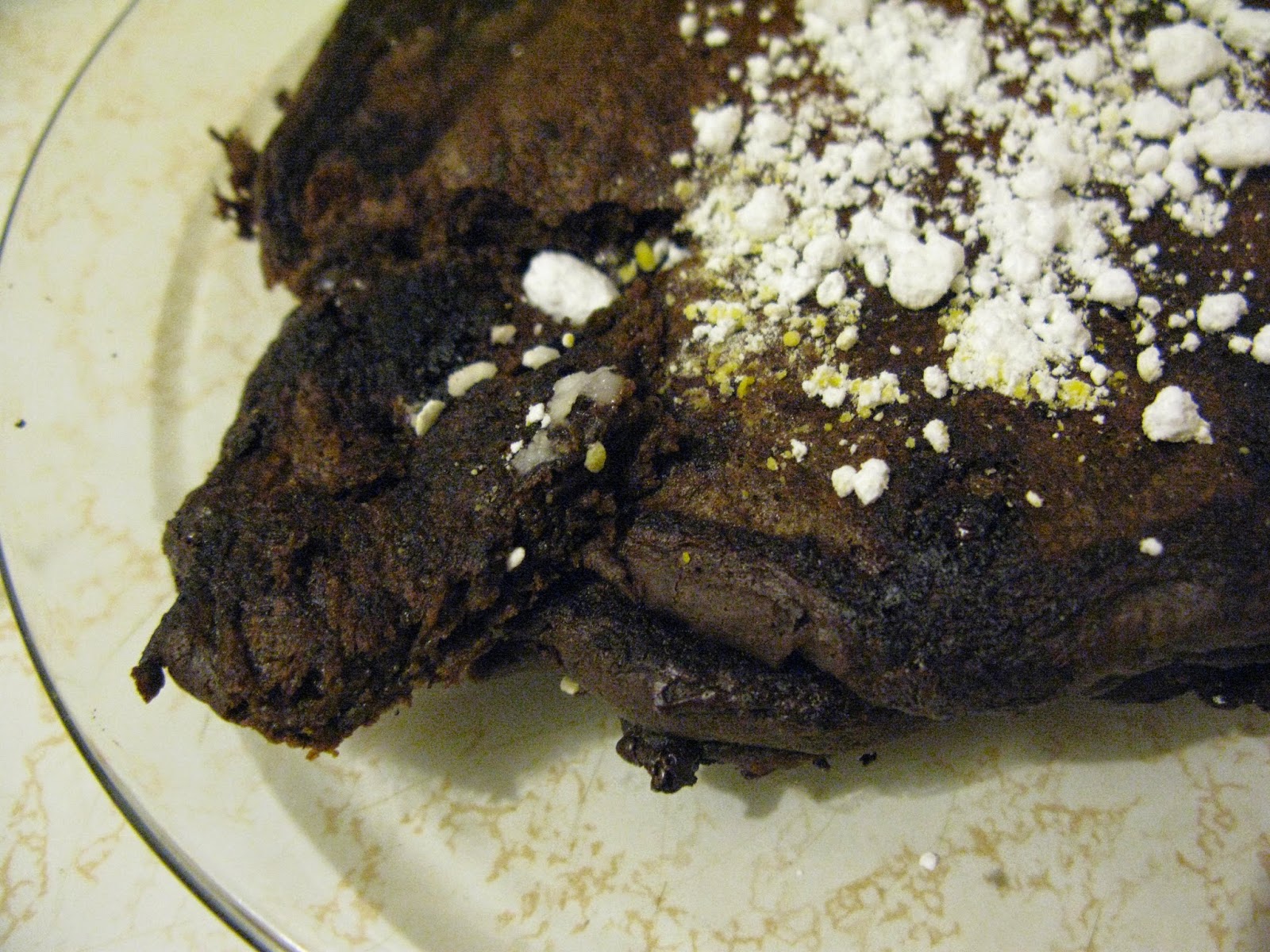 I am only in the second episode, and I have already seen a murder and an unwanted pregnancy.  It is shaping up to be a scandalous television show. 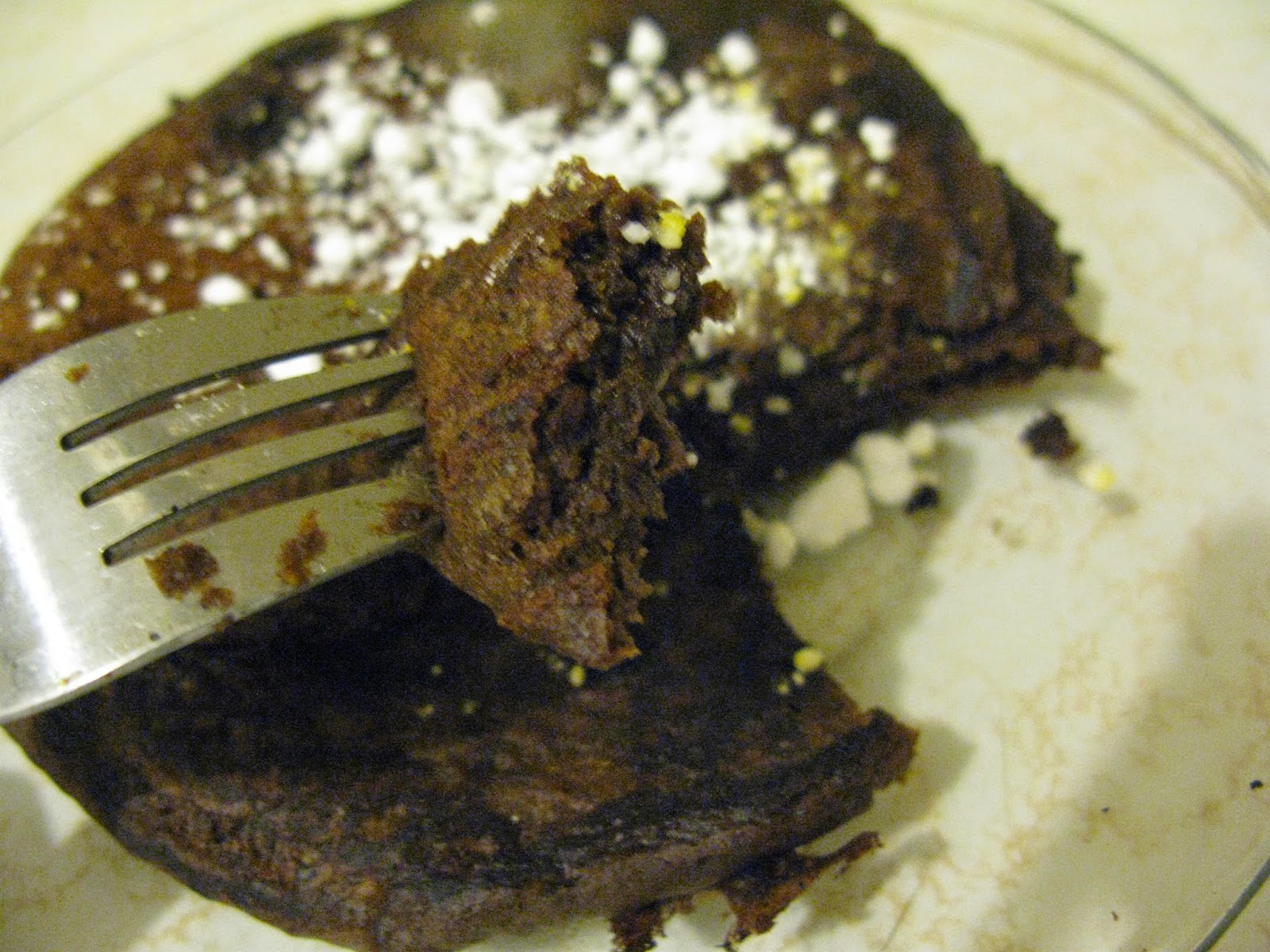 If you are trying to increase your expose to Spanish but still be entertained, this is one way to do it.  I also enjoy listening to their cool Spanish accents. 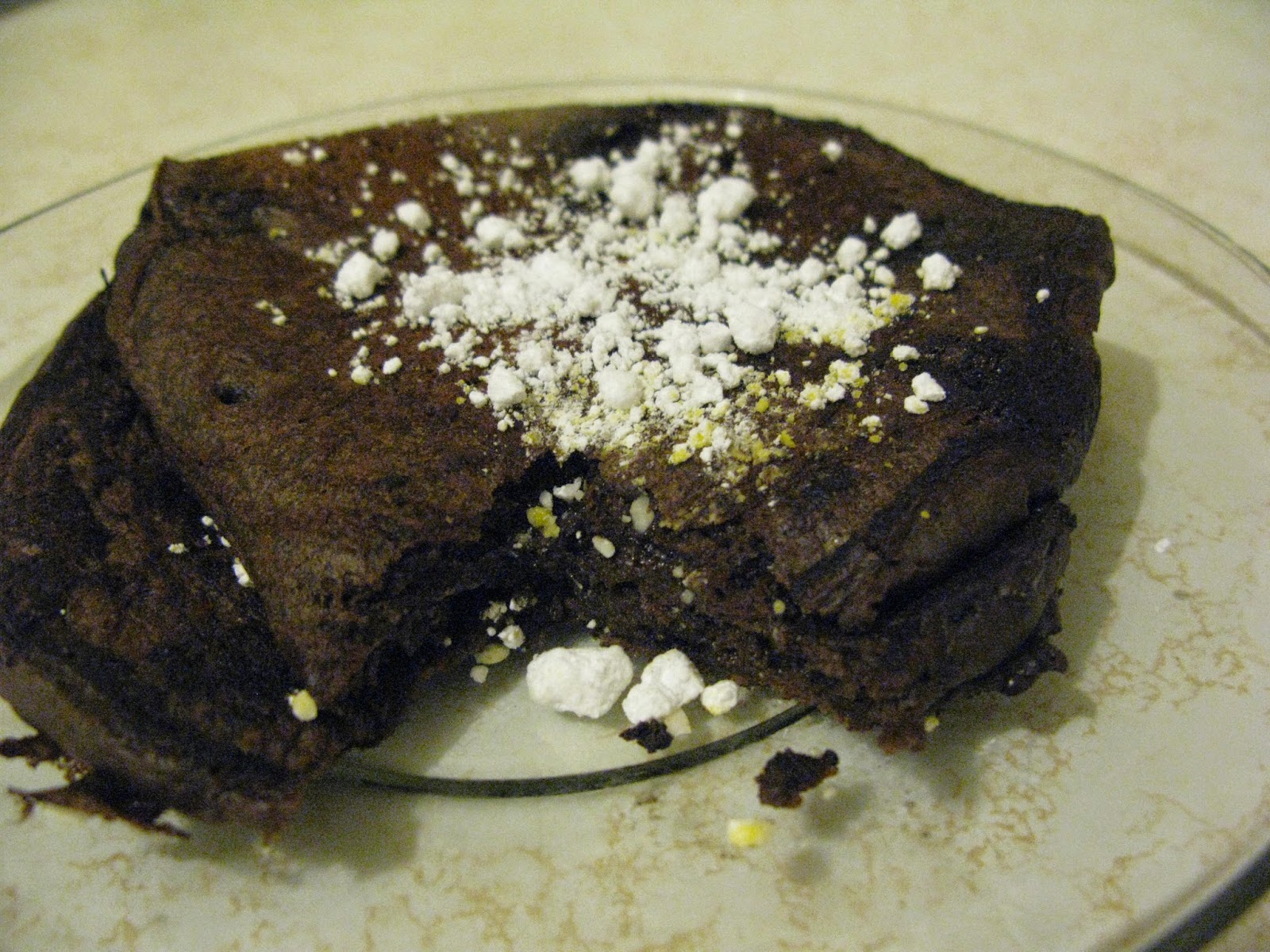 Here is another pumpkin recipe!  I got the base recipe from allrecipes.  I made a few modifications.  I replaced the allspice with nutmeg and the milk with coconut milk.  I also added cocoa powder and chocolate chunks. 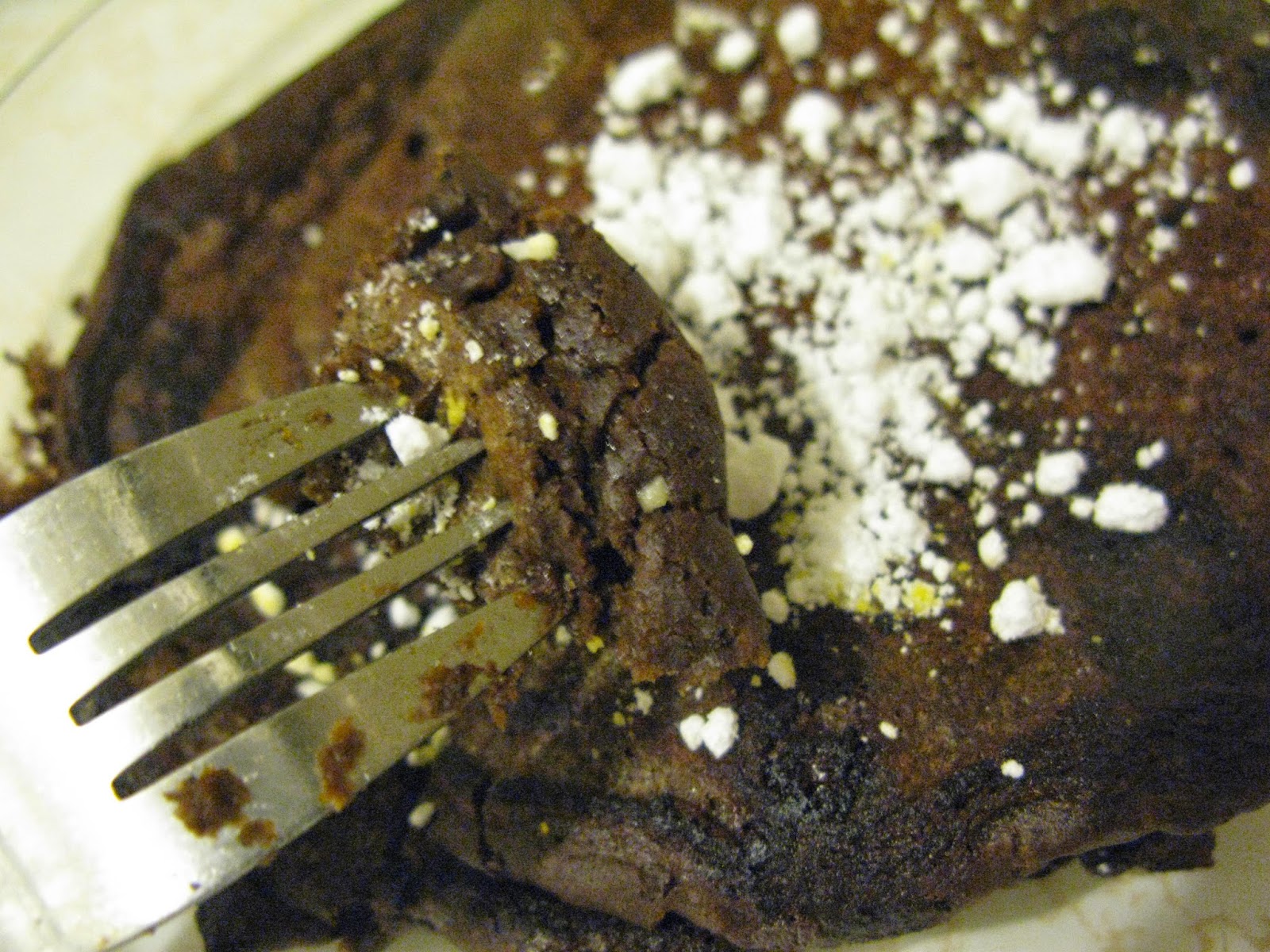 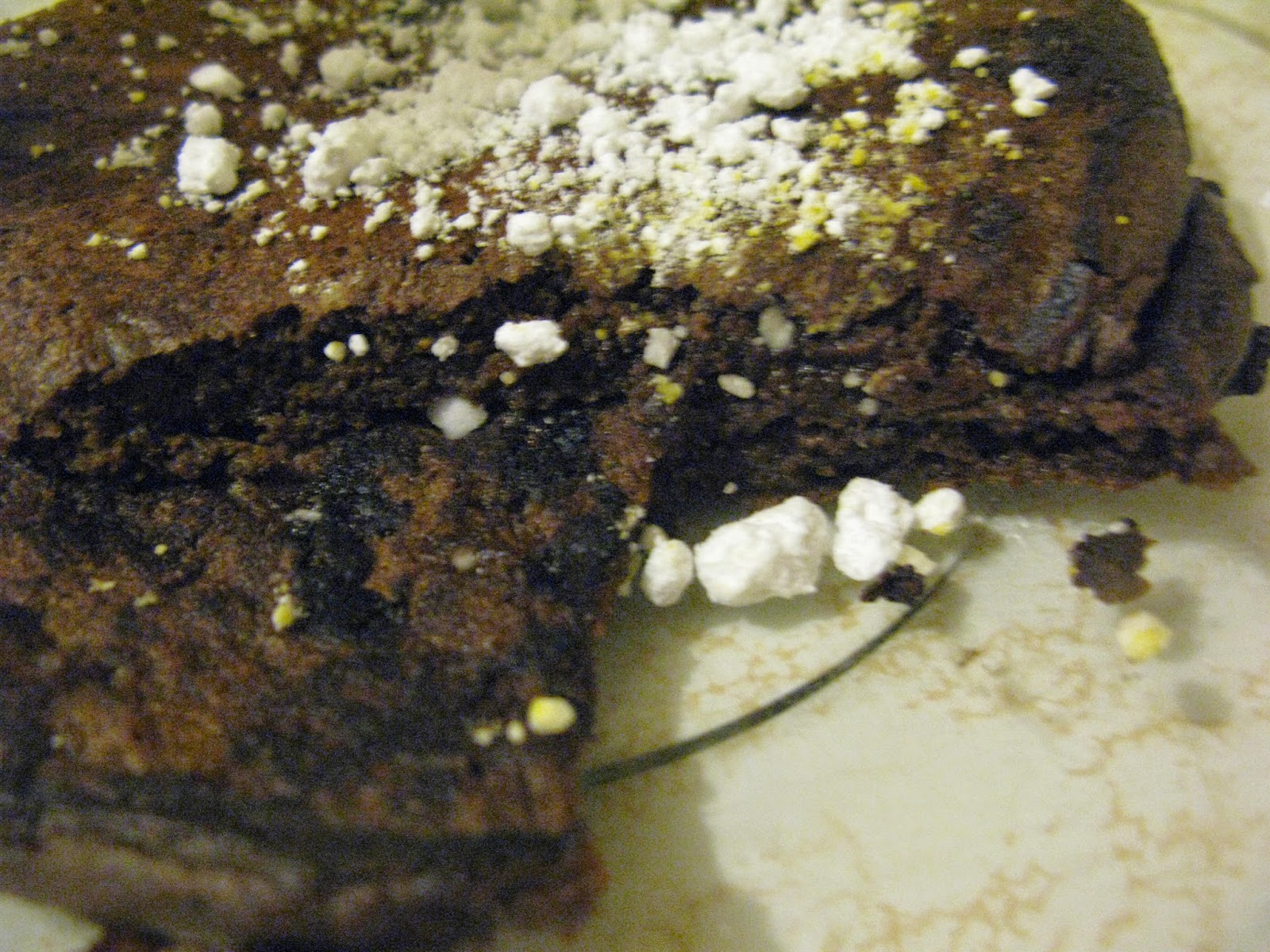 I added the milk, pumpkin, egg, oil, and vinegar into a bowl.  I whisked all of these ingredients together. 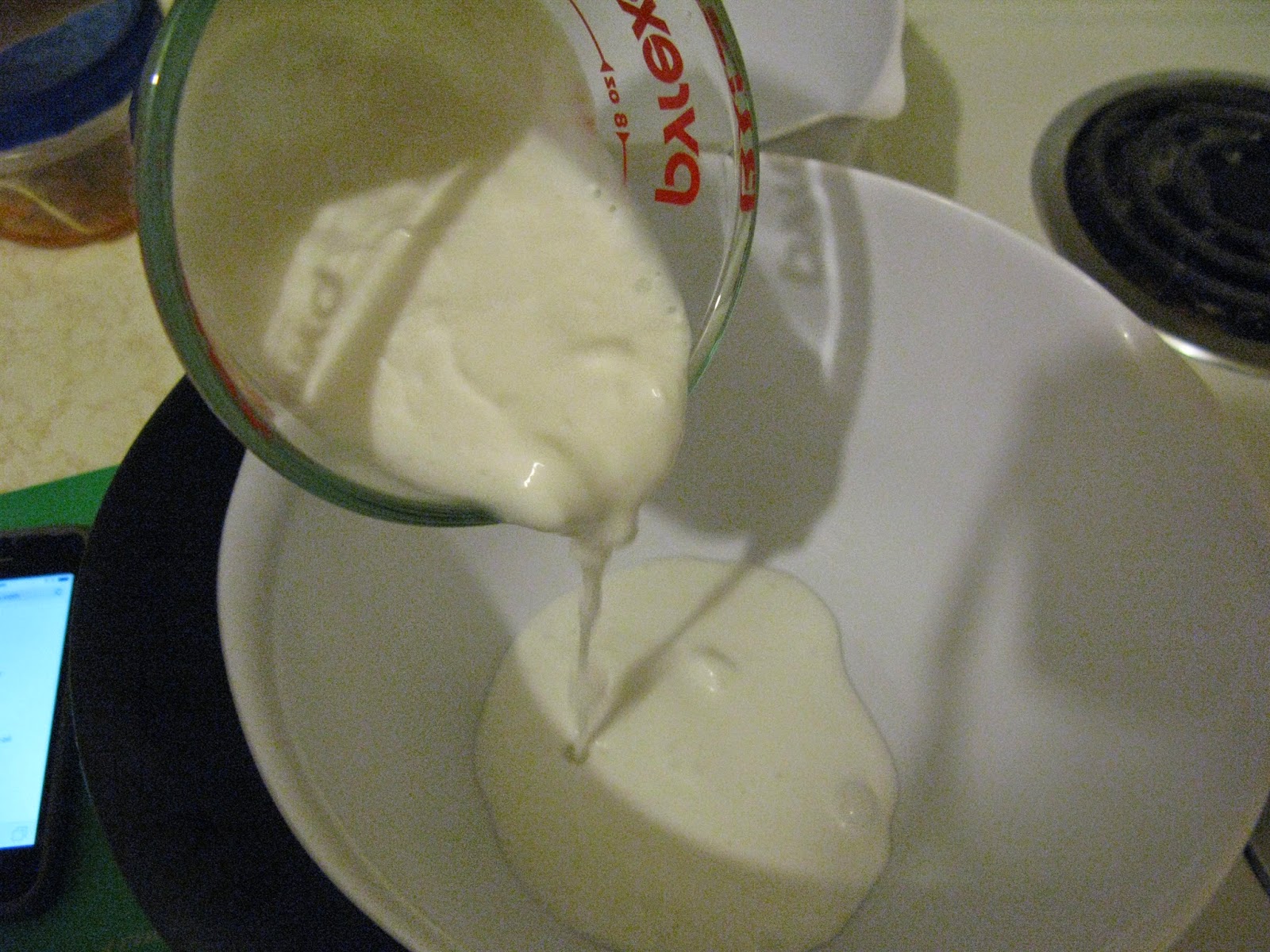 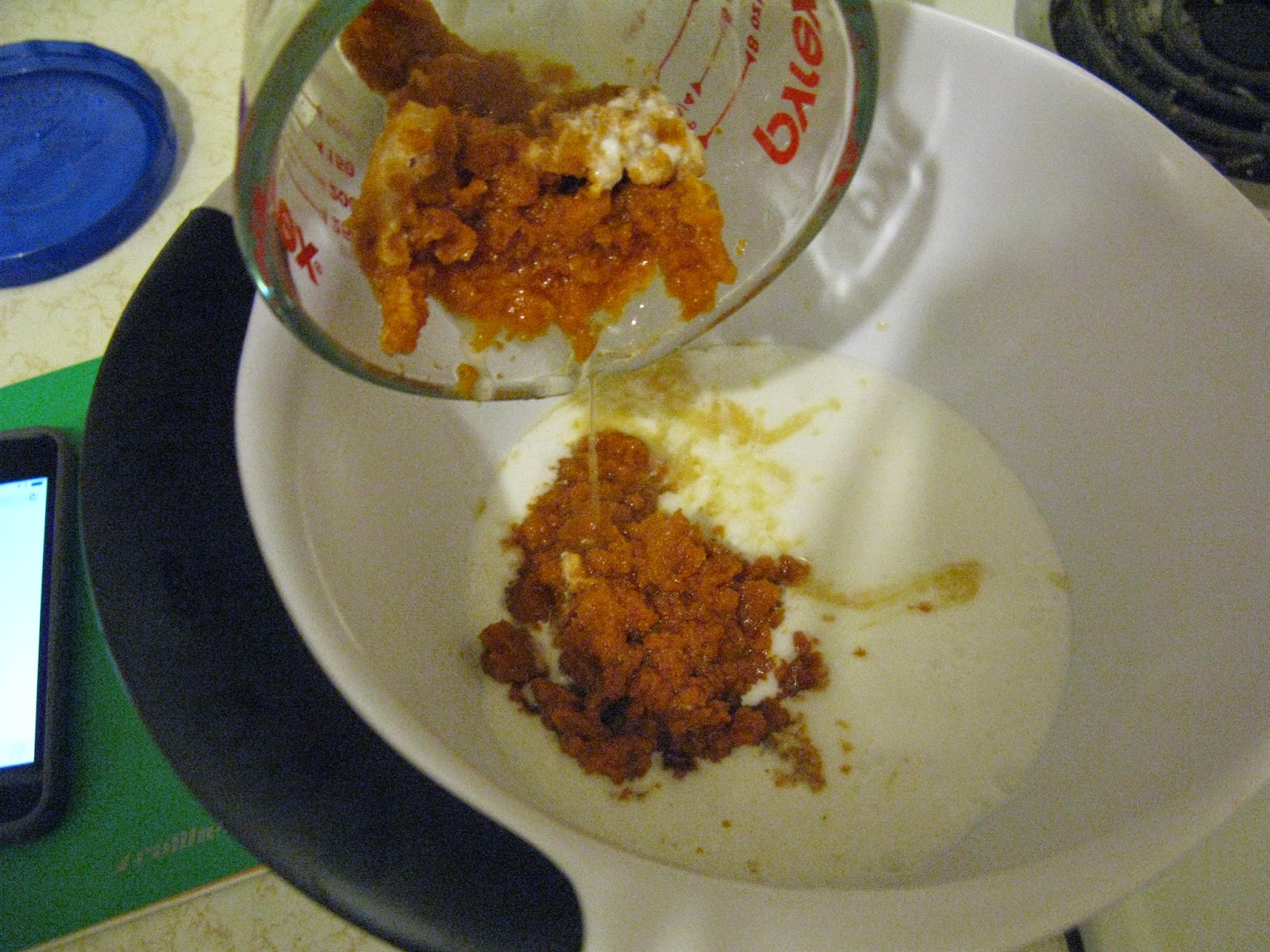 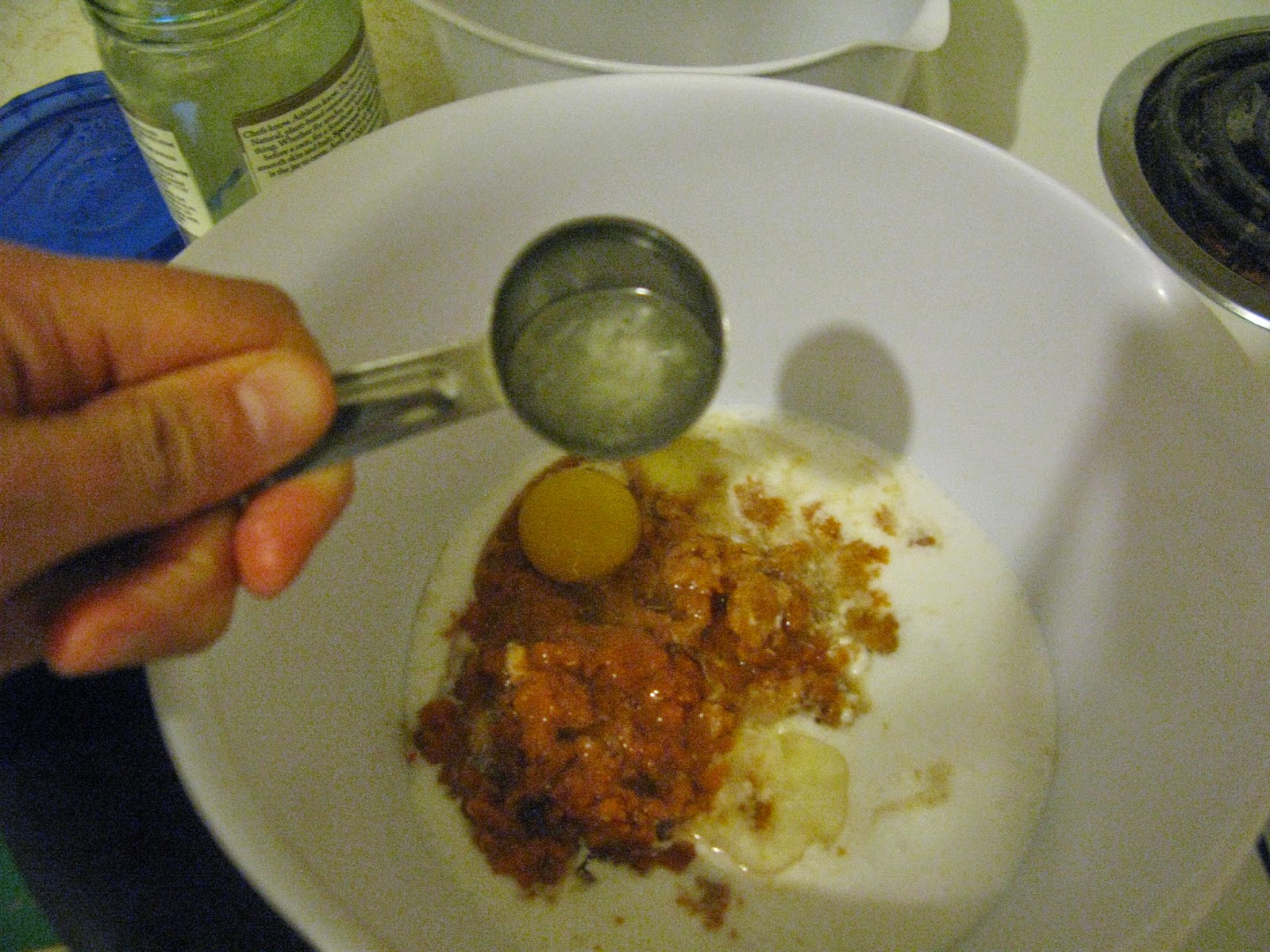 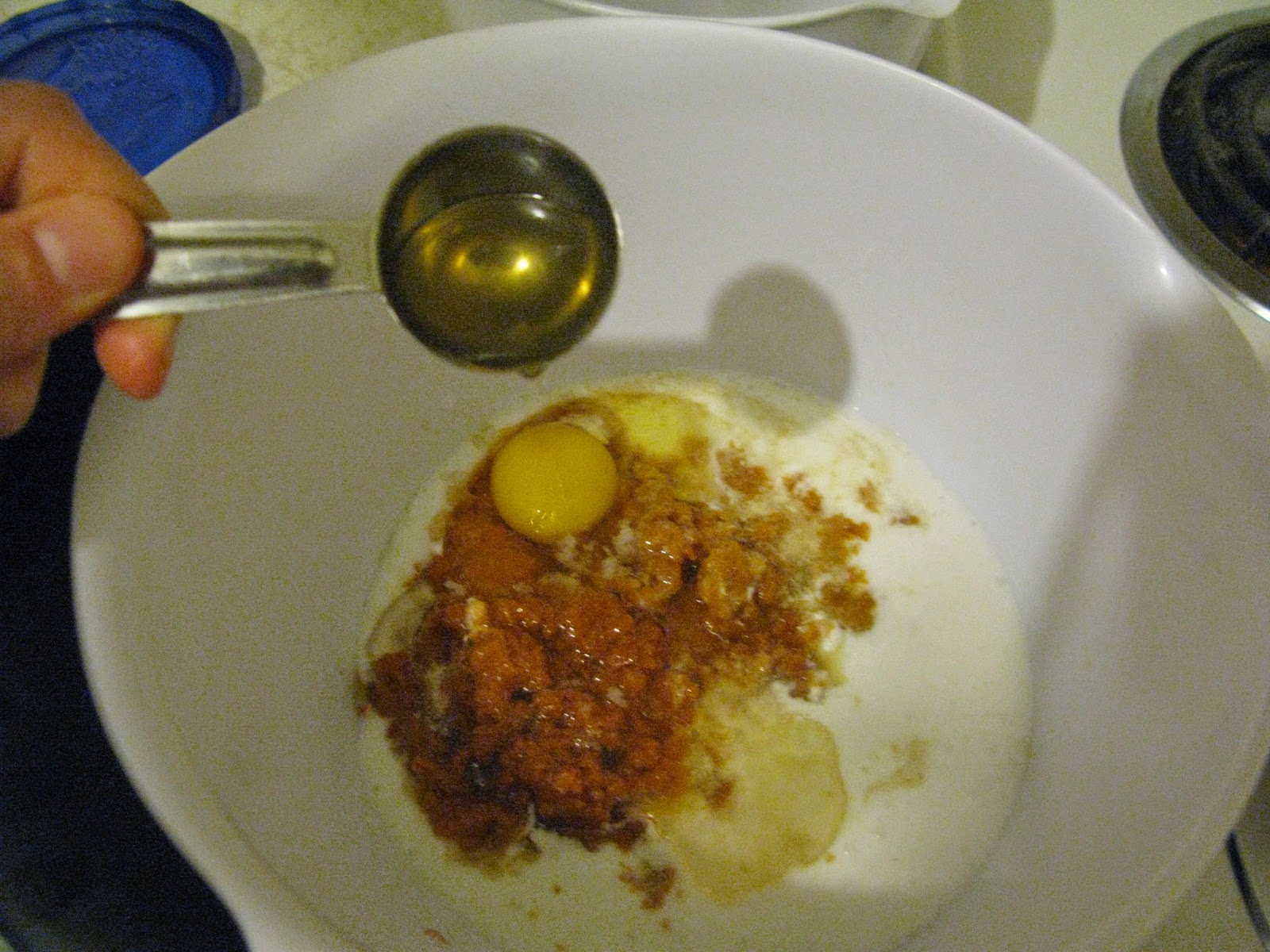 In another bowl, I added the brown sugar, baking powder, and baking soda. 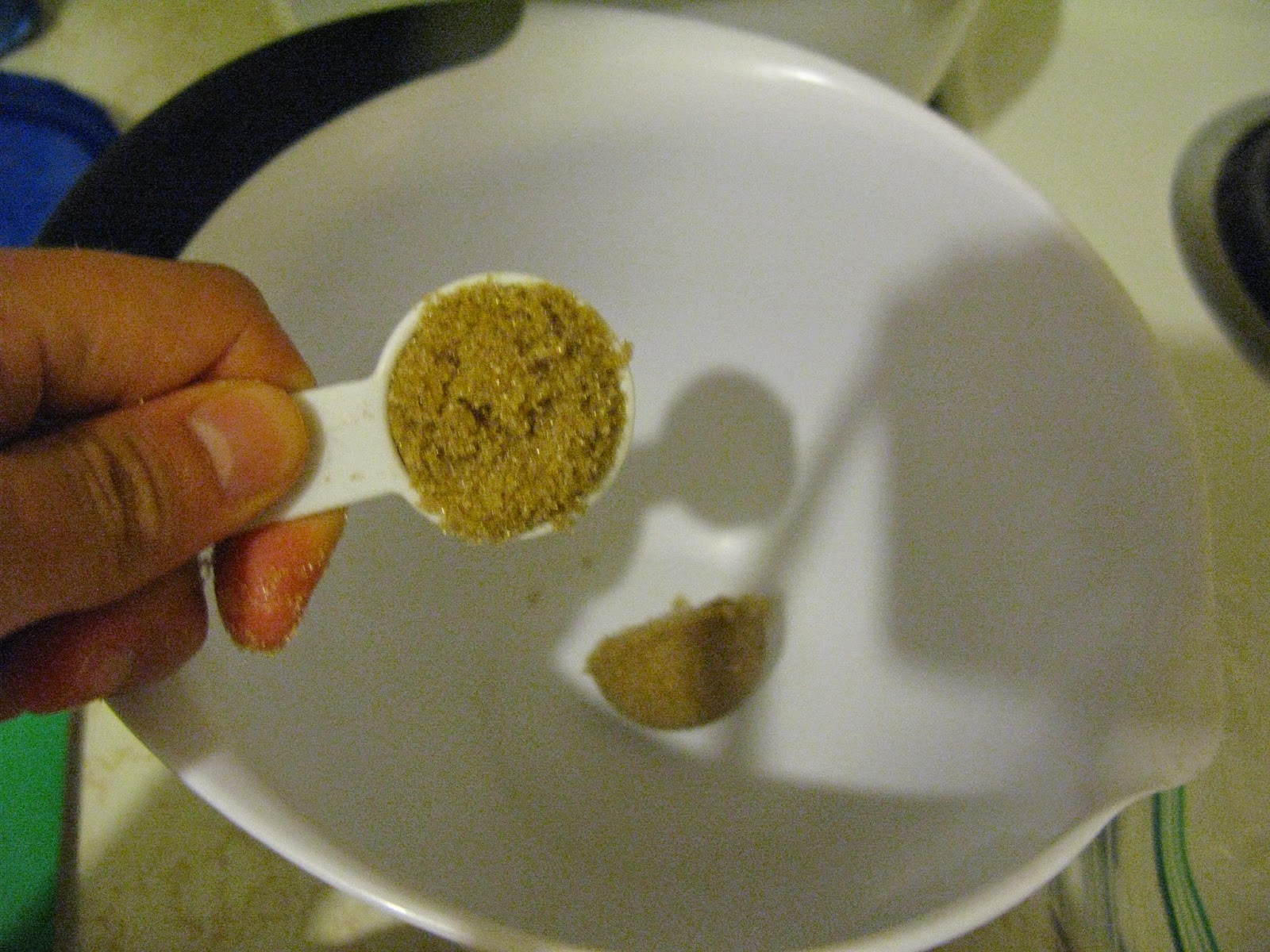 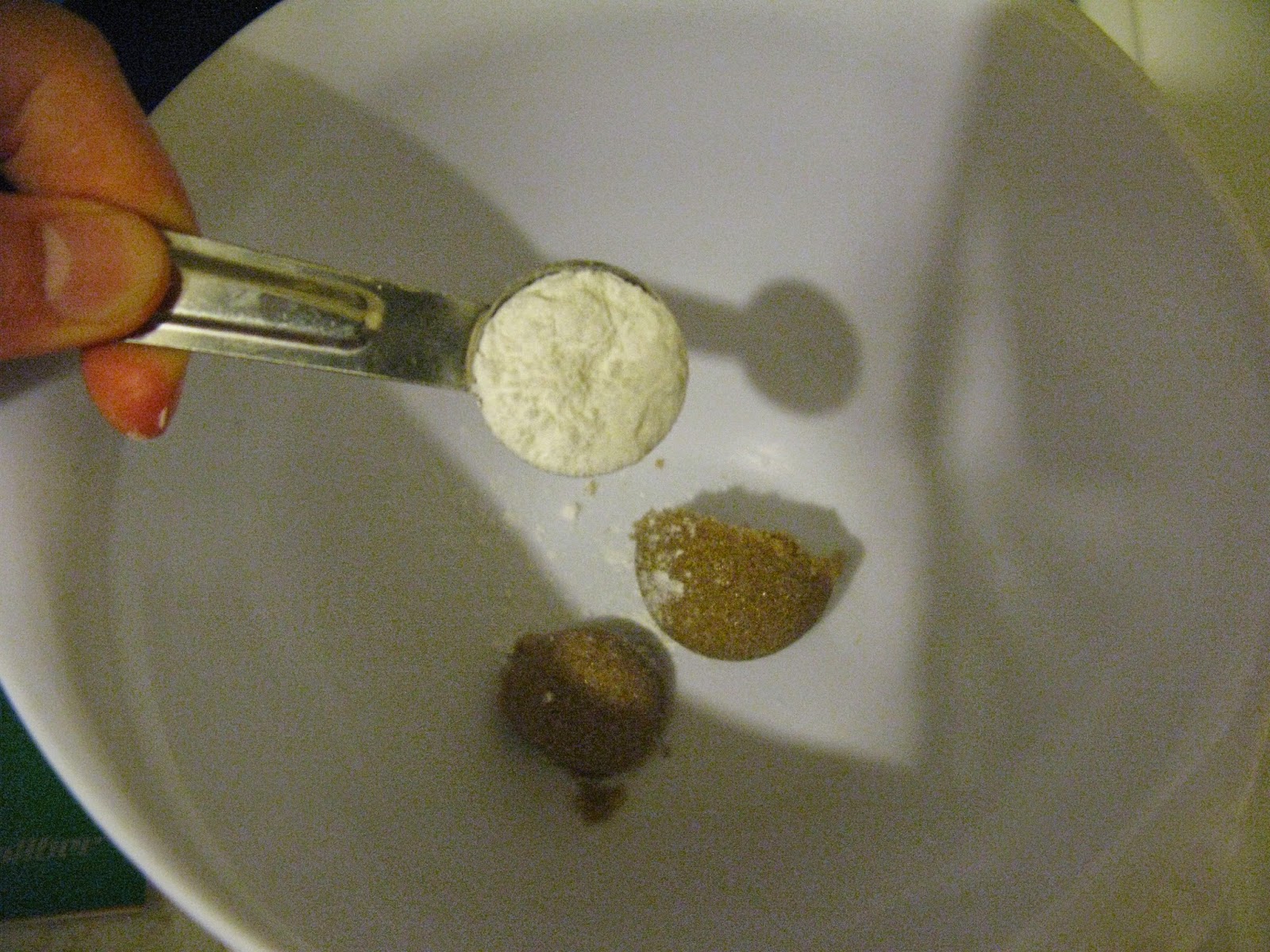 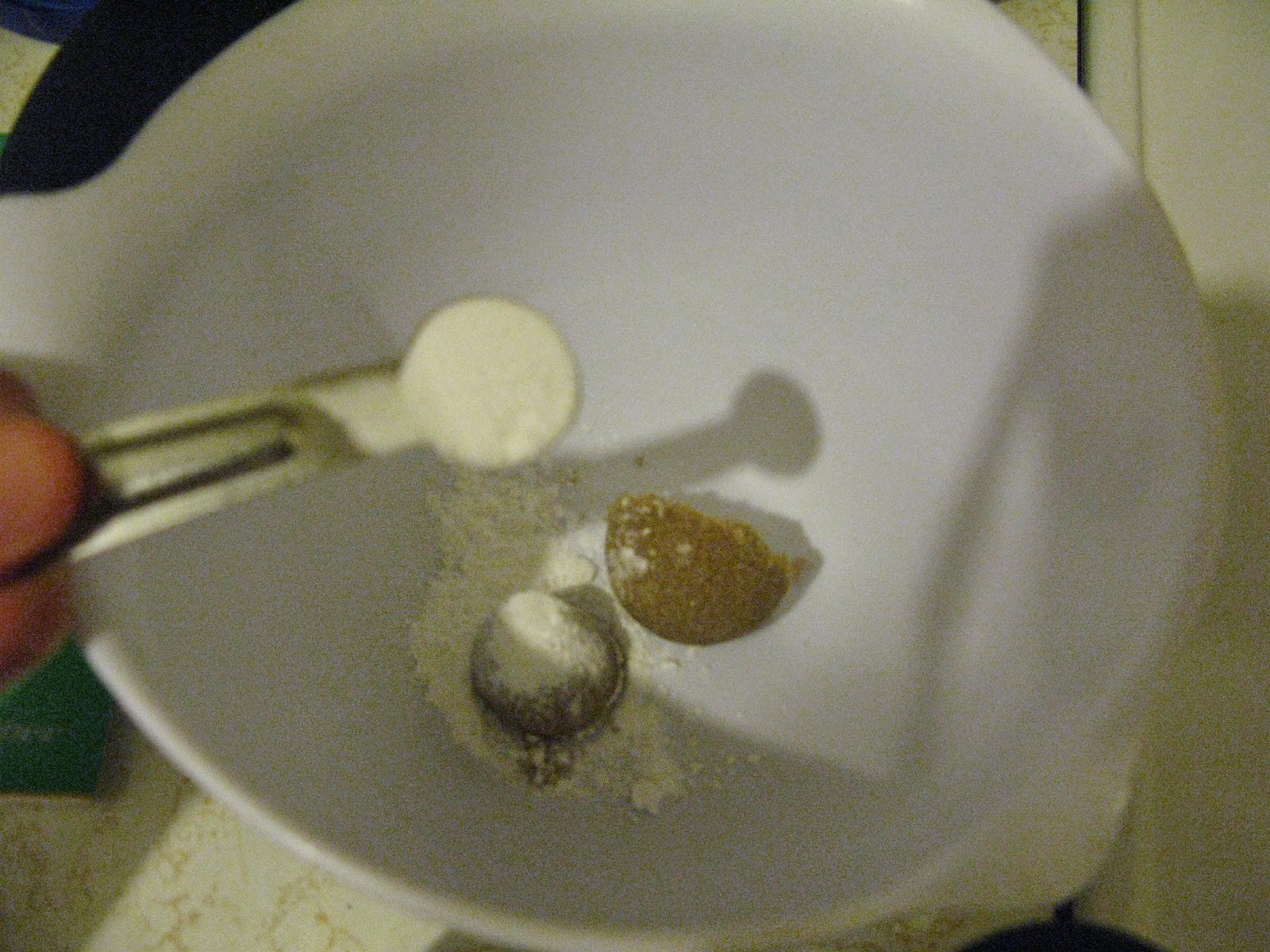 I added the cinnamon, nutmeg, salt, and ginger to the bowl with the sugar and leavening agents. 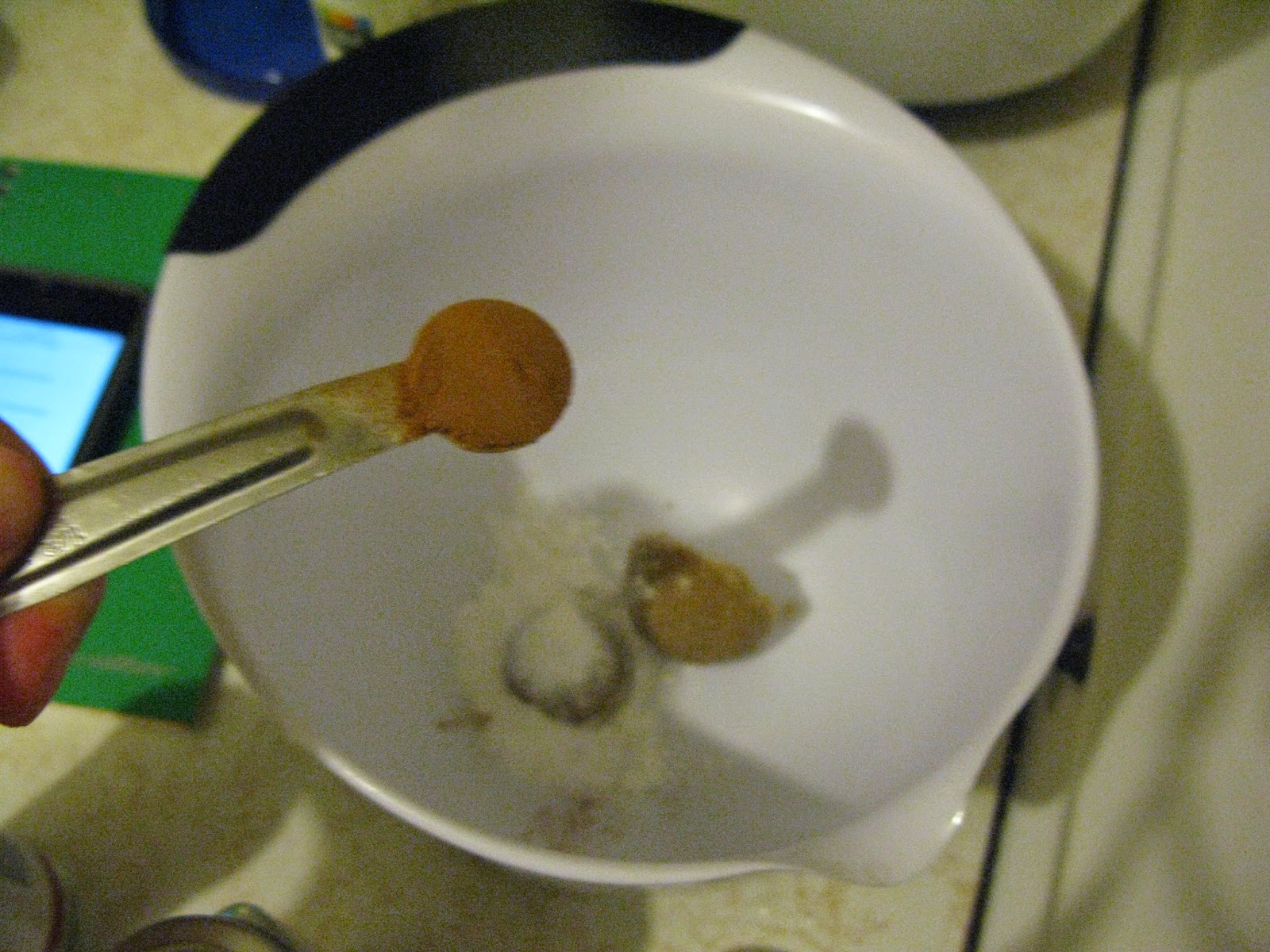 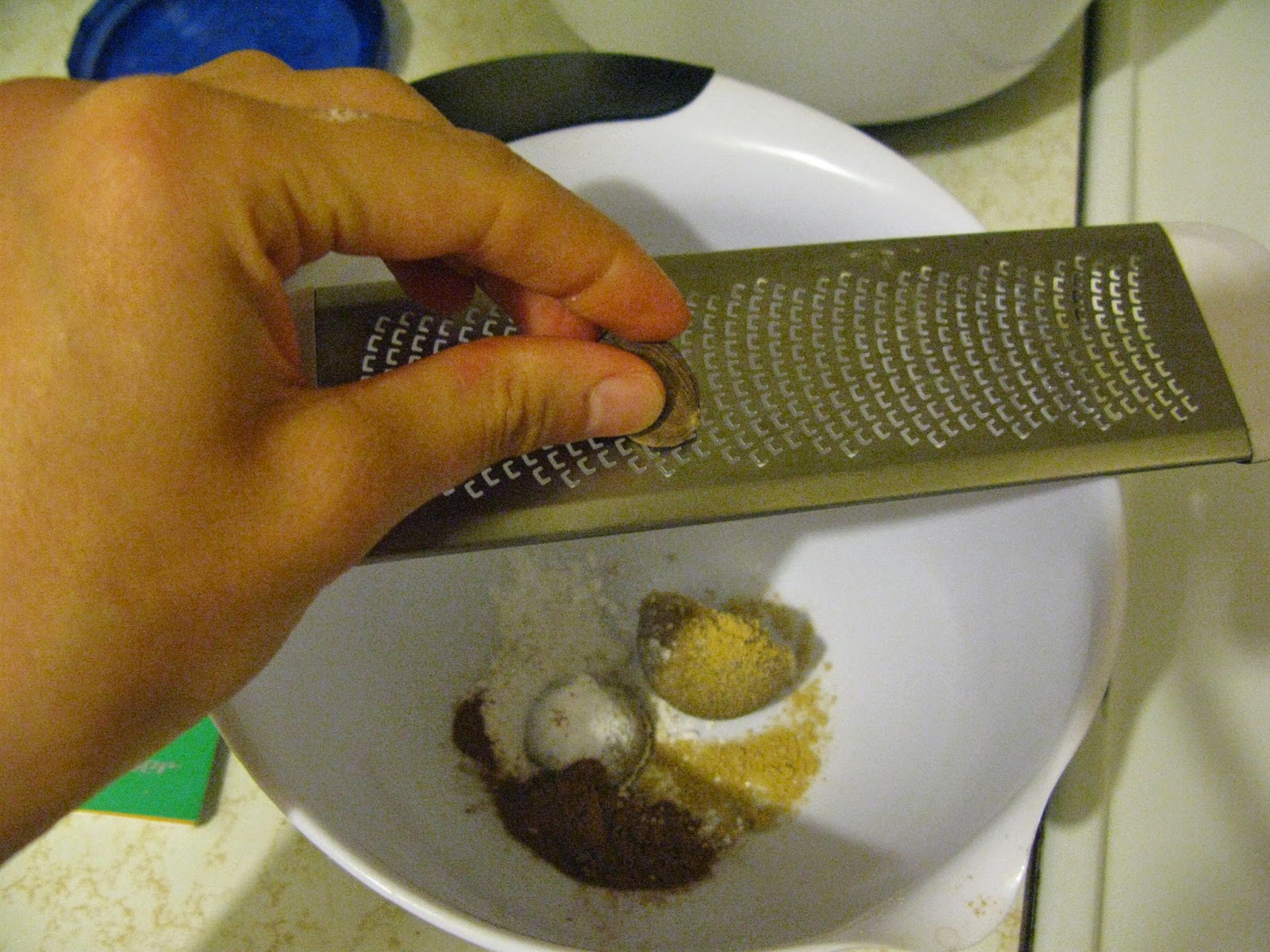 I added the cocoa powder and flour. 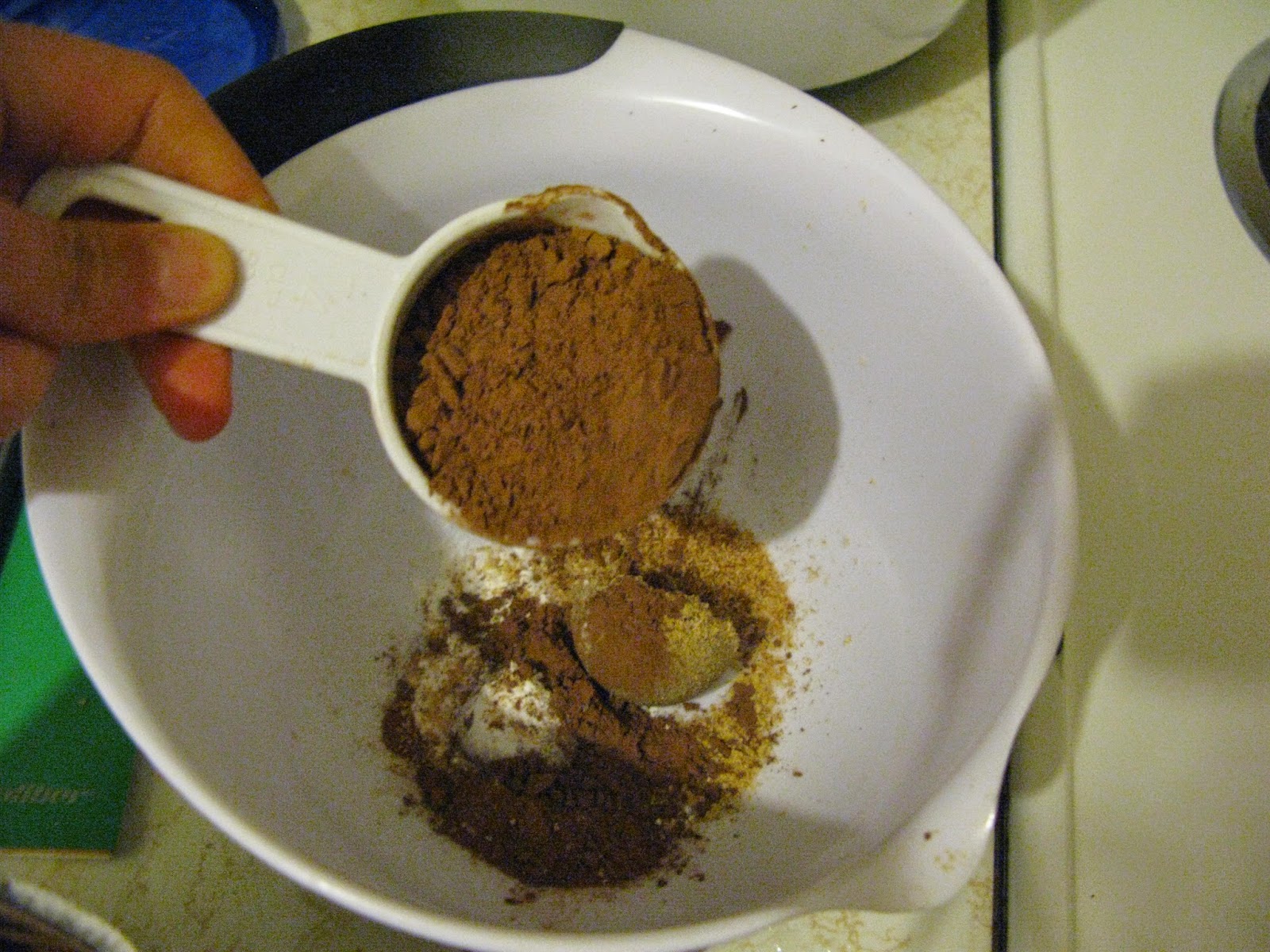 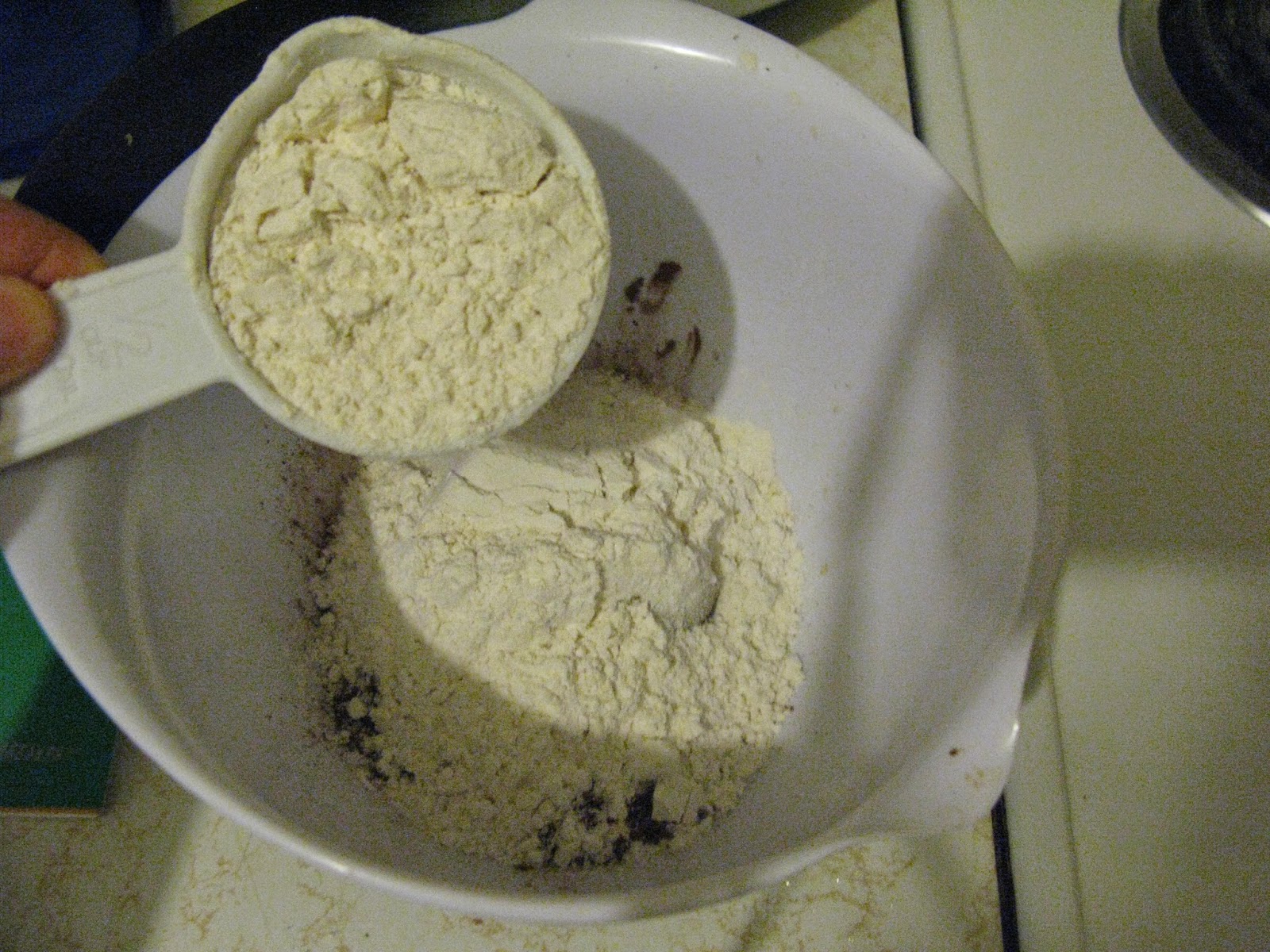 I whisked the dry ingredients together and poured them into the bowl with the liquid ingredients. 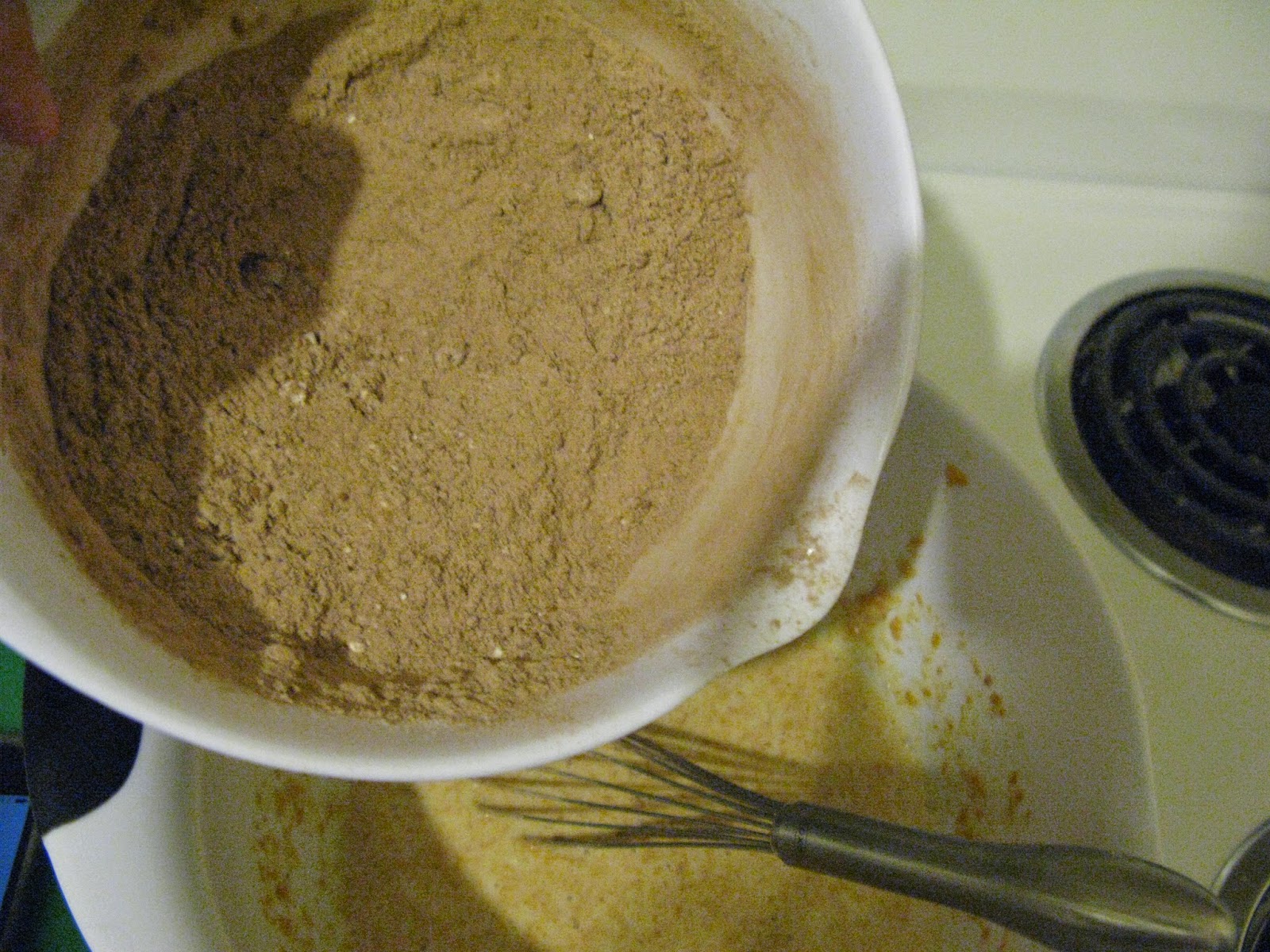 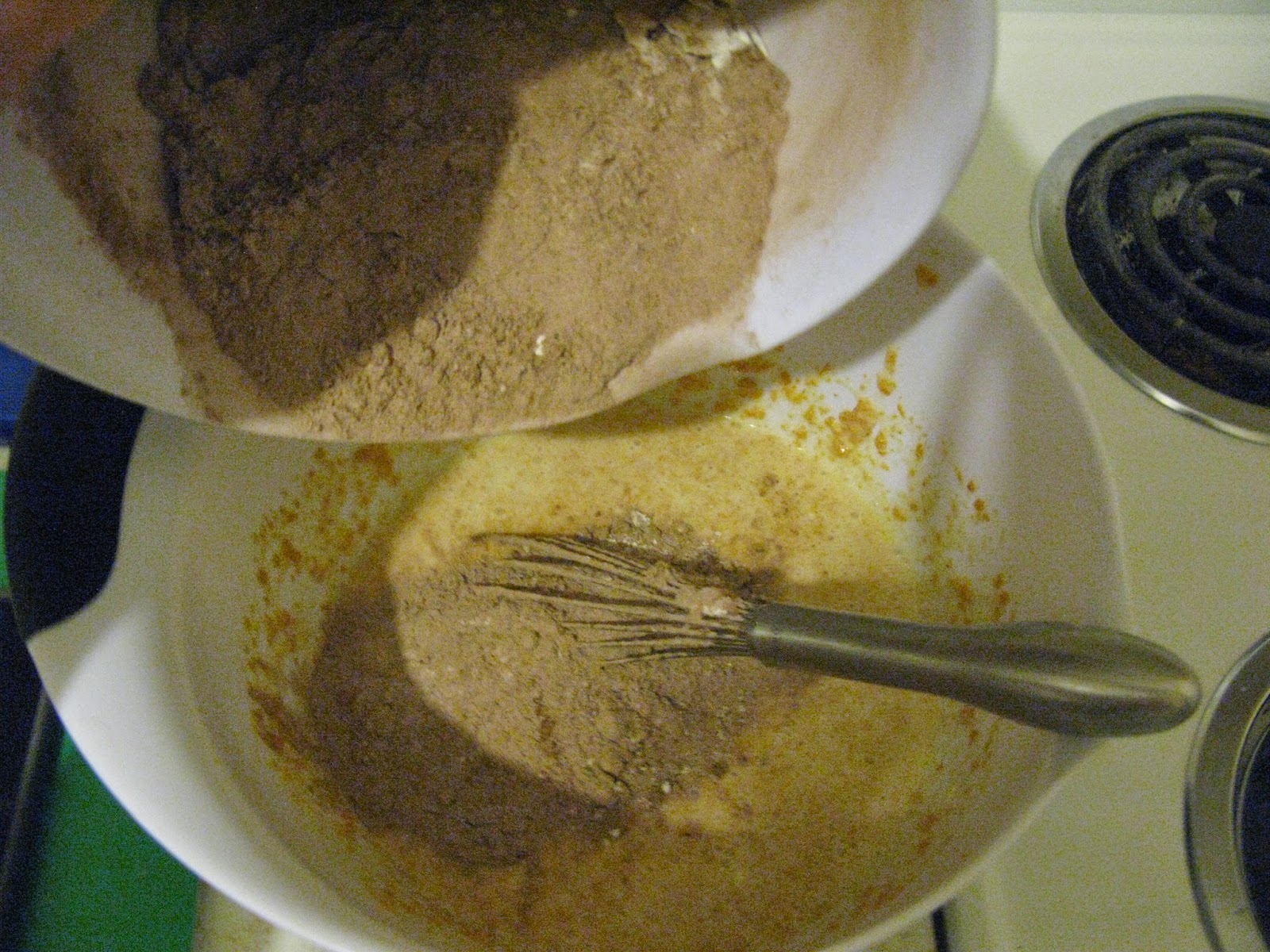 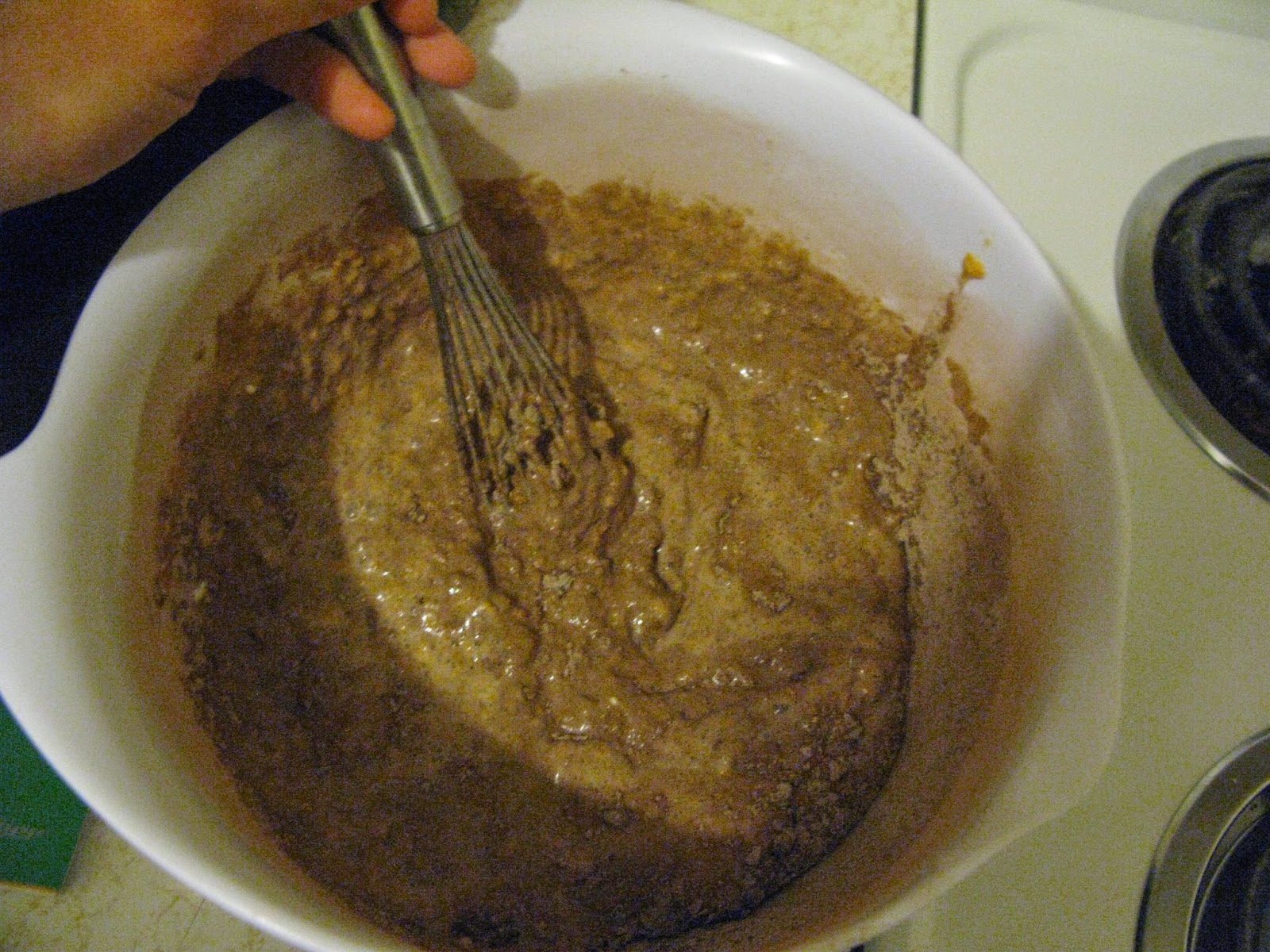 I cooked this in a greased, hot skillet.  I flipped the pancake once bubbles started to form in the center of the pancake.  I let it cook a few more minutes before removing it from the hot pan. 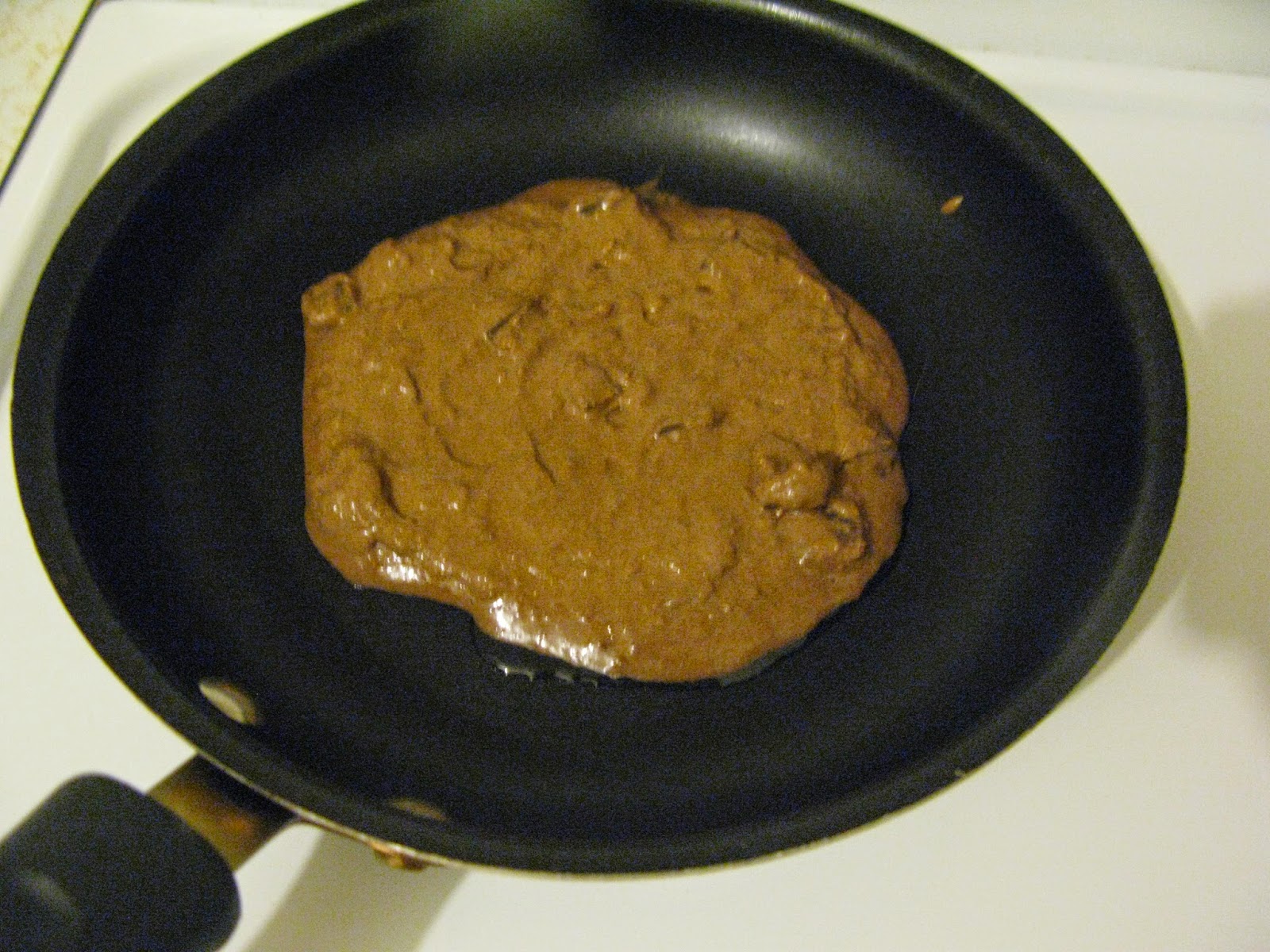 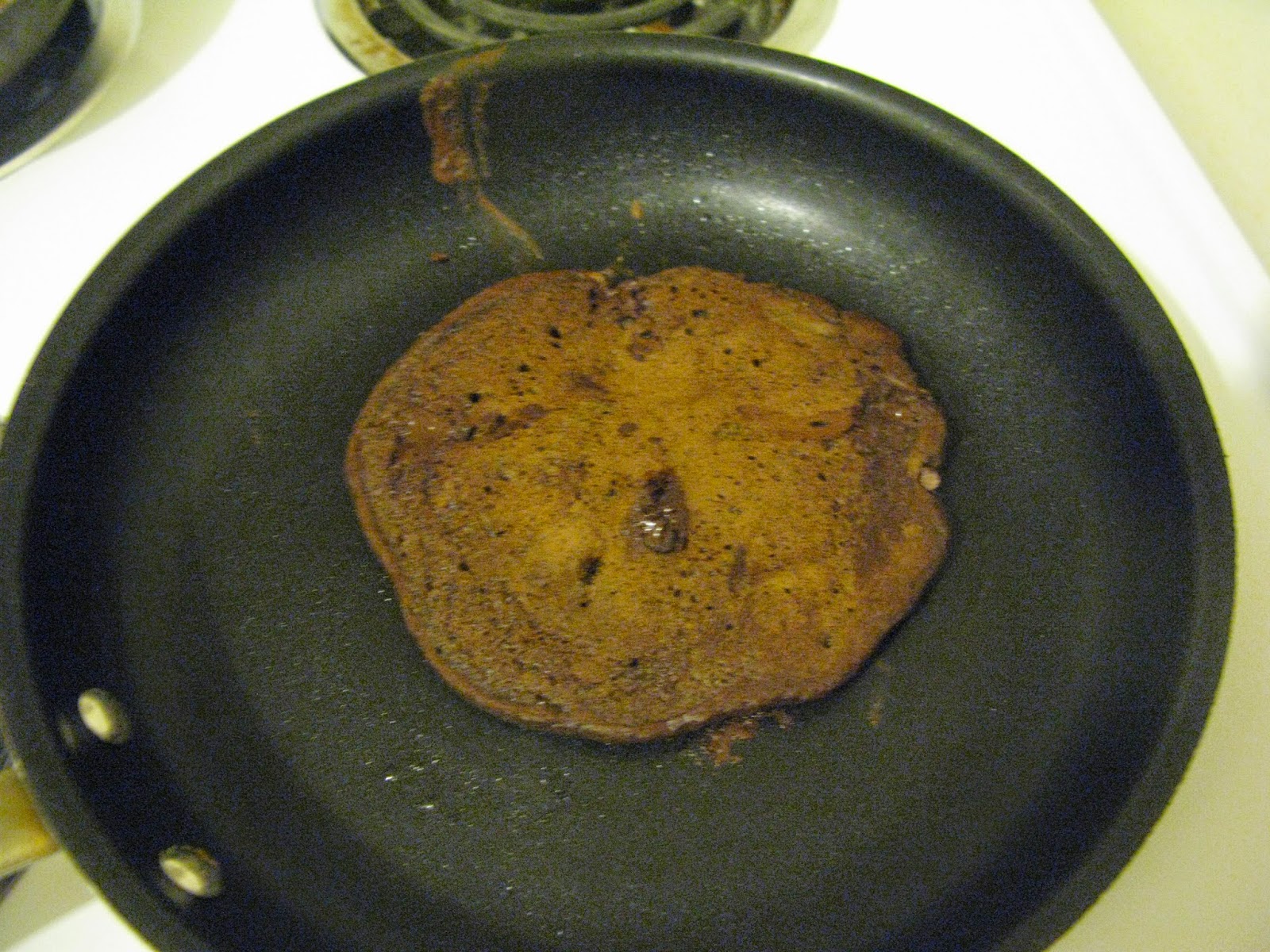 I ate these pancakes with powdered sugar.  It was rich and sweet enough without an elaborate syrup of sauce, though something more luxurious like caramel would be wonderful too. These pancakes had a rich chocolate taste.  It overpowered the subtle spices.  I should have omitted the spices or reduced the amount of cocoa powder.  I prefer chocolate to any other flavor, so next time I won't add any spices. 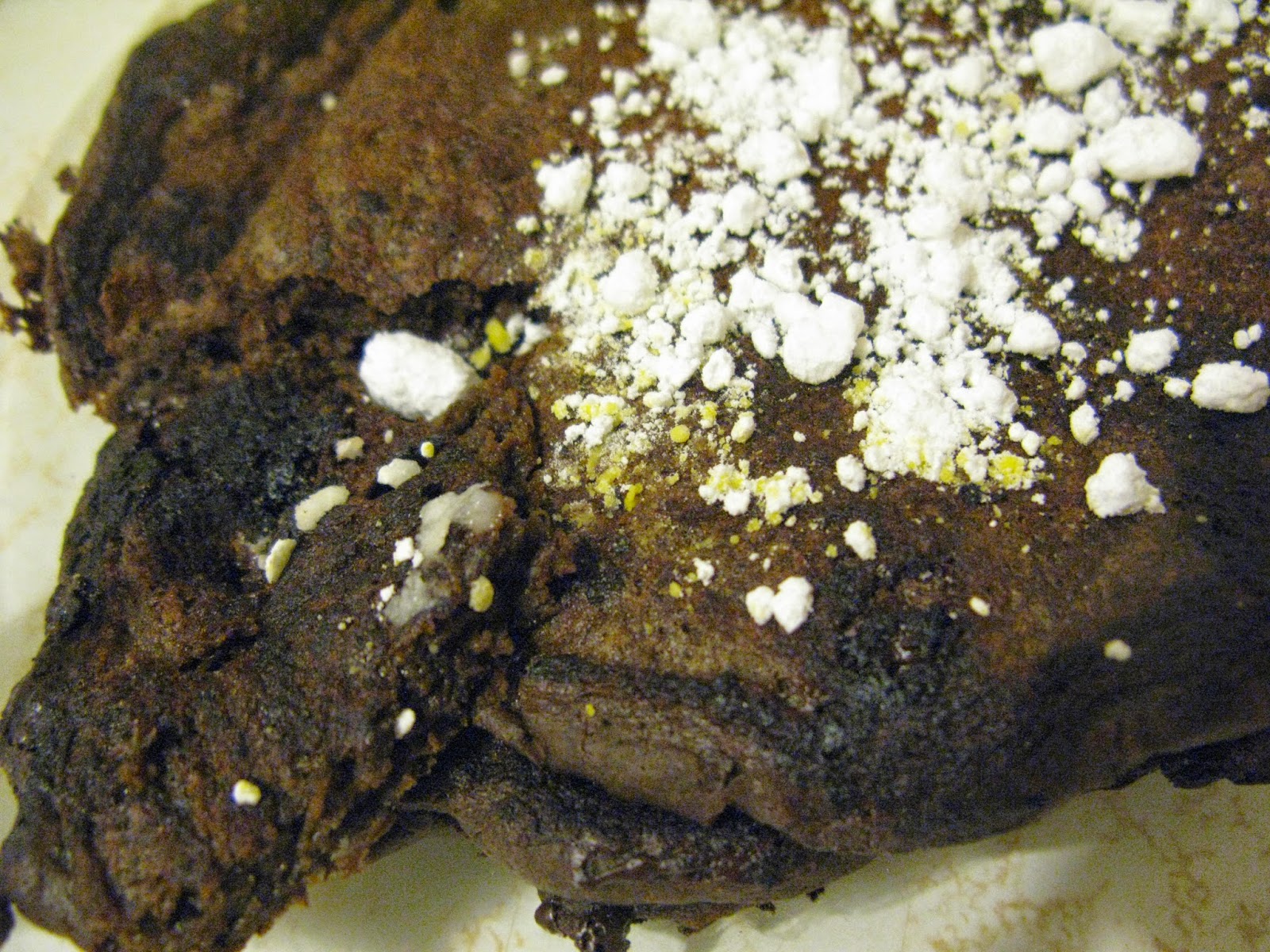 These pancakes have a very soft and dense texture because of the pumpkin. 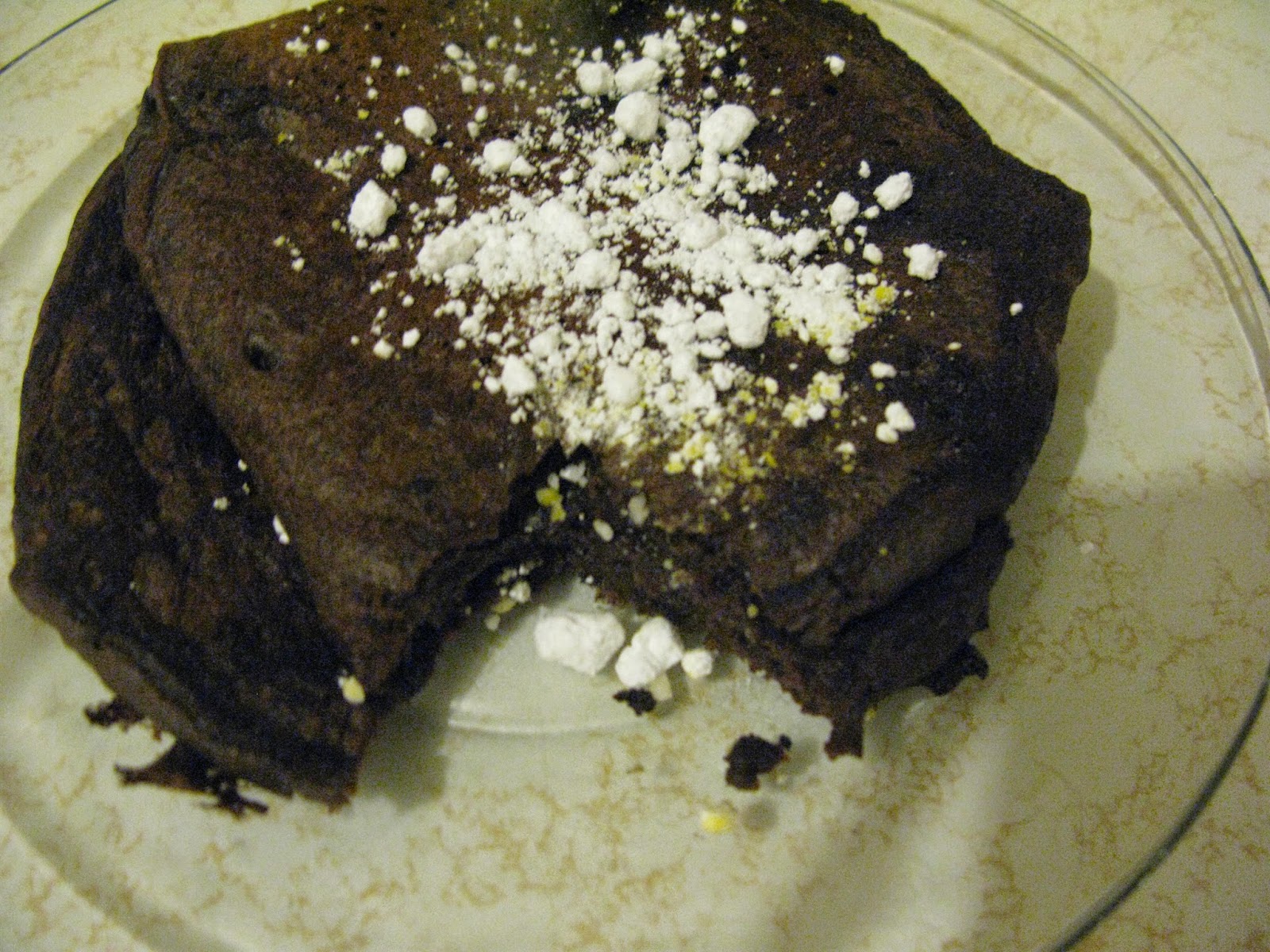 Even though the pancakes only had a tablespoon and a half of sugar, they tasted like a dessert.  Breakfasts that taste like desserts are always a plus in my book. 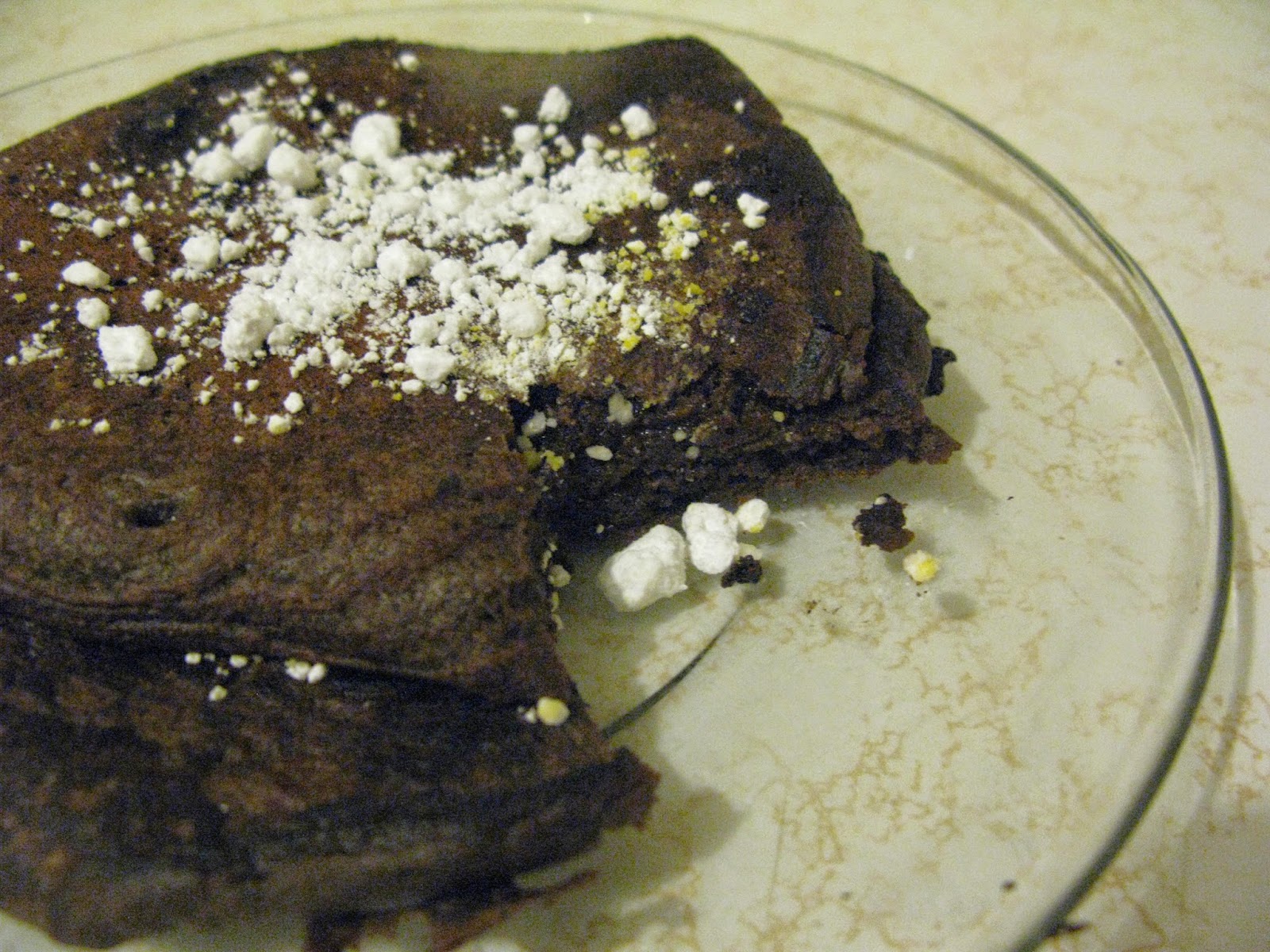 After looking at these photos, I'm a little sad I don't have anymore chocolate pumpkin pancakes left! 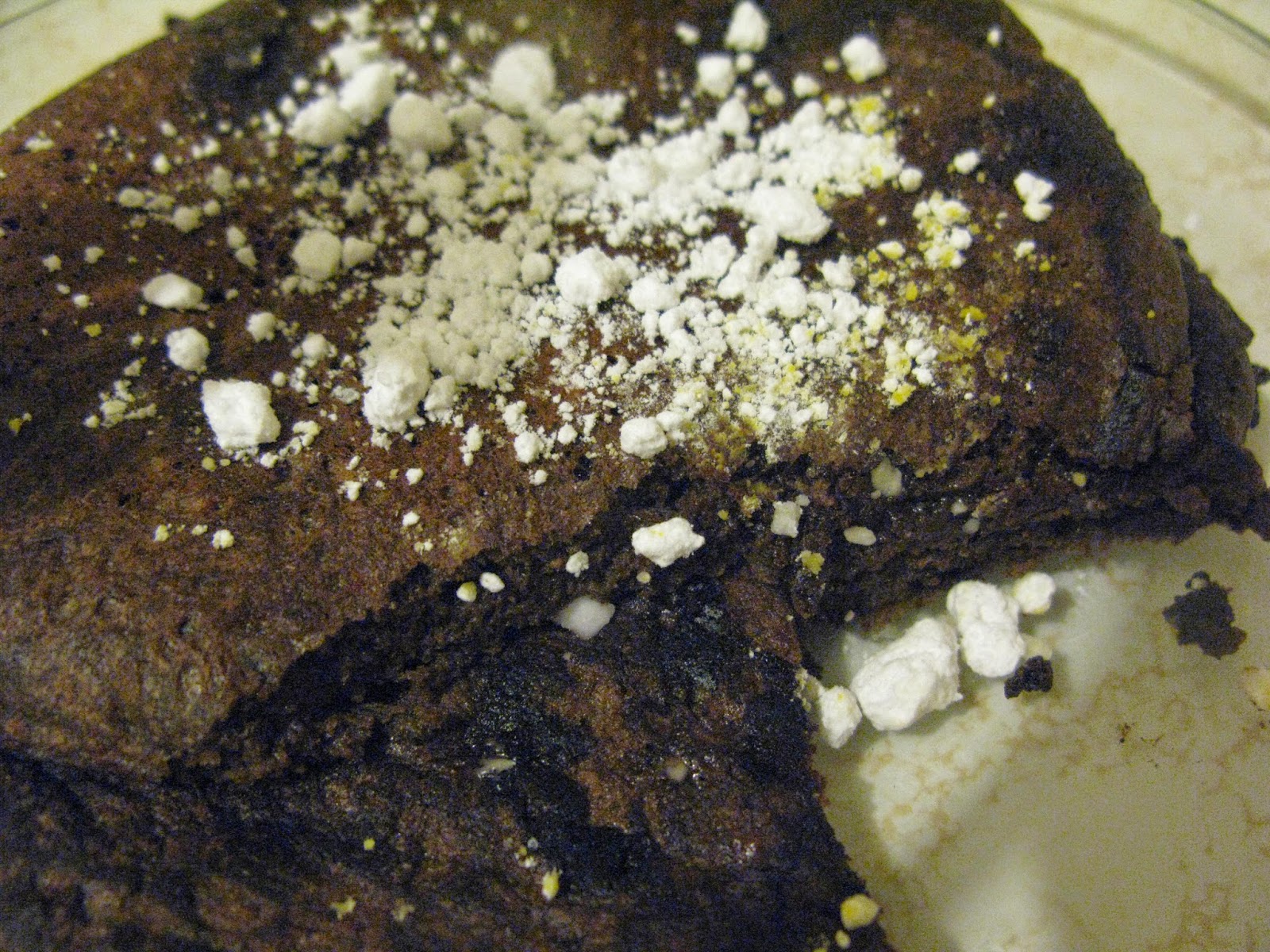 I have never had a chocolate pumpkin pancake before, sounds delish!

Thanks Jessica! They were!