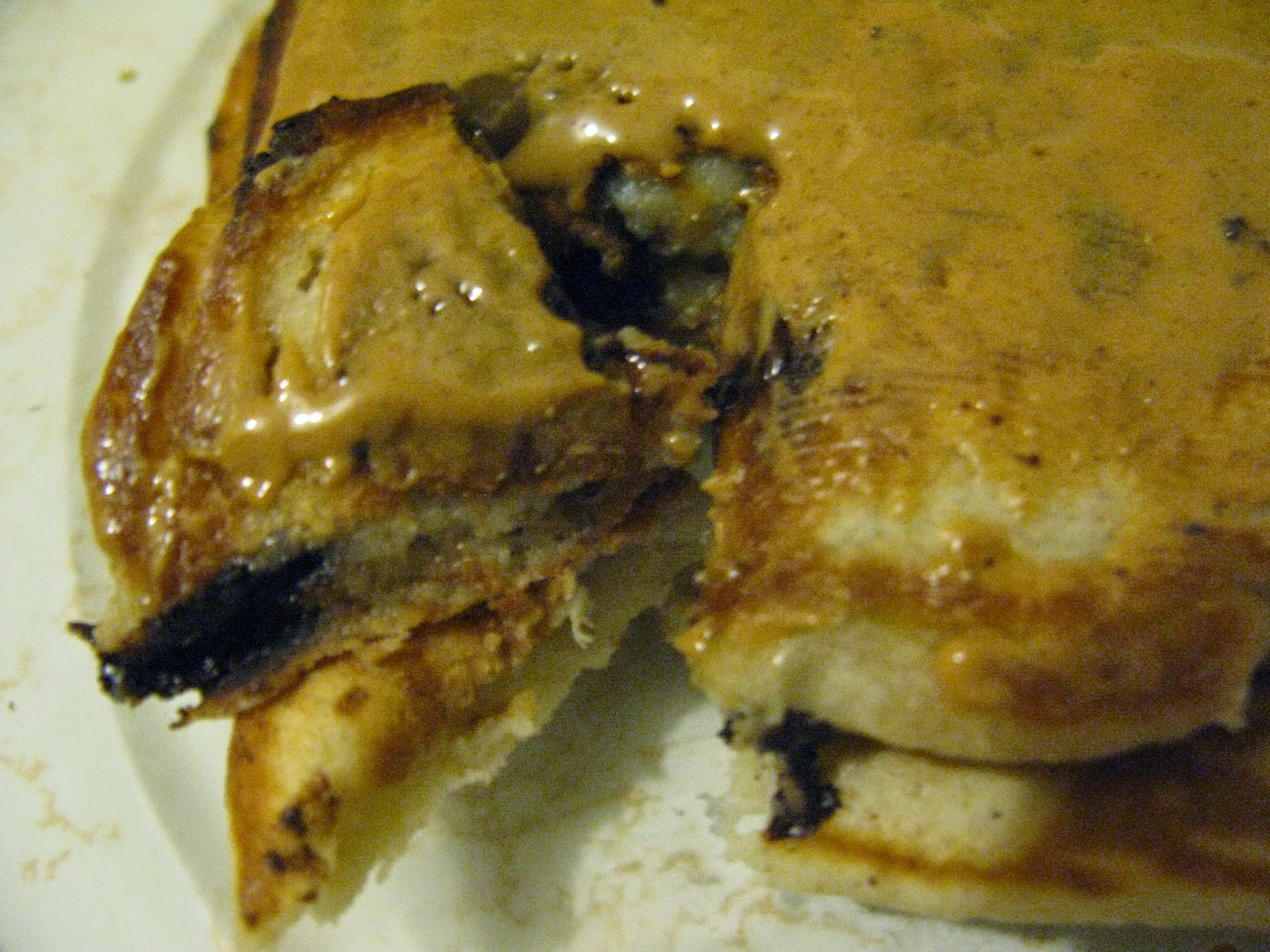 While the food blogging world is transfixed with pumpkin, I seem to be on a banana roll.  I even plan on making banana muffins tomorrow for breakfast.  I have a permanent hankering for pancakes!  They are just so tasty and easy.  My favorite pancake recipes on my blog are walnut and raisin honey pancakes, German chocolate cake pancakes, and peanut butter pancakes. 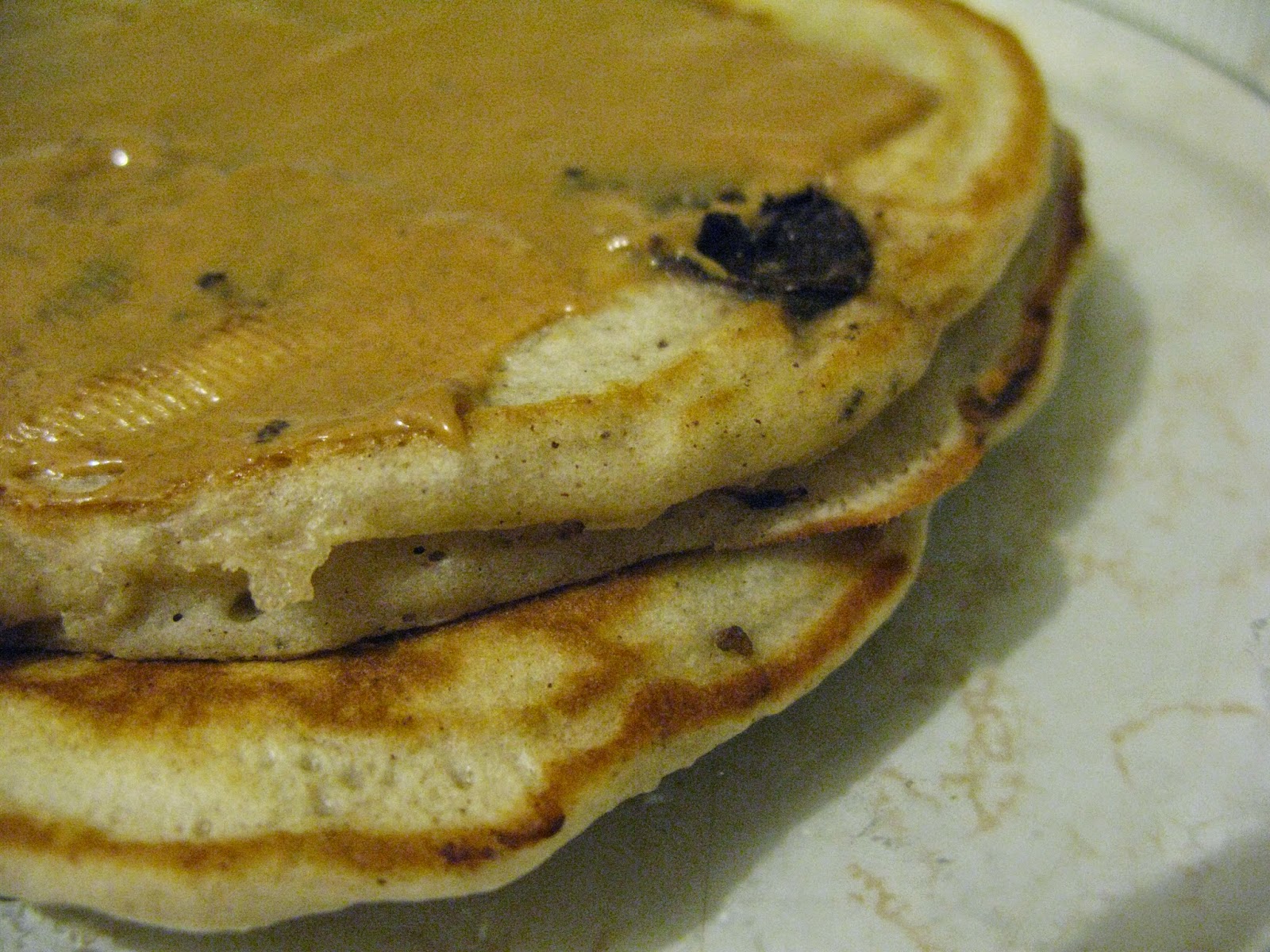 Today after work I went to a gym class, and I was the only participant.  That has happened a few times in the past.  I once took a Chinese class where I was regularly the only attendee.  I'm not sure I like it. 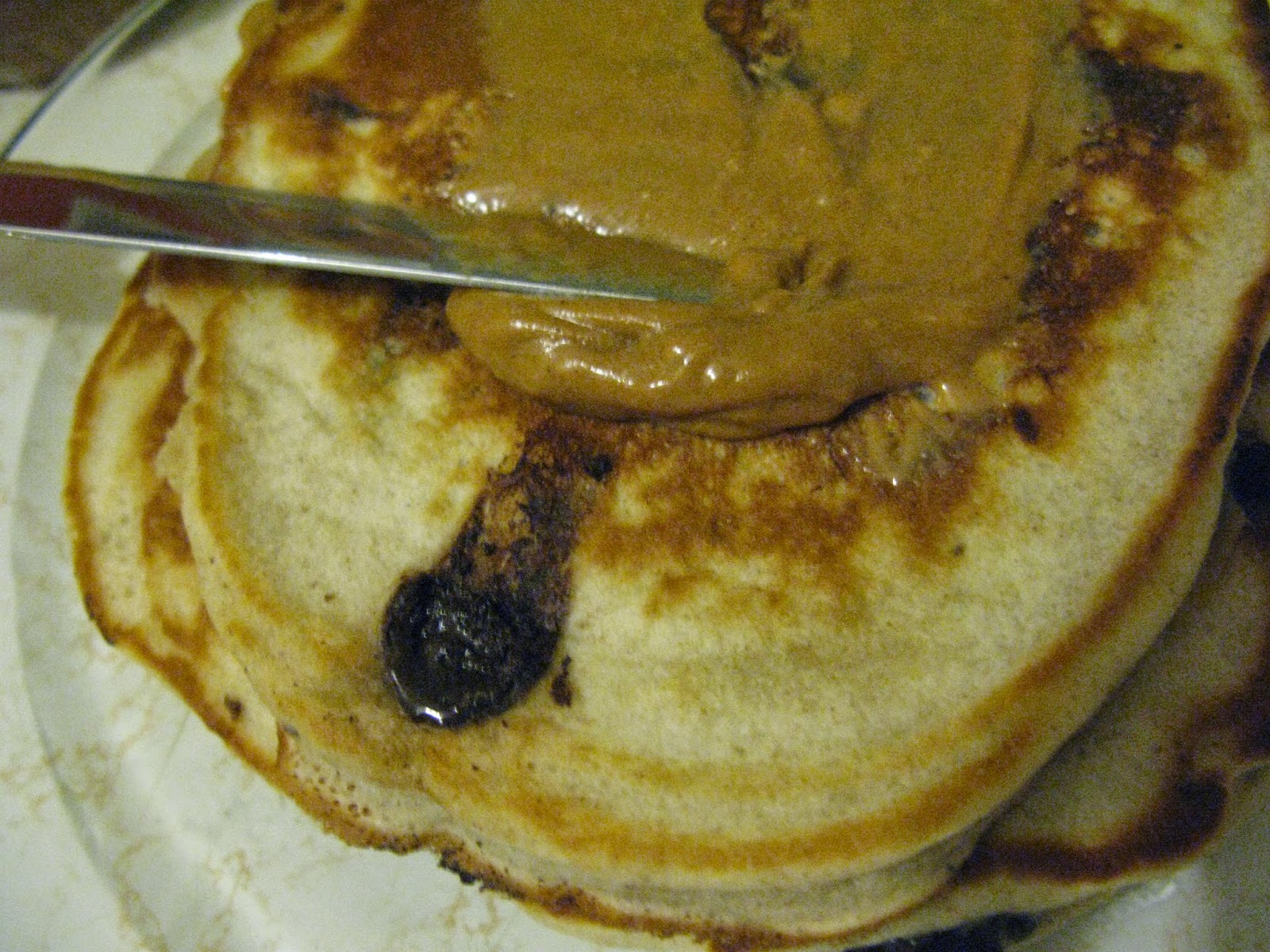 I like the one on one attention, but it is also overwhelming.  You always have to be on the top of your game.  I felt like I couldn't let my mind wander for a second.  I couldn't slack off because the trainer was only watching me.  I haven't worked that hard in a workout for a while! 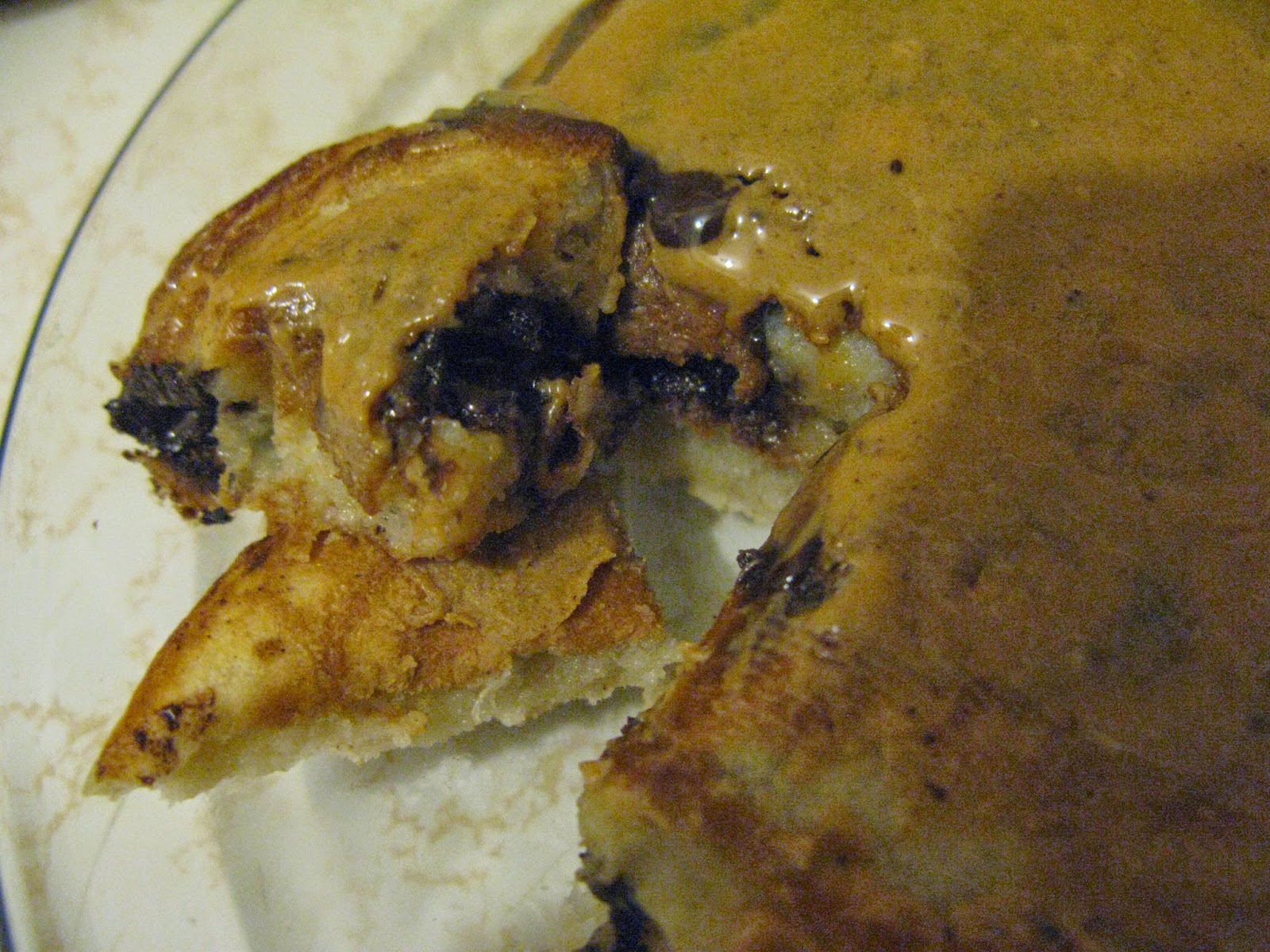 This recipe came from allrecipes.  I changed the vegetable oil for coconut oil.  I also added chocolate chips and cinnamon. 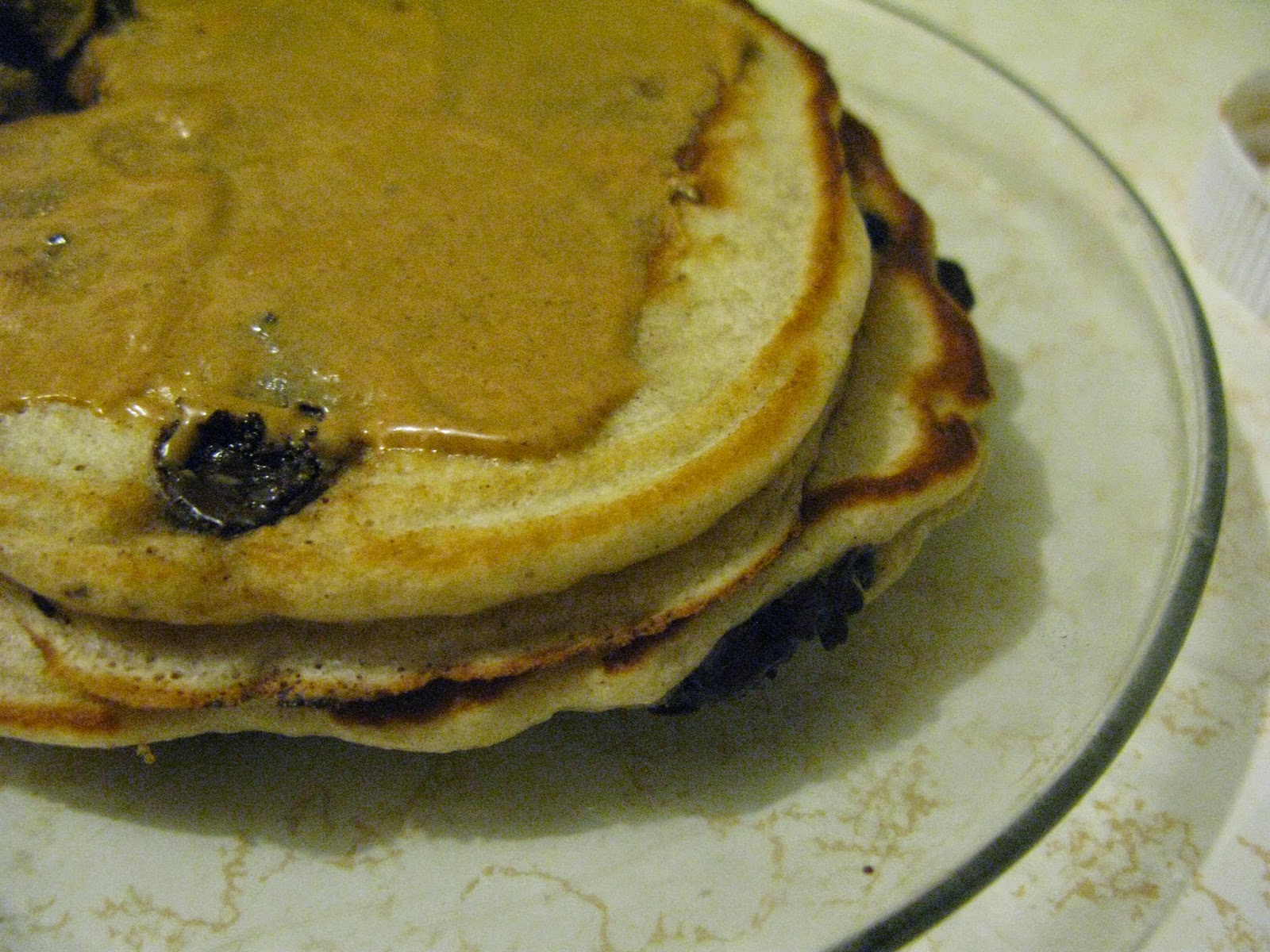 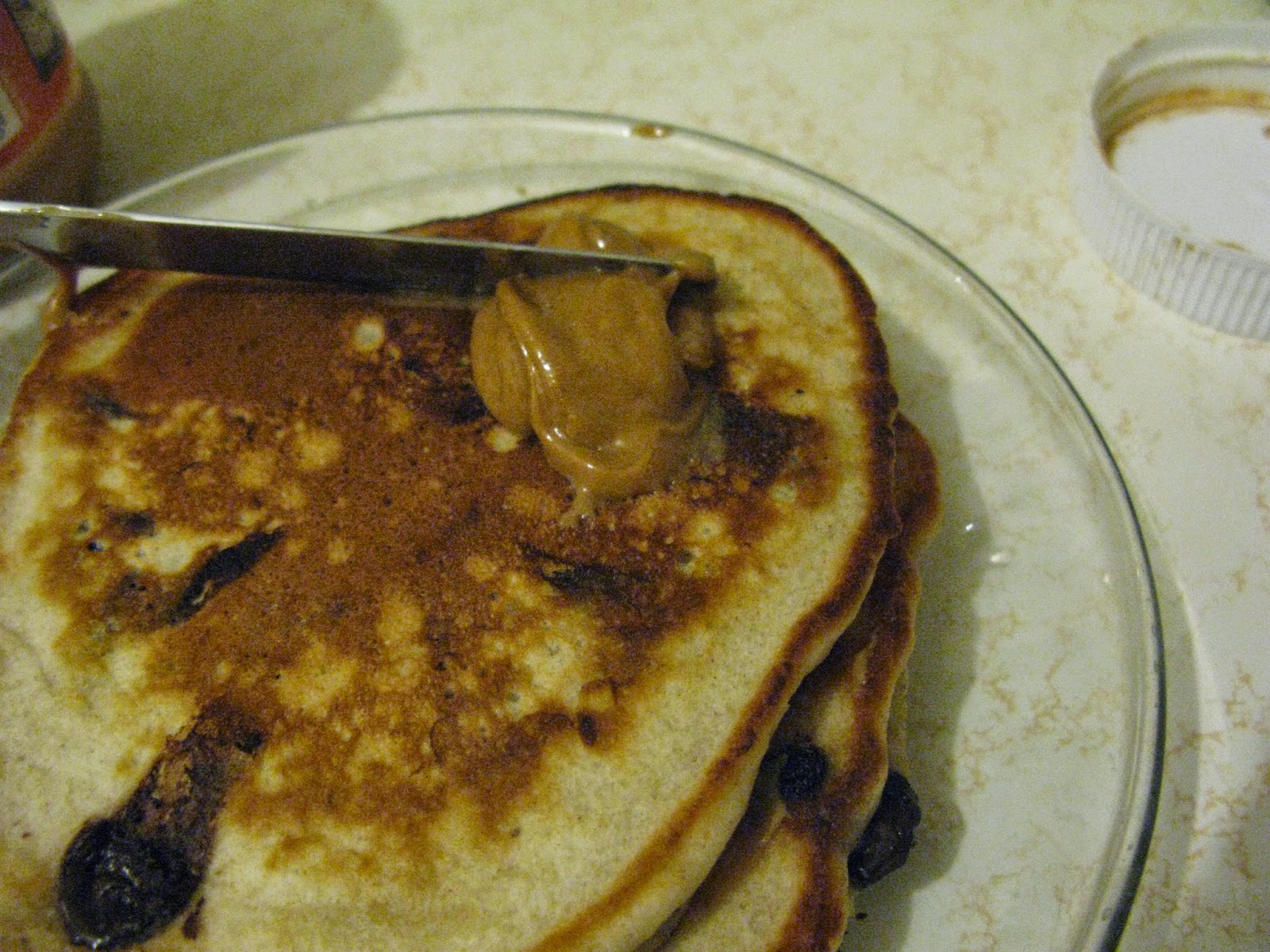 I combined the flour, sugar, baking powder, cinnamon, and salt. 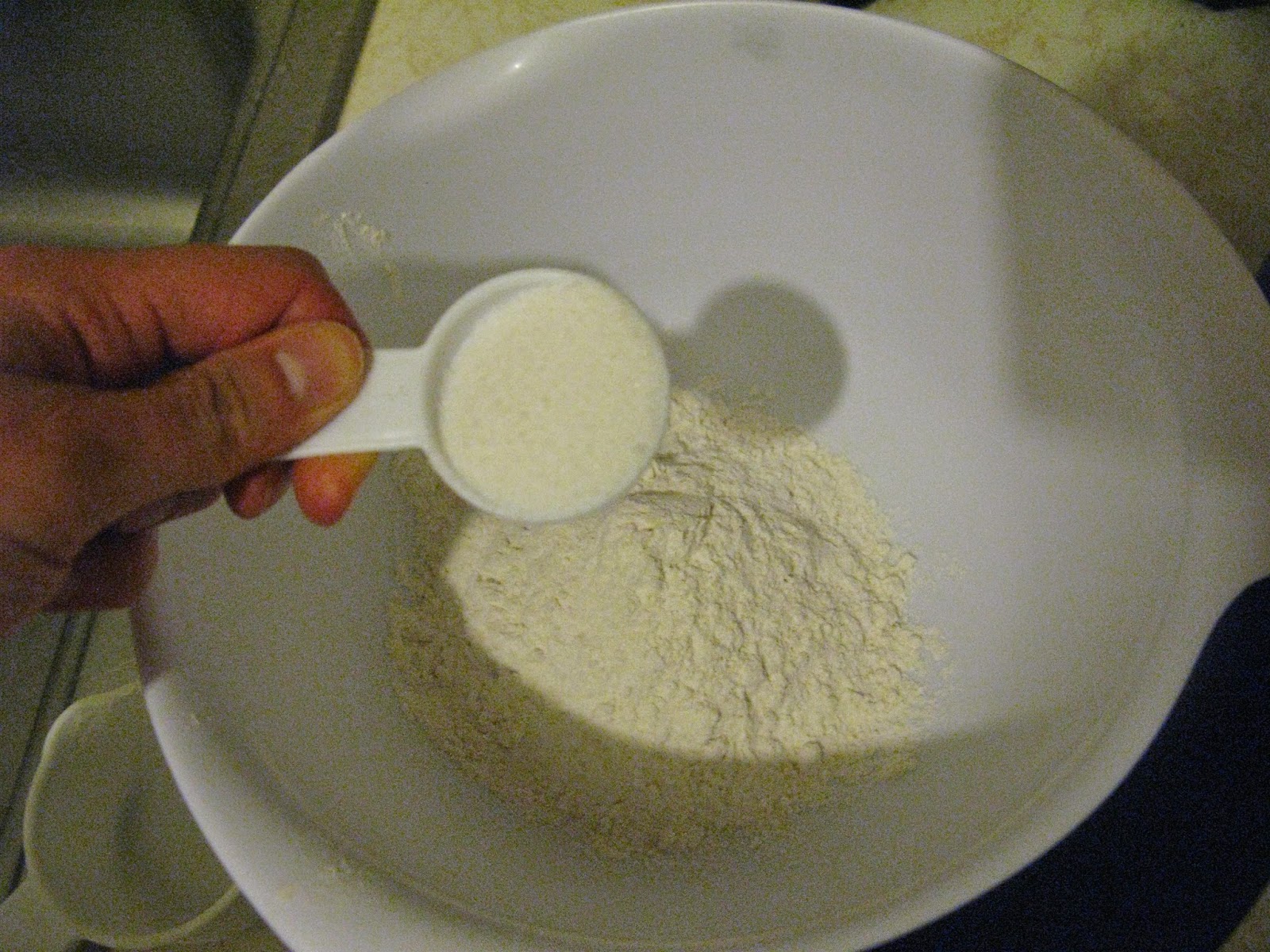 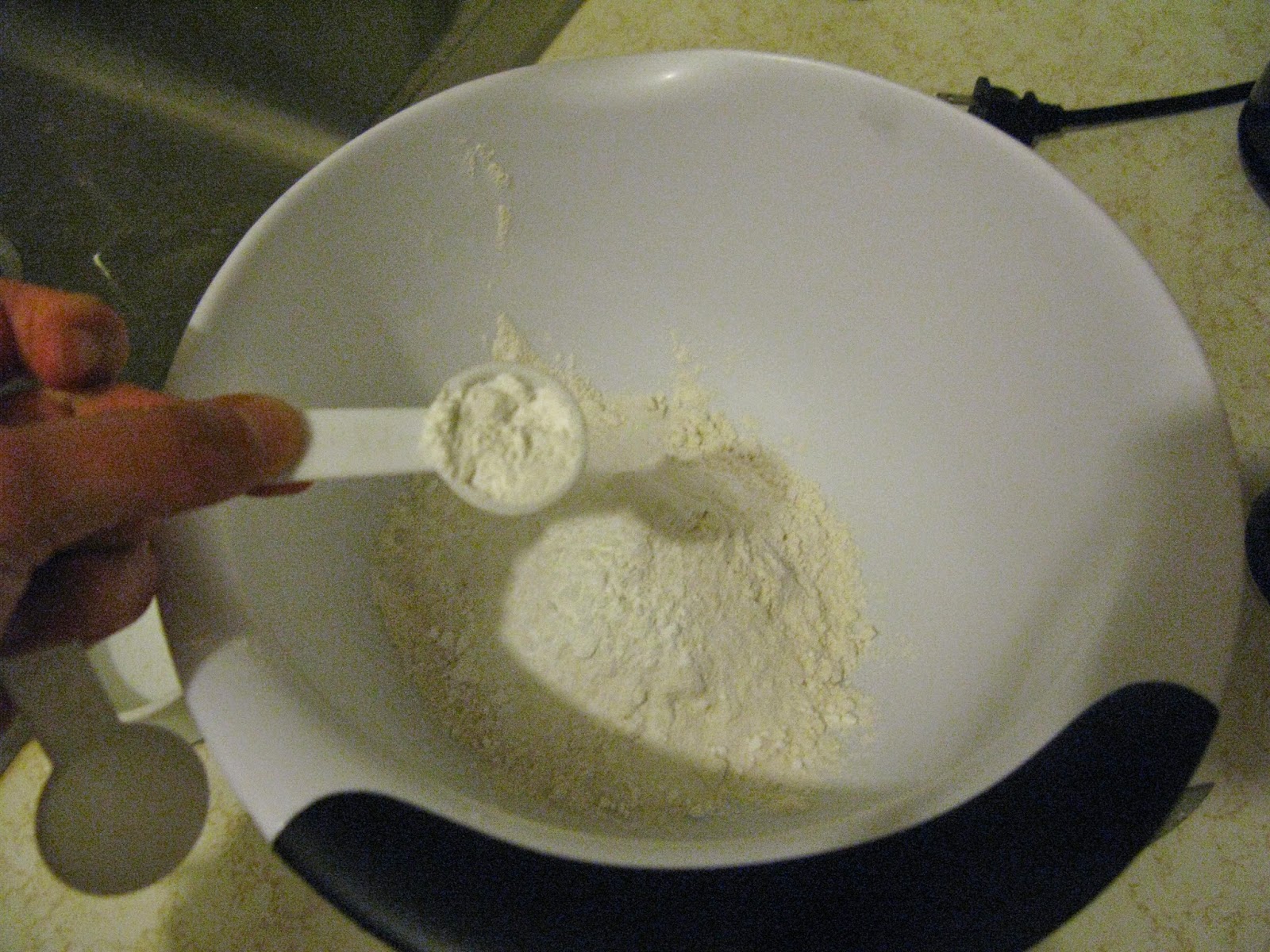 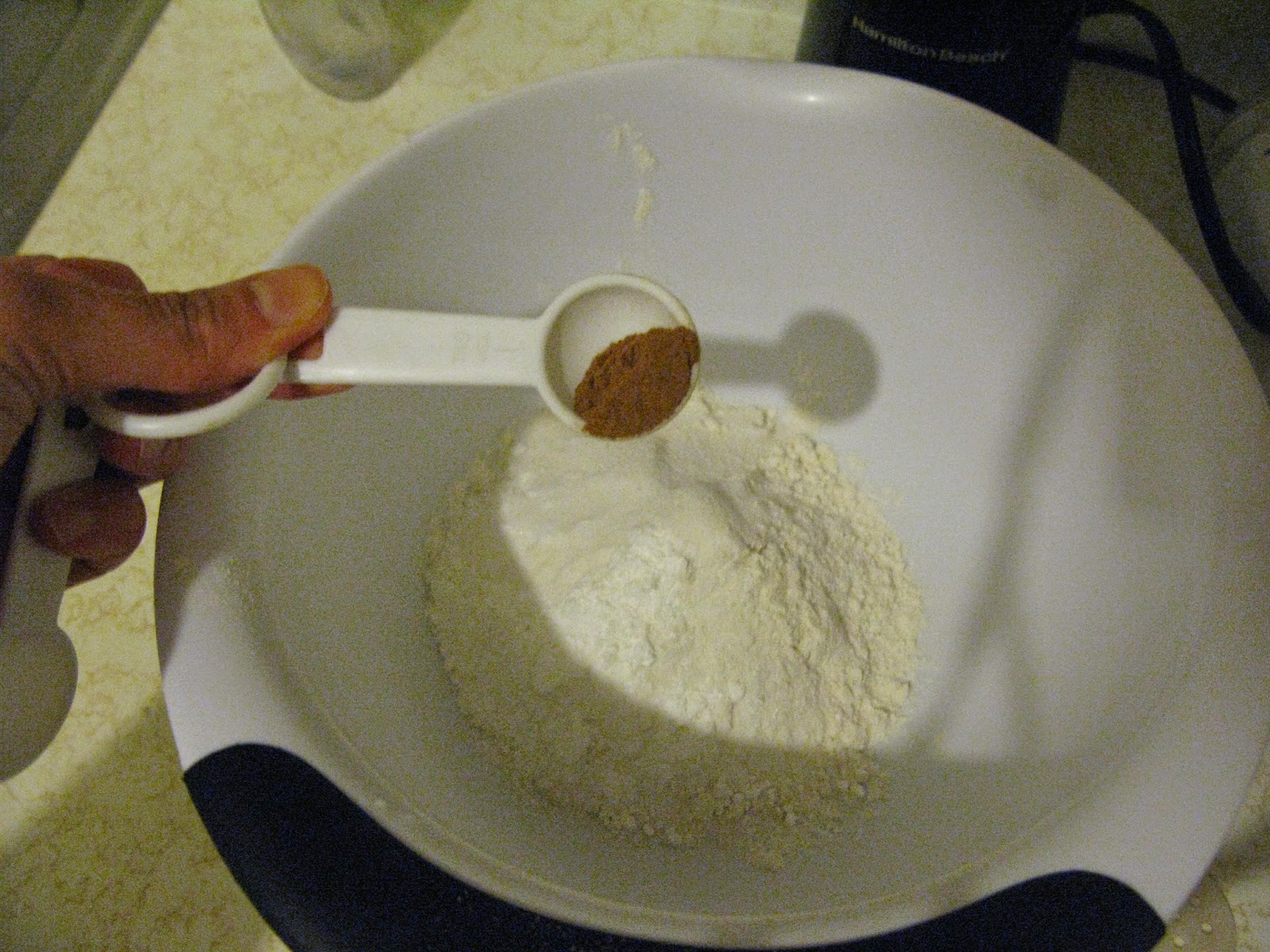 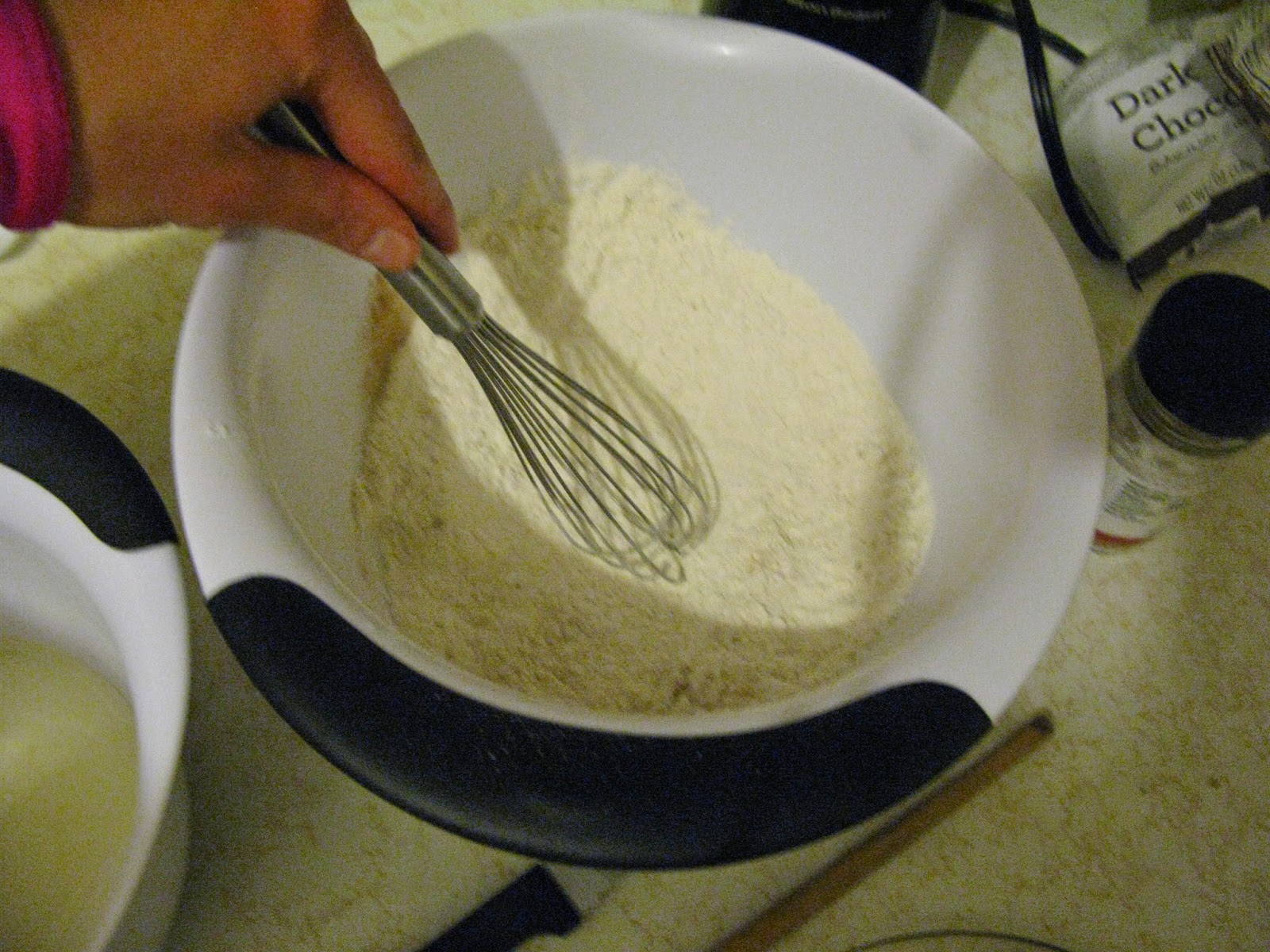 In another bowl, I added the milk, egg, and coconut oil. 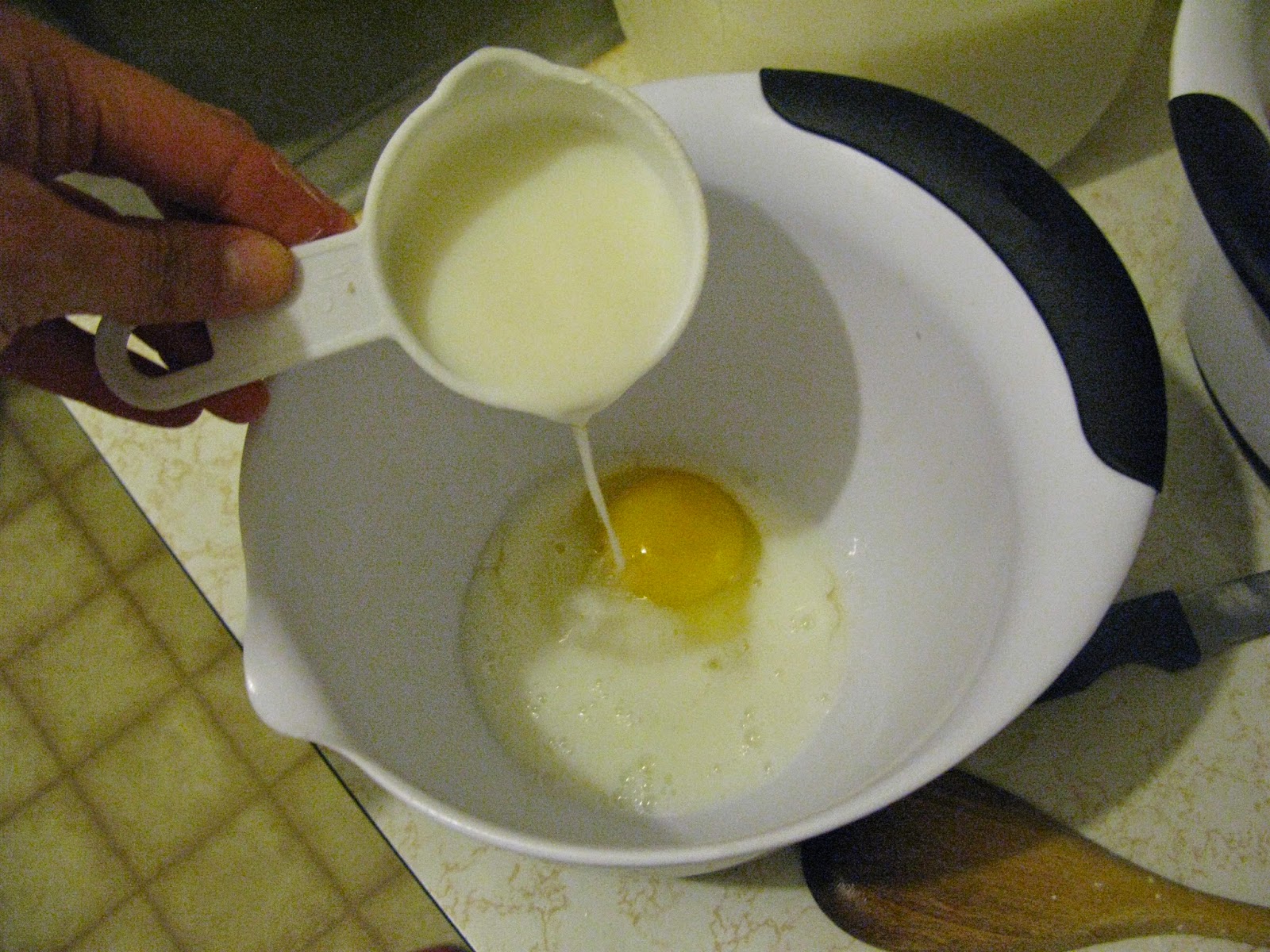 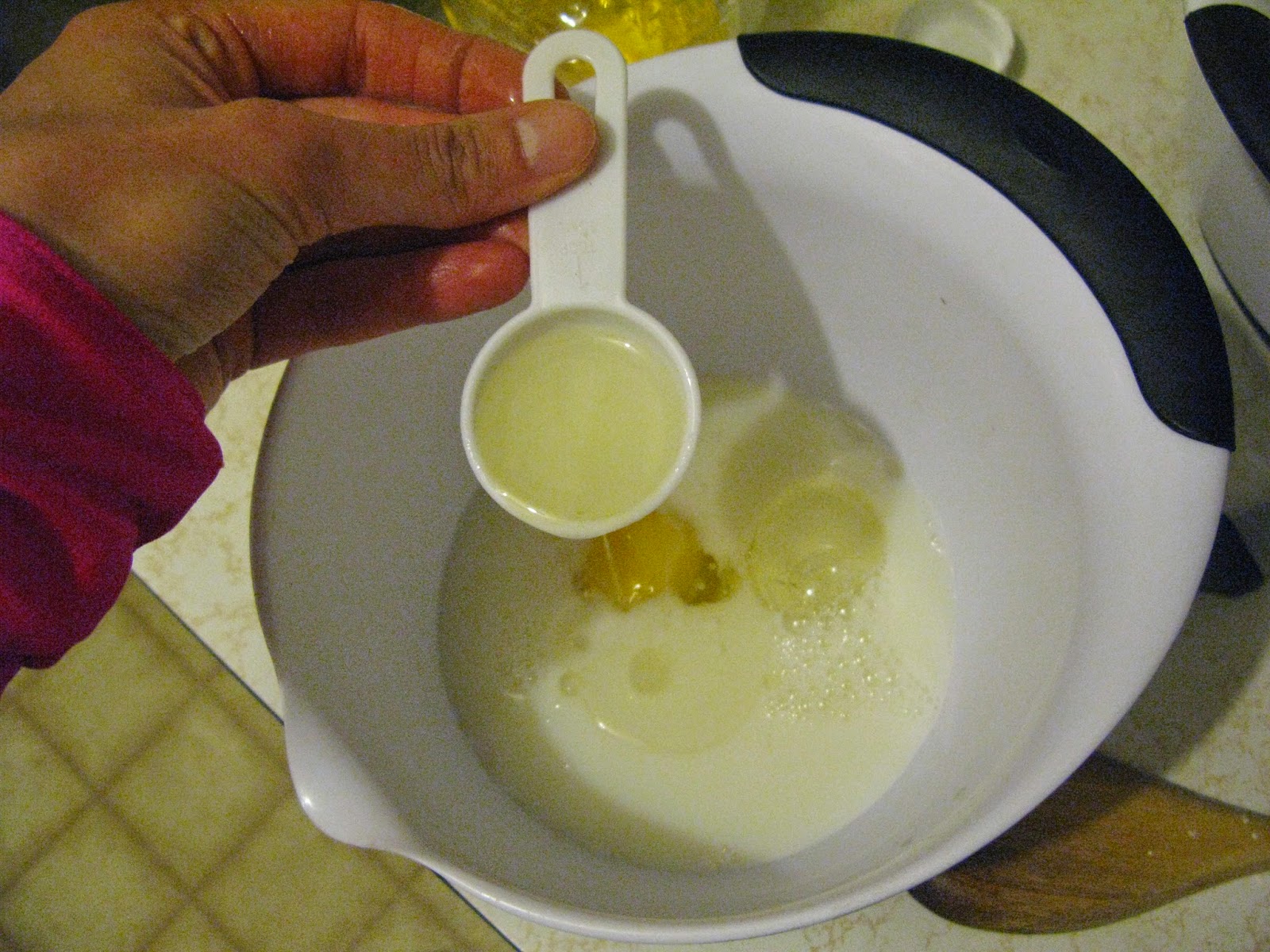 I mashed up the bananas and added it to the milk, egg, and oil mixture. 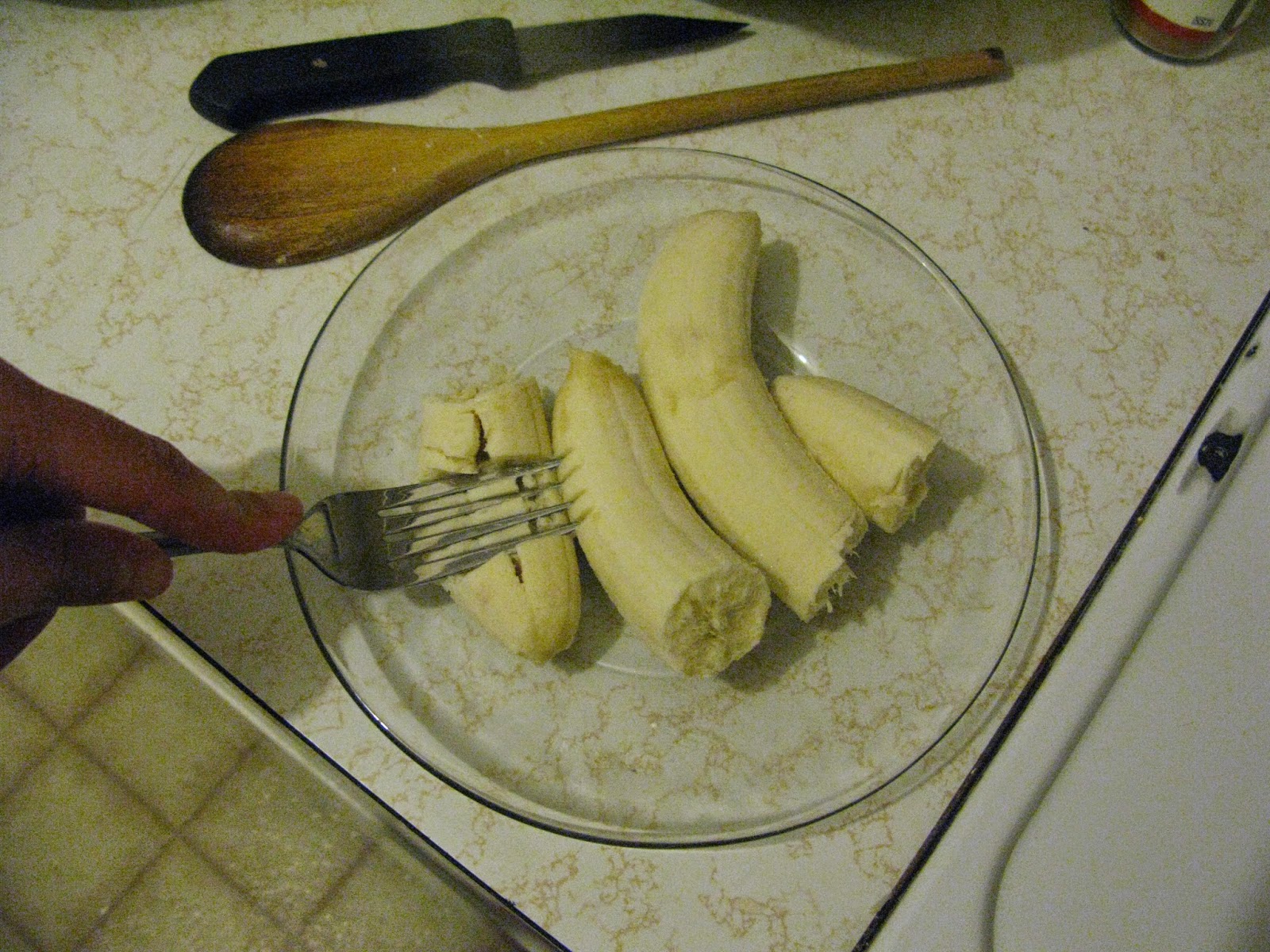 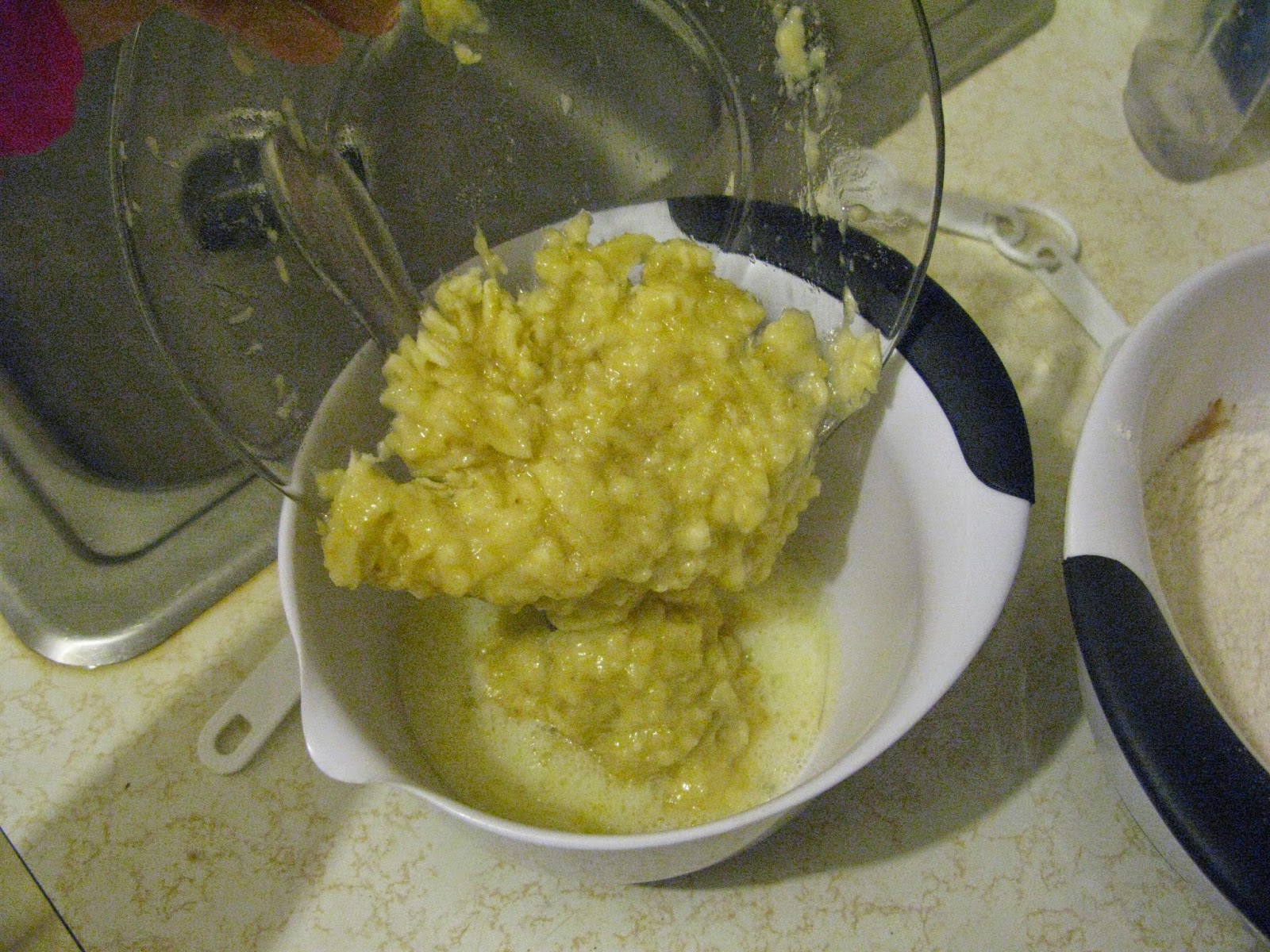 I combined all the ingredients together by pouring the liquid mixture into the flour mixture.  I whisked until there were no flour lumps. 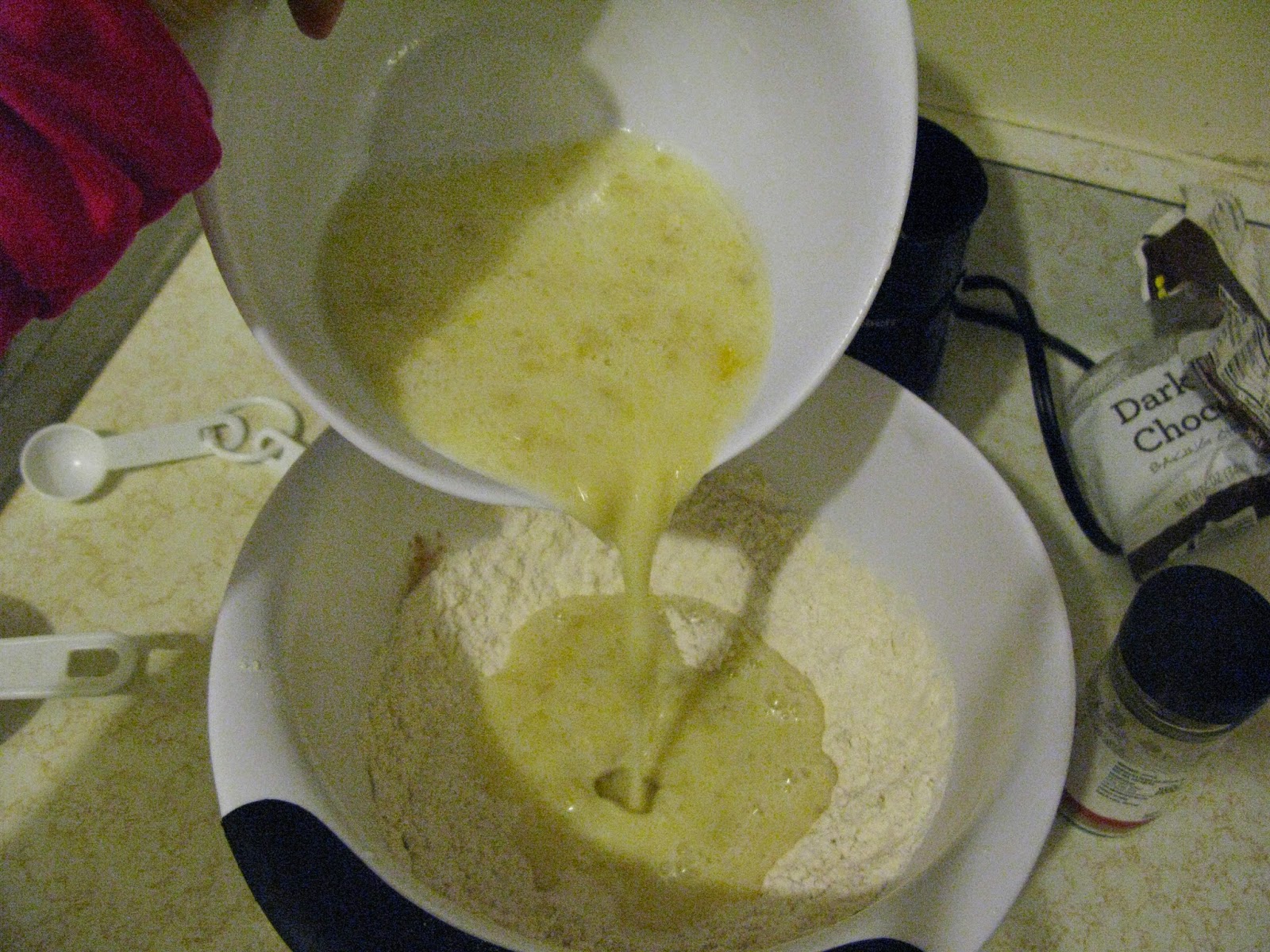 I added the best part:  the chocolate chips! 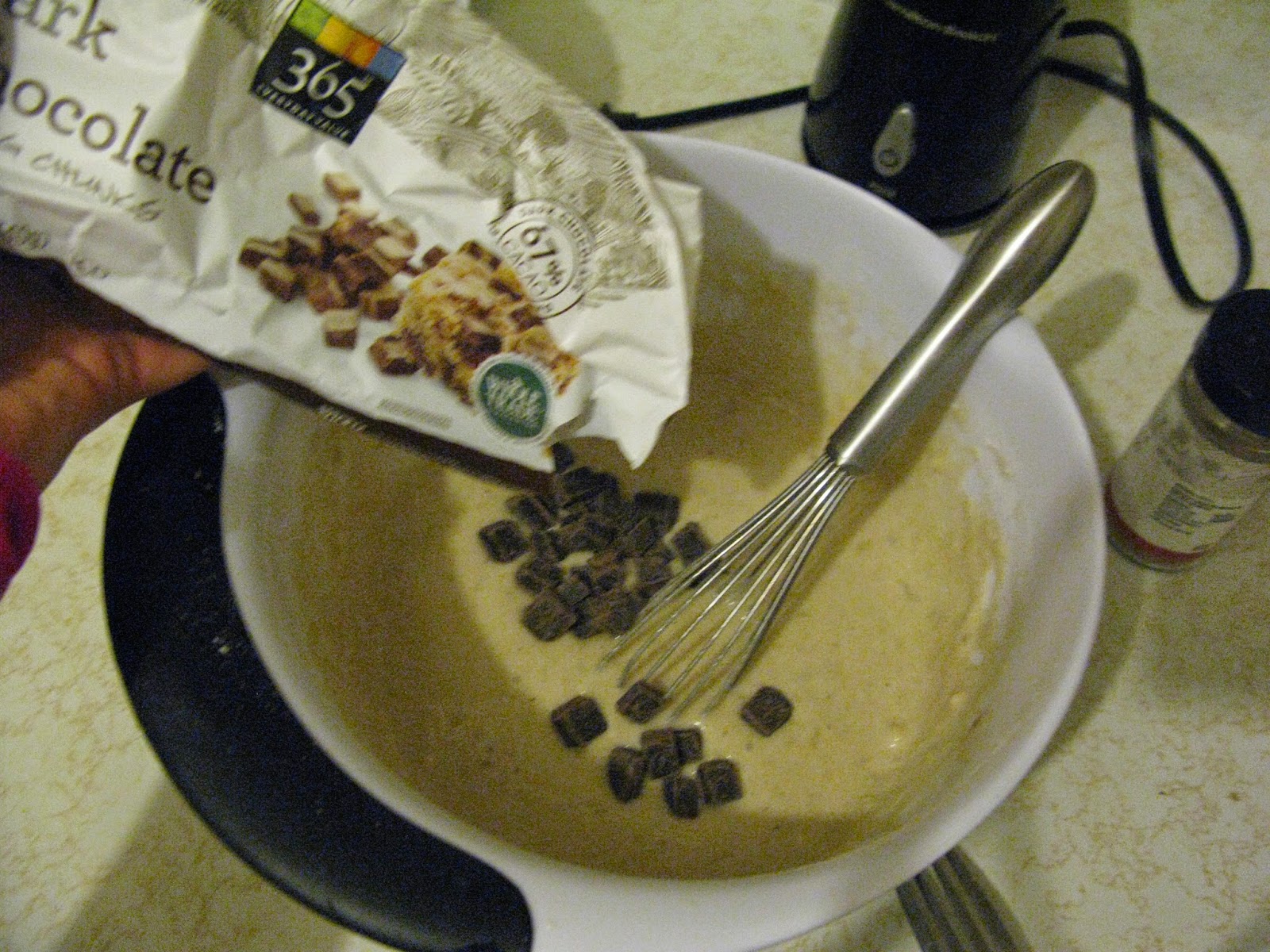 I scooped some of the batter into a hot and oiled skillet. 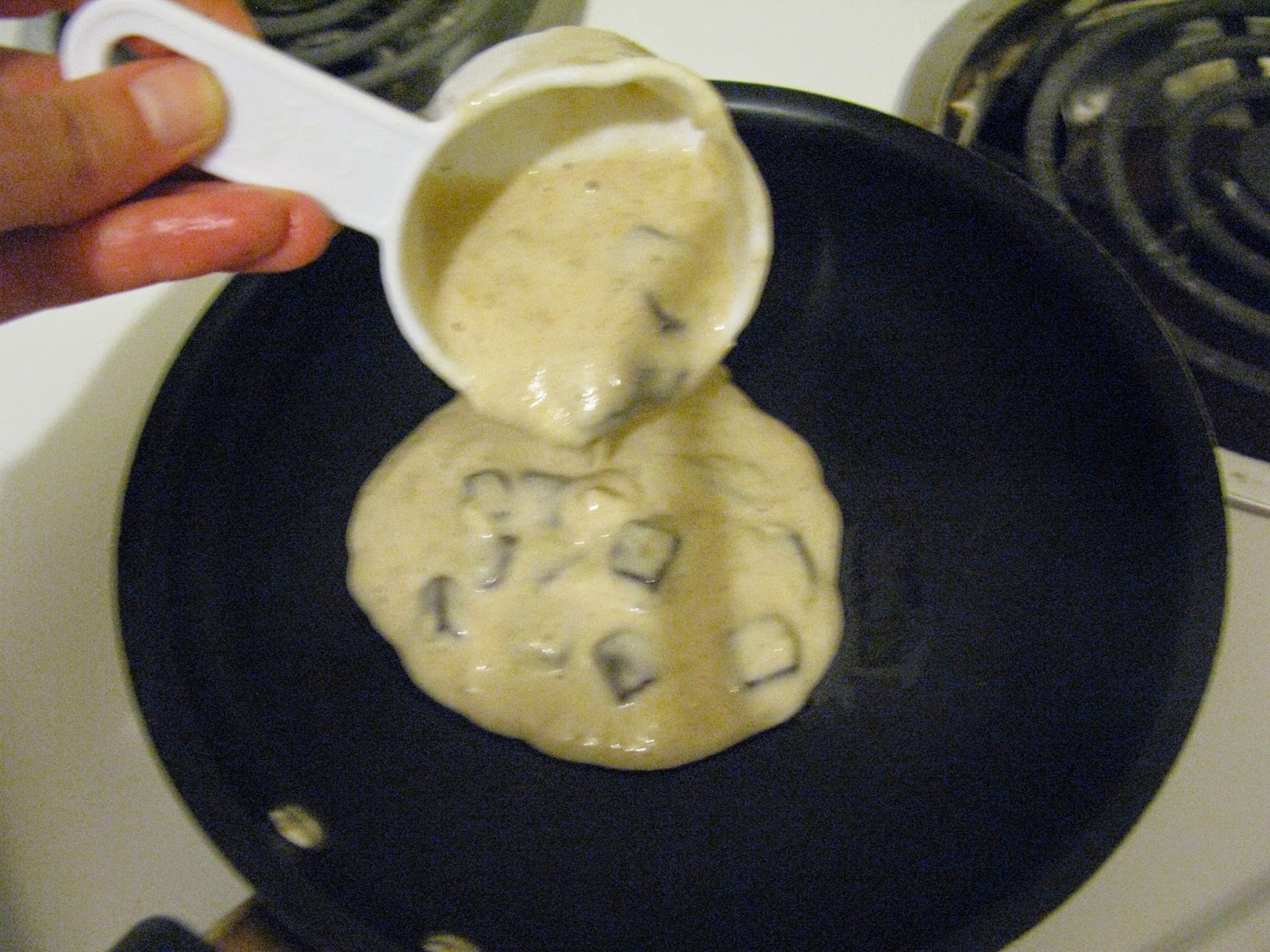 I flipped the pancakes once bubbles started to form in the center of the pancake. 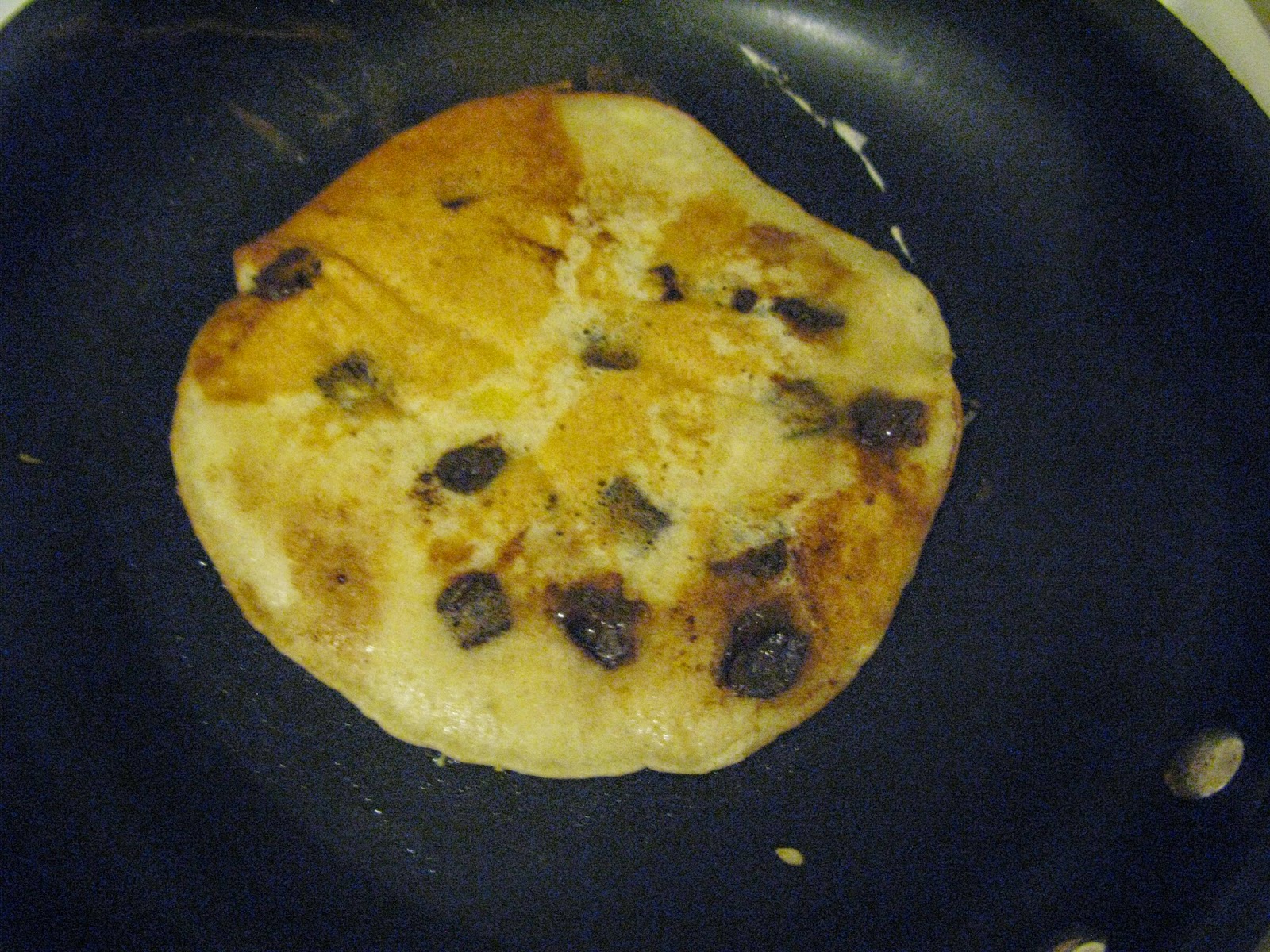 I cooked it on the other side before putting it in a plate and then into my belly! 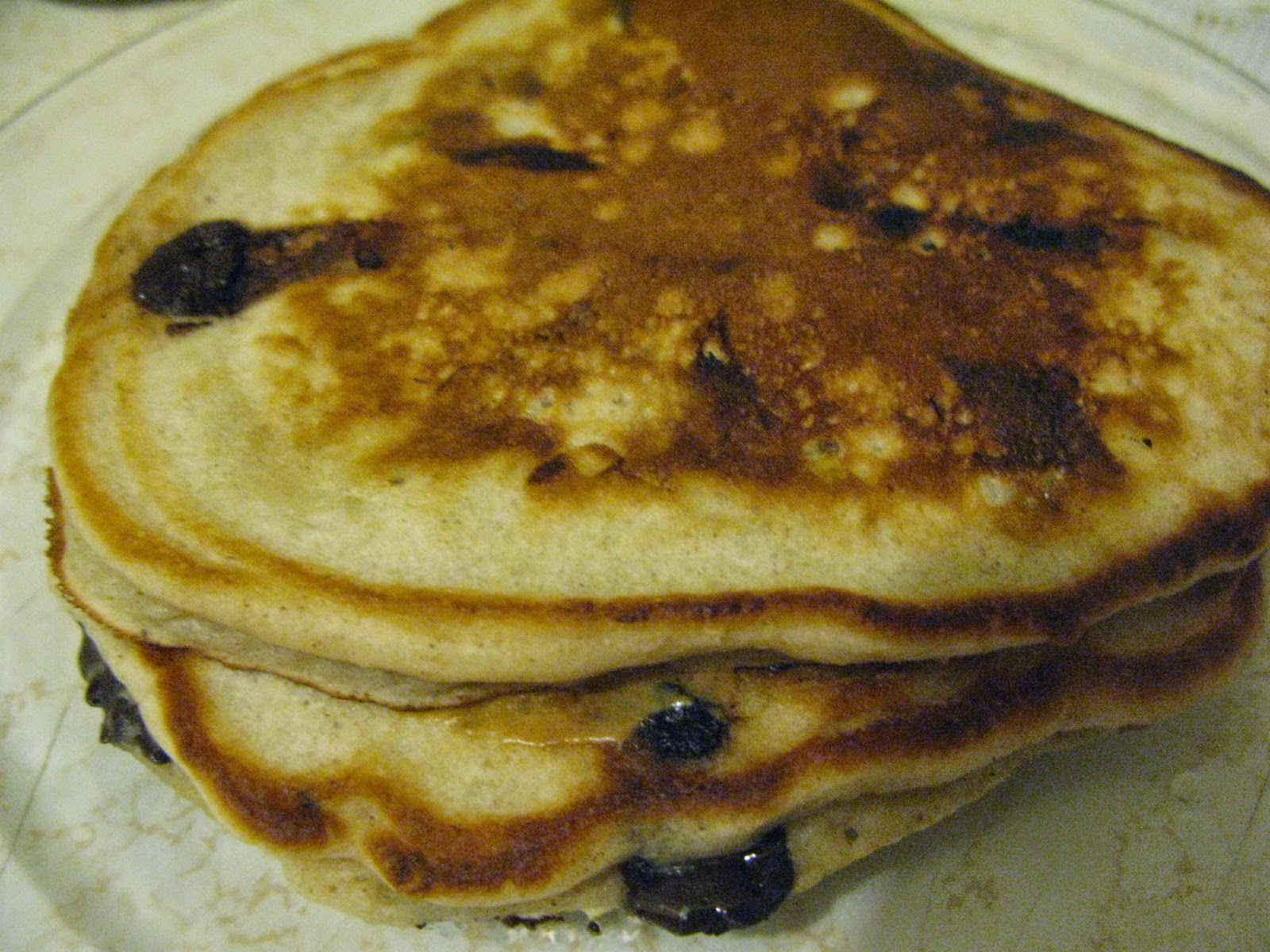 I ate these pancakes with peanut butter, an excellent combination! 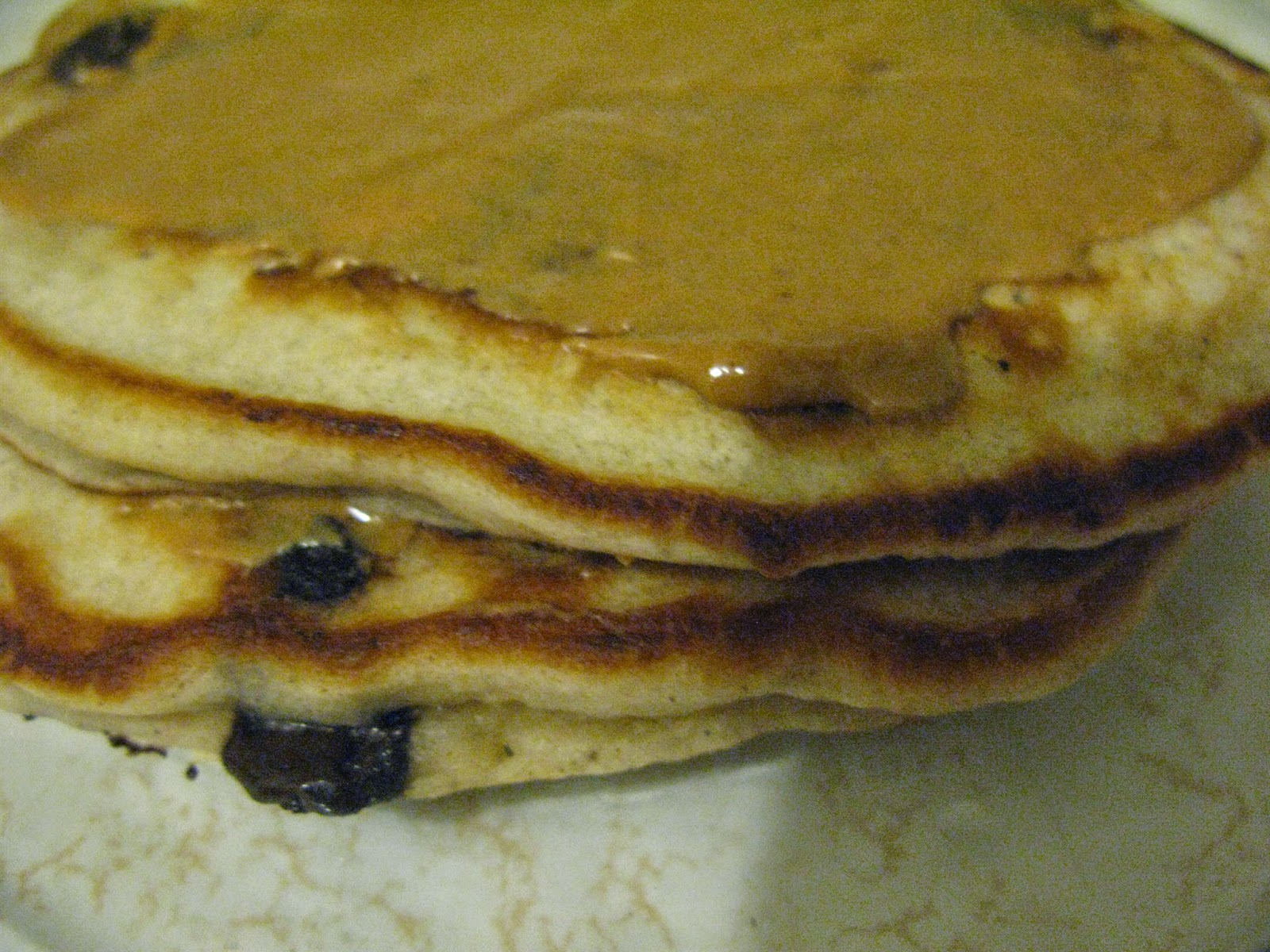 This recipe makes a fluffy pancake.  The cinnamon and banana complement each other, and of course, chocolate chips make everything better. 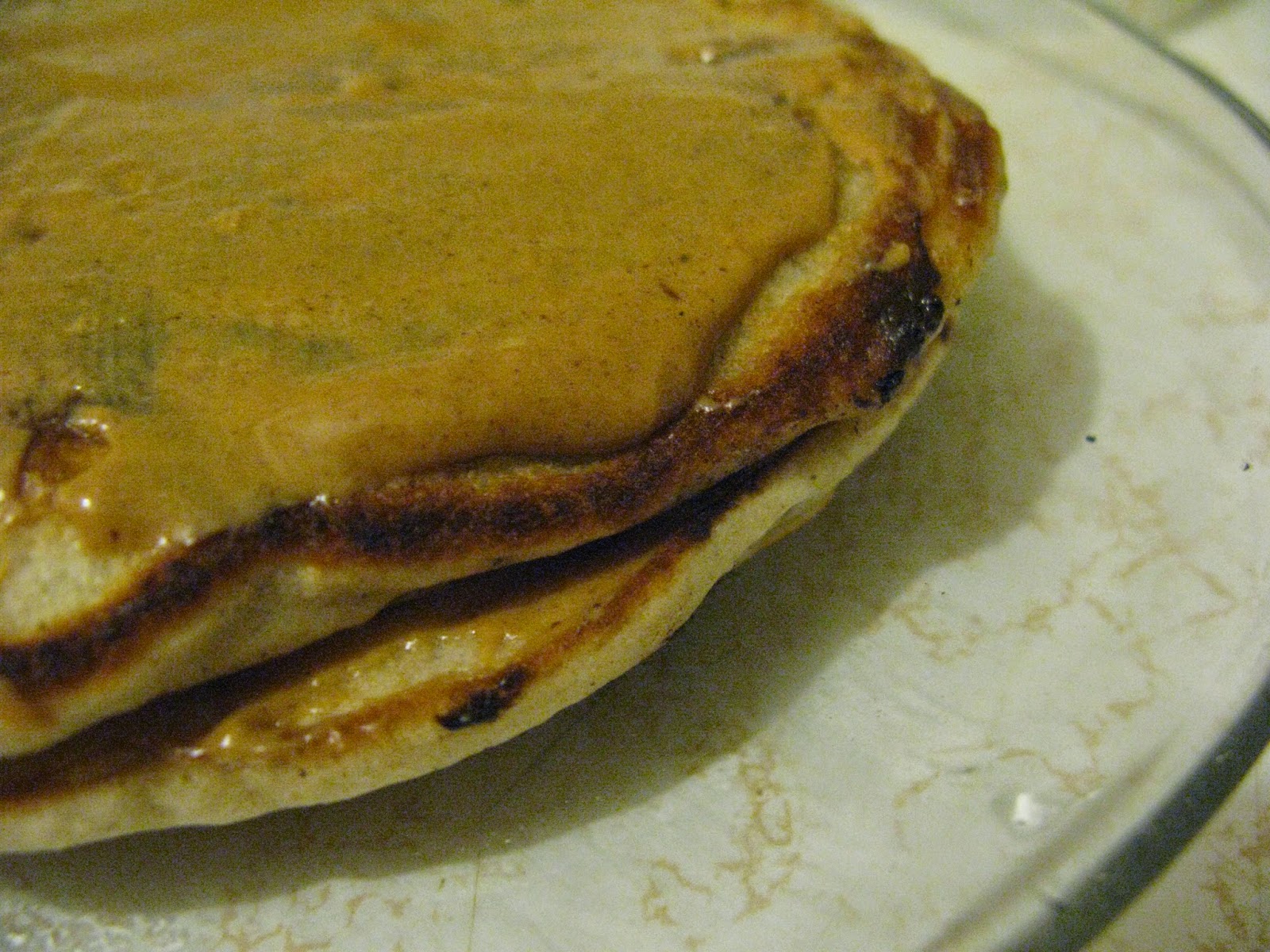 This recipe definitely earned a place in my pancake repertoire. 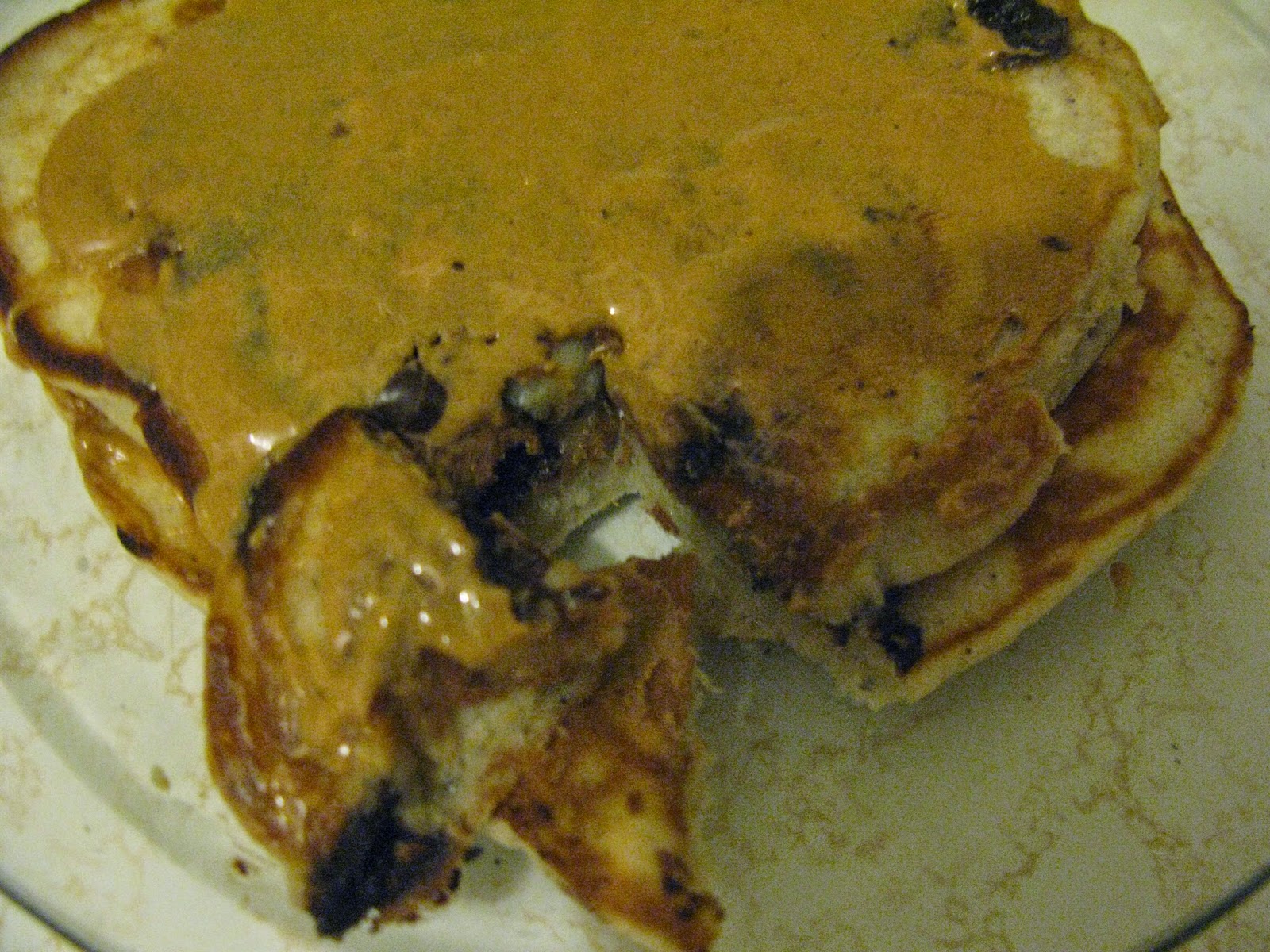