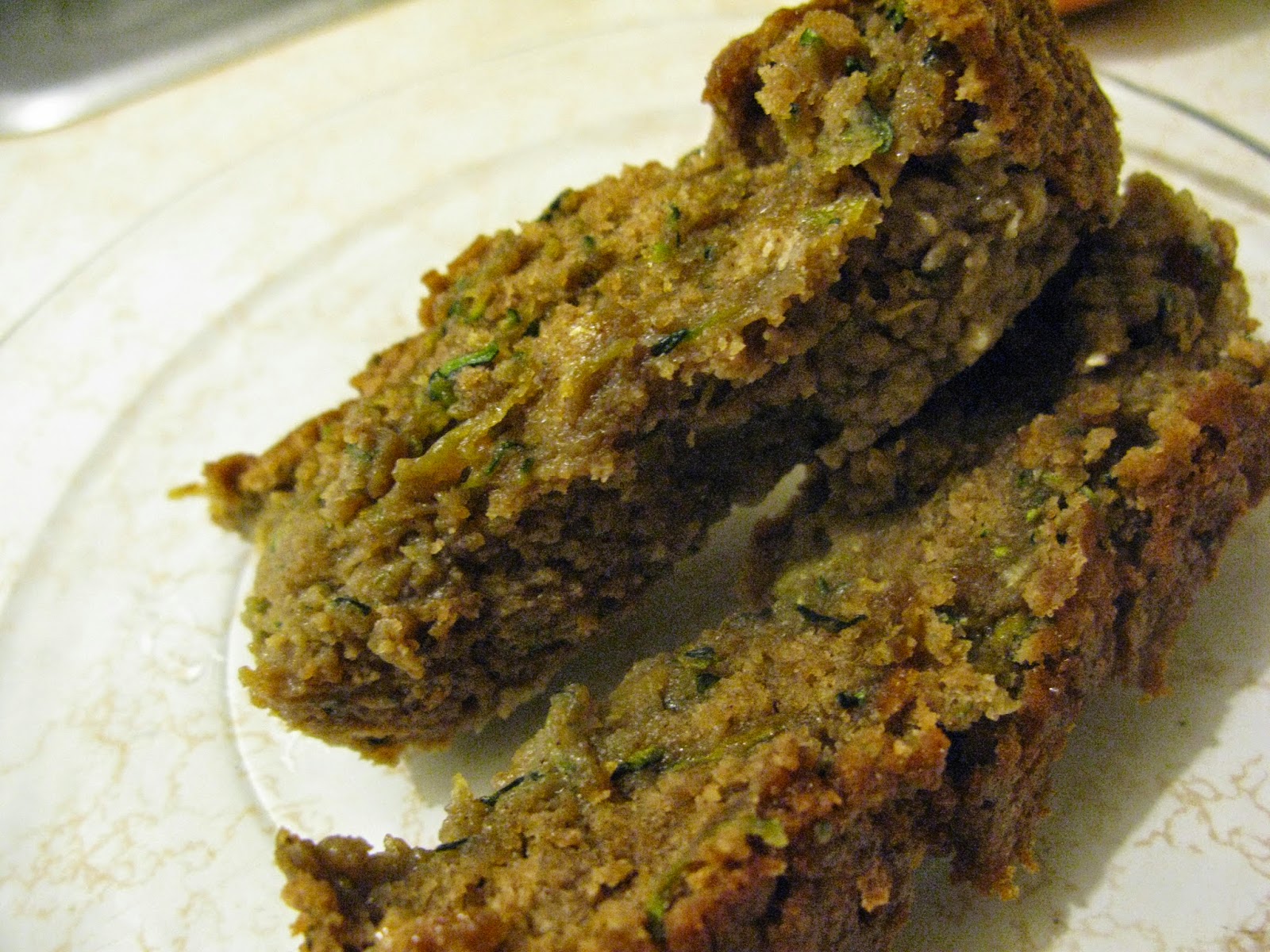 Yesterday I was eating desserts with friends at an Italian bakery, and I was reminded how I have an insatiable taste for rich, chocolate desserts. 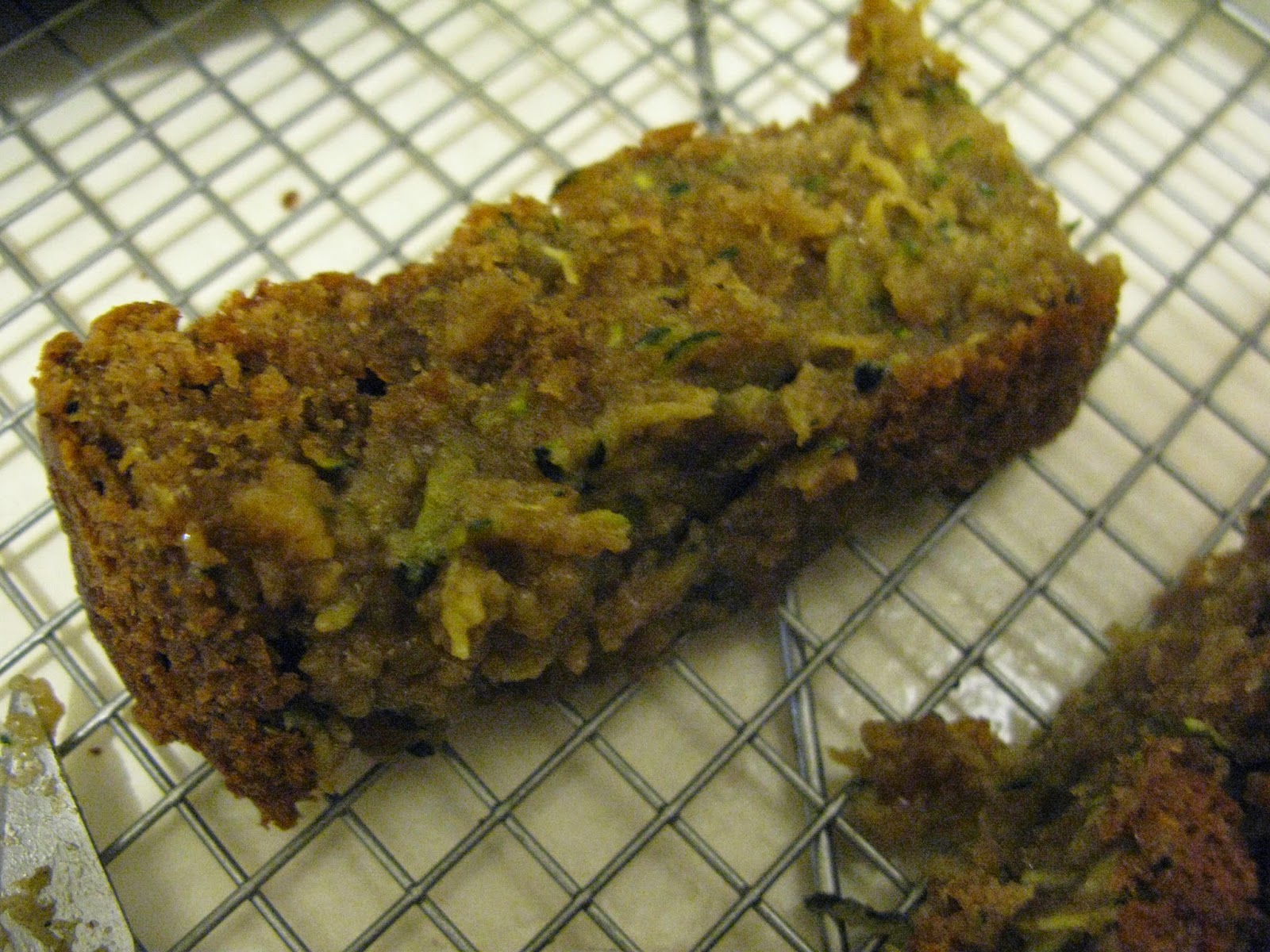 Some people can only stomach  small amounts of dark chocolate cake or chocolate cheesecake, but I have no problem polishing off a large slice in one sitting. 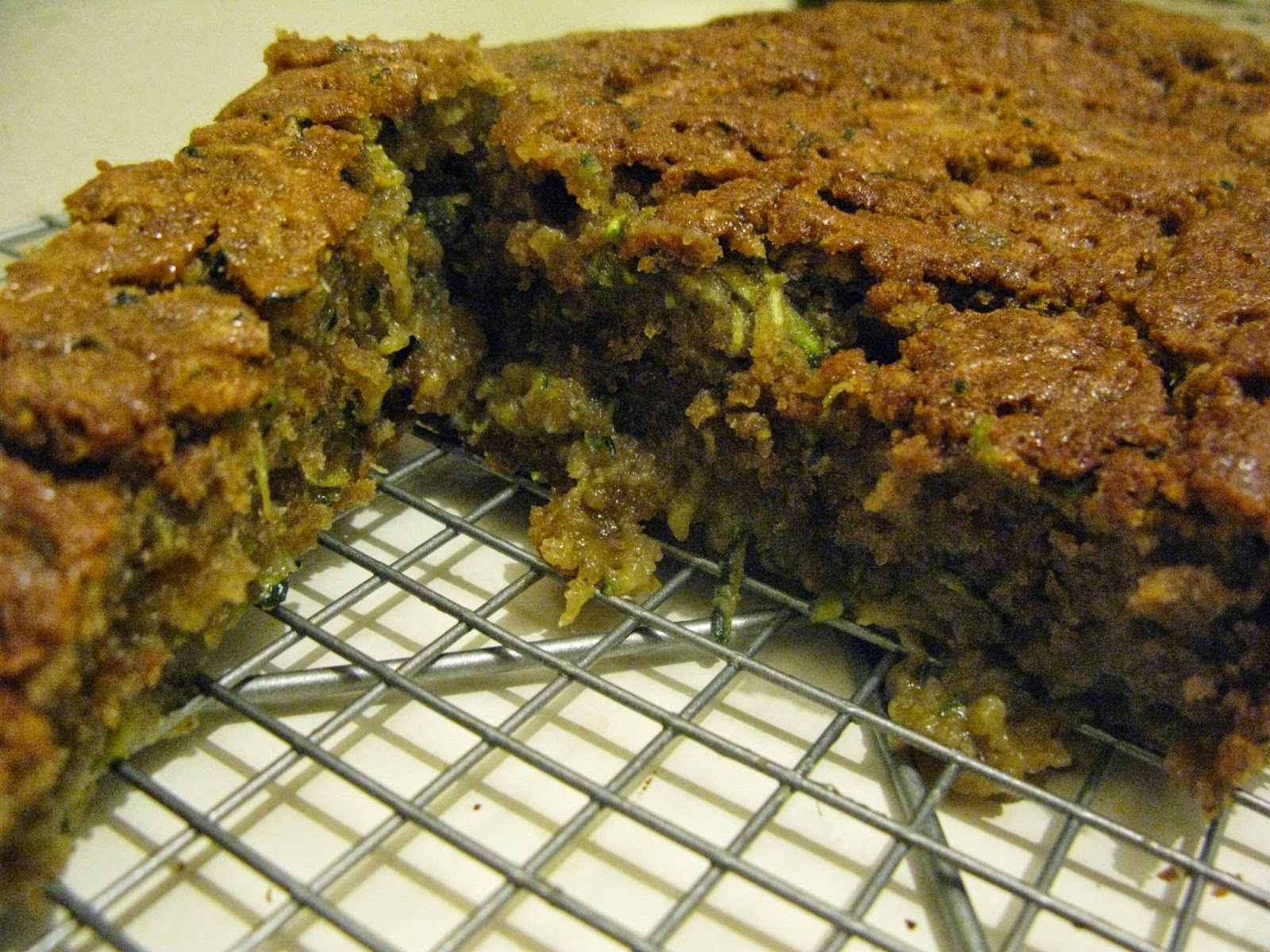 I'm a bottomless pit when it comes to rich chocolate desserts.  I prefer to eat them with a cold glass of milk, but that isn't a requirement. 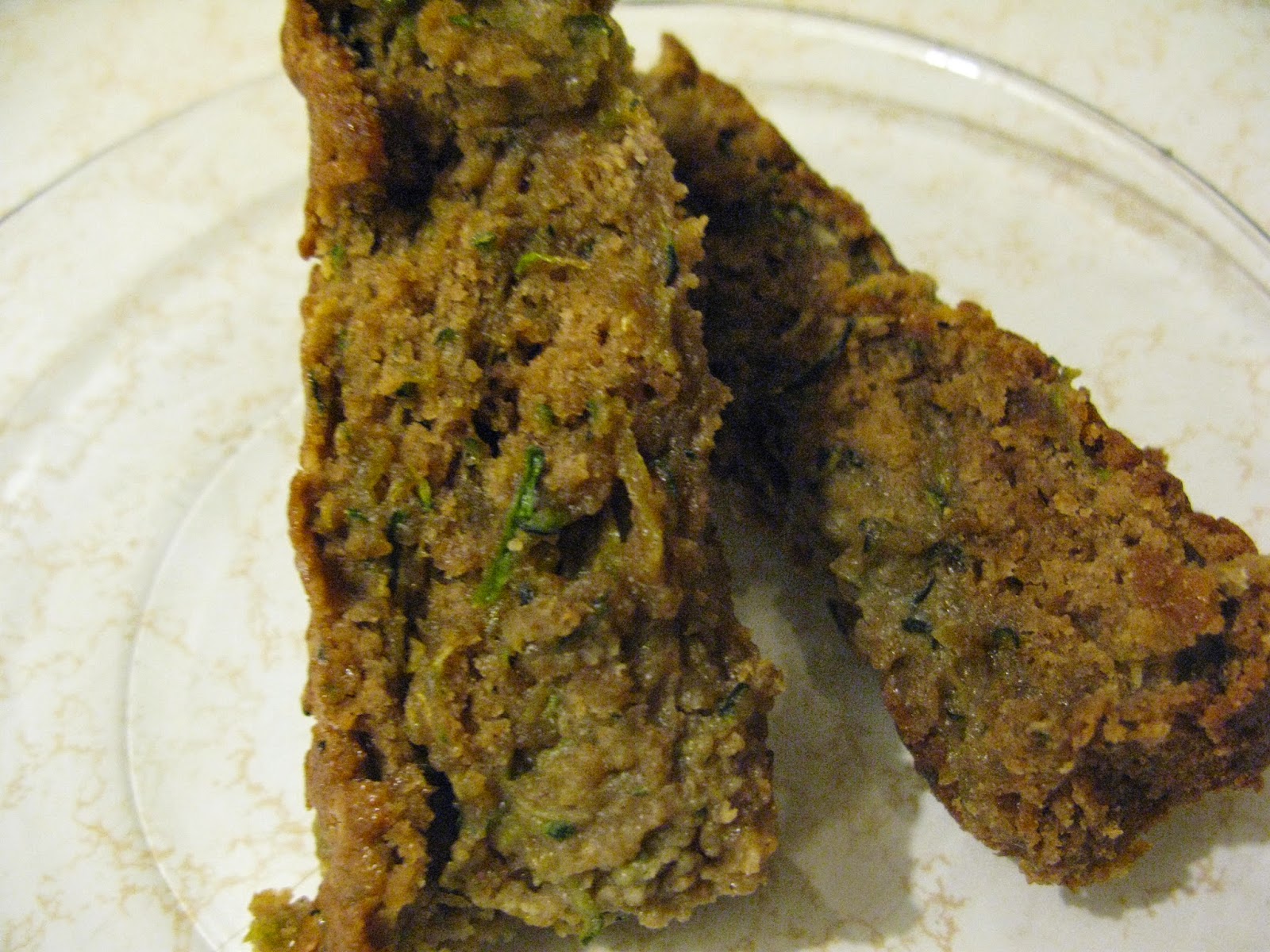 This is a Martha Stewart recipe.  Instead of being a super decadent and rich chocolate dessert, it's a comforting quick bread with warm spices. 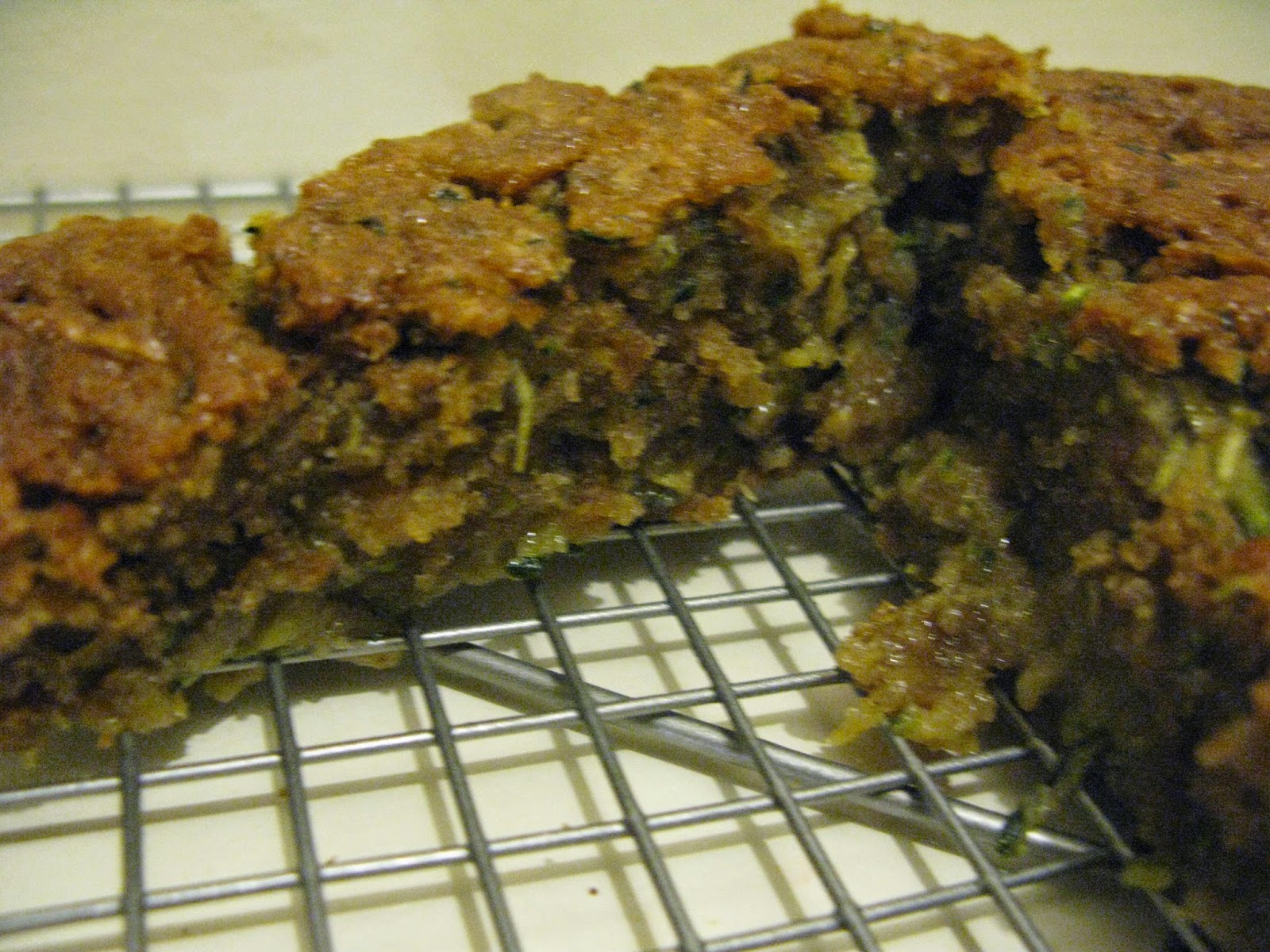 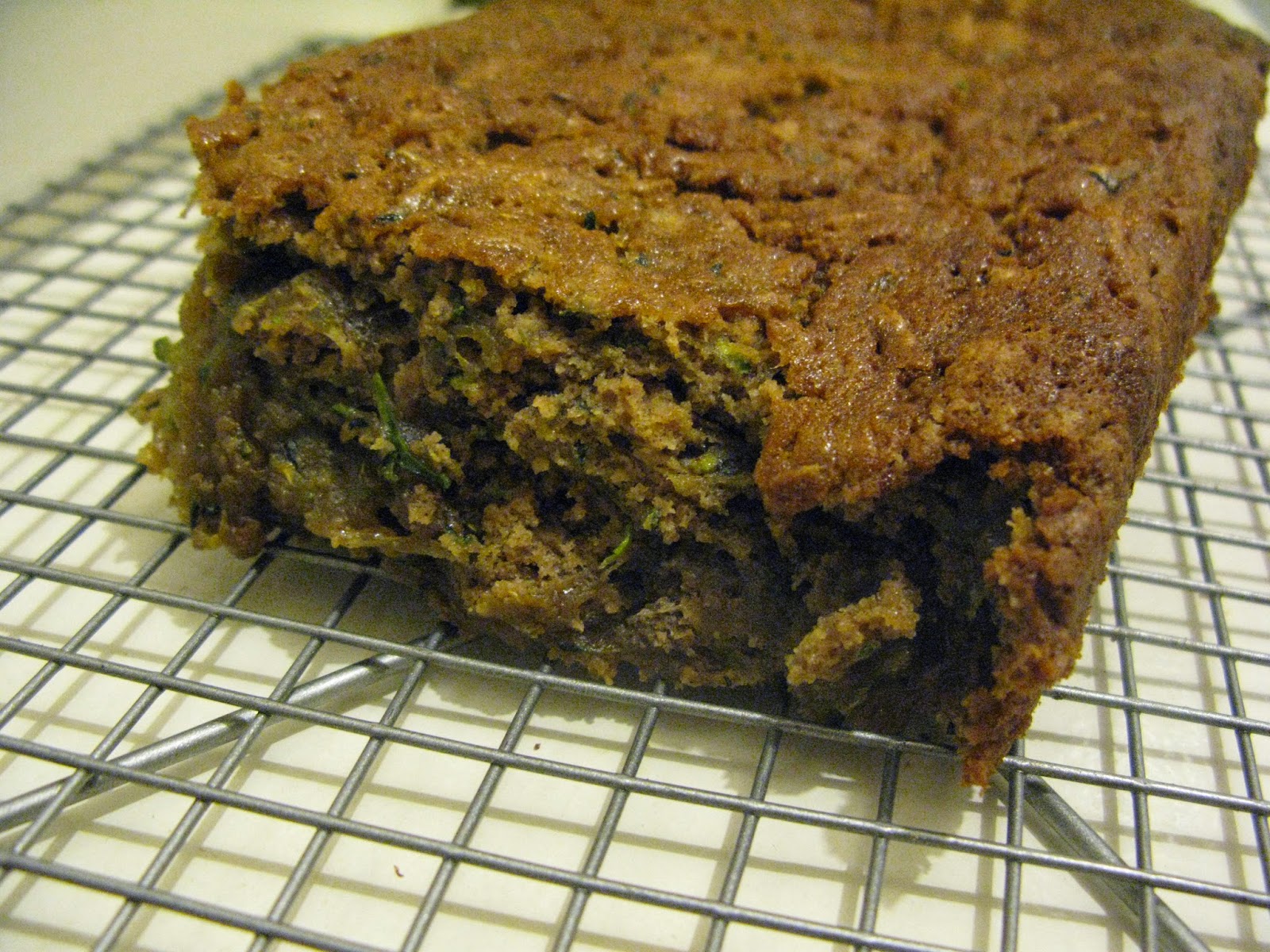 I added the two types of sugar into a bowl. 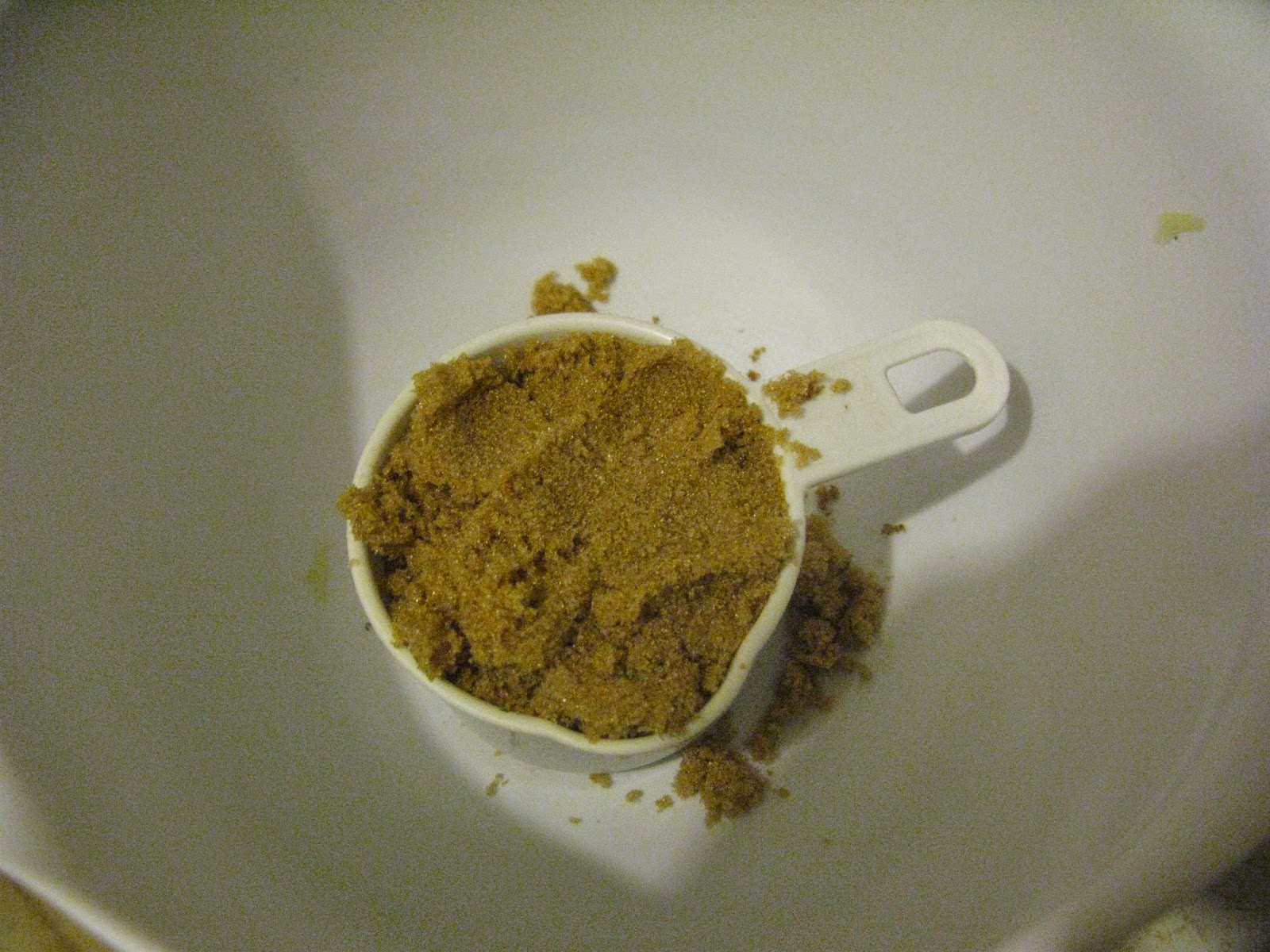 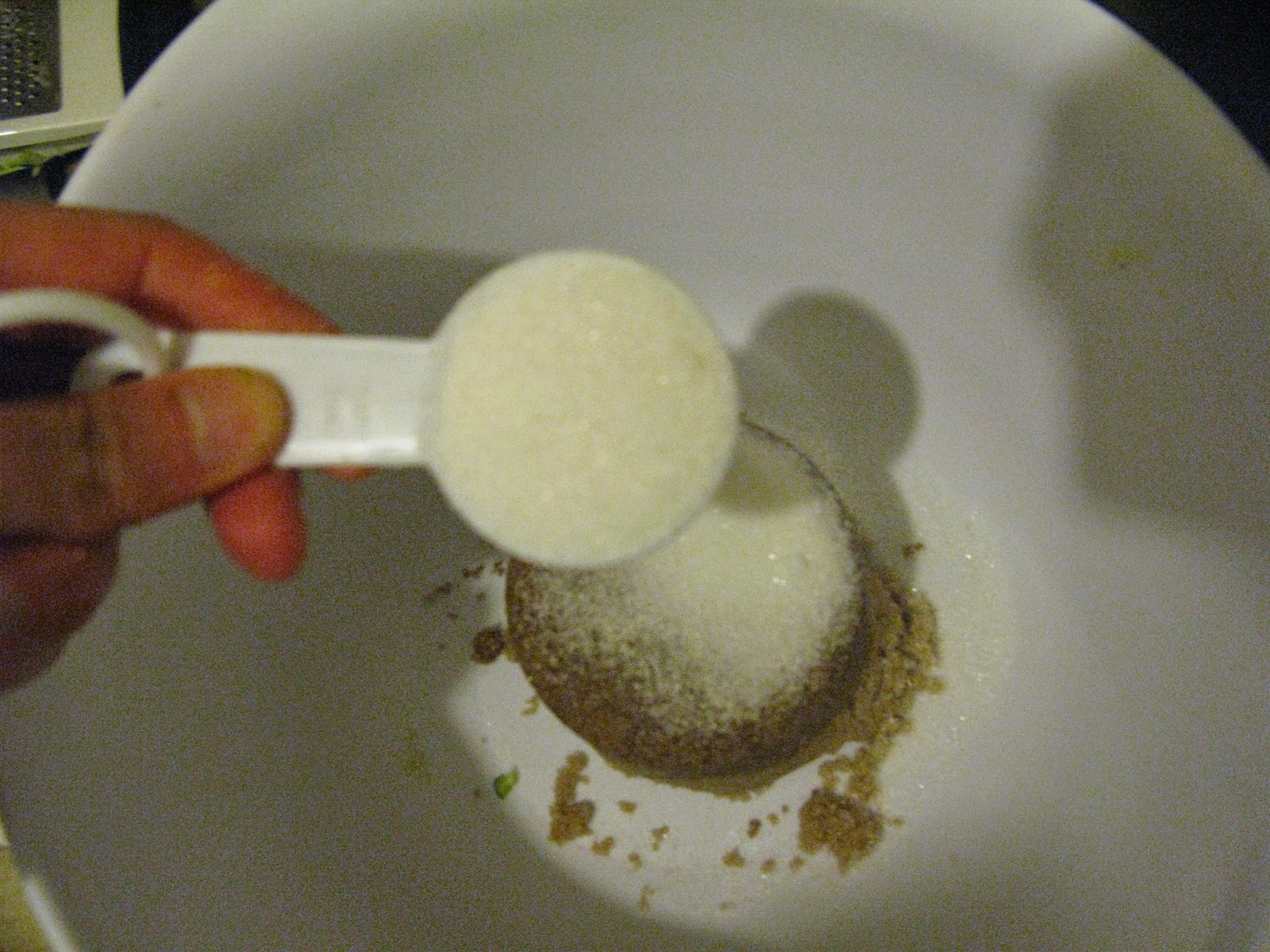 I added the eggs, melted coconut oil, and vanilla in with the sugars. 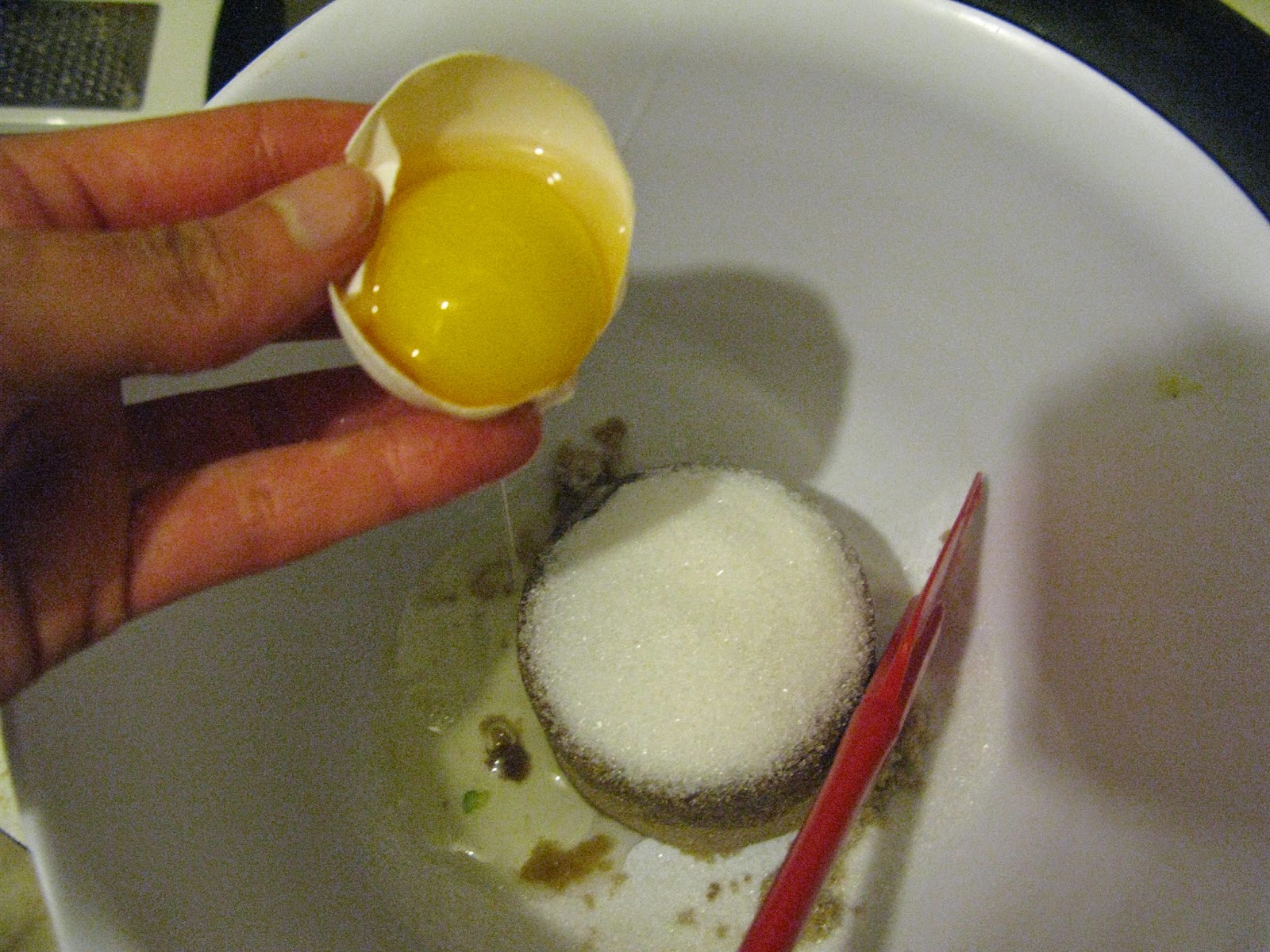 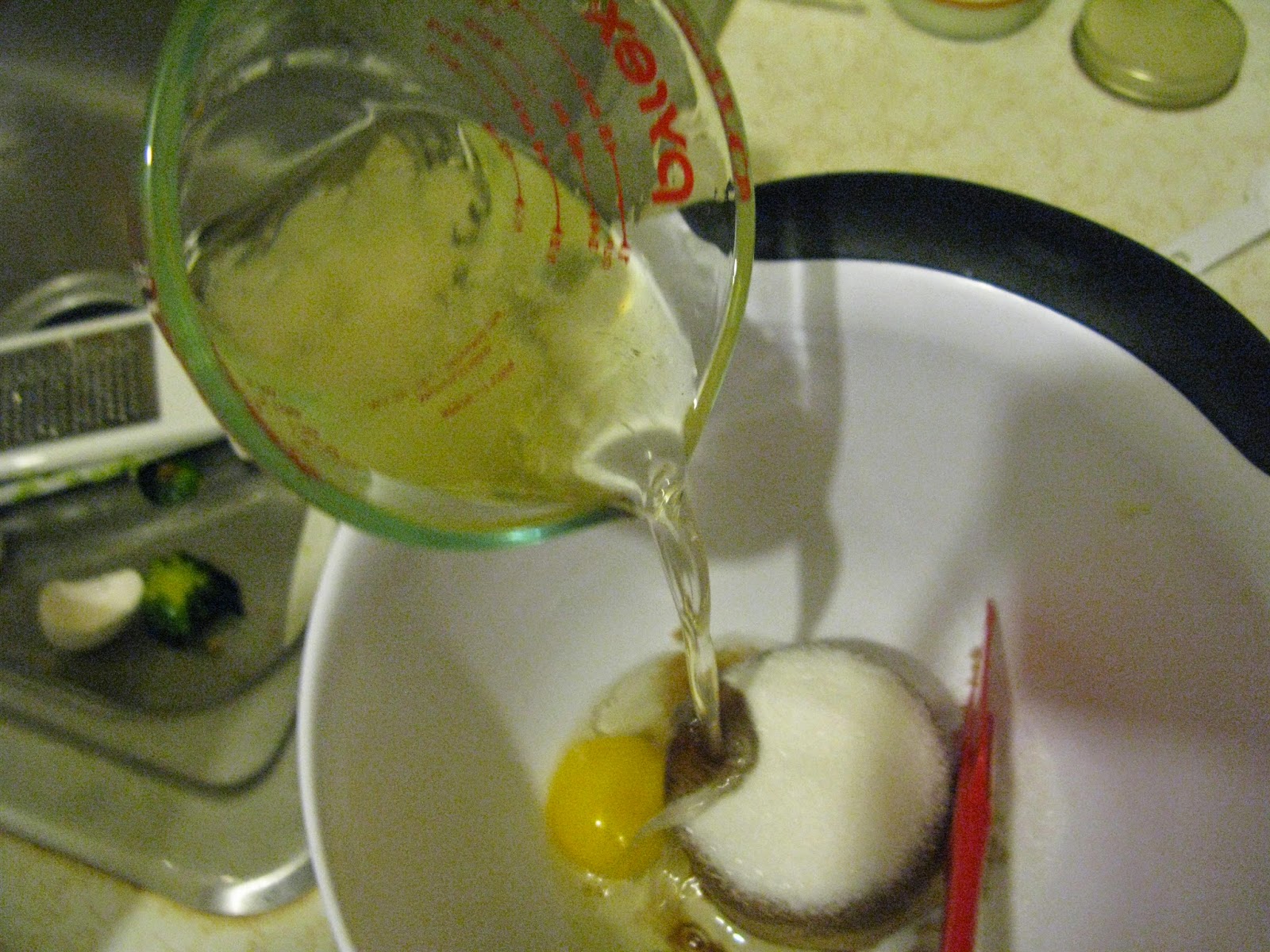 I stirred these ingredients together until they were well incorporated. 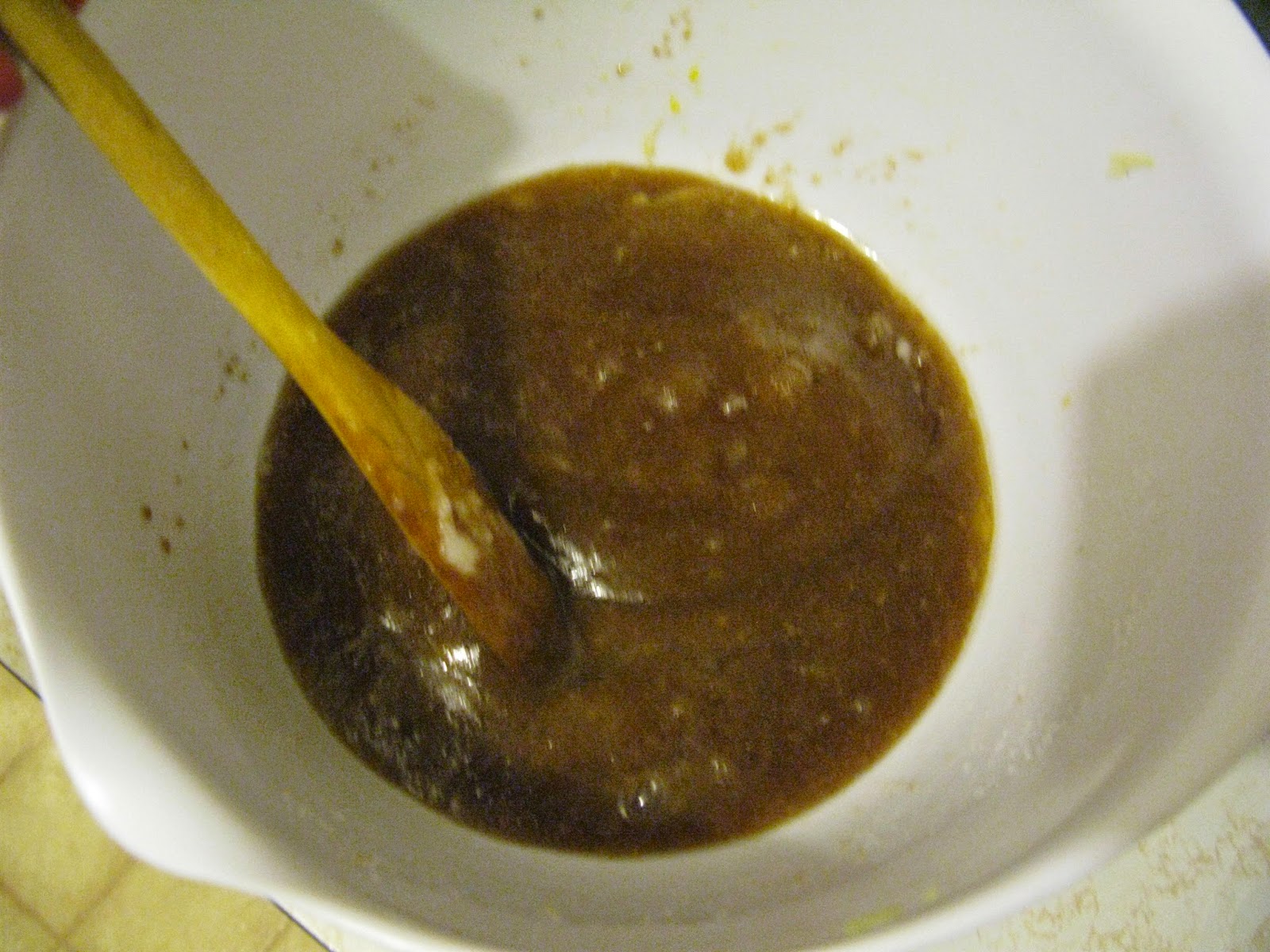 In another bowl, I added the flour, baking powder, and baking soda. 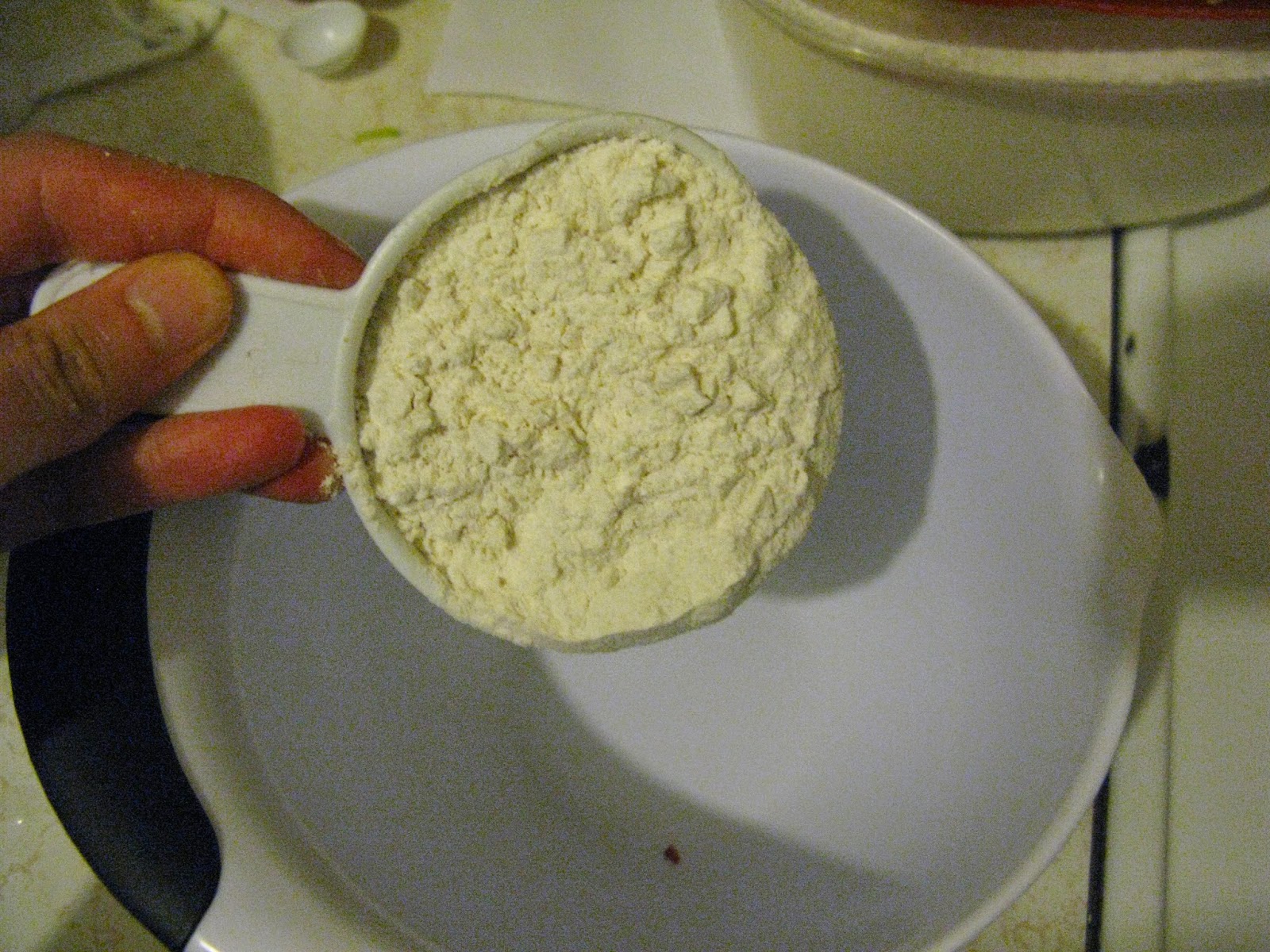 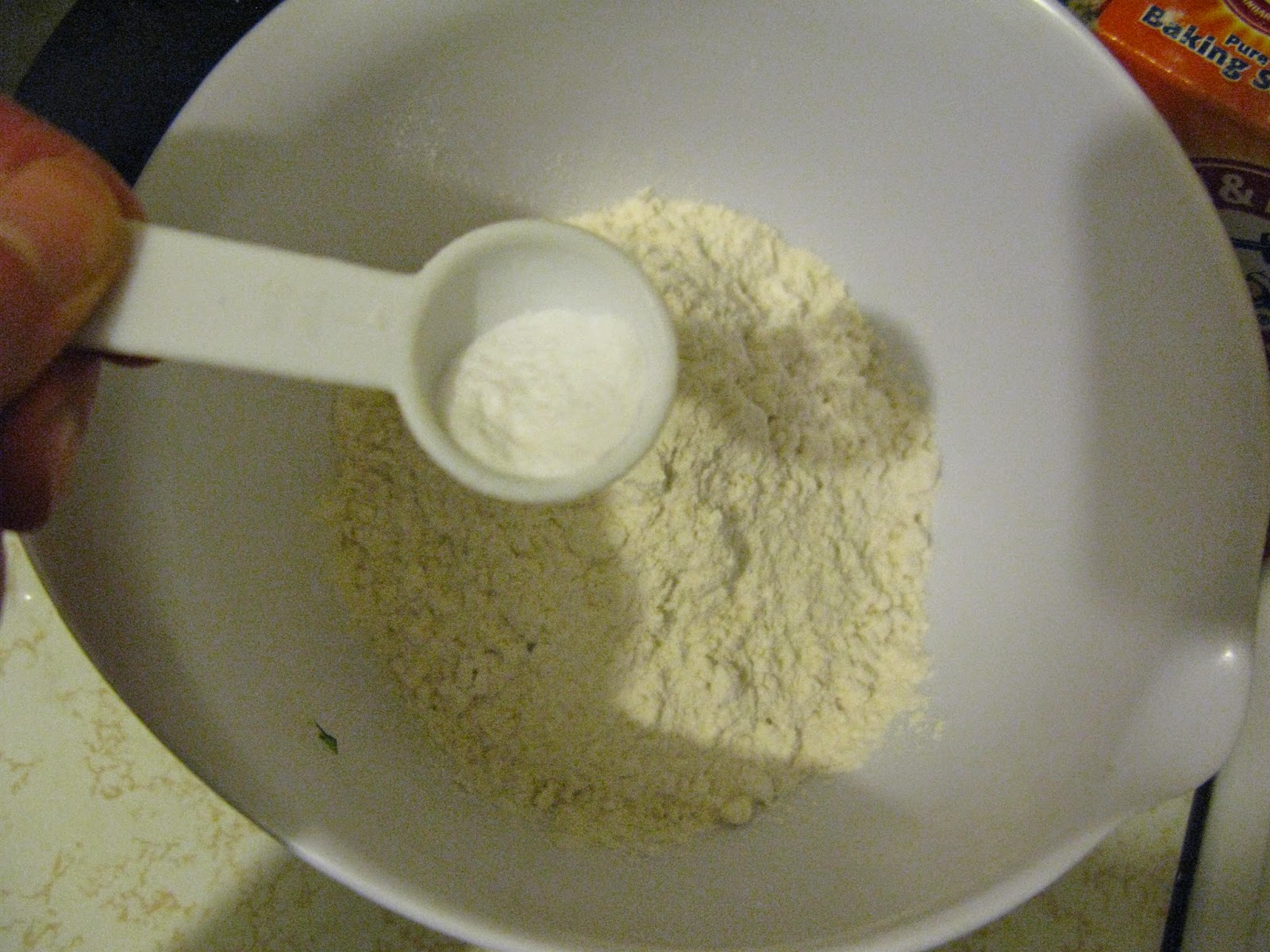 I added the spices:  cinnamon, nutmeg, and ginger.  The recipe also called for 1/8 teaspoon of ground cloves, which I don't have in my cupboard. 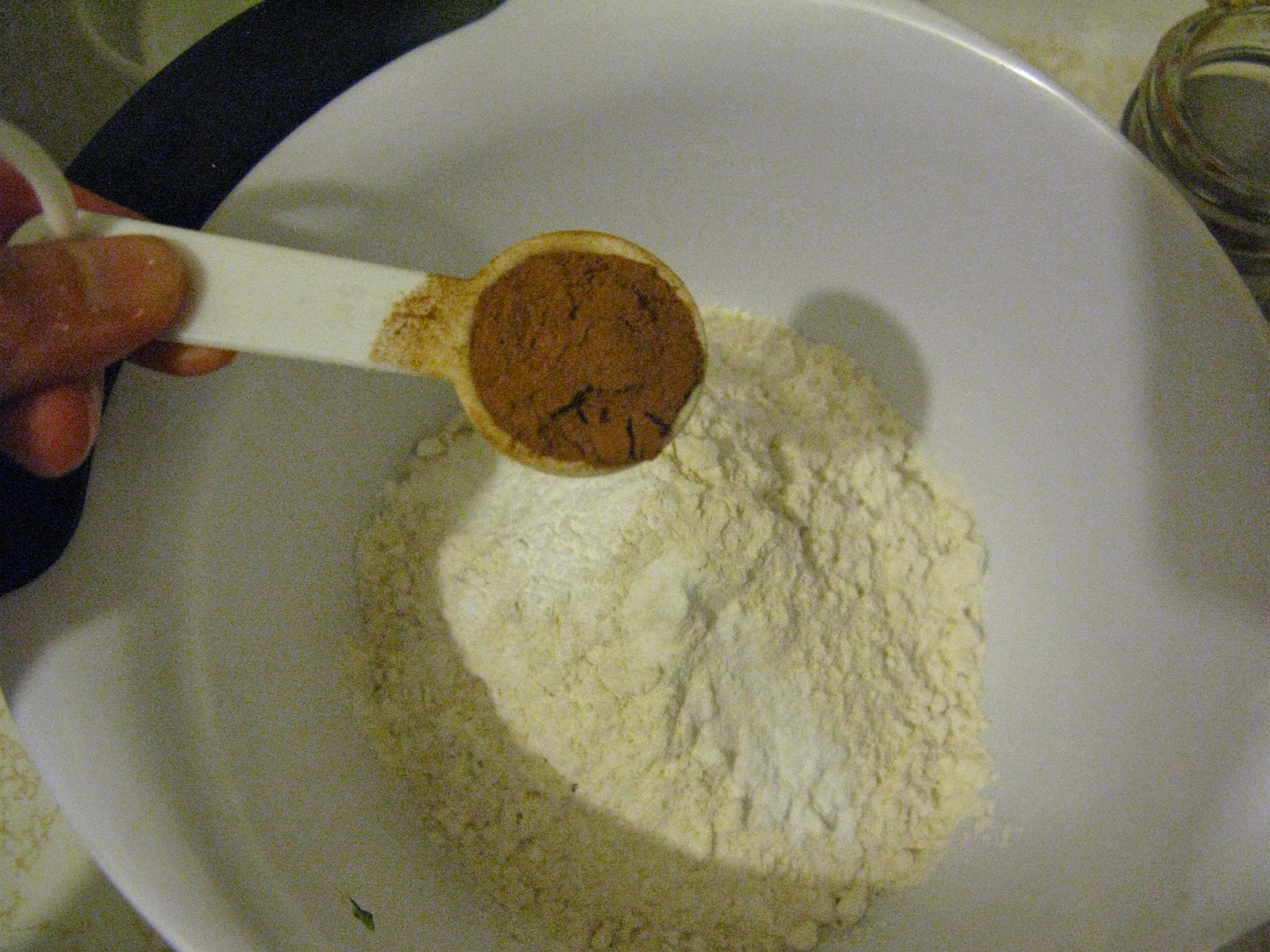 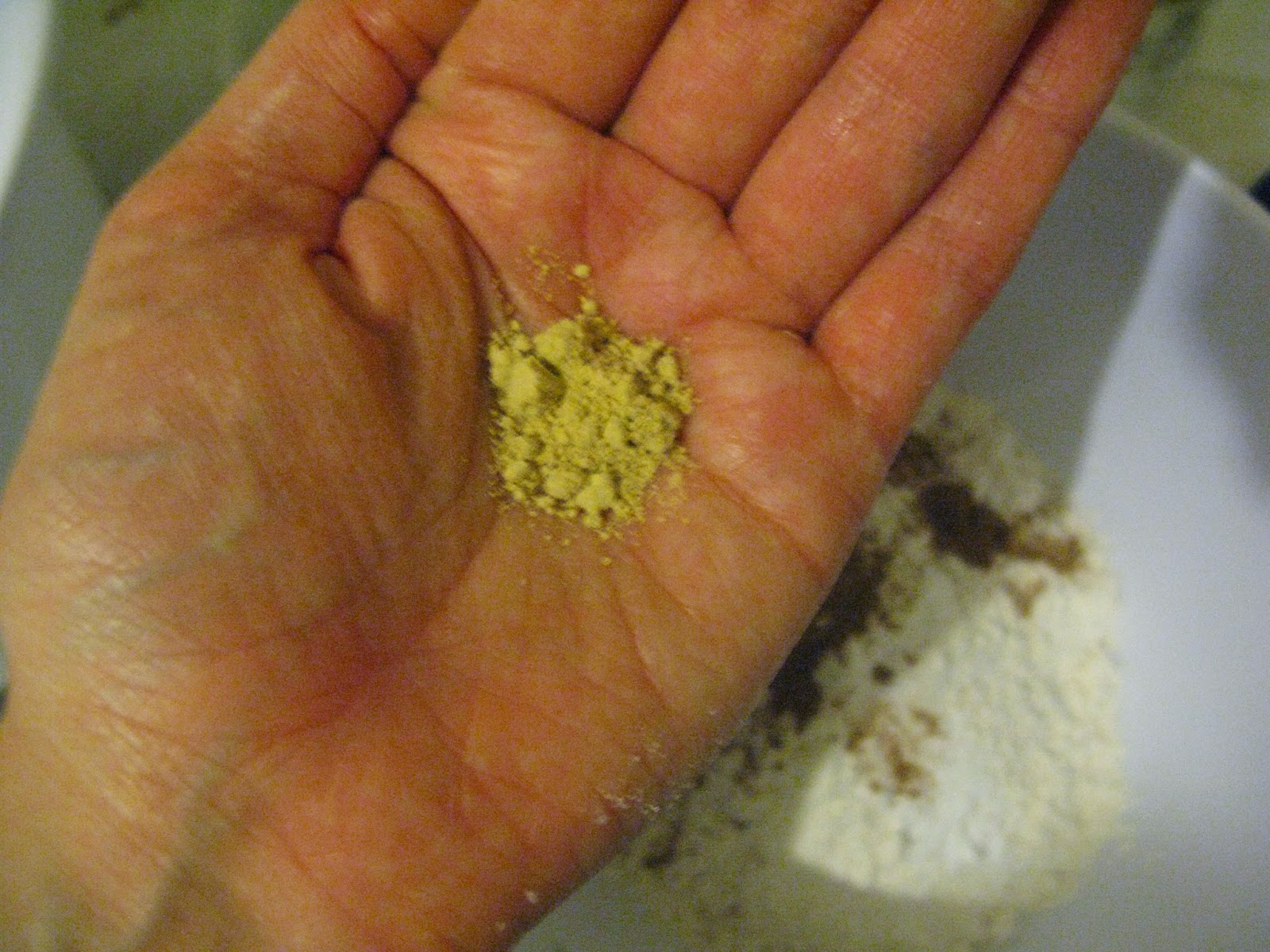 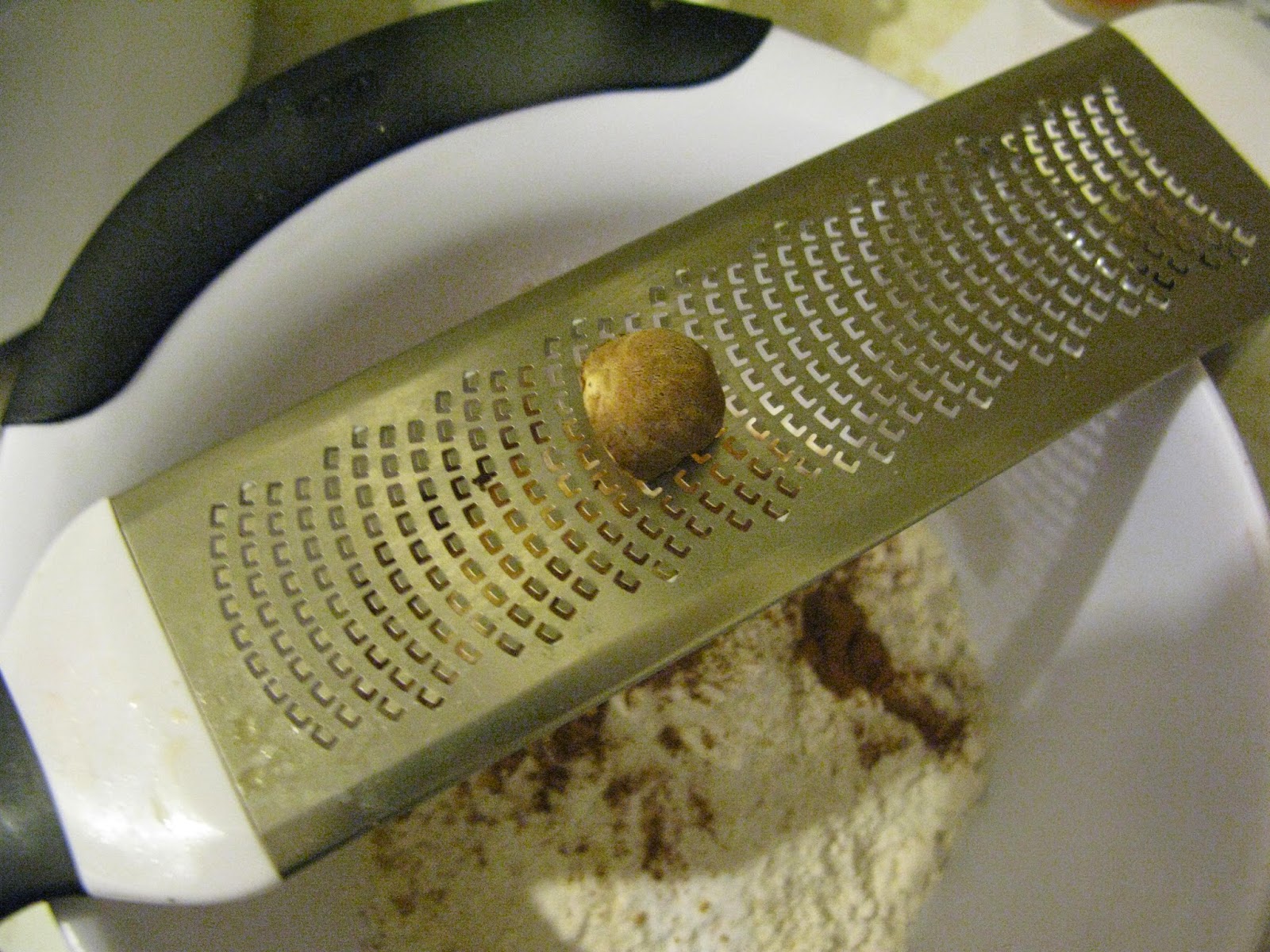 I added the salt and then stirred the dry ingredients together. 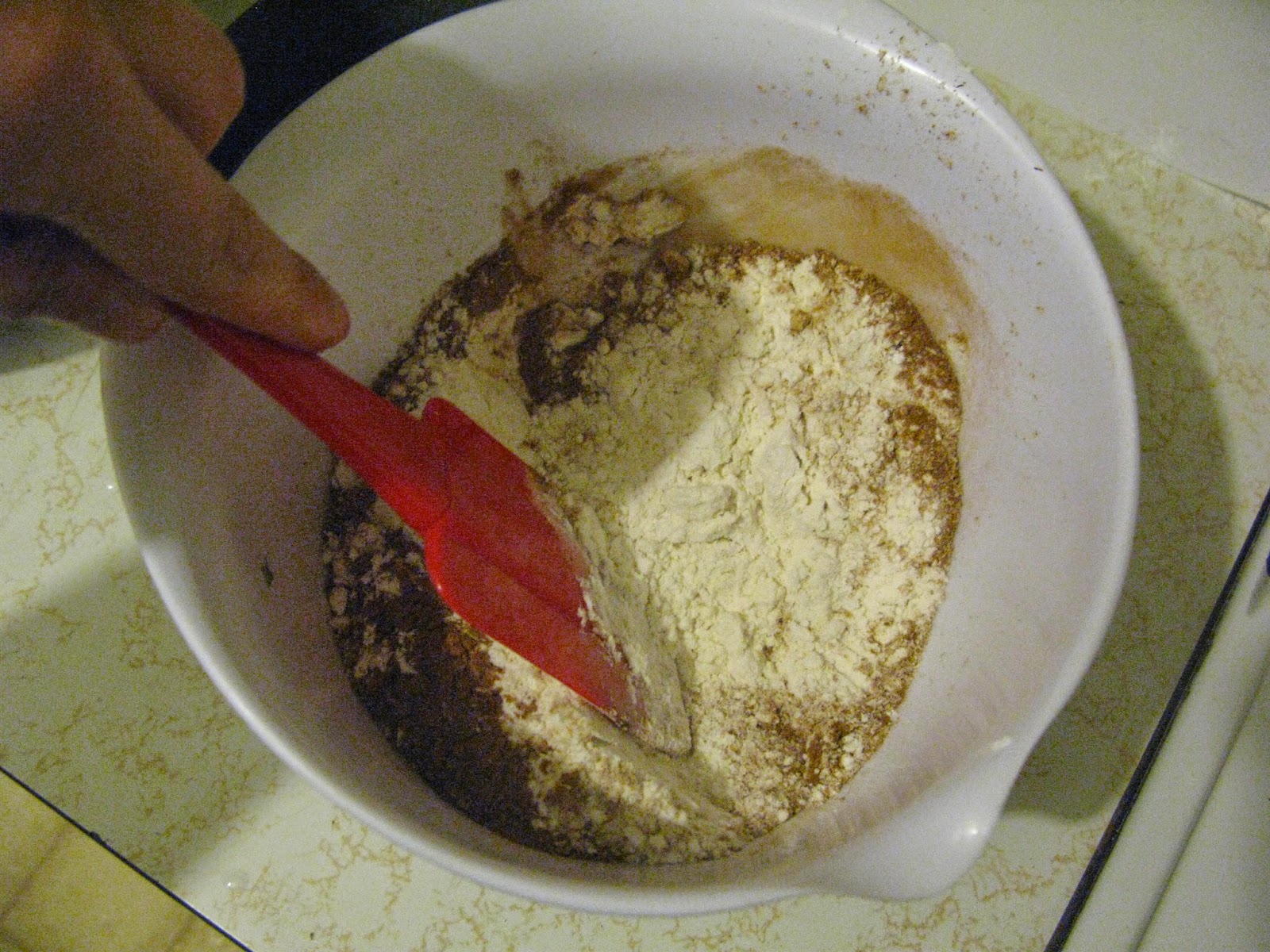 I added the flour mixture into the sugar and egg mixture. 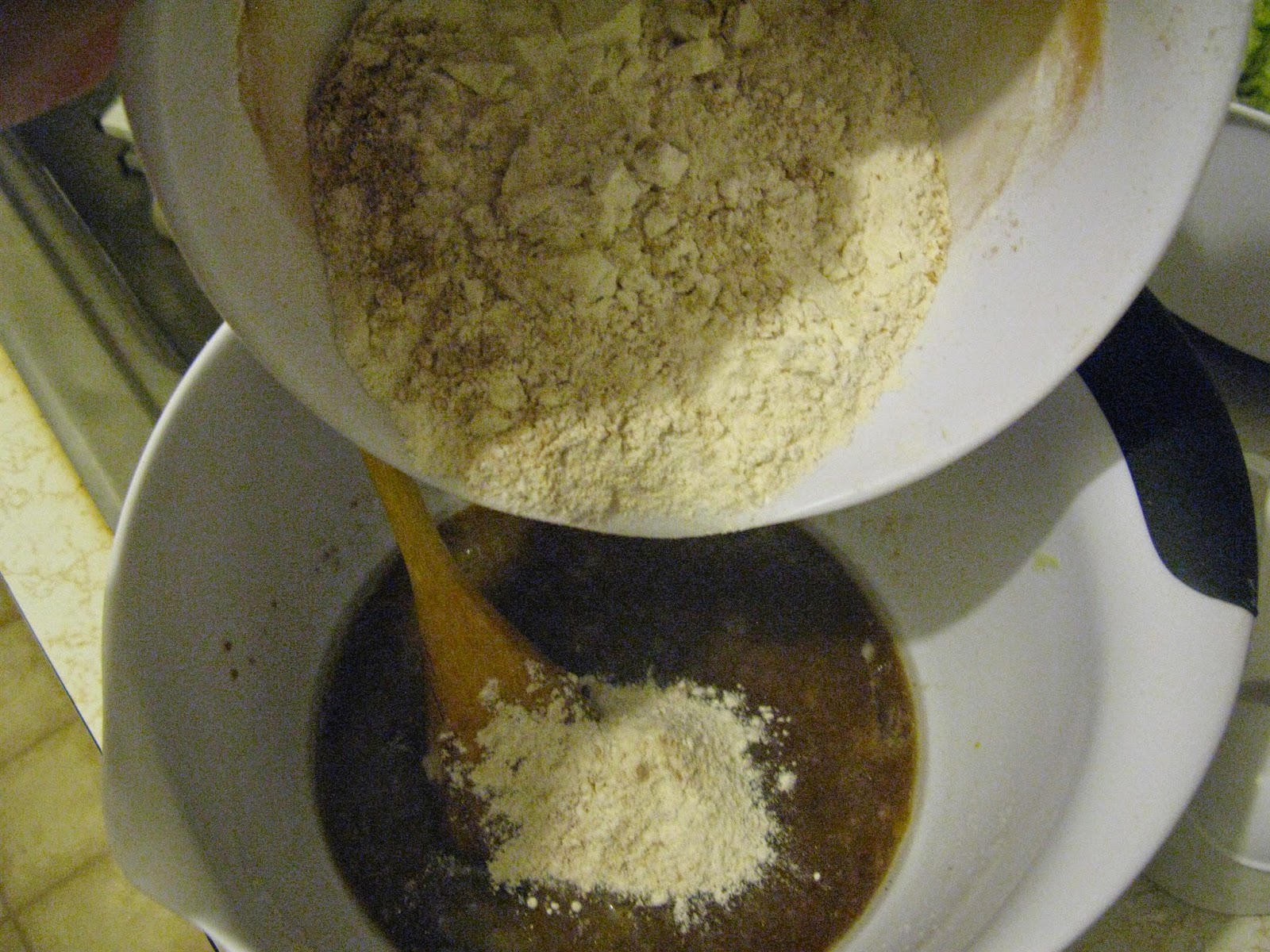 I stirred until it was almost combined. 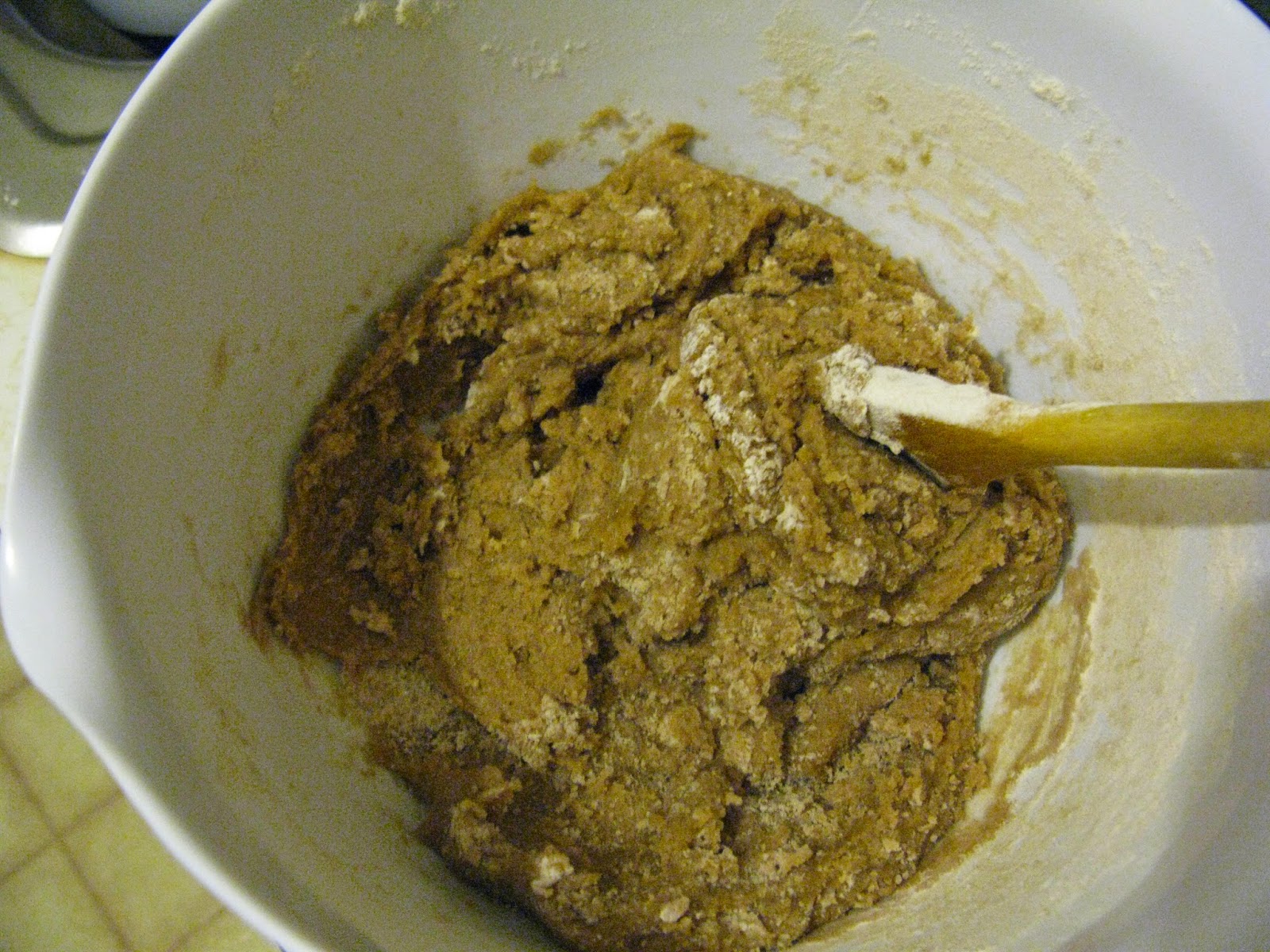 I added the grated large zucchini.  The recipe said to add the zucchini last, but I think it might be better to add it in with the sugars before combining the dry and wet ingredients. 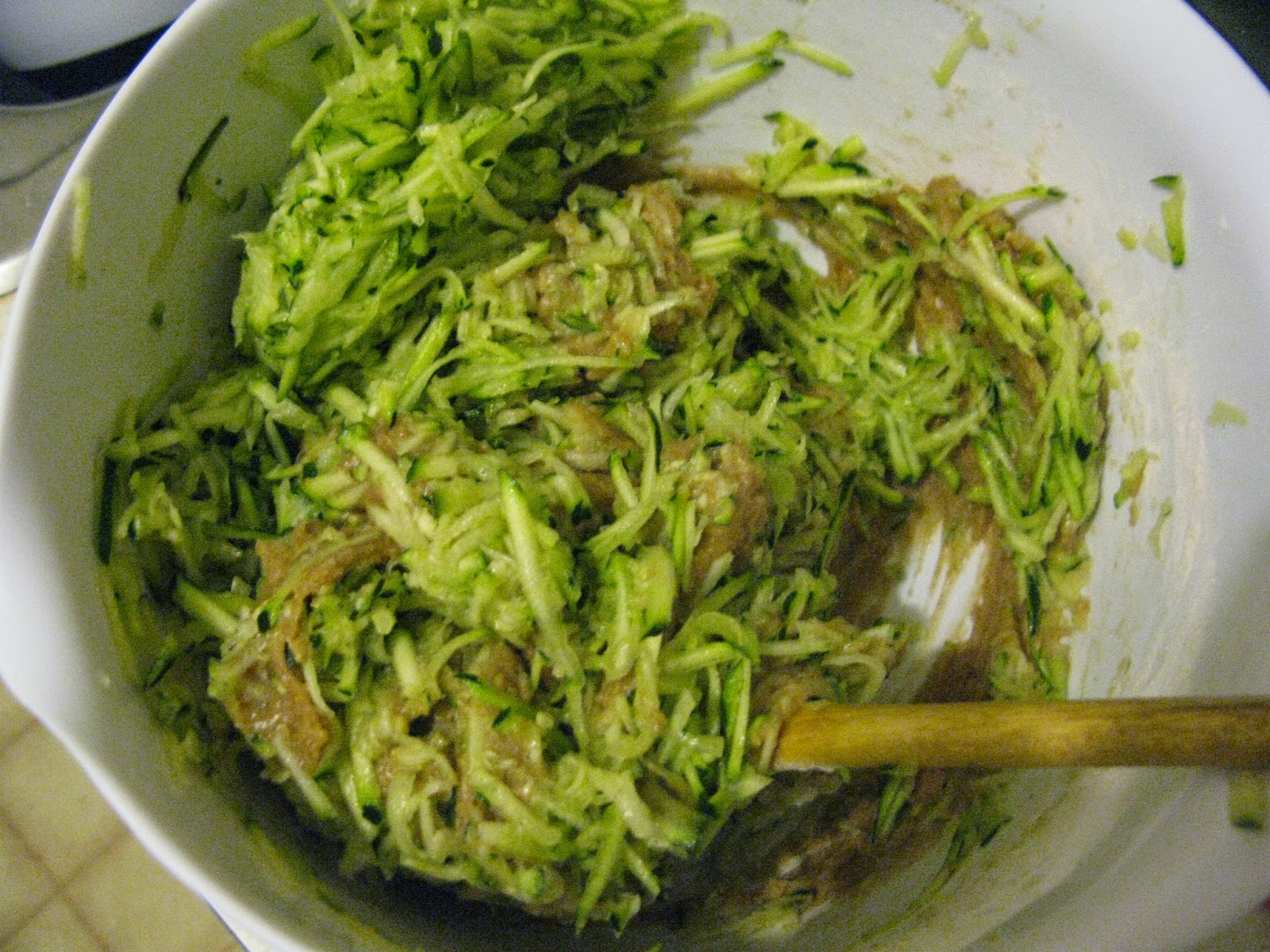 I stirred until there were no lumps in the batter. 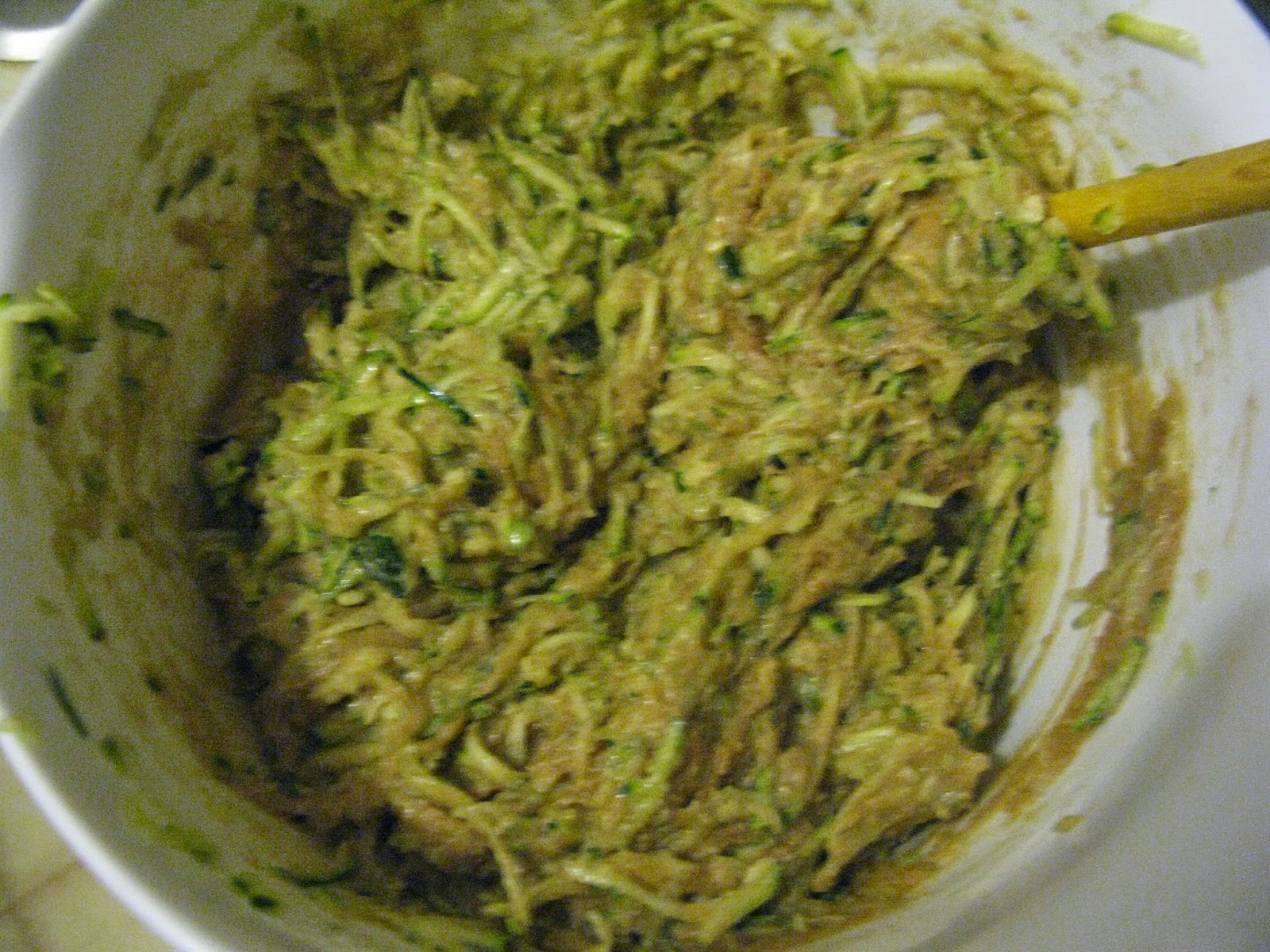 I poured the batter into a oiled 9 by 5 inch loaf pan. 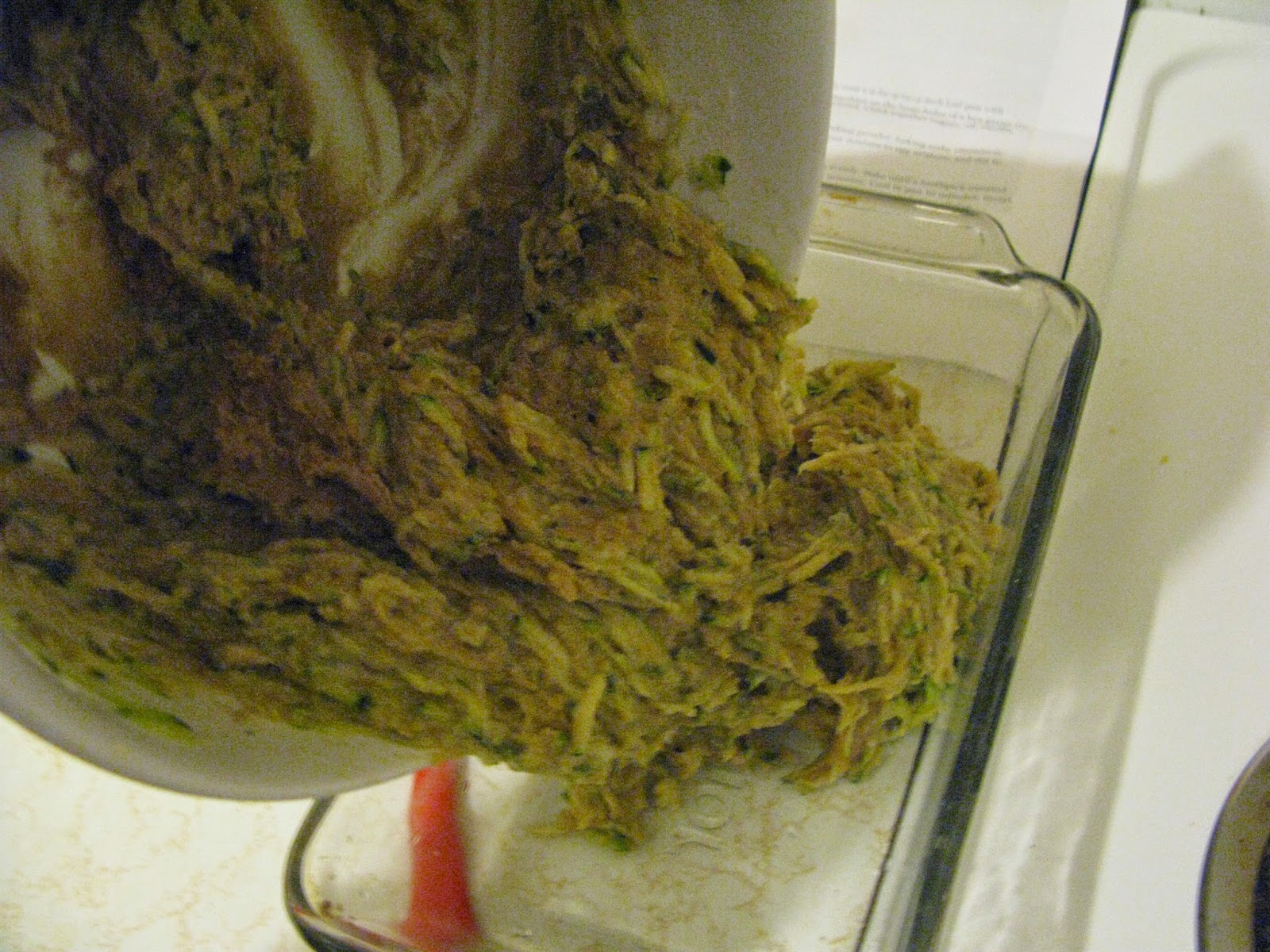 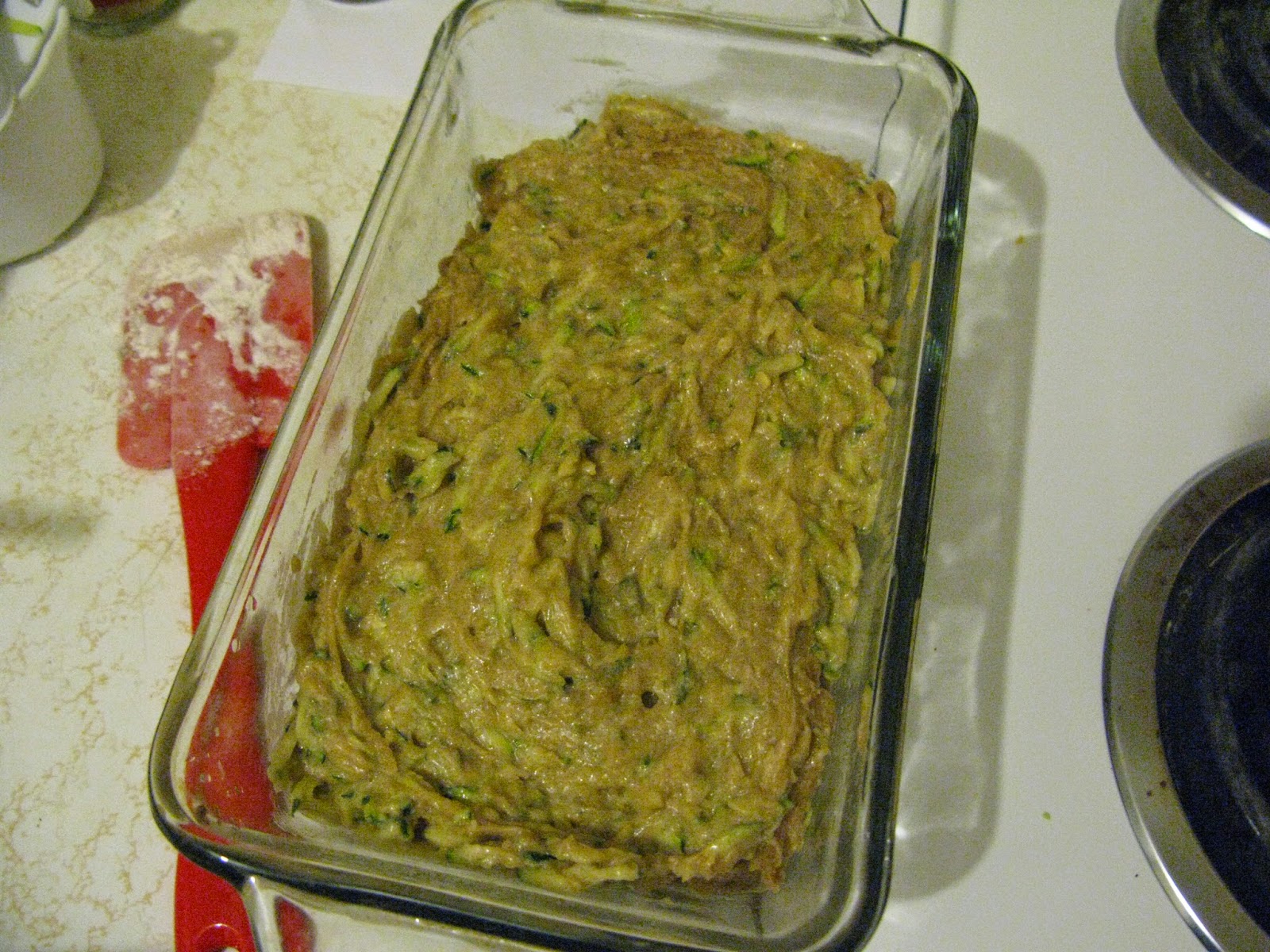 The recipe said to bake the bread for 55 minutes at 350 degrees.  I cooked mine for 65 minutes and it was still under-baked.  My loaf pan is kind of a pain.  I always have to bake breads for way more time than directed and still end up undercooking my baked goods. 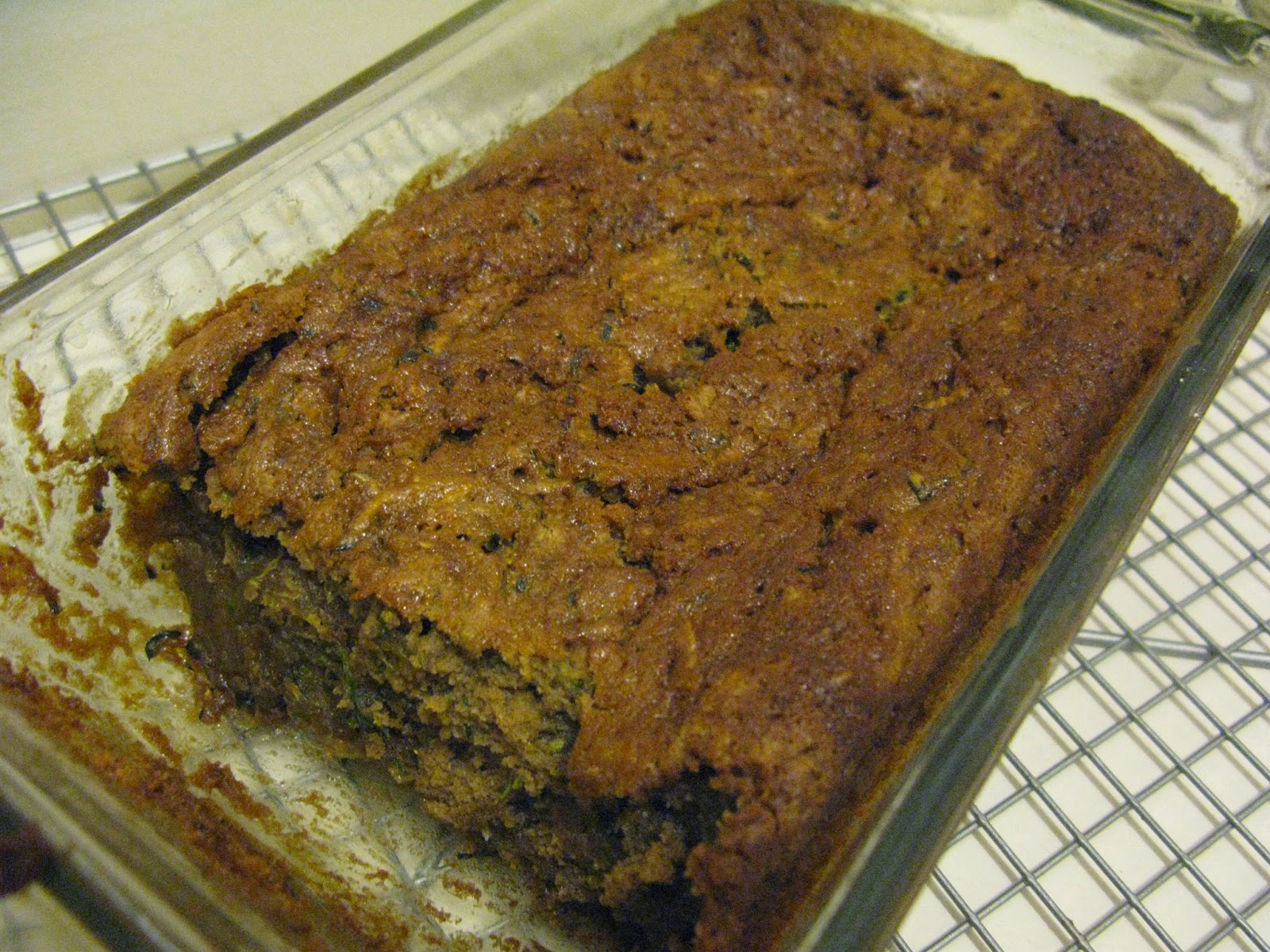 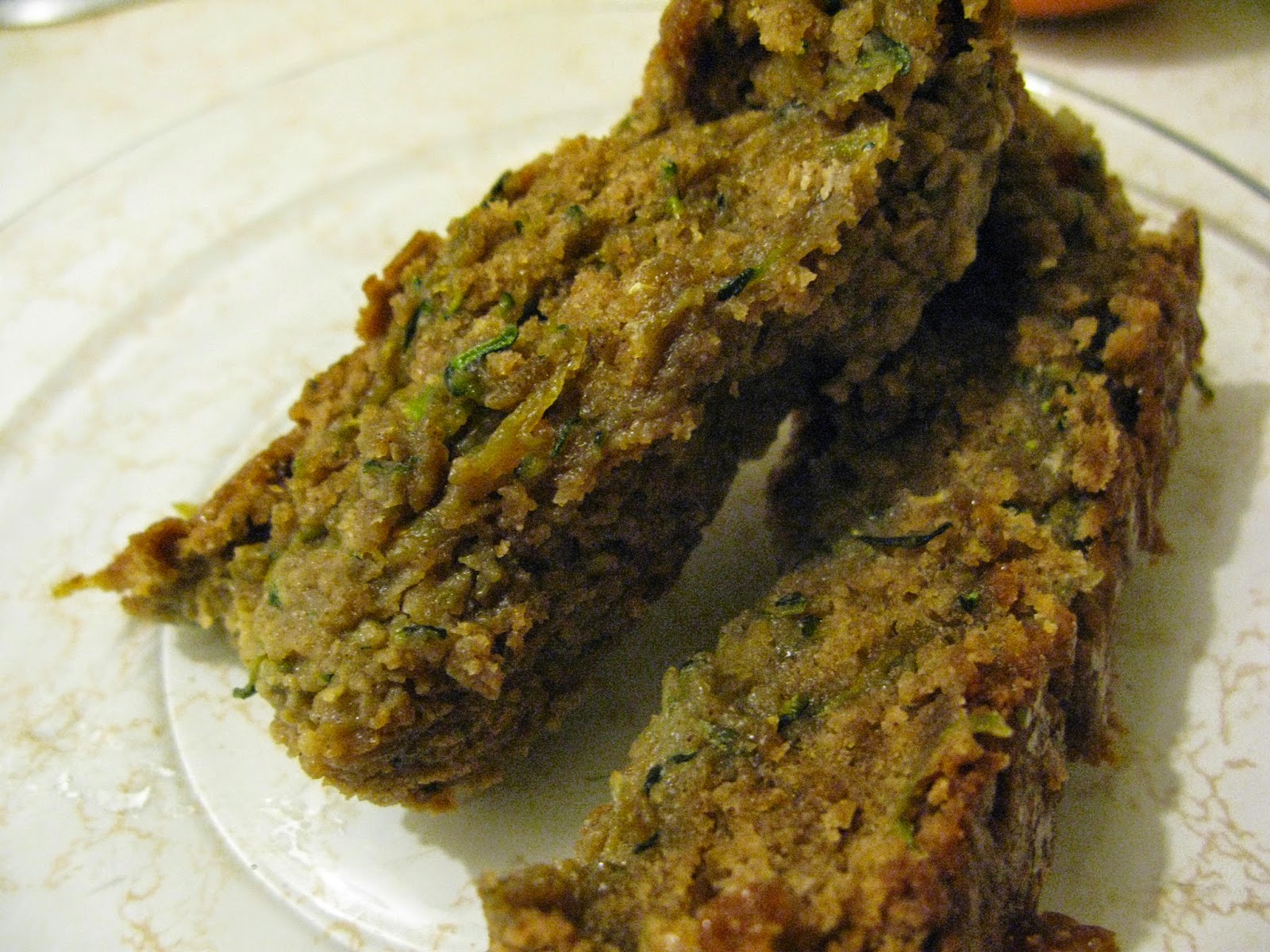 The spices in the bread were warm and reinvigorating.  They reminded me of Fall and Thanksgiving. 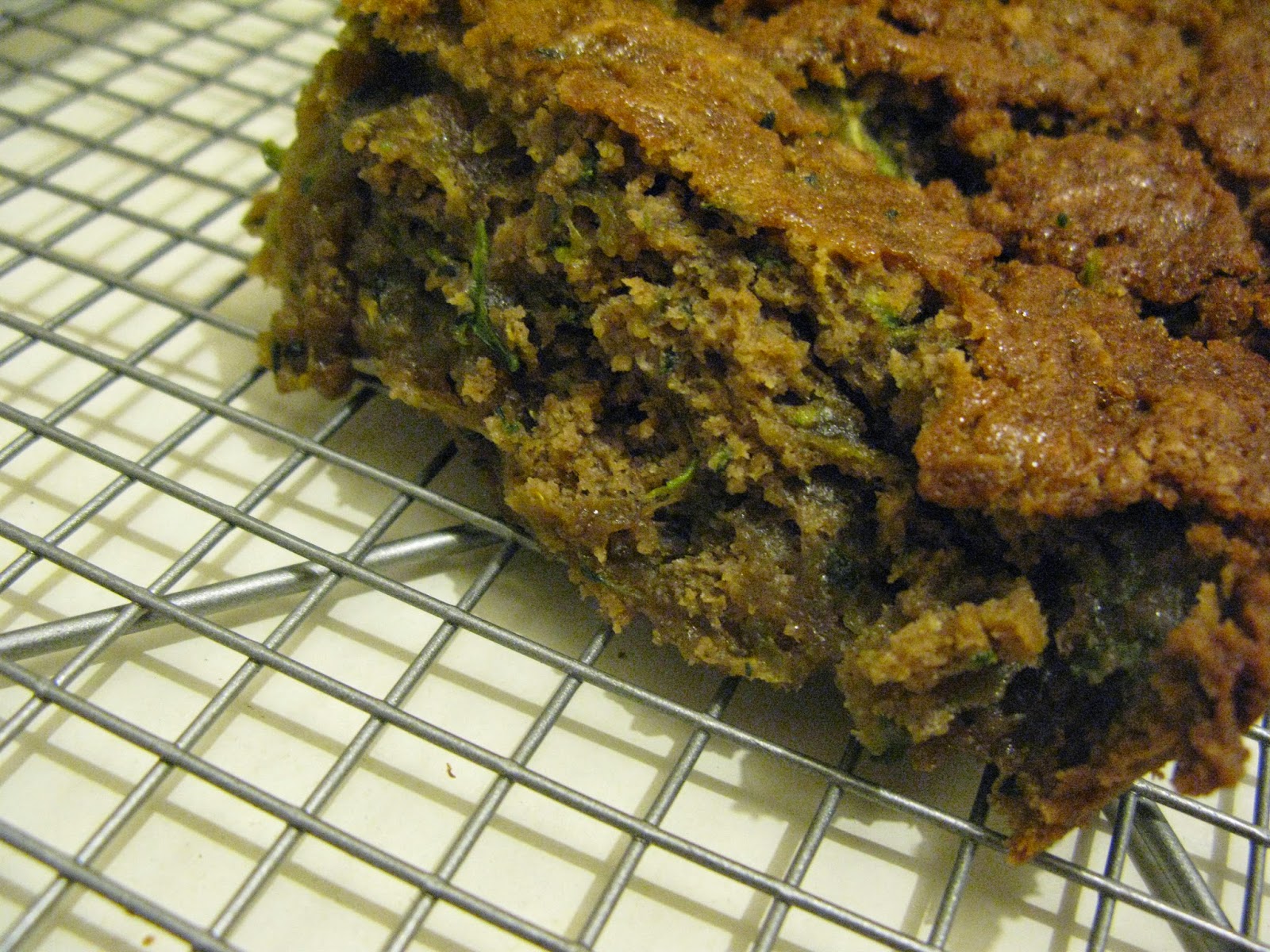 The zucchini makes it very difficult to over-bake and dry out.  I believe another reason my bread was undercooked was because my zucchini was very large, and it added more moisture than the original recipe. 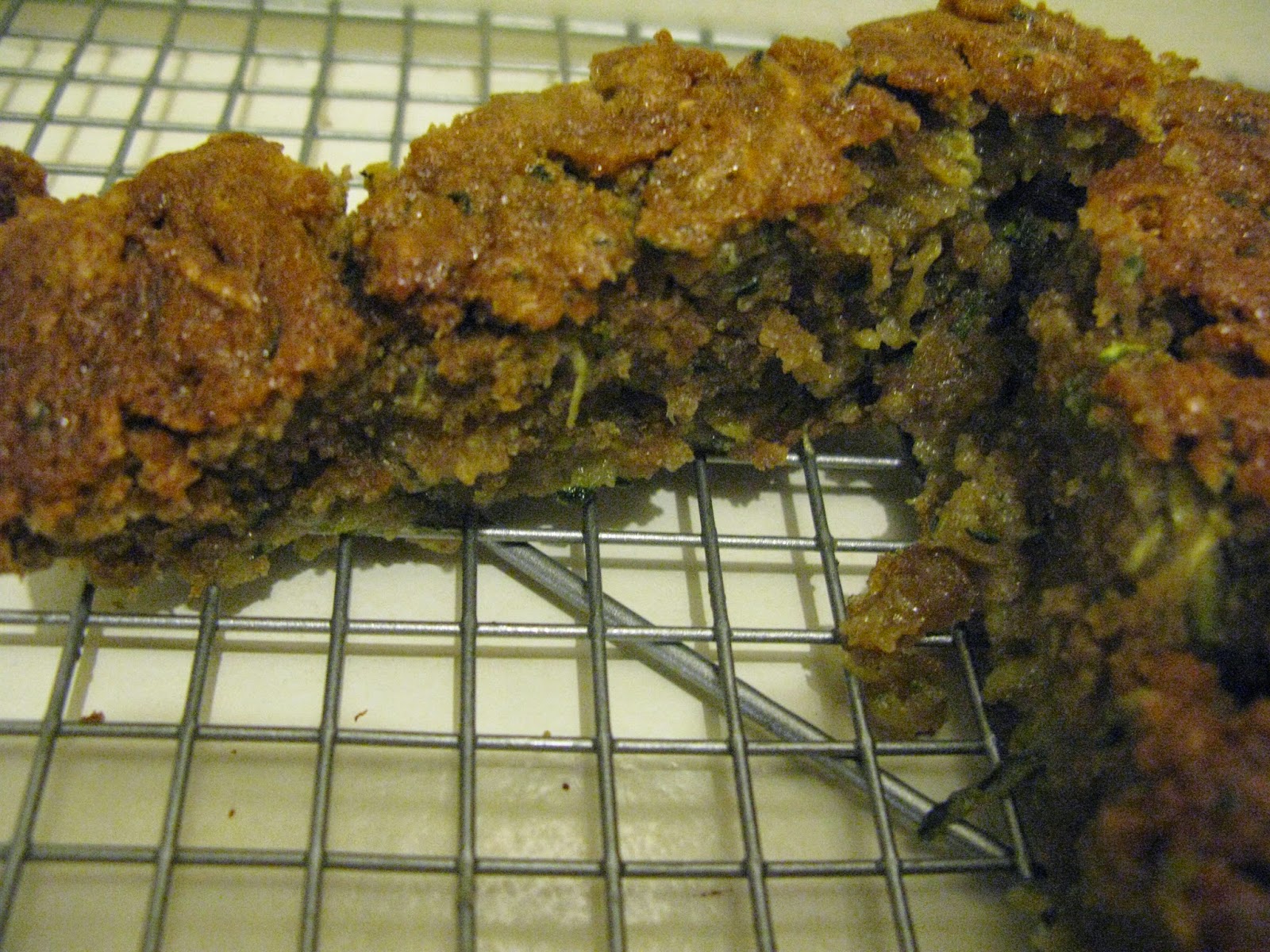 I enjoyed this bread.  It wasn't live changing, but I had no problem eating it for several days at breakfast. 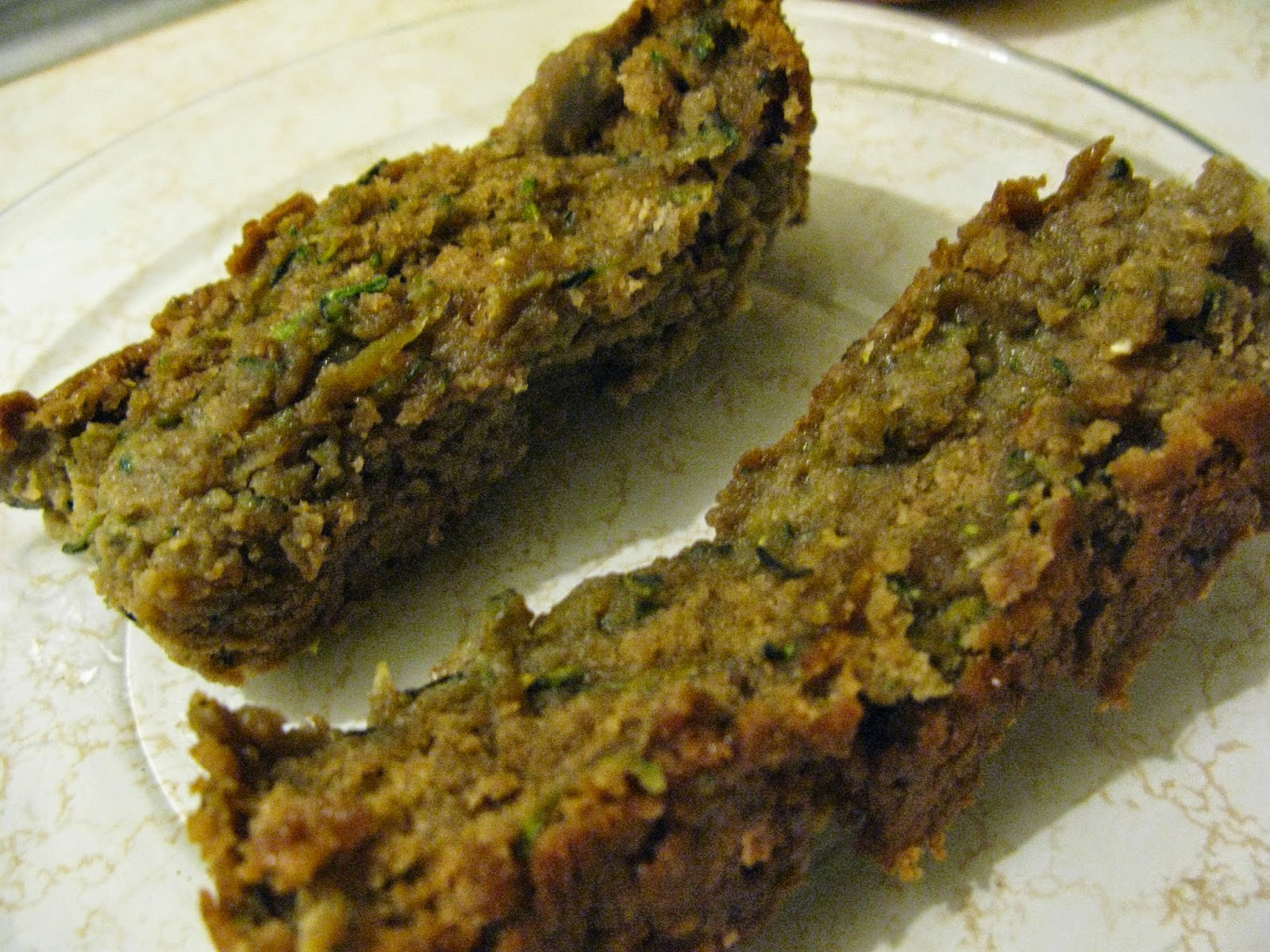 Zucchini bread is the bomb!! I bet this is amazing.