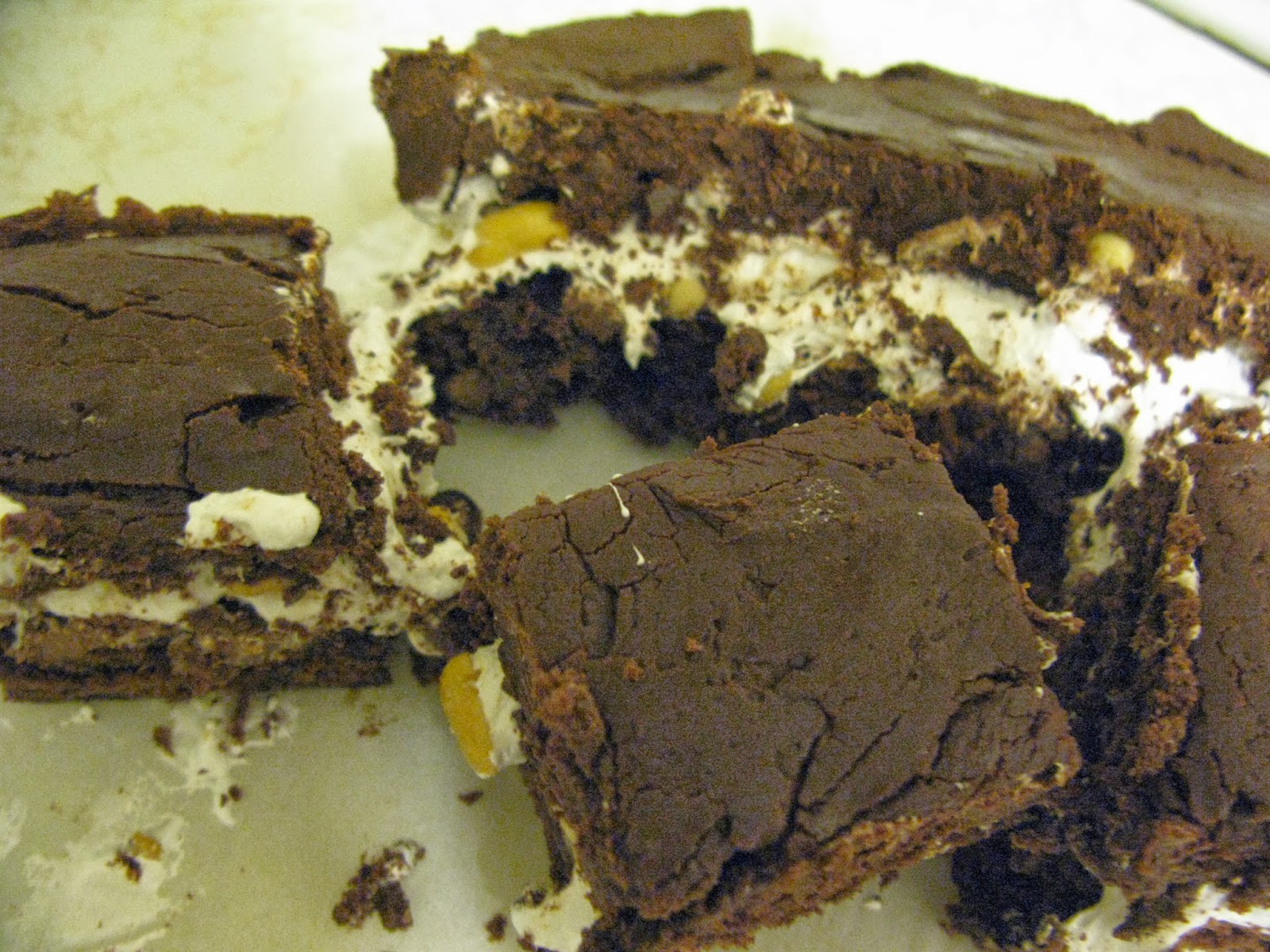 What a great name! With such a name, can these brownie disappoint?  I think not. 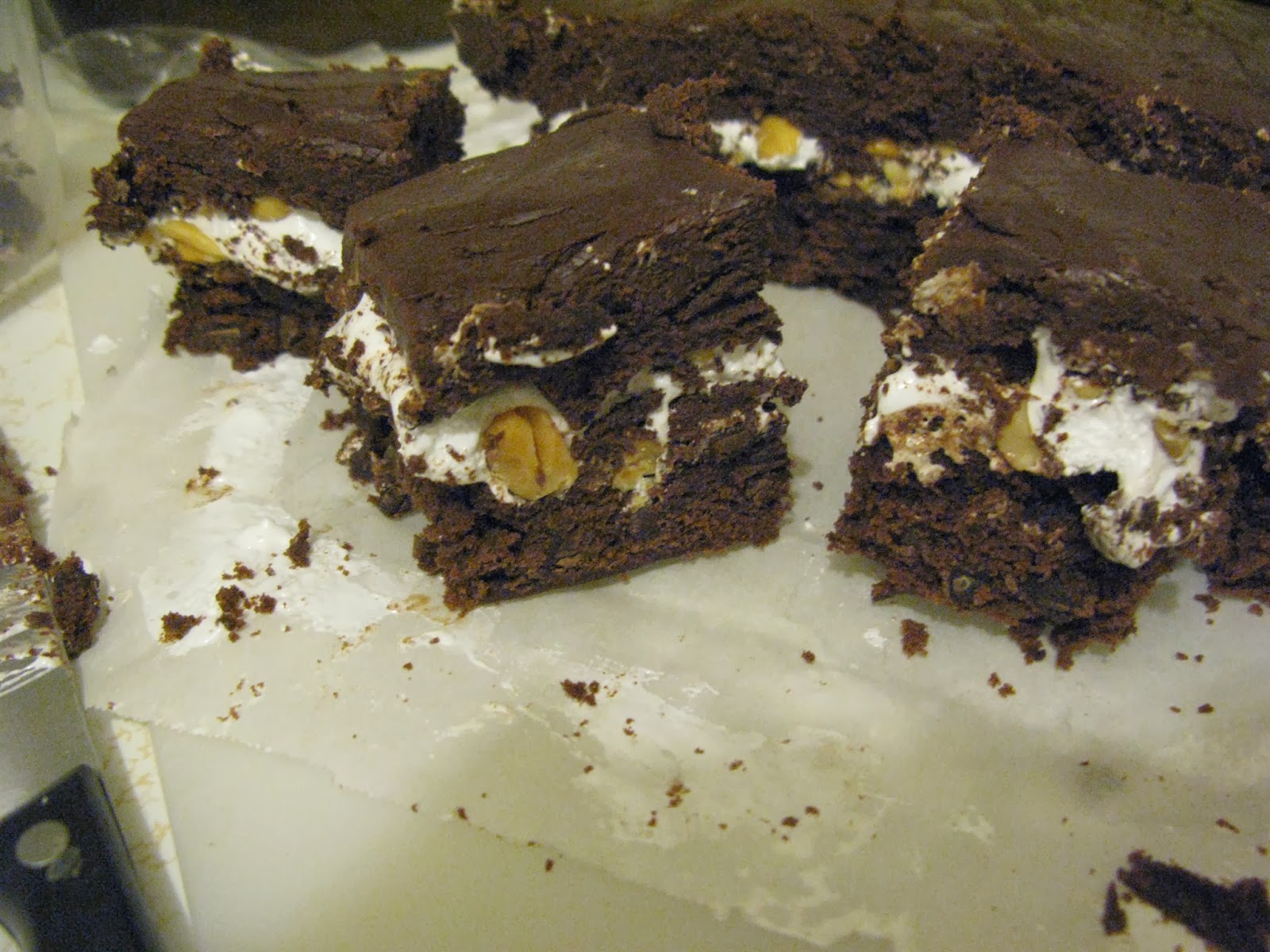 They were tearing down a church near my office building today.  Some coworkers and I stopped and watched for a bit.  While watching, I felt something fly from across the street into my eye.  My left eye has been swollen, red, and runny ever since.  People probably think I have pink eye or something.  That was the low part of my day. 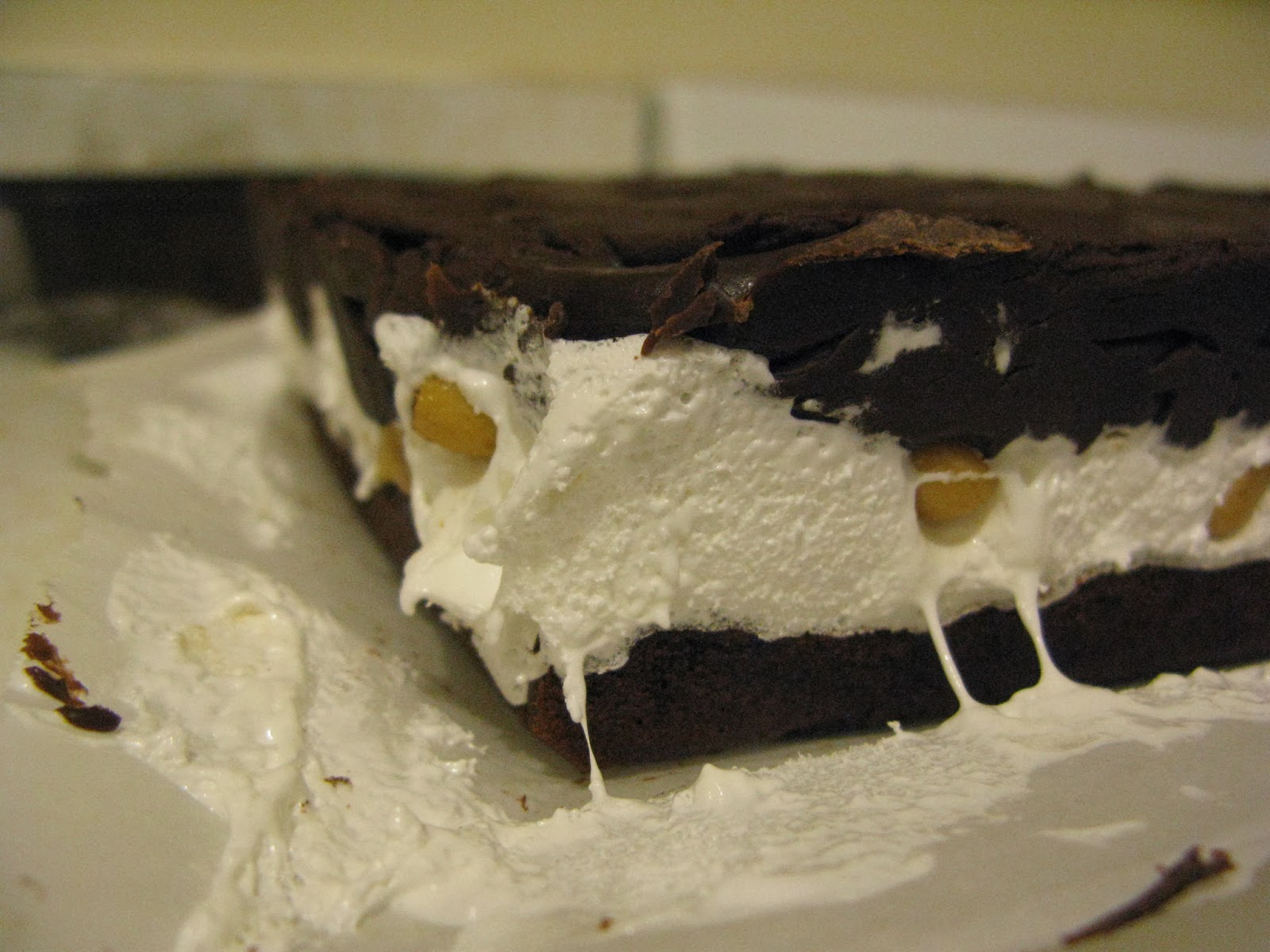 The high point of my day has been looking at pictures of these brownies.  I made them last Friday for a friend's chocolate party.  It was an excellent party theme.  The brownie was invented at the Palmer Hotel in Chicago as a dessert for ladies.  They are still made at the hotel according to the original recipe.  Next time your in Chicago, you'll have to check it out! 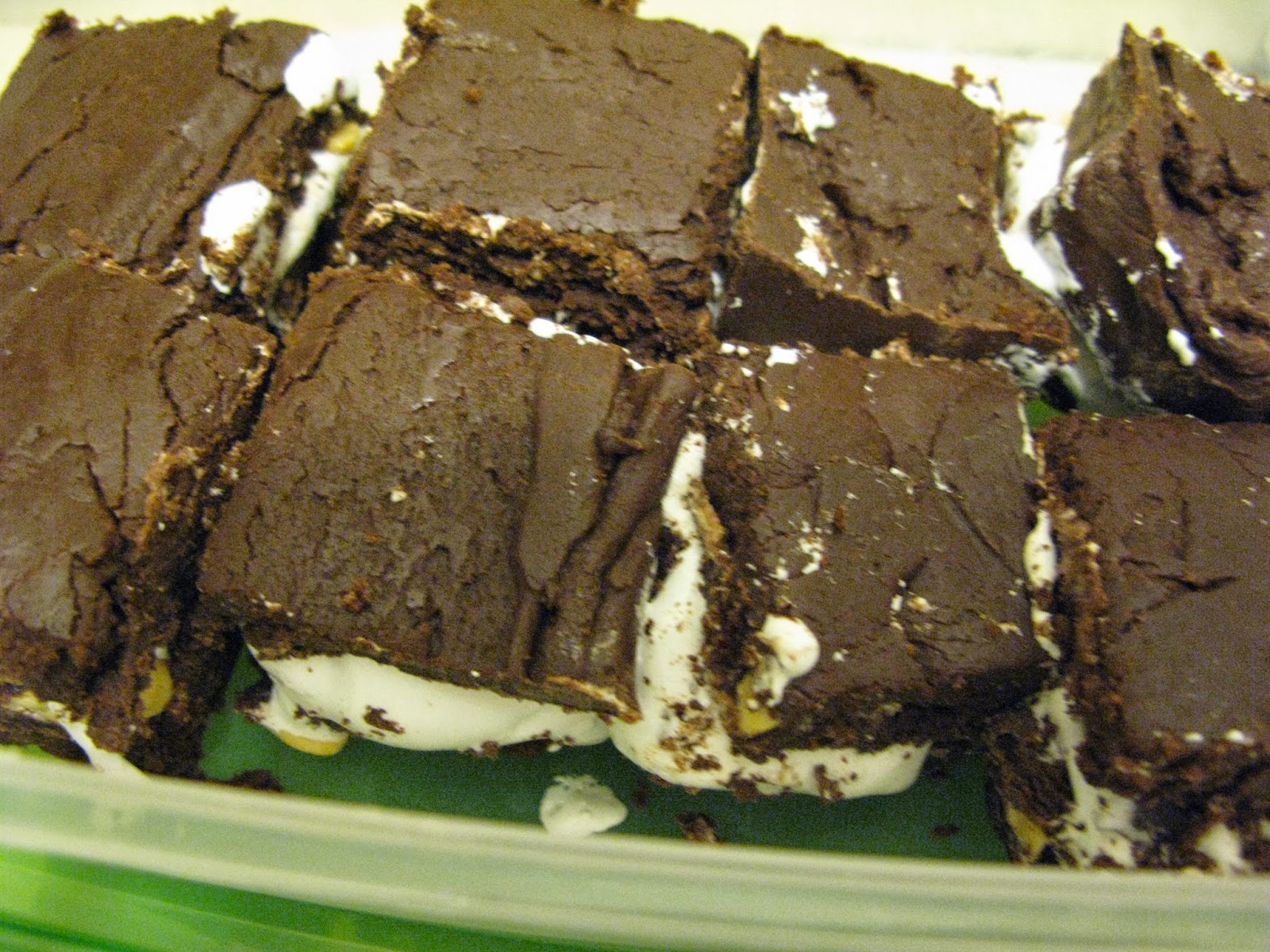 The ingredients are a pan of 9 inch by 9 inch brownies, 3 cups chocolate chips, 1 can sweetened condensed milk,  1 jar marshmallow creme, and 1/3 cup peanuts.

I began by putting the chocolate chips and sweetened condensed milk in a sauce pan over medium heat. 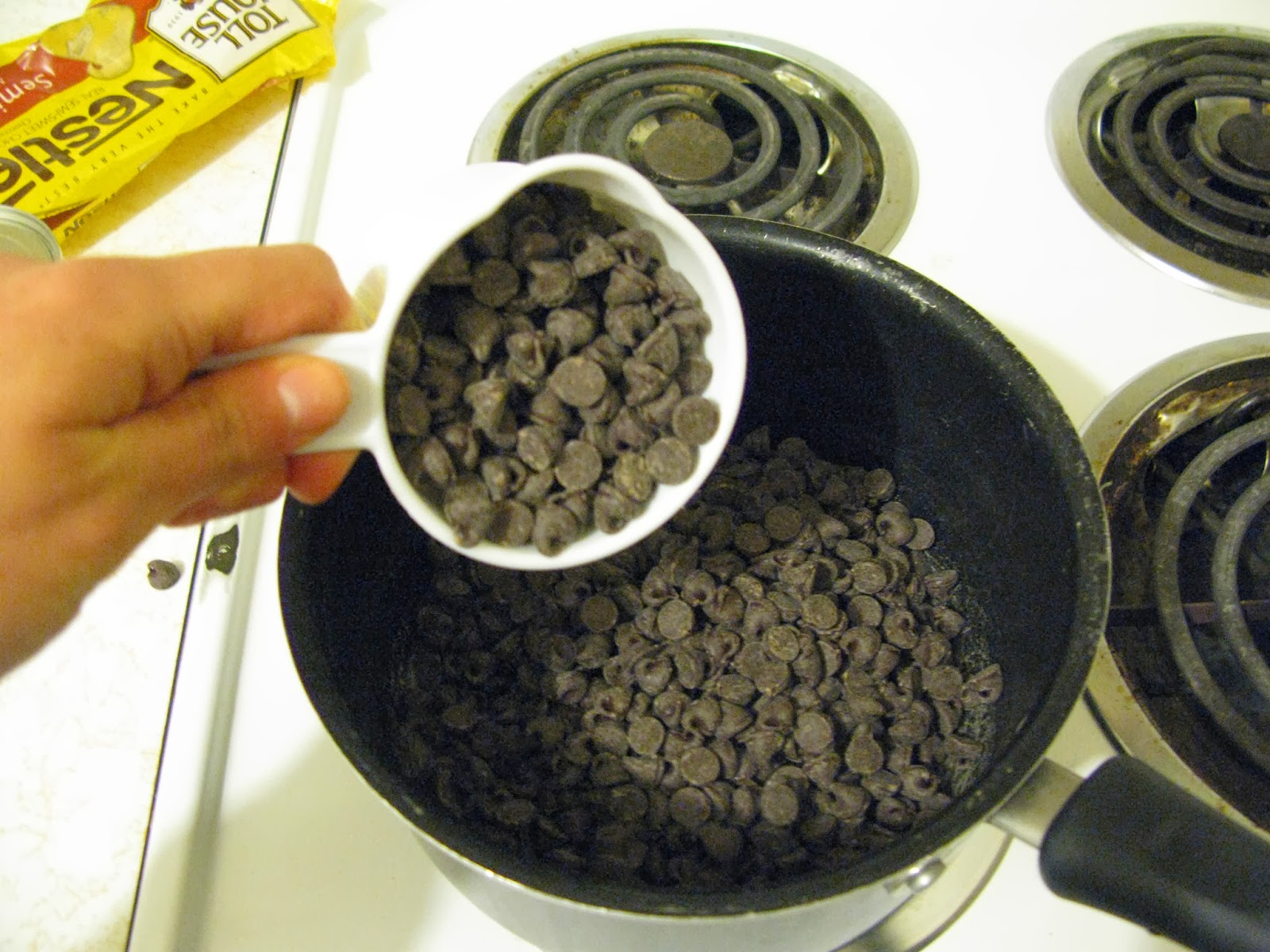 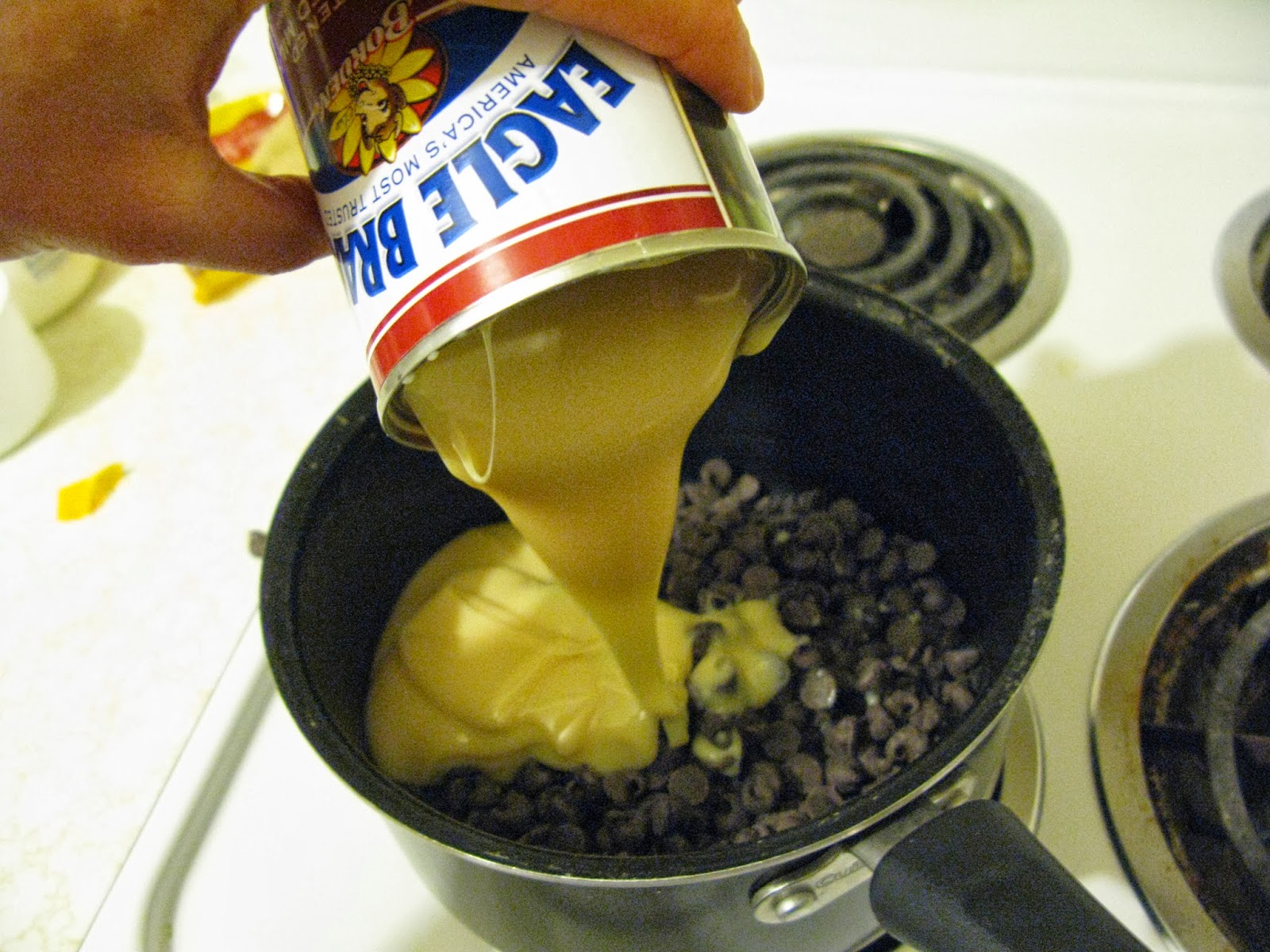 While it melted into a thick, chocolaty goo, I prepared the other components. 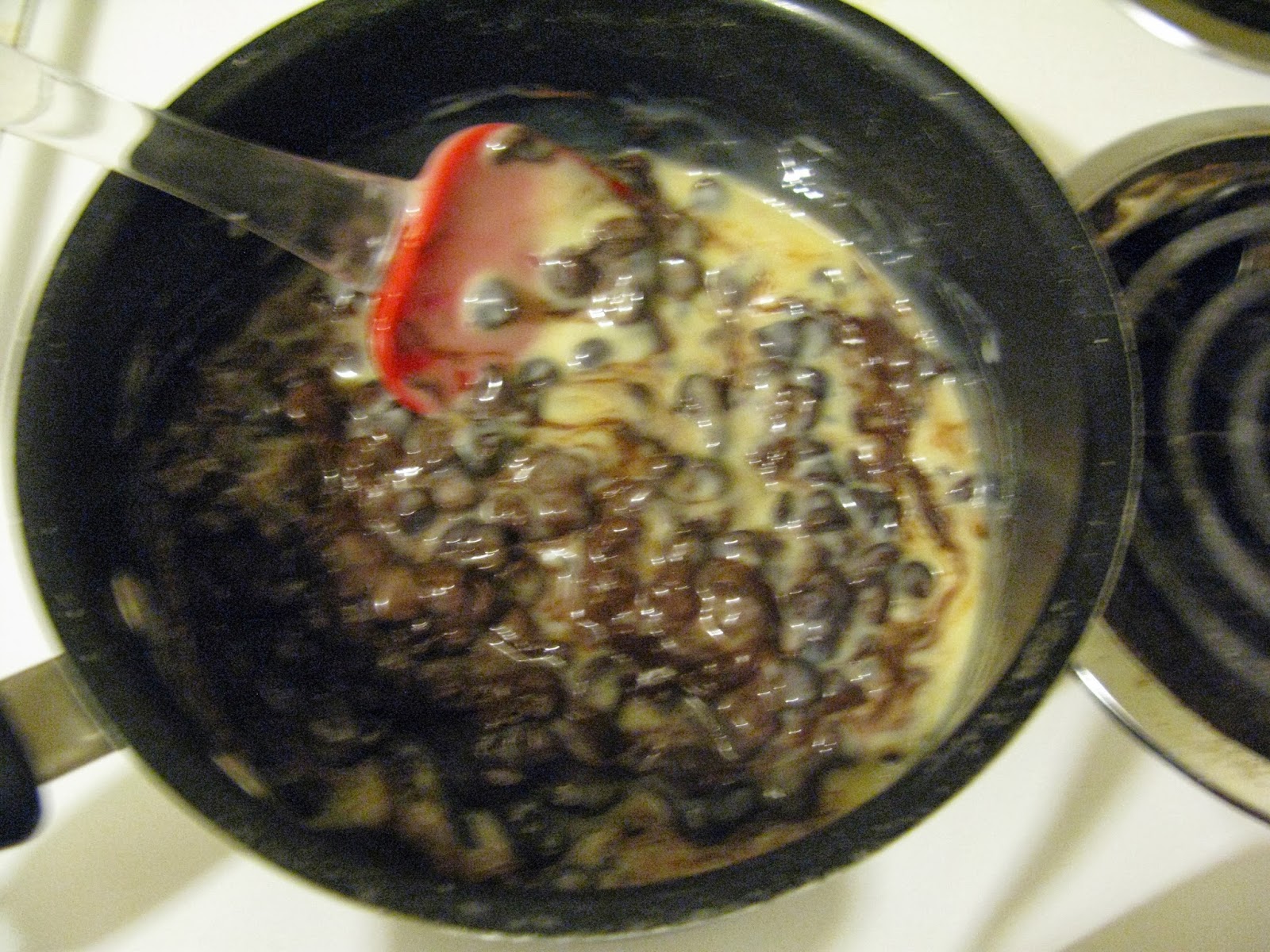 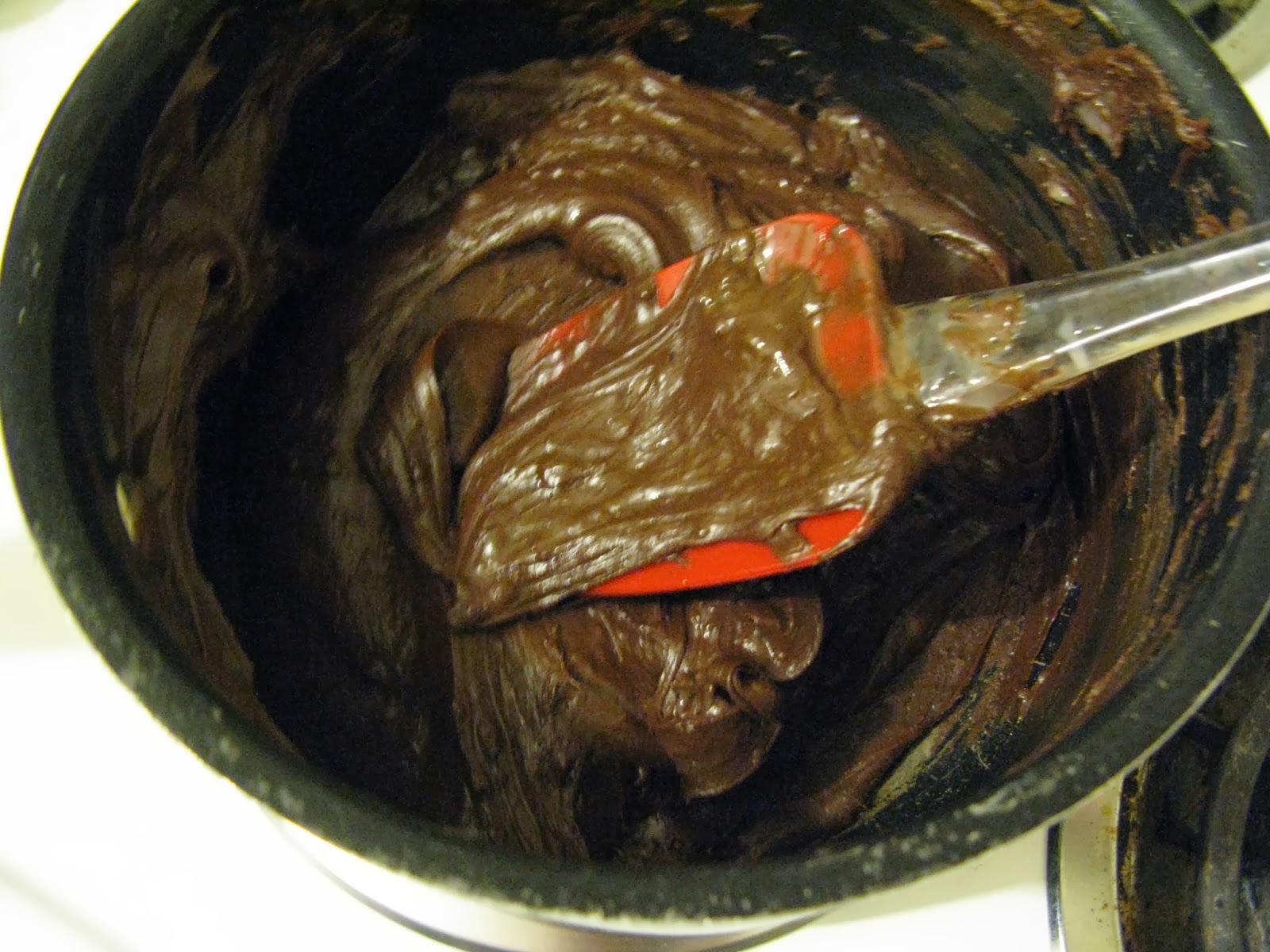 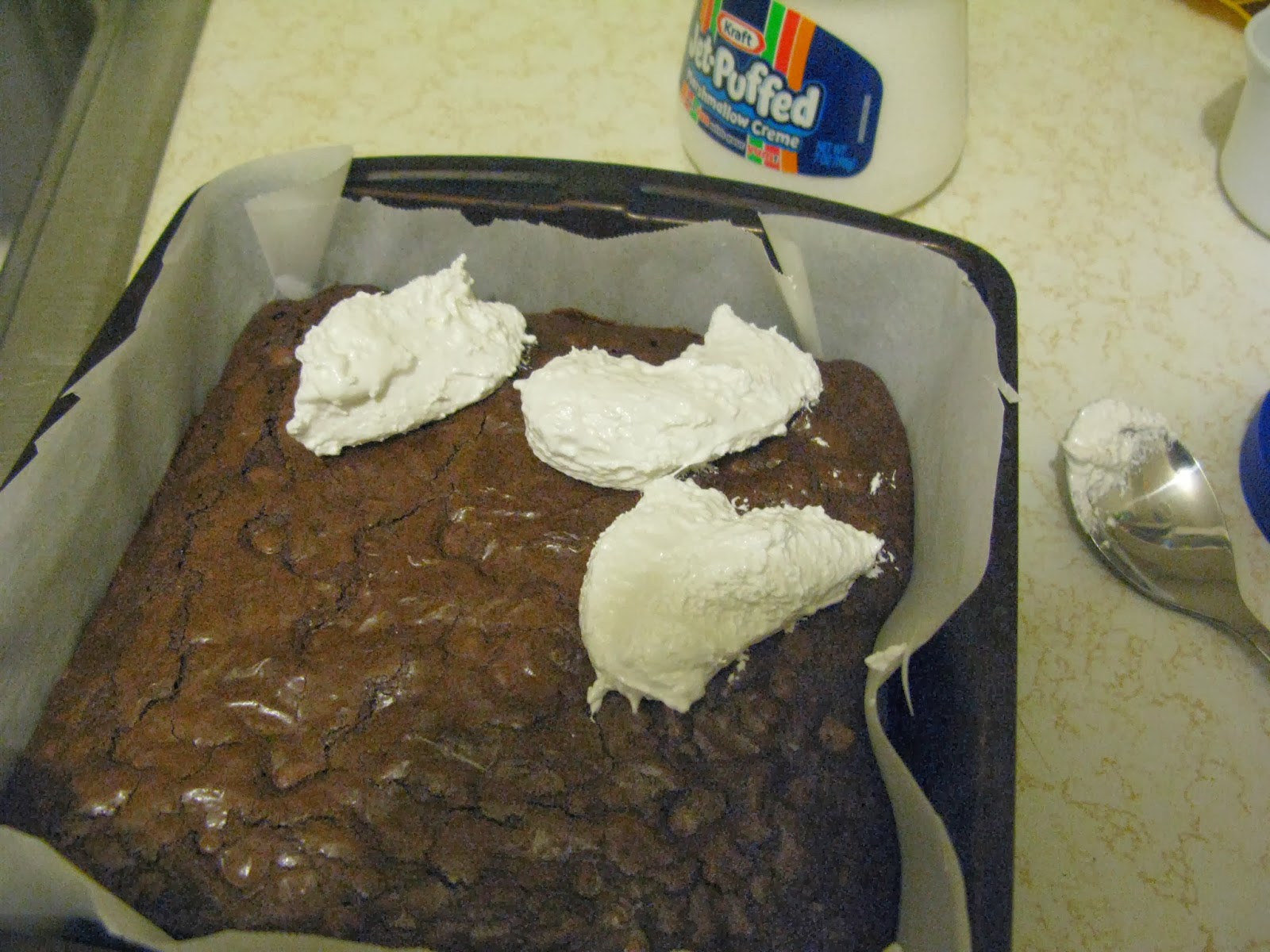 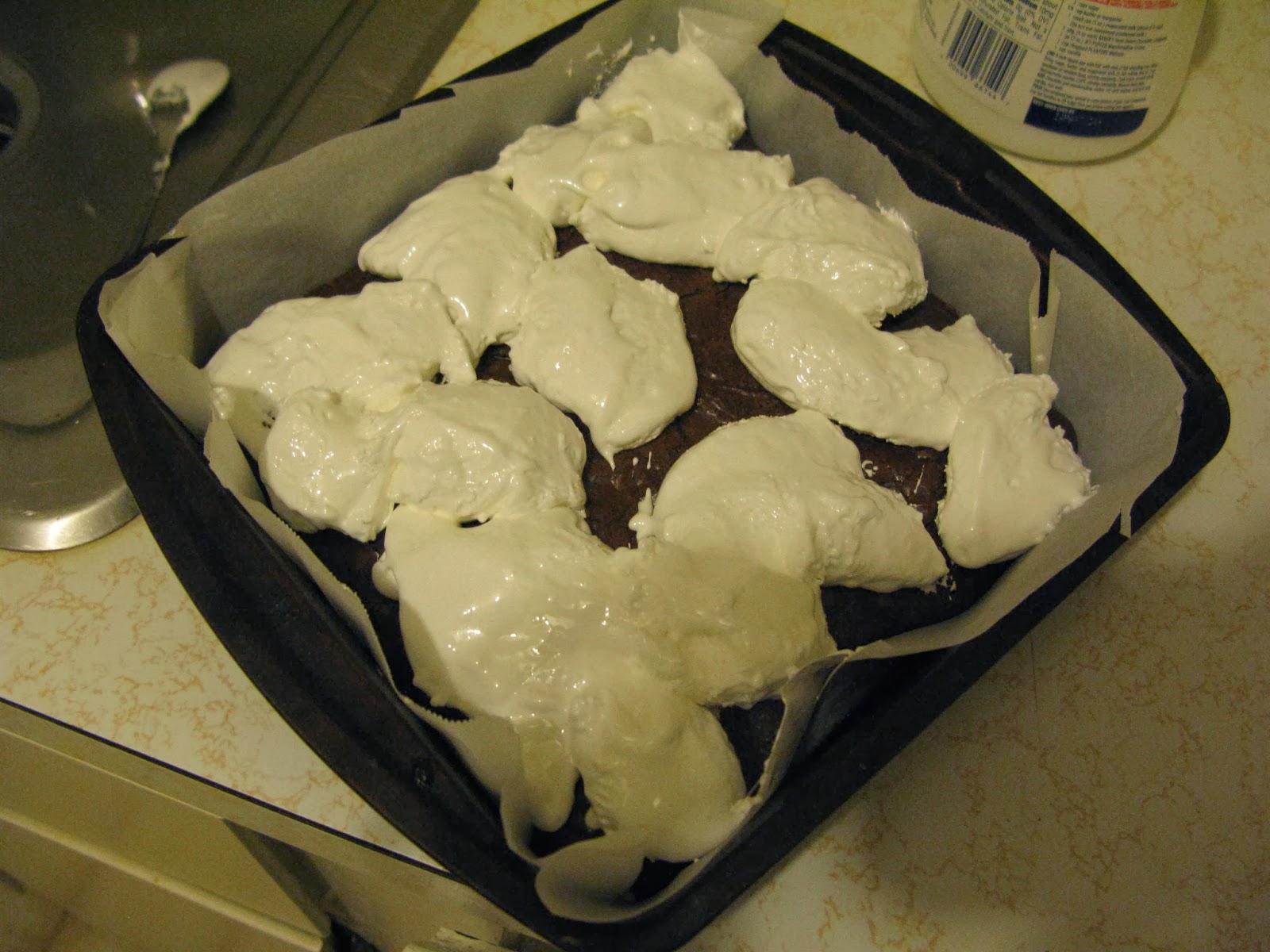 I sprinkled the peanuts on top of the marshmallow cream. 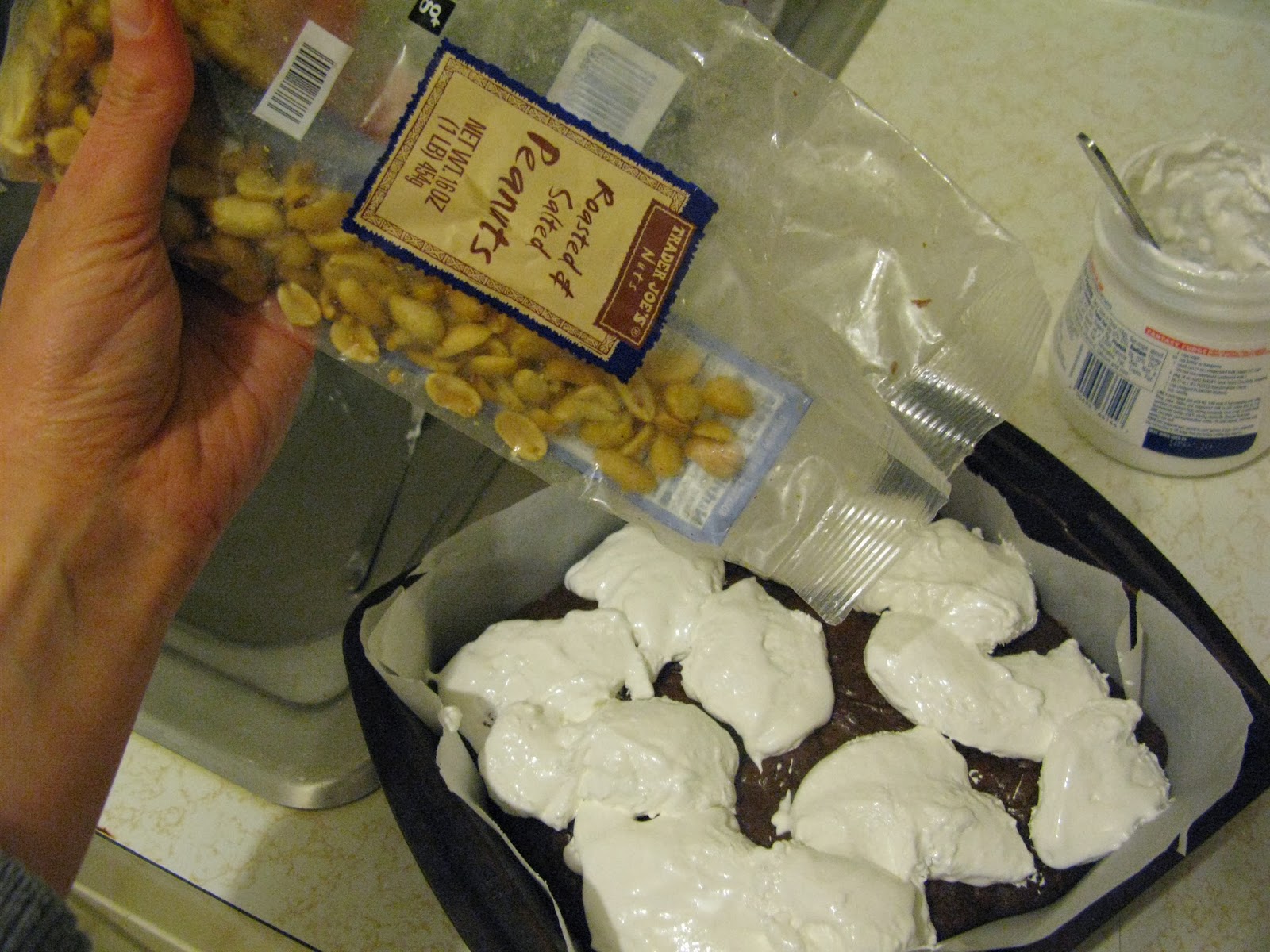 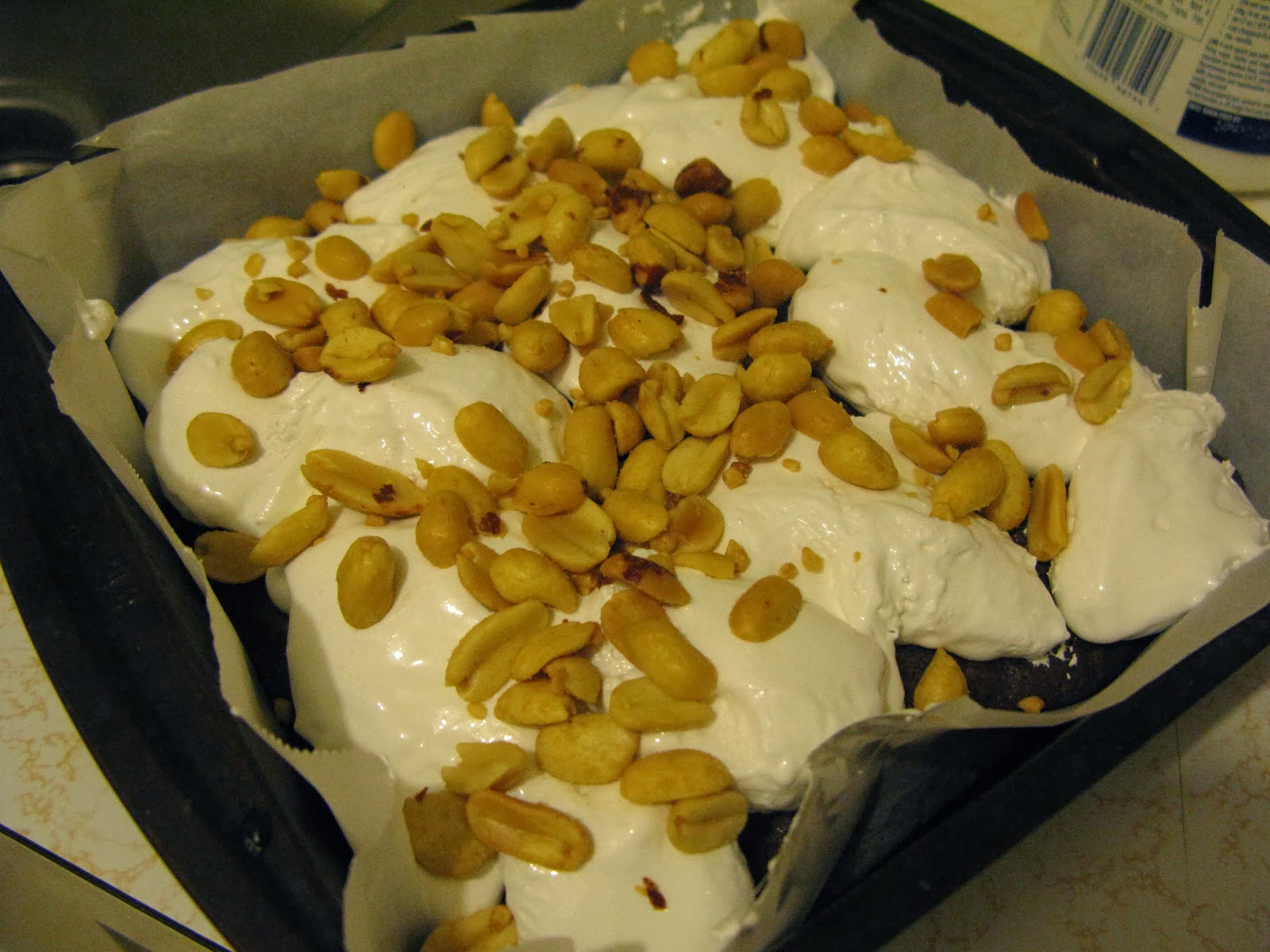 Once the fudge layer was melted, I scooped it onto the marshmallow layer. 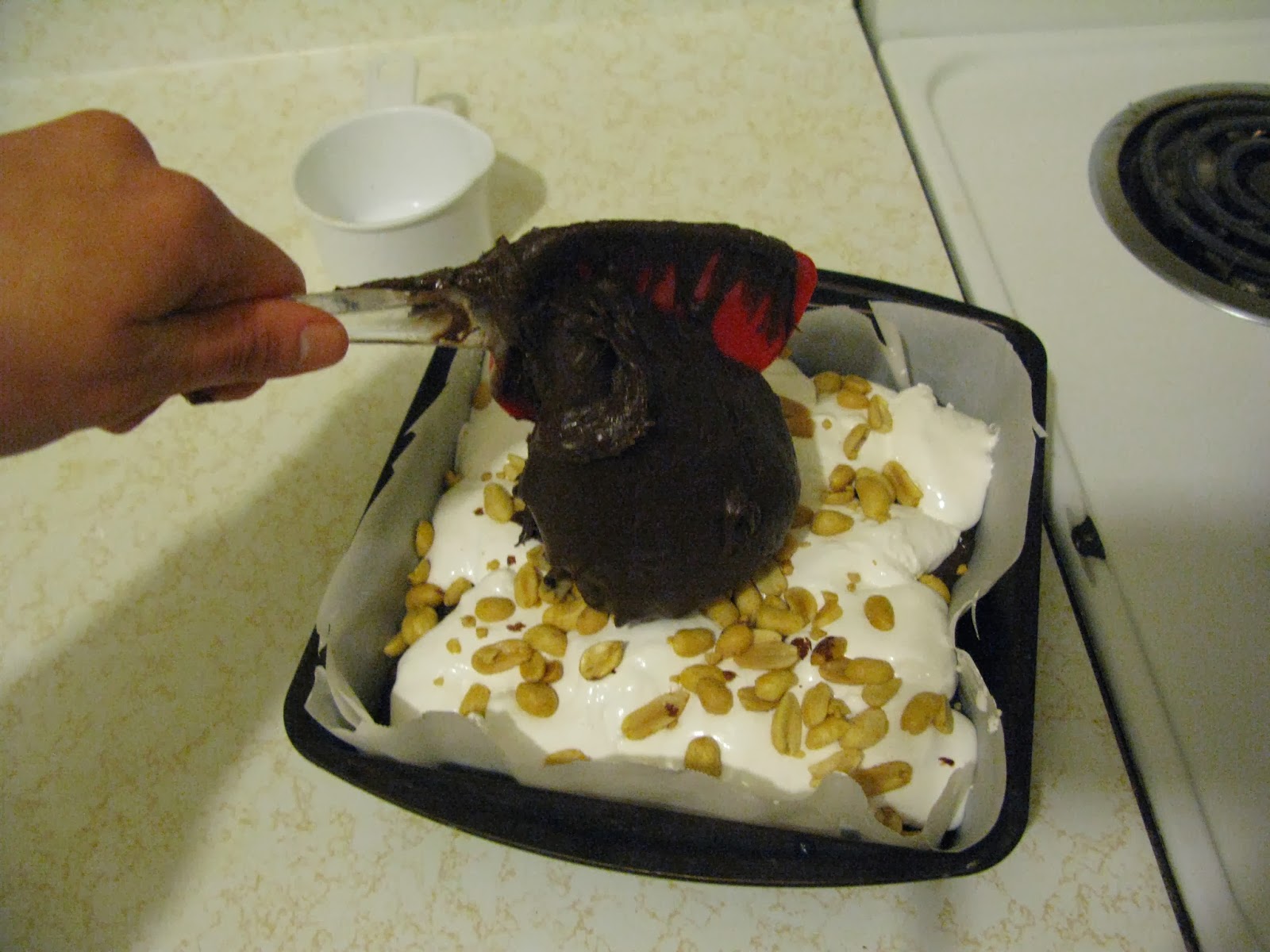 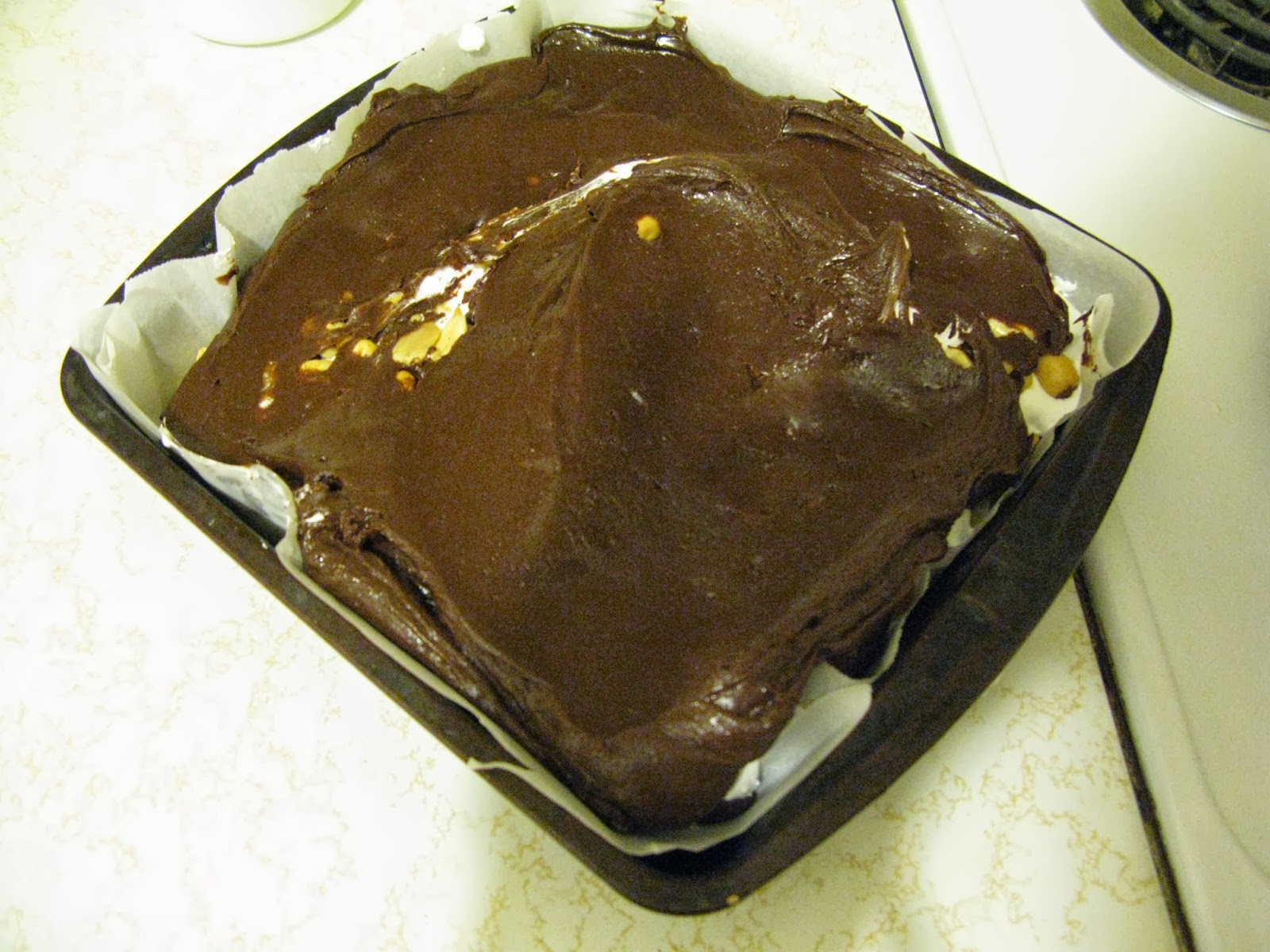 I tried to swirl the fudge and marshmallow layer together, but you couldn't really tell in the end. 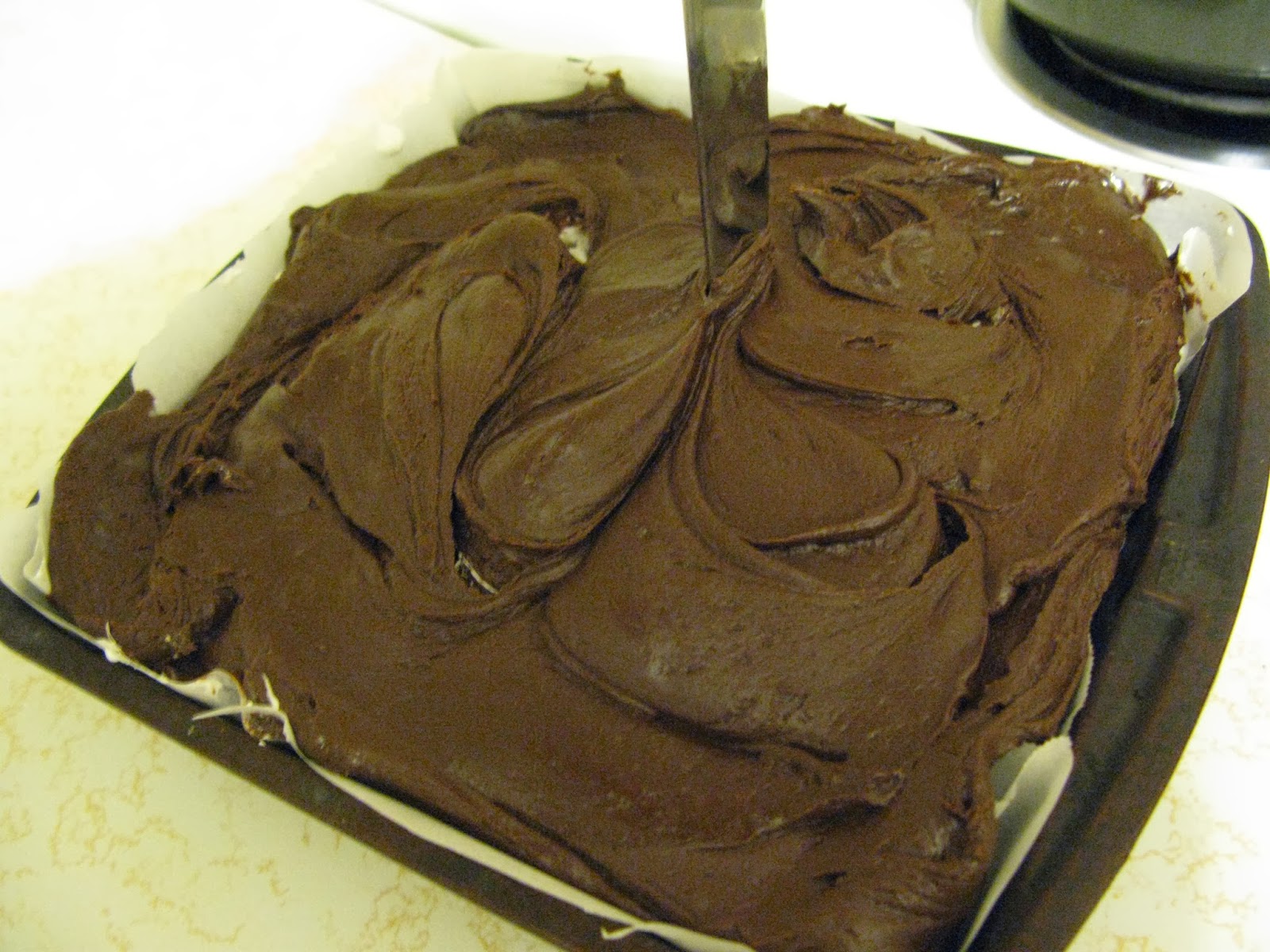 I smoothed out the fudge and let it cool before cutting into squares. 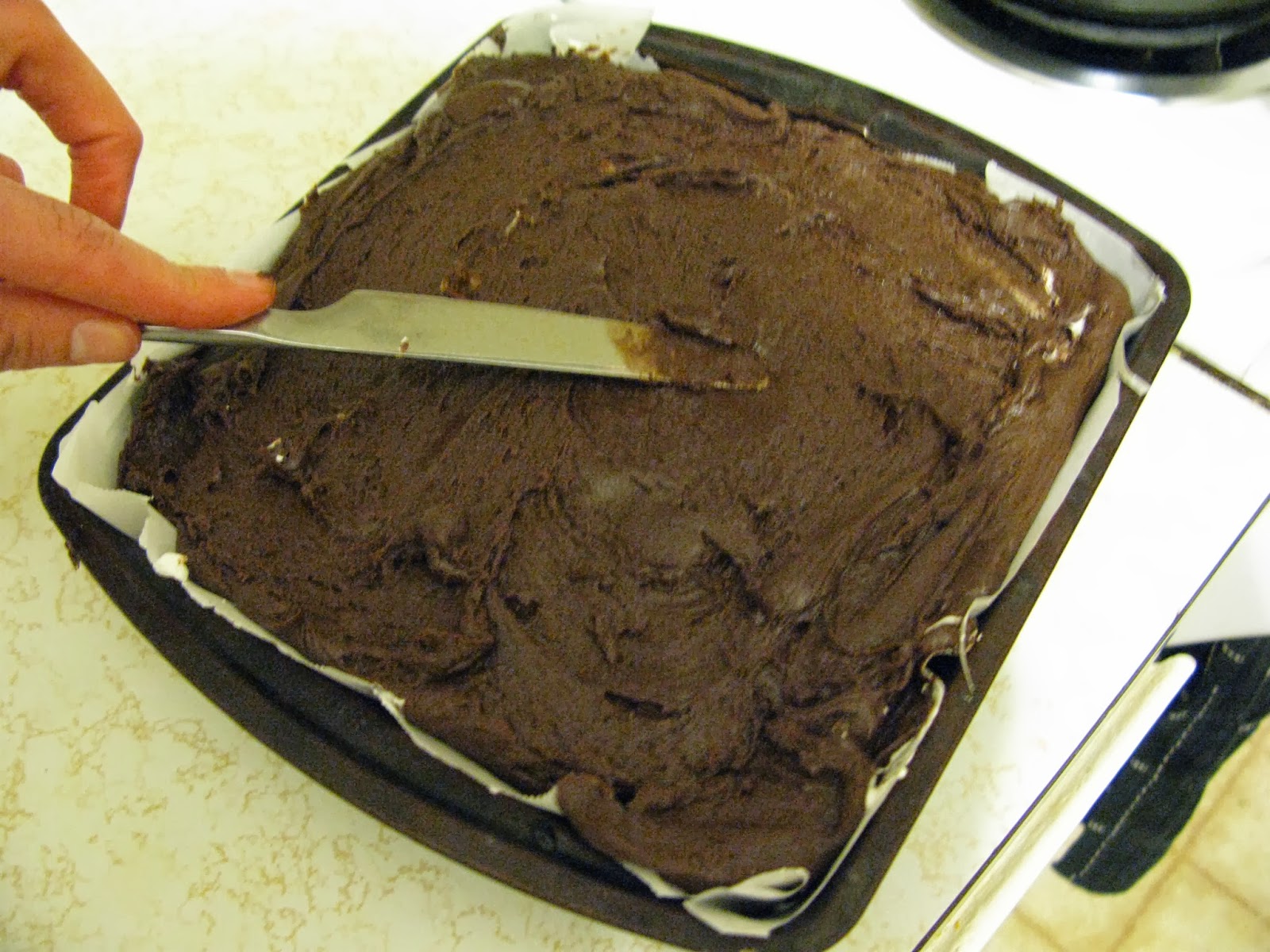 These were a messy, chocolaty delight.  If you are looking for a decadent, rich dessert, this is your kind of bar. 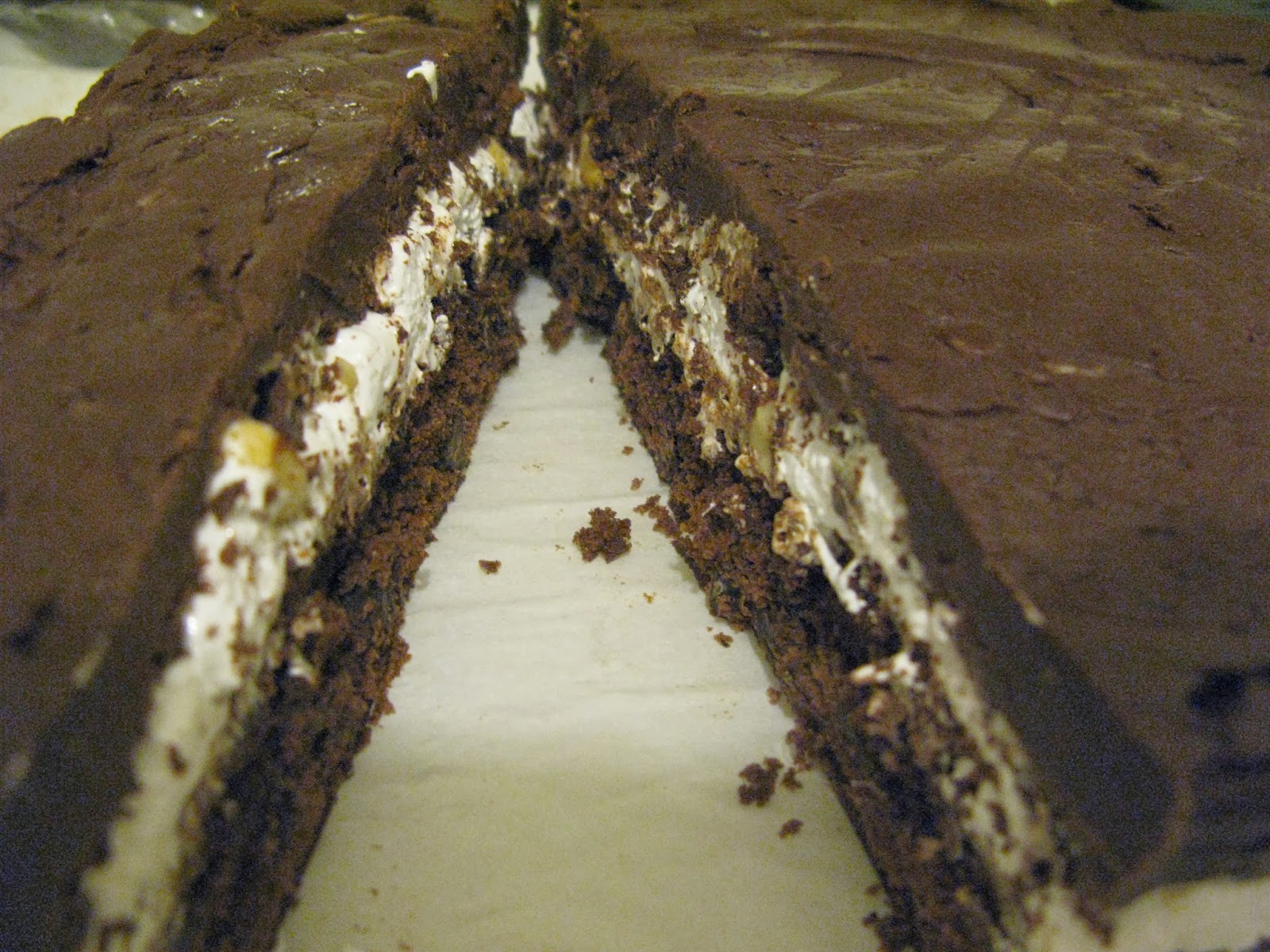 I really enjoyed the squishy marshmallow layer. The crunch, salty peanuts provided a welcome texture, and the brownie and fudge layers were rich and satisfying.  I'll definitely make these again! 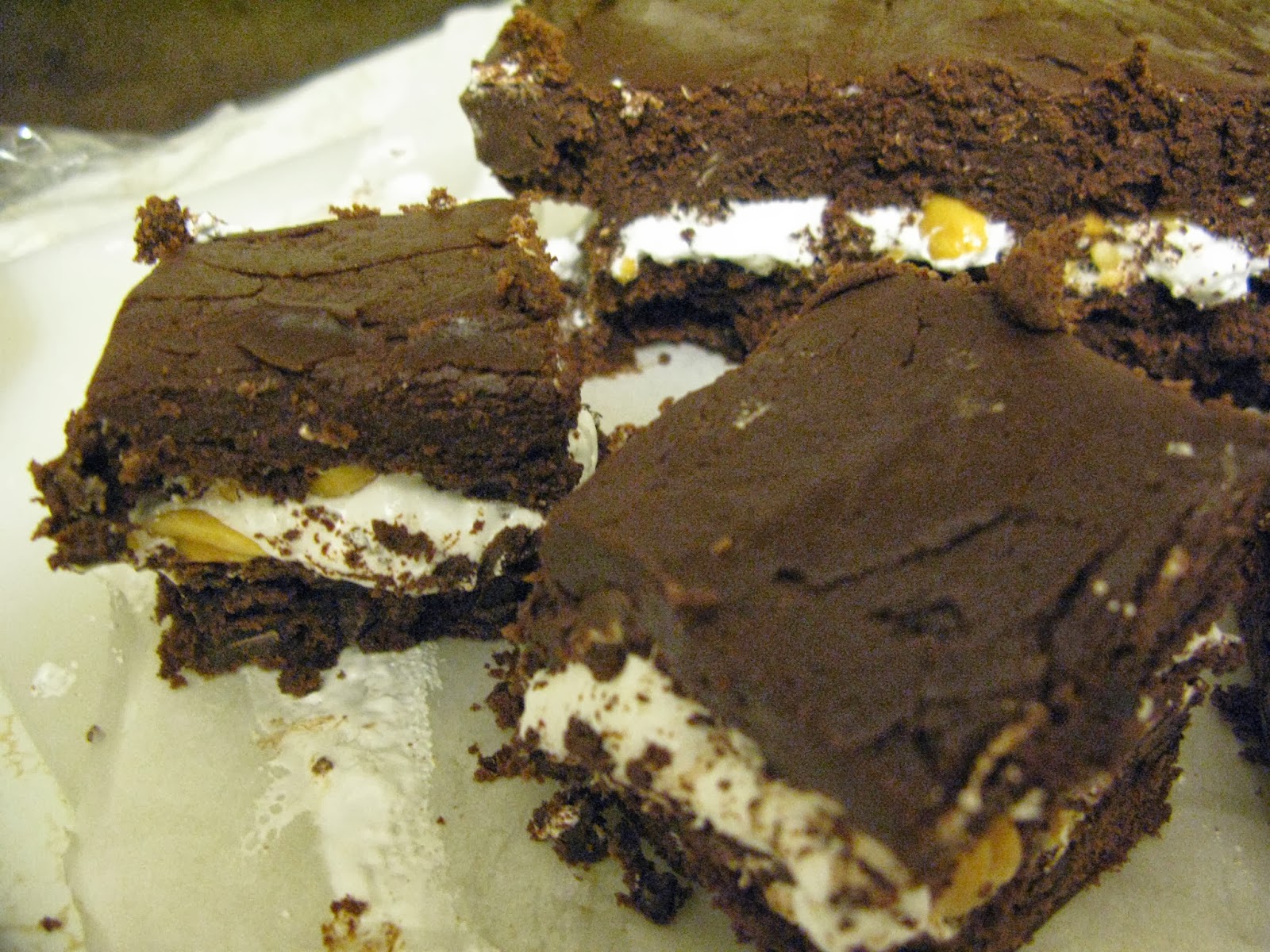