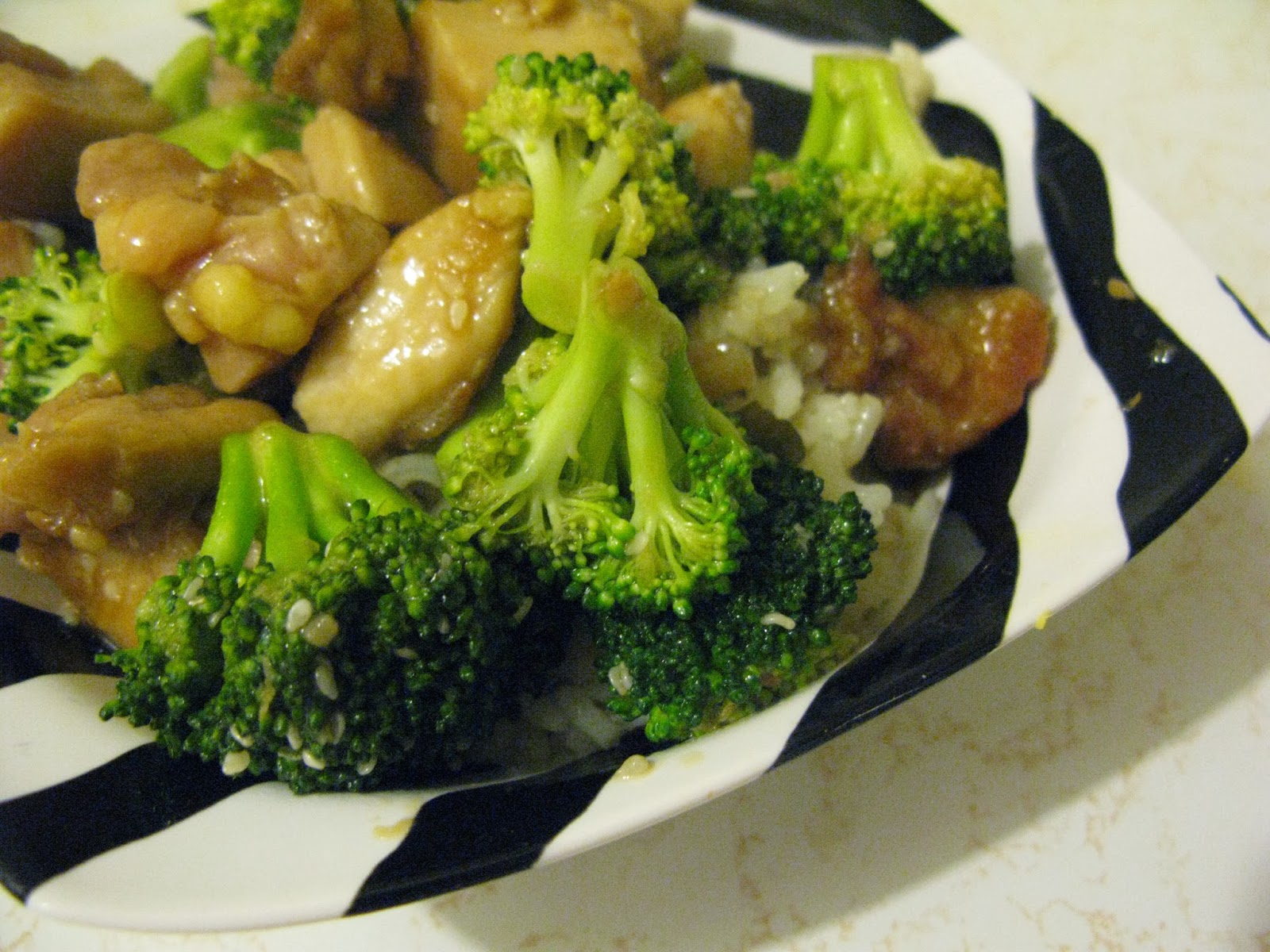 It's a snow day!  Yesterday I felt like I was in elementary school; I was anxiously waiting and hoping for snowfall.  I can't sleep in because I automatically wake up, but I am still wearing my pajamas.  I don't anticipate changing into real cloths all day.  It's a beautiful thing. 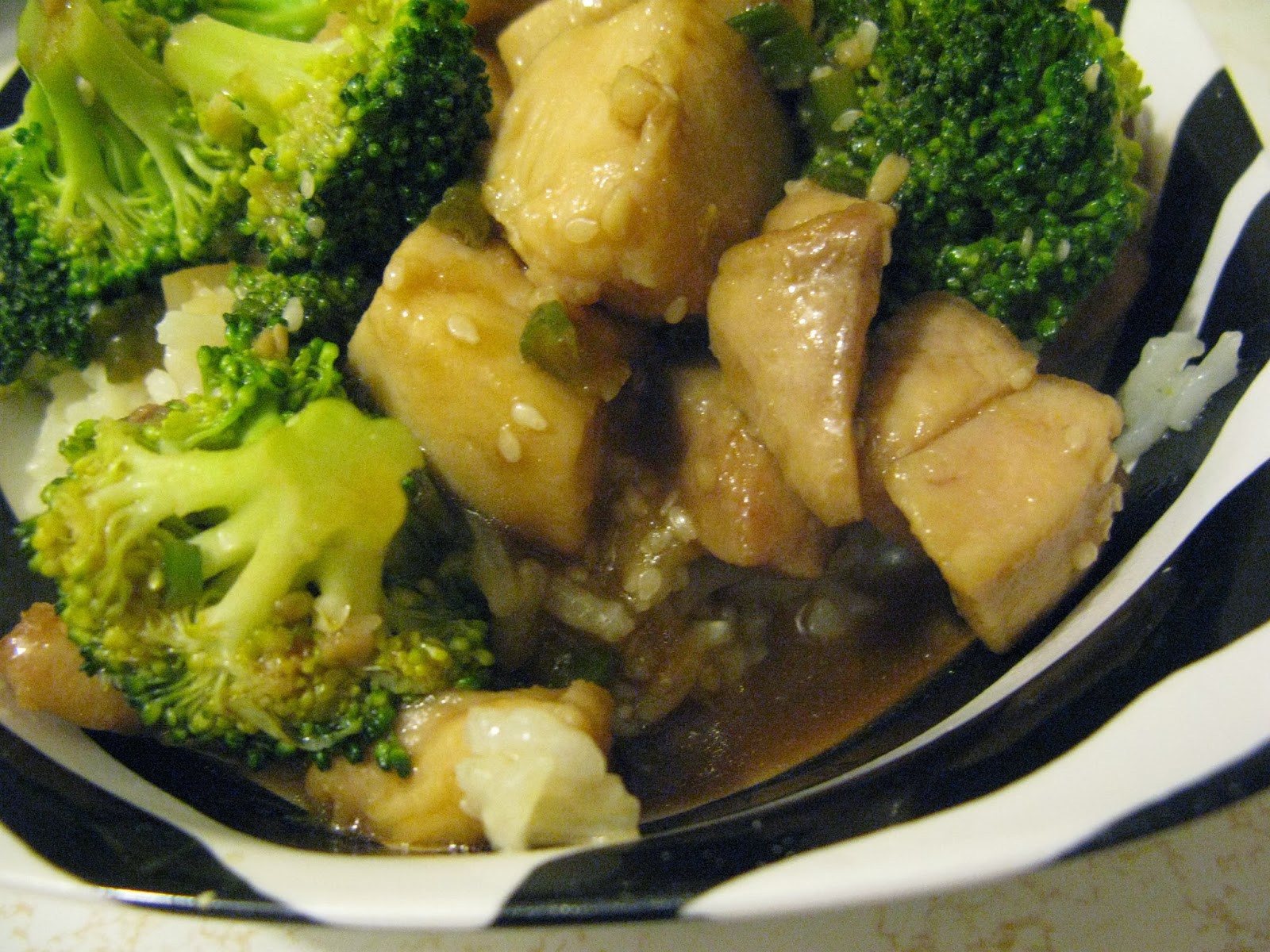 General Tso’s chicken, like fortune cookies, is one of those delightful “Chinese” recipes that didn’t originate in China. It is named after a general during the Qing dynasty, but the dish has no connection to him. On Wikipedia there are several possible stories of the origin of the dish. Two of the stories say it was first served in a New York Chinese restaurant.  Another fascinating fact is at the US Naval Academy dinning hall the dish is called Admiral Tso’s Chicken.  I didn’t make that up!  I read it on Wikipedia. 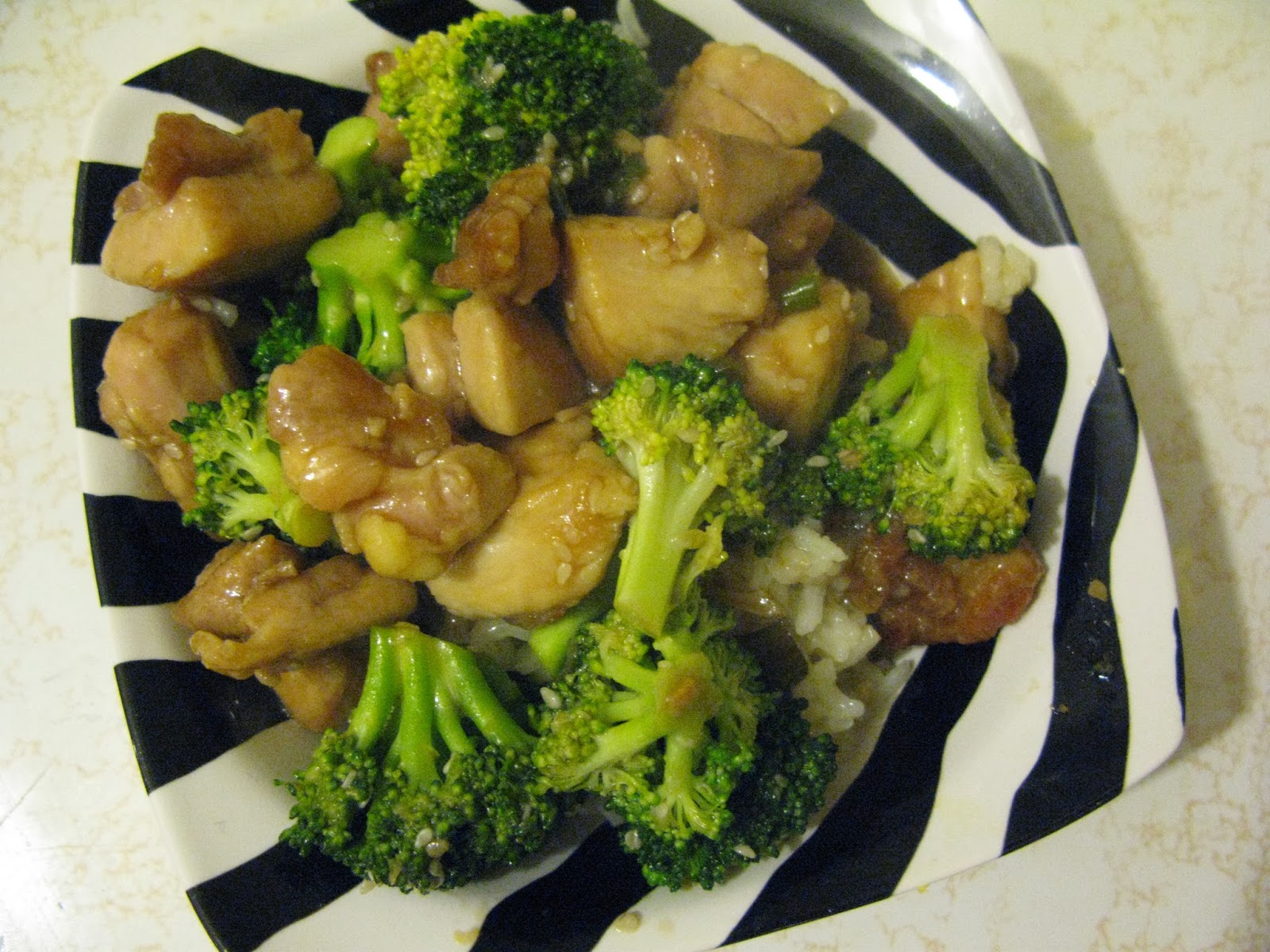 The recipe came from a blog called Steamy Kitchen. I made it as directed. I assumed that the garlic chile sauce called for is the same as siracha sauce.

I began by making the sauce. I whisked together the soy sauce, rice vinegar, honey, siracha, chicken broth, and one teaspoon of the cornstarch. 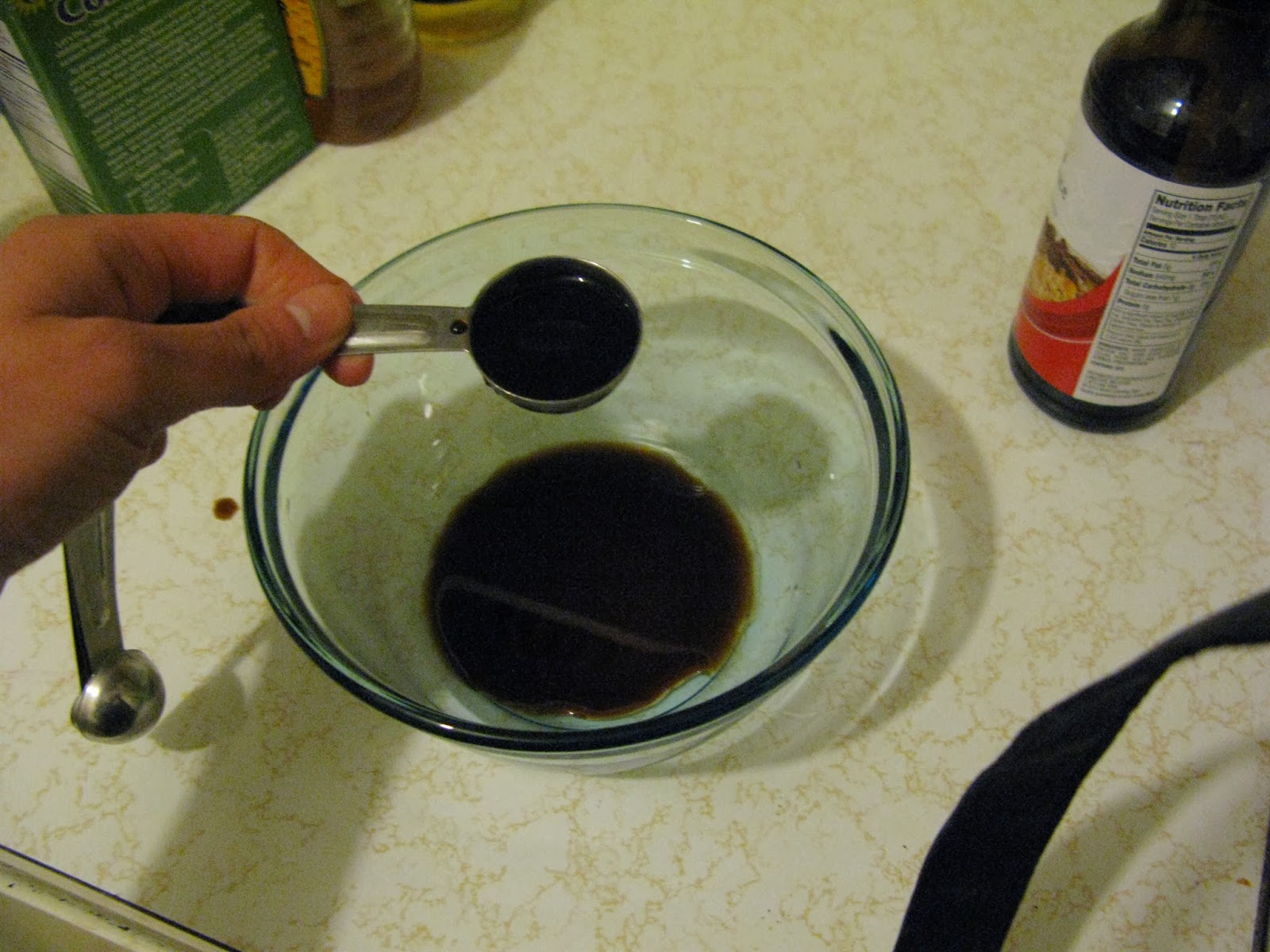 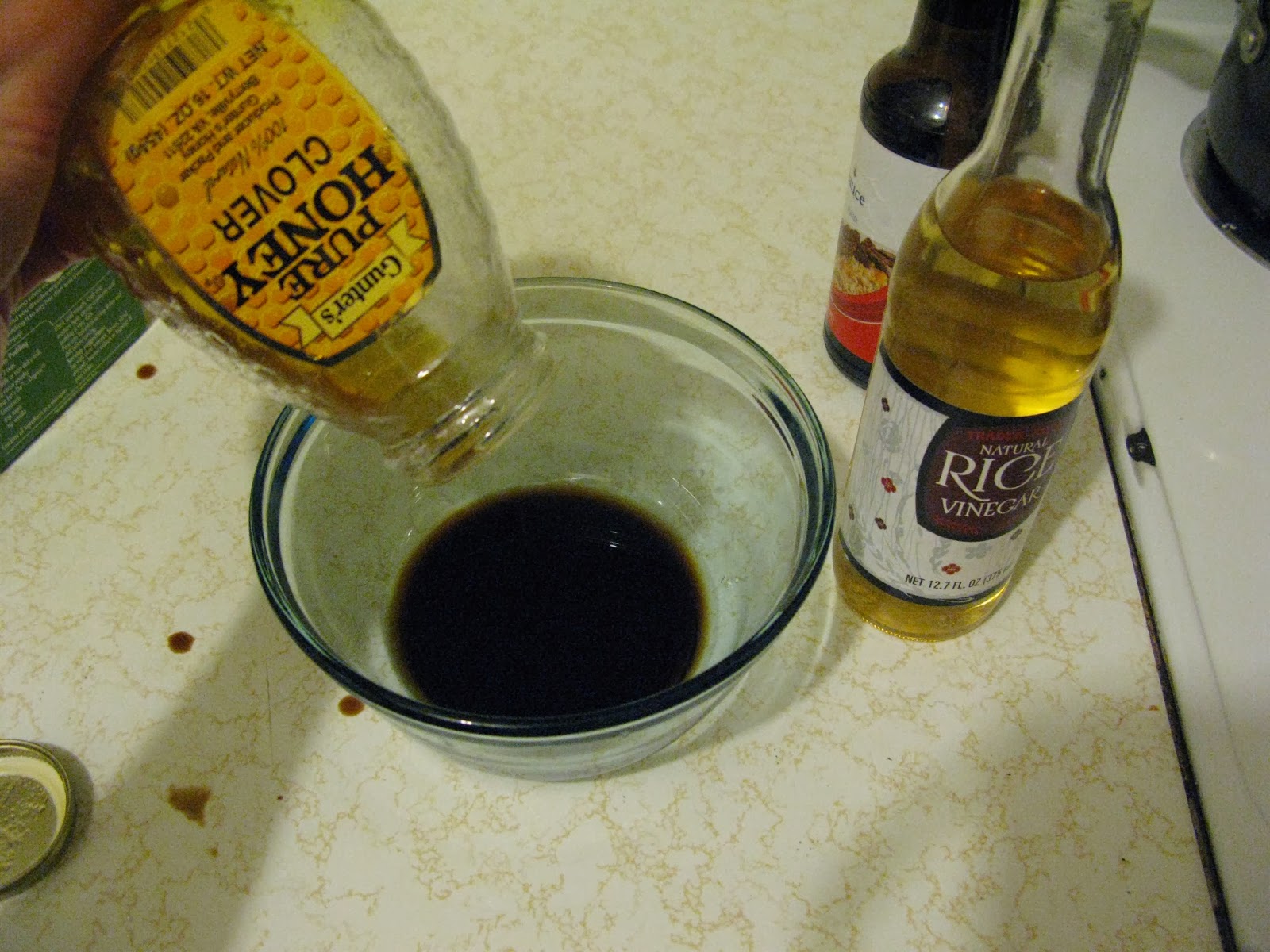 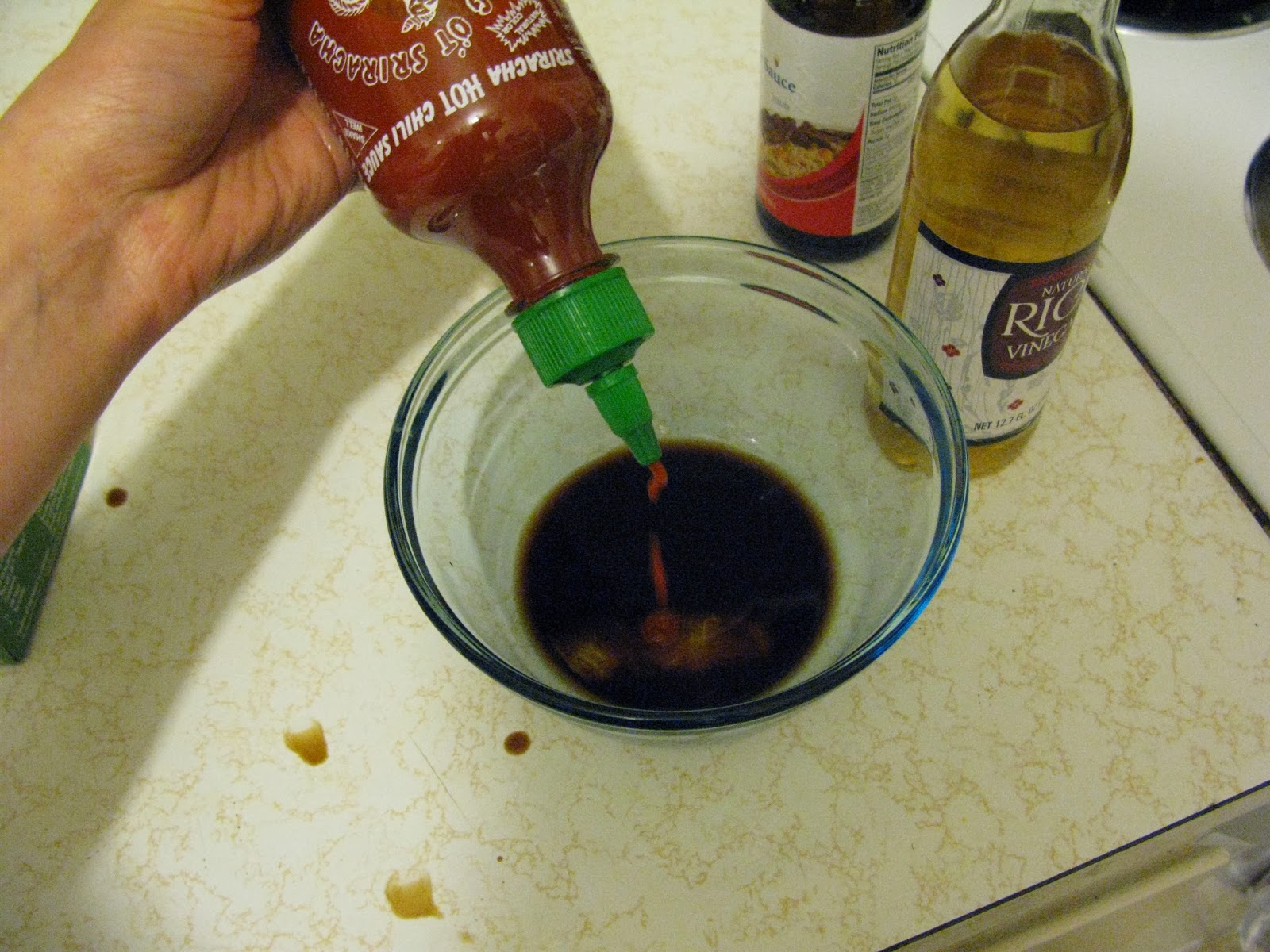 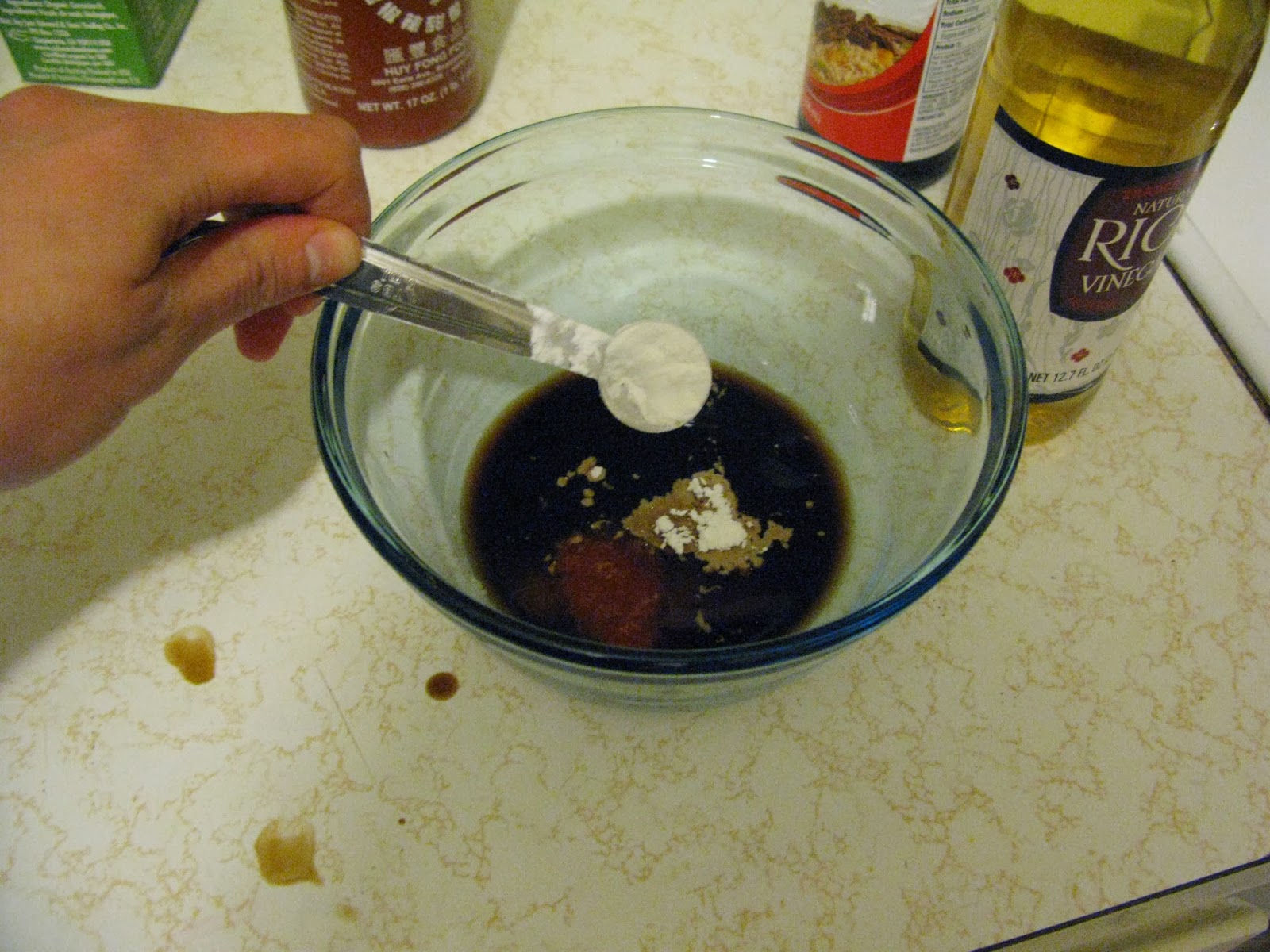 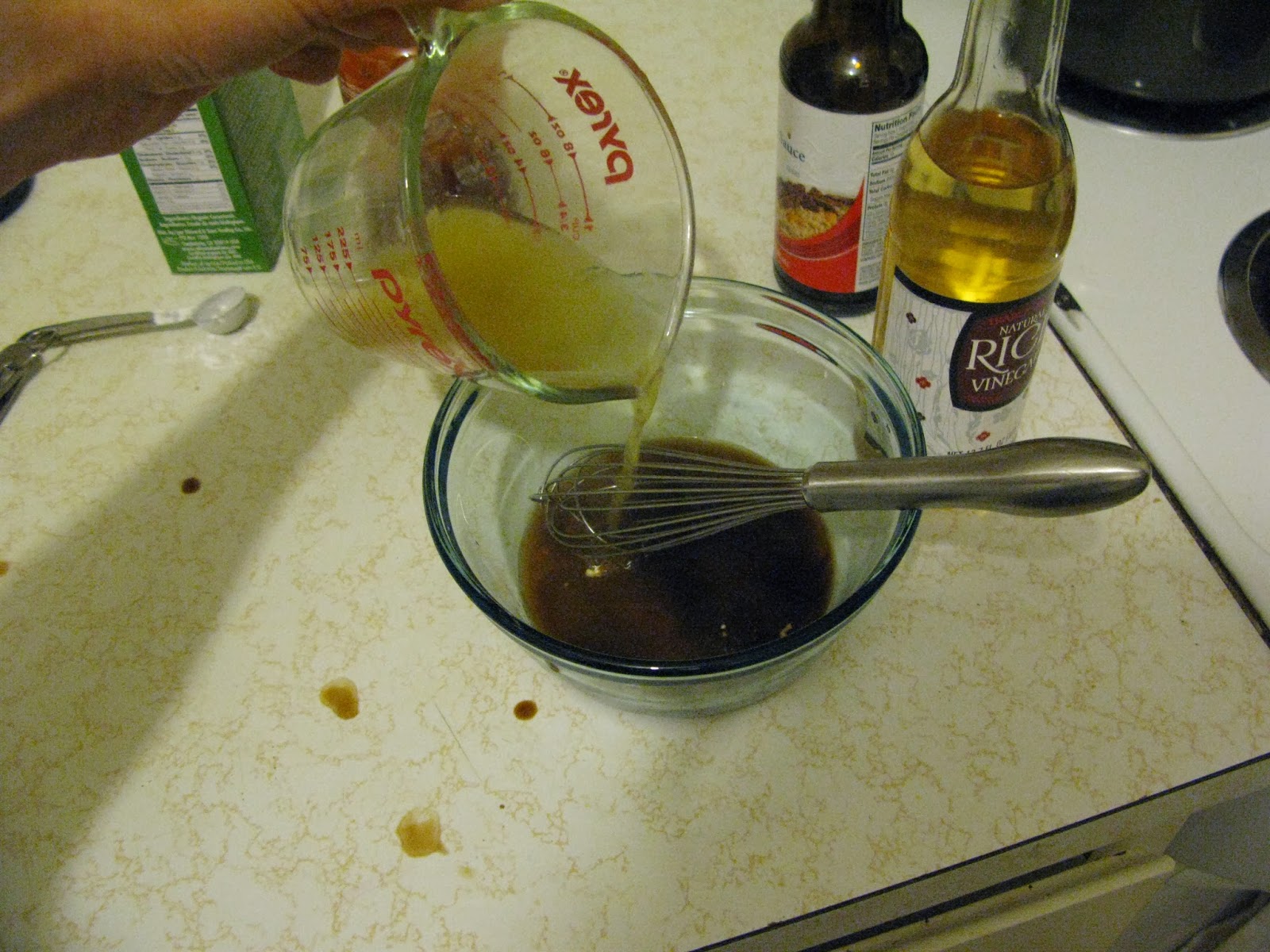 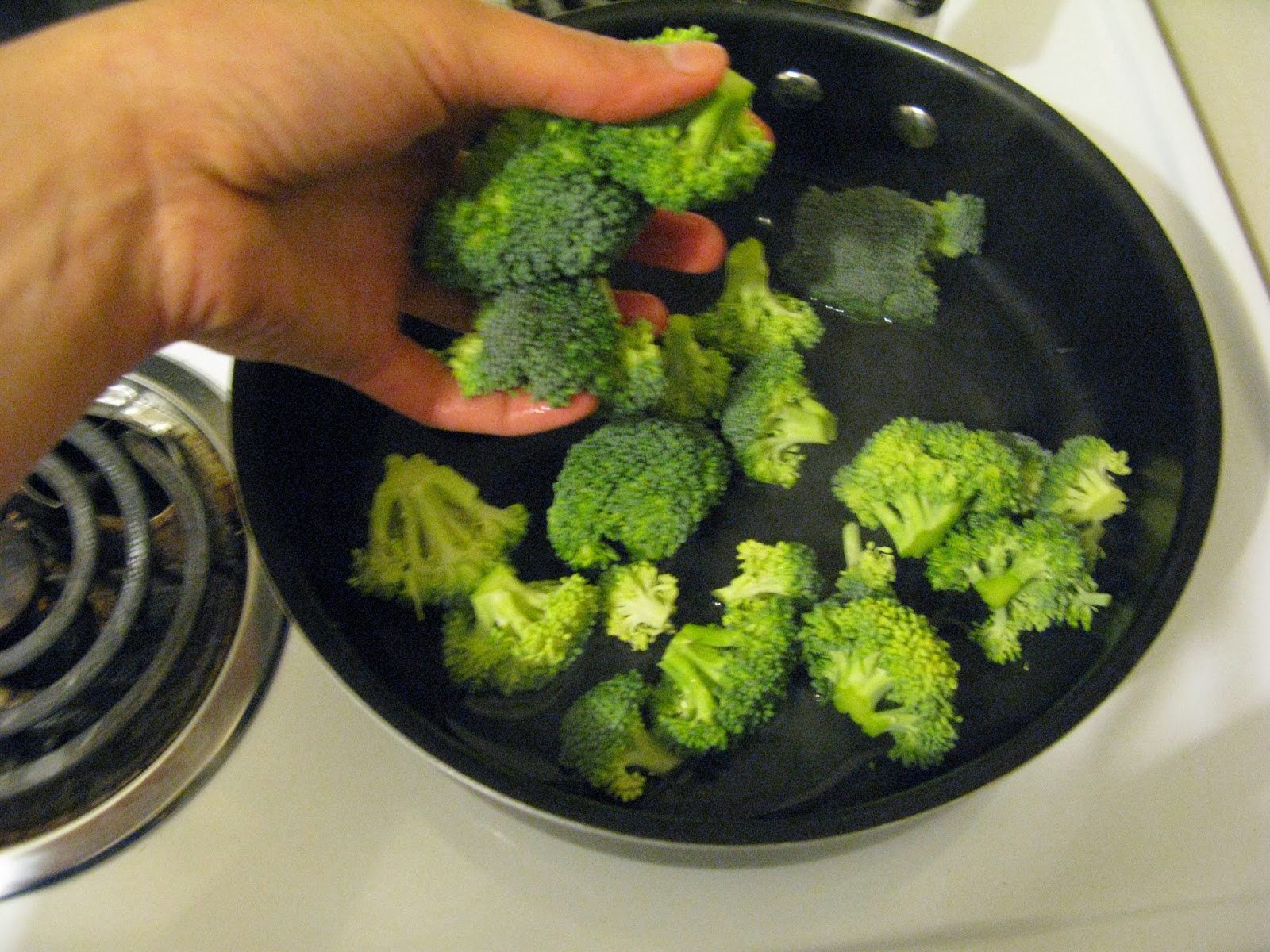 In a bowl I combined the cubed chicken, two teaspoons of cornstarch, and salt. 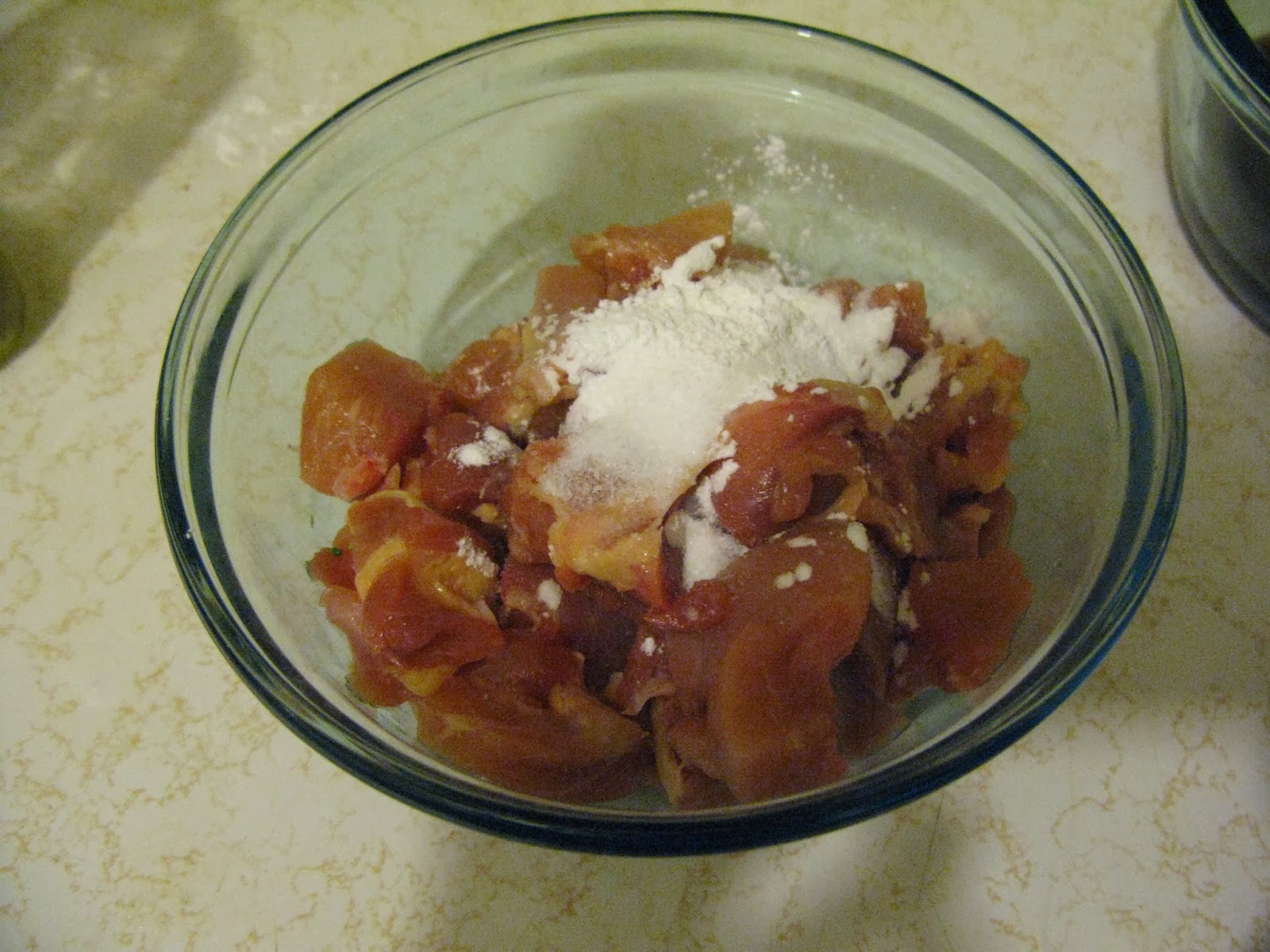 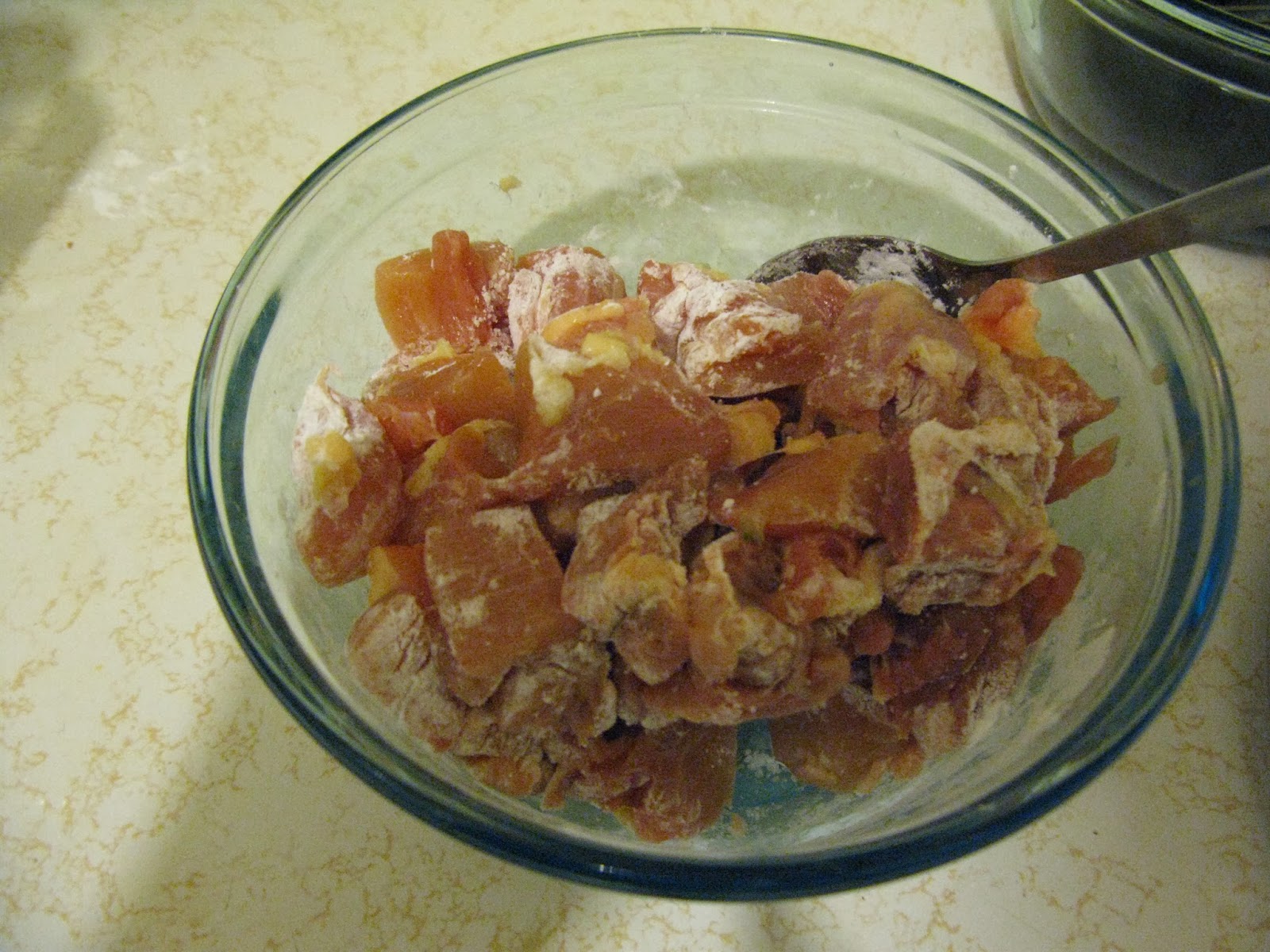 I dried the pan and put it on high heat.  Once hot, I added the oil.  I used extra virgin olive oil.  I added half of the chicken in a single layer and browned each side.  I only cooked part of the chicken at a time to allow the chicken sufficient space.  The chicken wasn’t completely cooked through.  I set the chicken aside once brown. 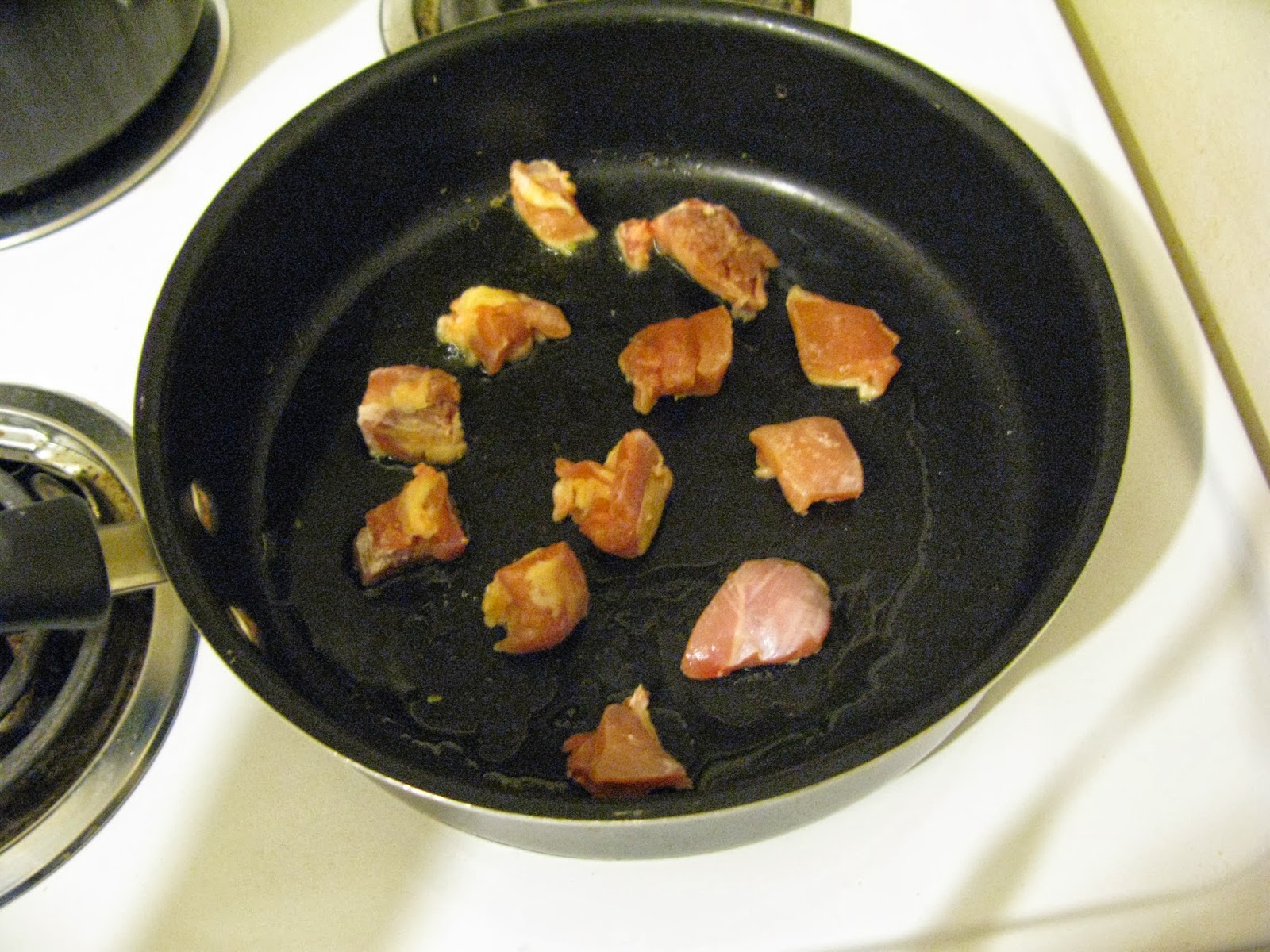 There was still oil in the pan. I lowered the heat and added the garlic, ginger, and green onions. I stir-fried these ingredients for only a minute. It smelled great! 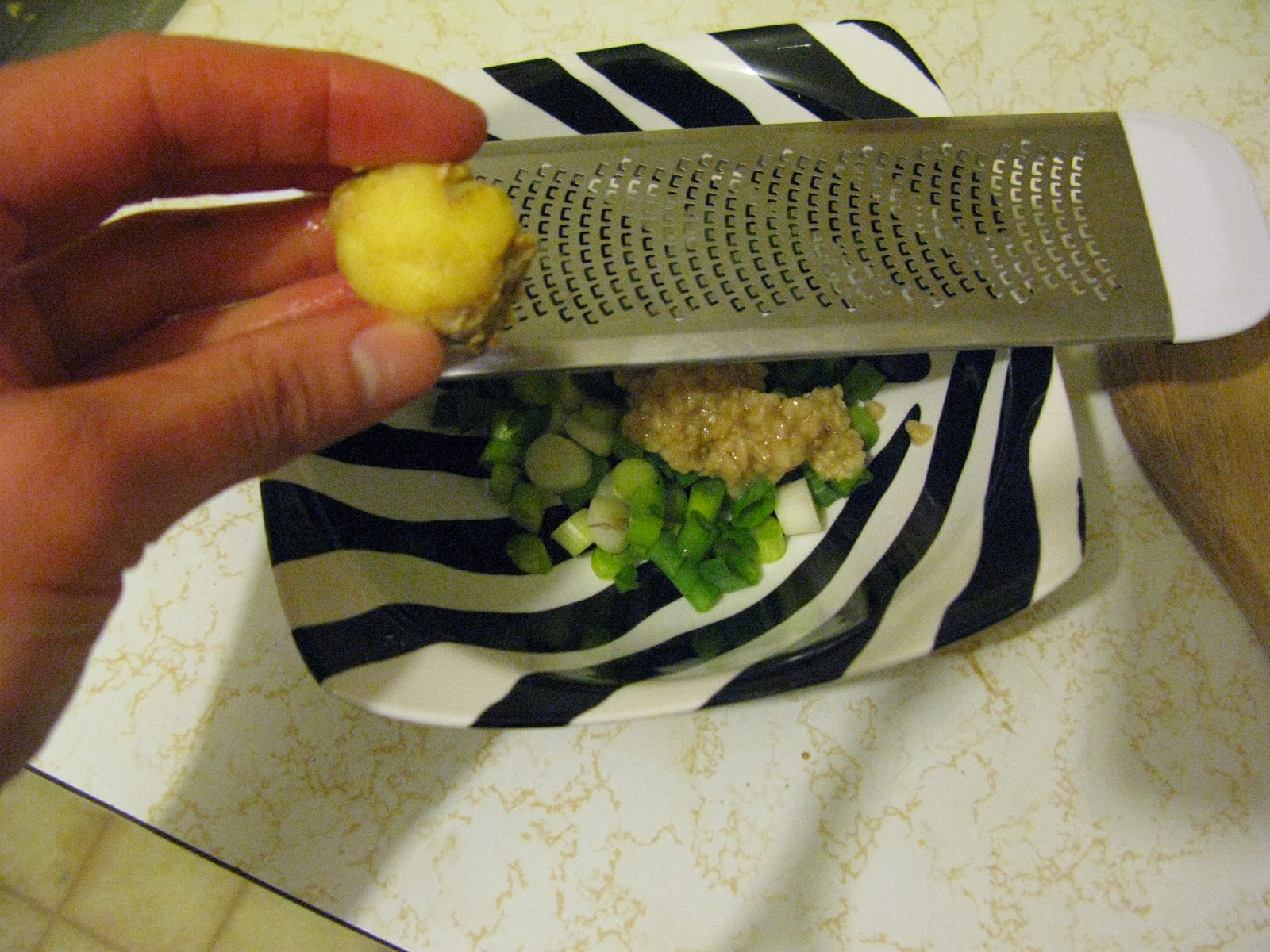 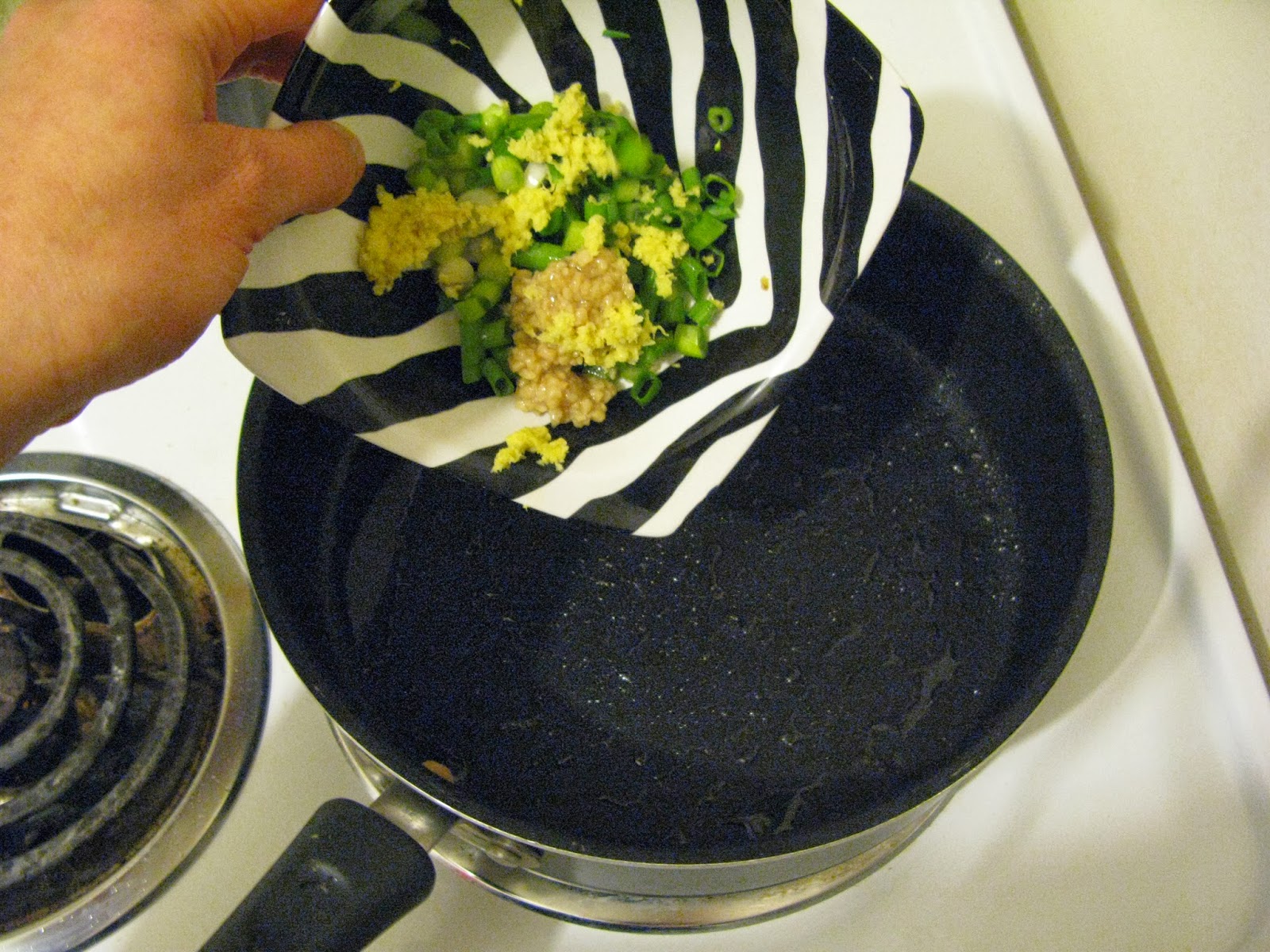 I added the sauce and brought it to a boil. The sauce should thicken. 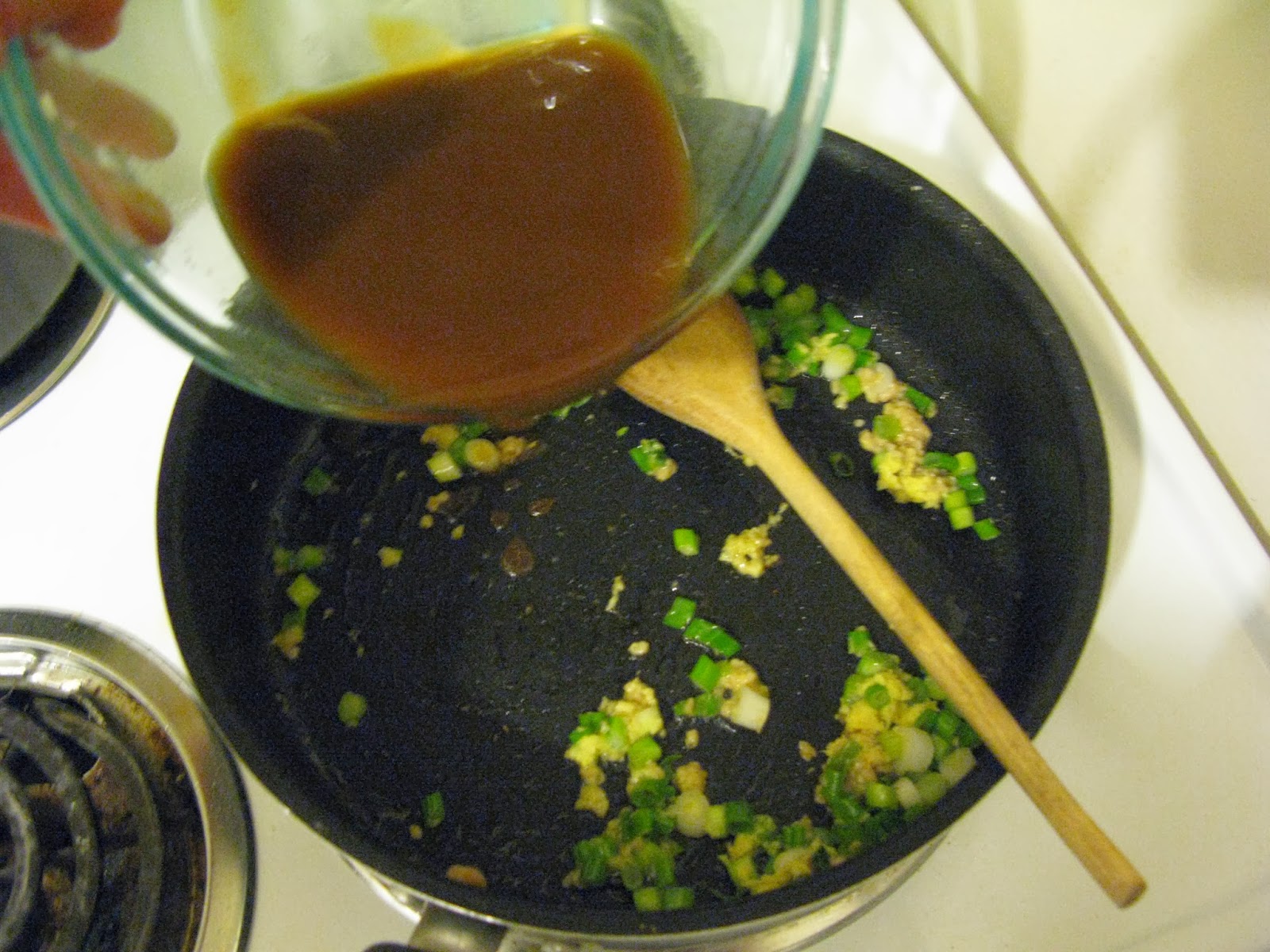 Once boiling, I added the chicken.  I cooked the chicken for a minute or so.  I cooked it a few minutes longer than suggested because I wanted to be sure it was thoroughly cooked. 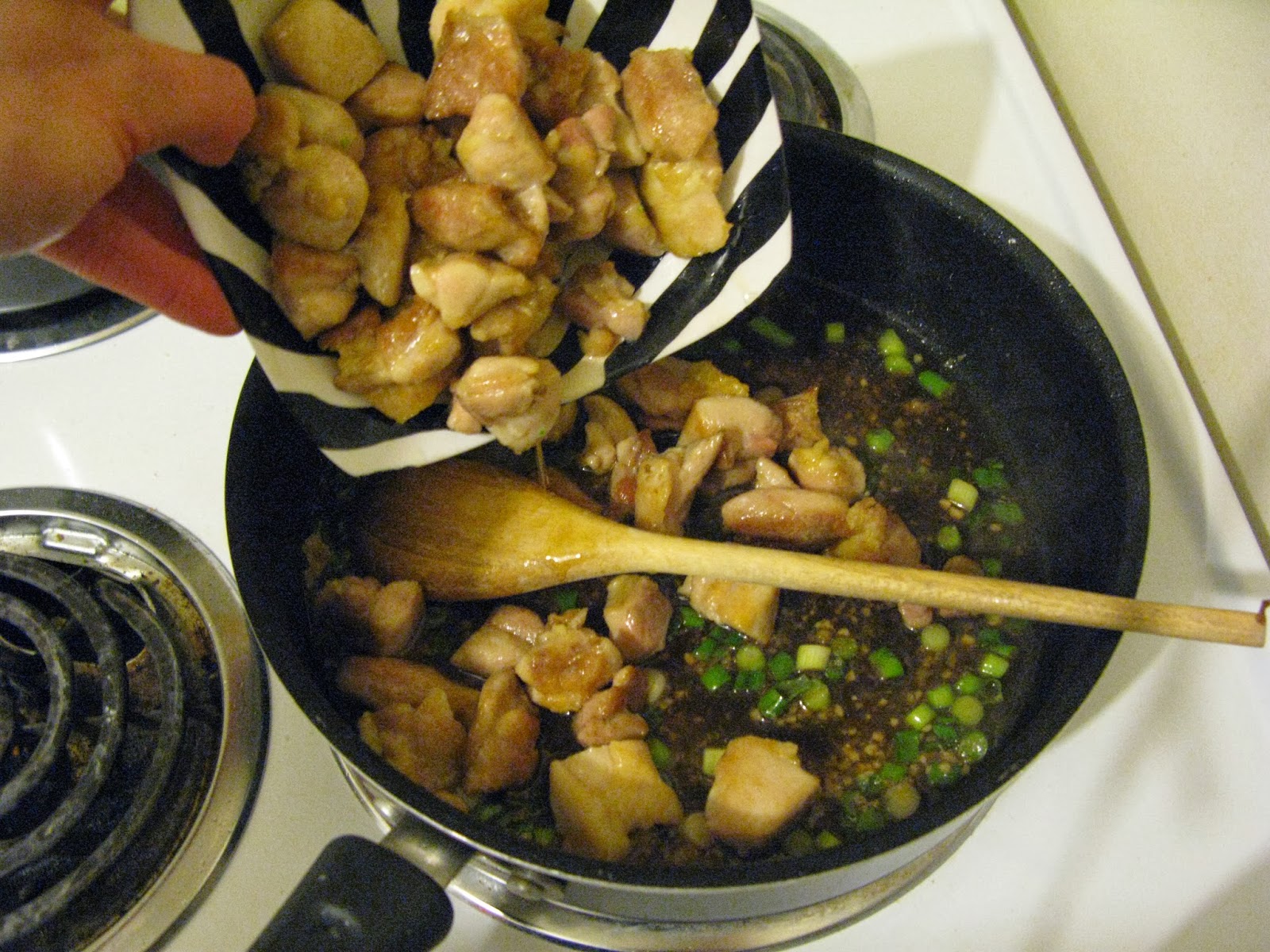 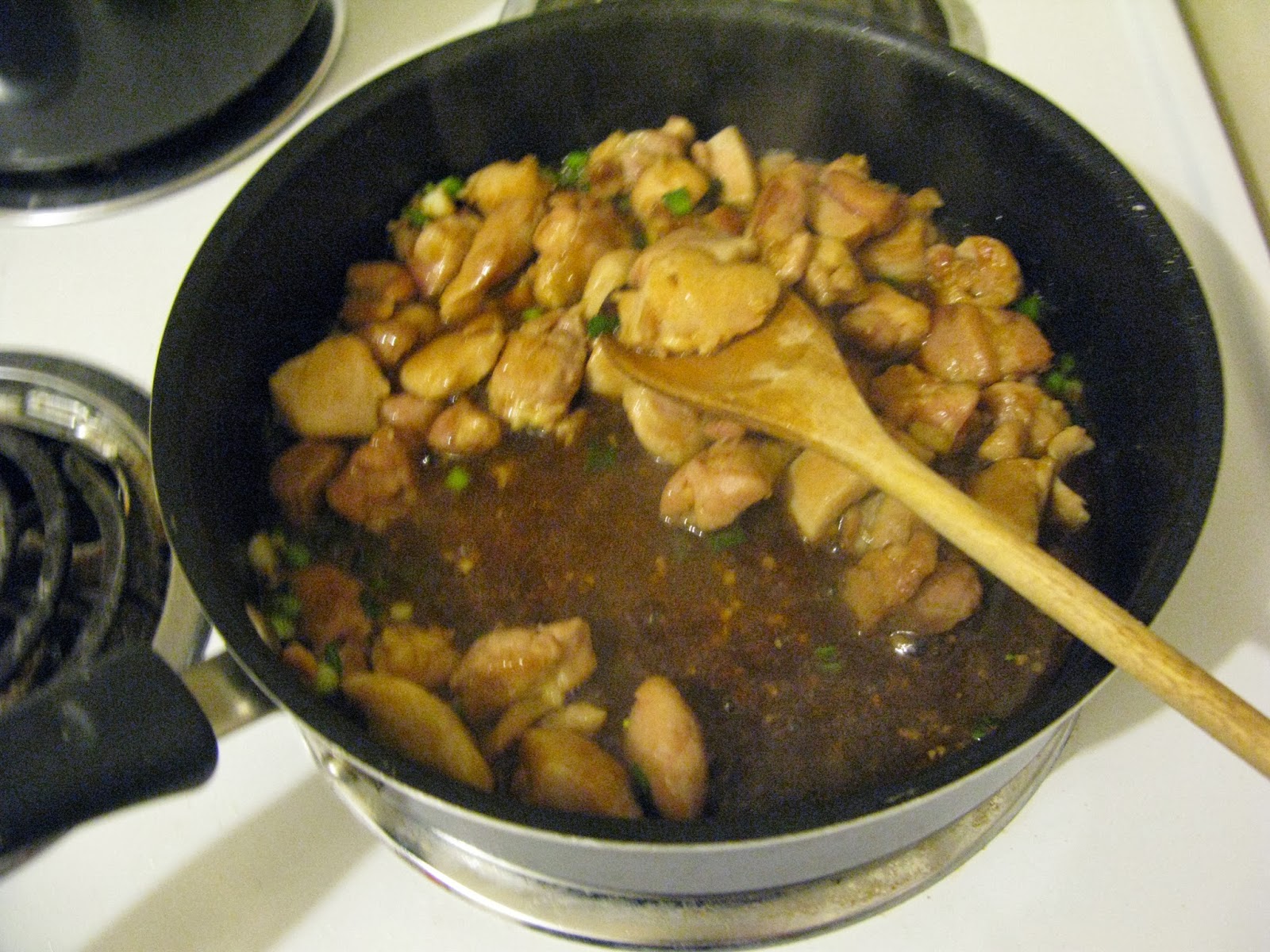 I added the broccoli and cooked for another minute. 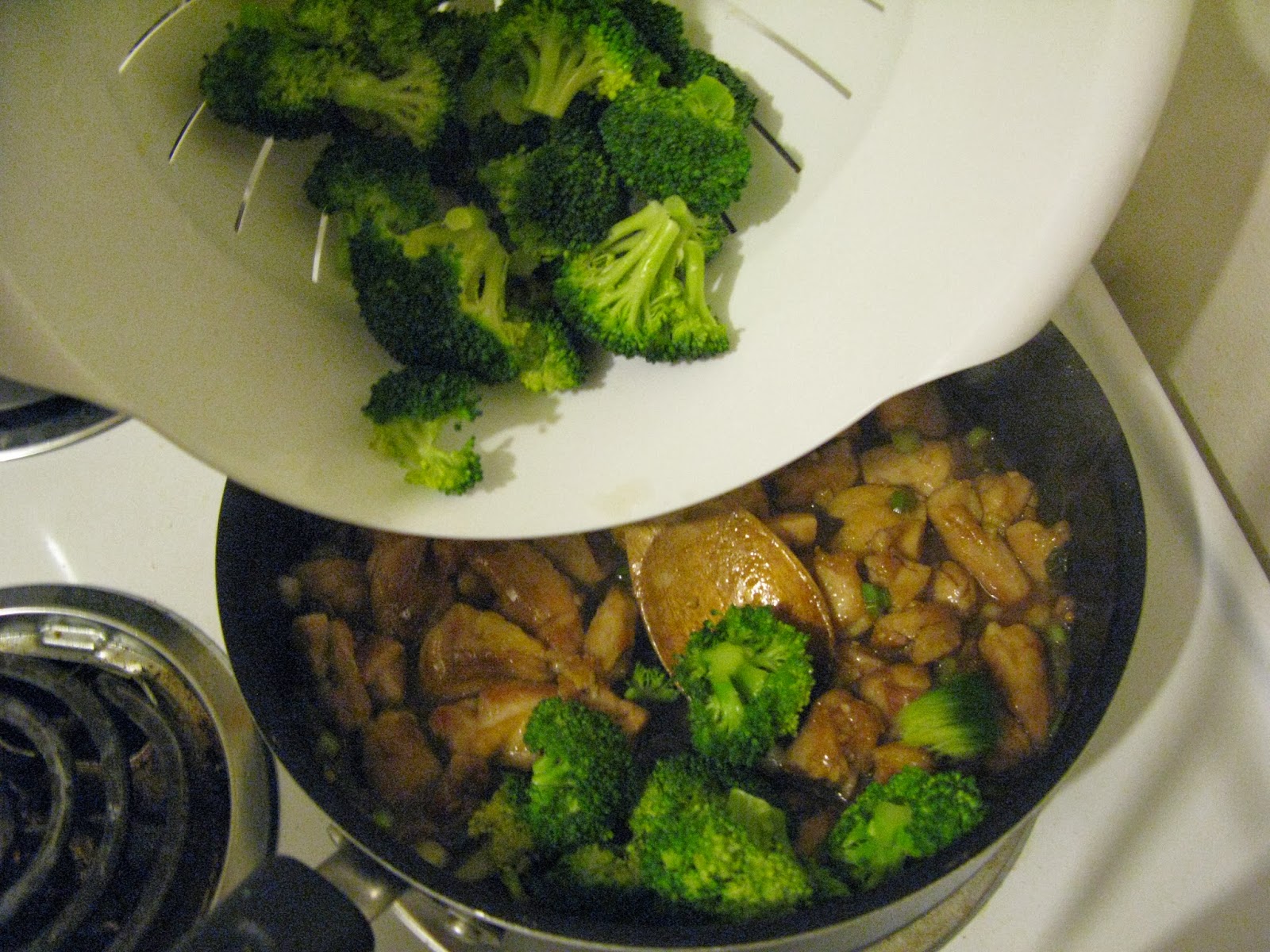 I sprinkled on the sesame seeds. 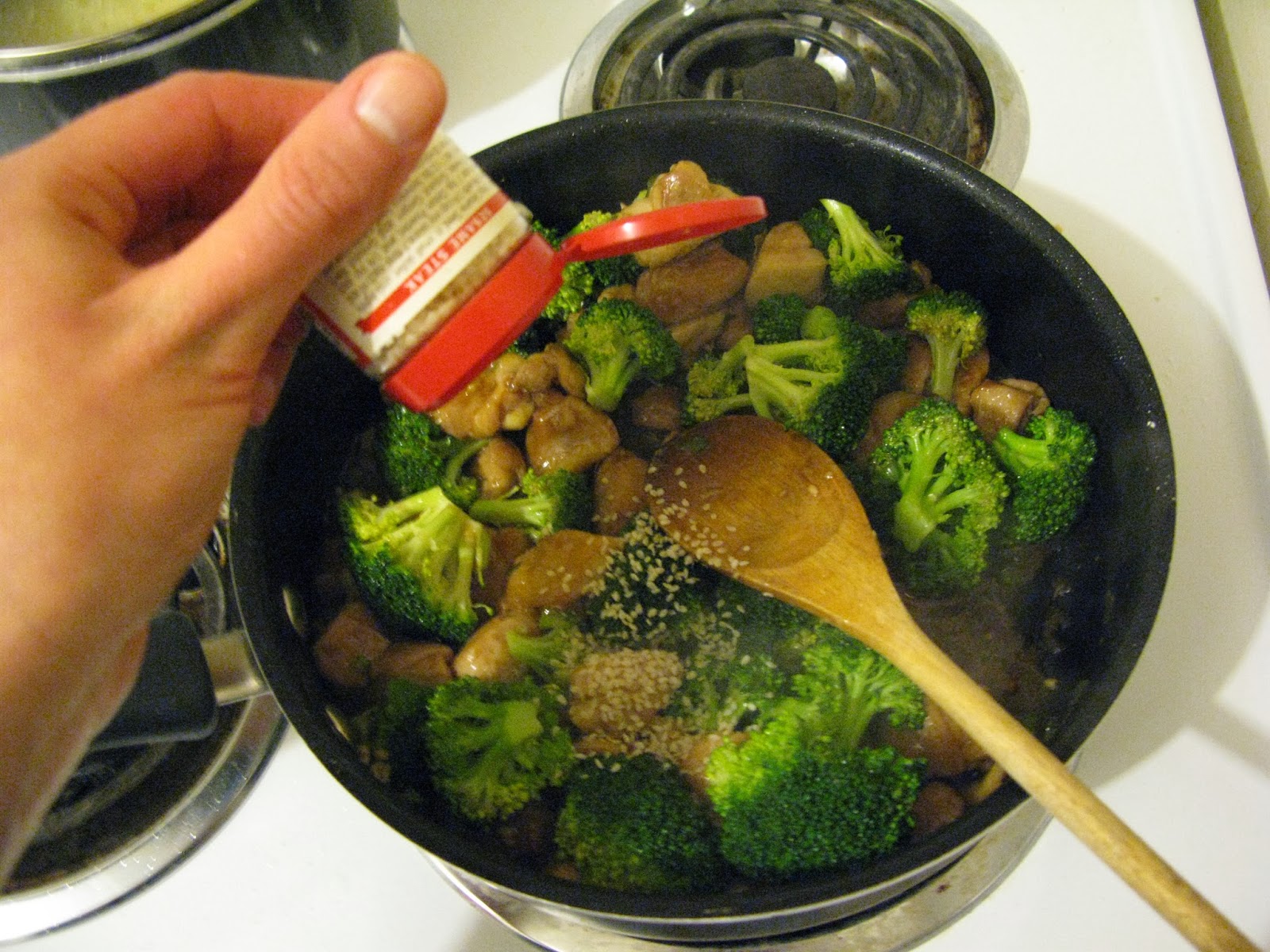 This was fragrant, enticing, and satisfying. The ingredients in the sauce melded together. It had just a hint of a kick from the siracha and ginger. It is also quick to prepare. 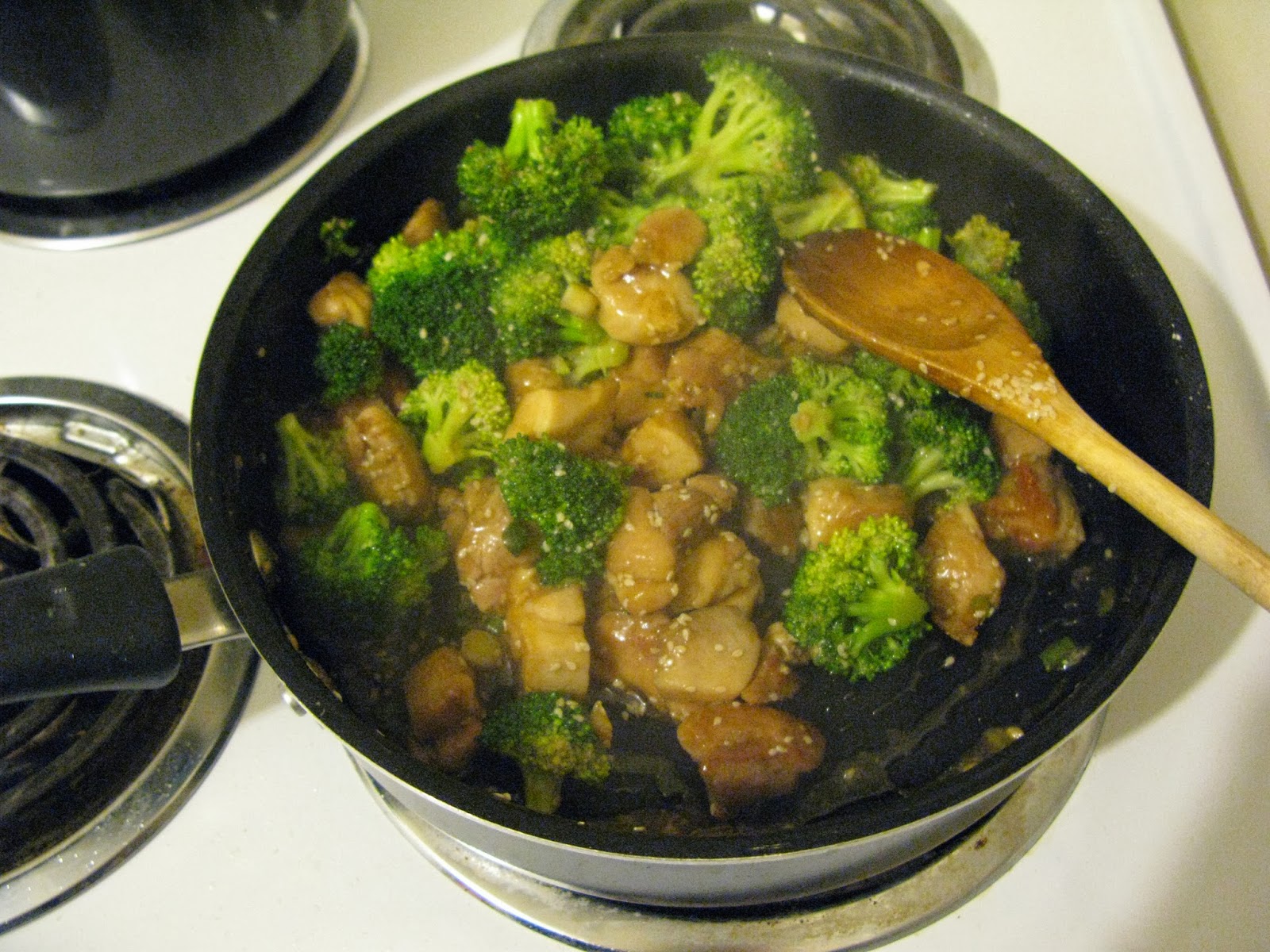 This healthy version is indistinguishable from the regular General Tso’s Chicken. I ate this at work for lunch, and all my coworkers who walked by said it smelled incredible, which it did. 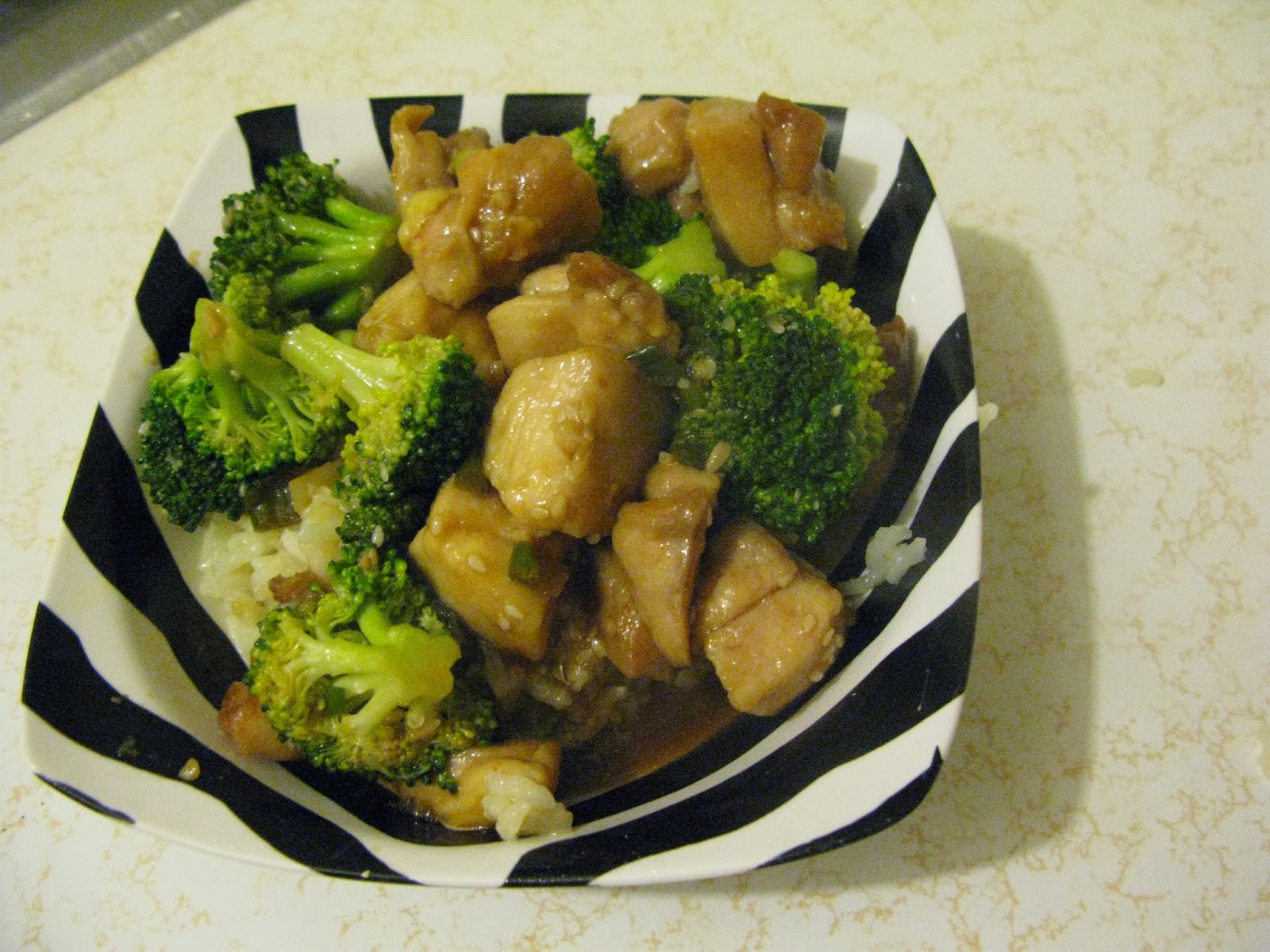 I have printed off this recipe time and time again. I have never even tasted it, but I love this combination of ingredients. And now I will save (and hopefully FINALLY make!) your healthier recipe...thank you!!!!!

Liz, it tasted great! I think you'll really like it!