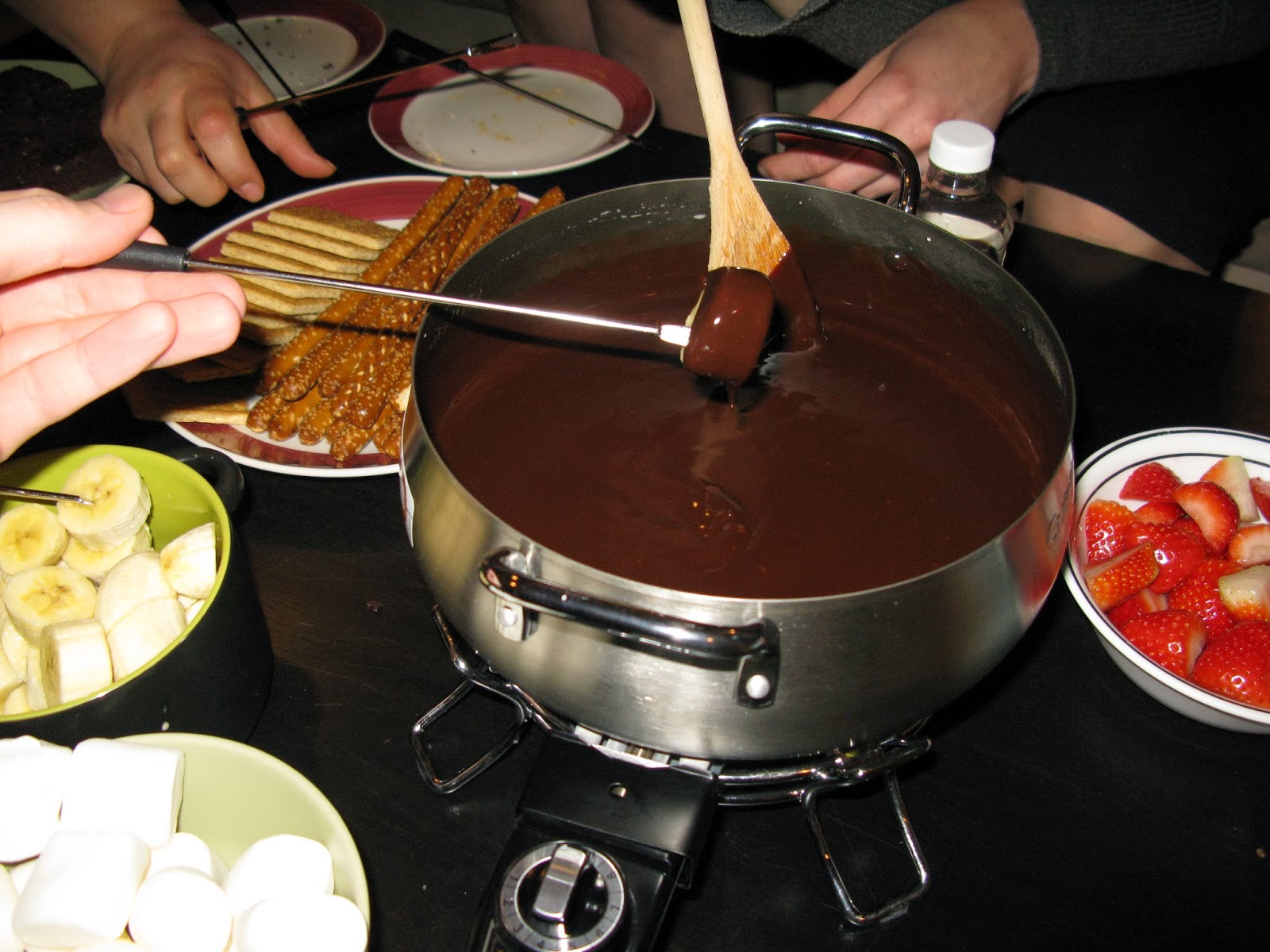 Fondue is traditionally melted cheese eaten communally with long tongs.  In the 1930s it was promoted by the Swiss Cheese Union as the national dish of Switzerland.  It became popular in America in the 1960s. 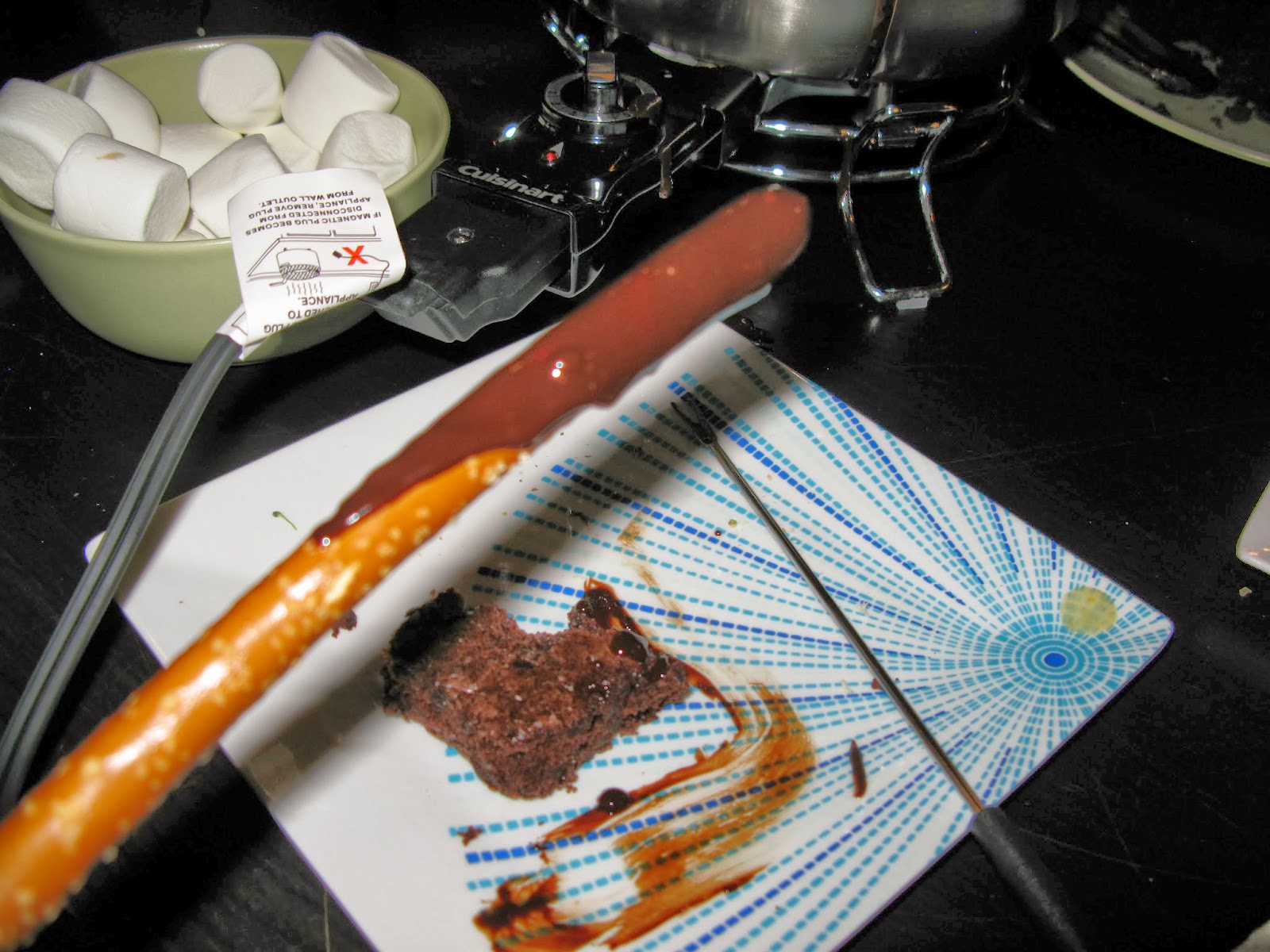 In the 1980 fondue was promoted in Switzerland with phrases such as "fondue is good and creates a good mood."  With such a catchy phrase, I think it makes the perfect Valentine's Day dessert, no? 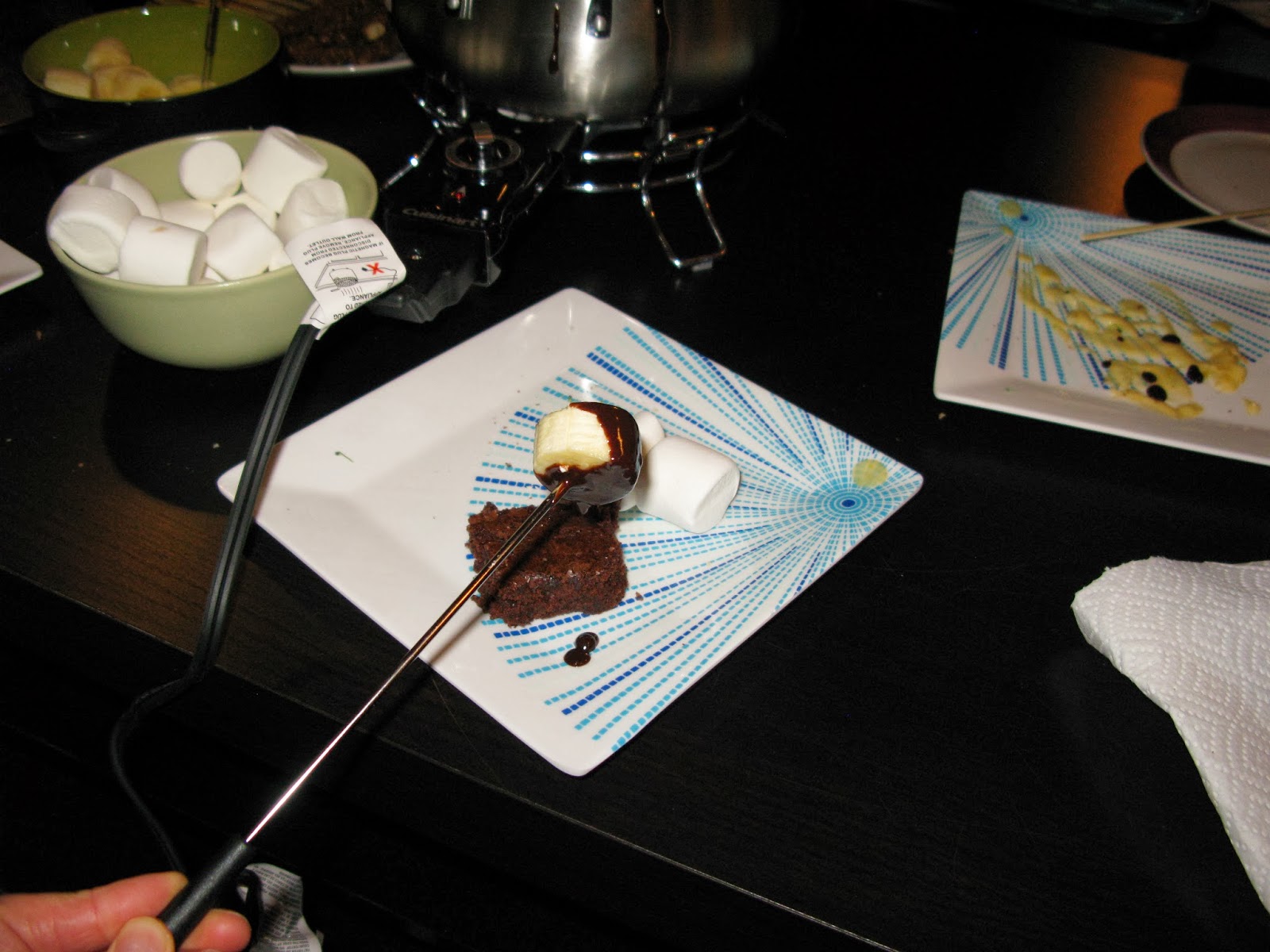 This is my friend's recipe.  She is also the person who owns the nifty fondue pot.  You know you are a mature adult when you own nonessential kitchen gear.  We began by heating up 2 cups of heavy cream. 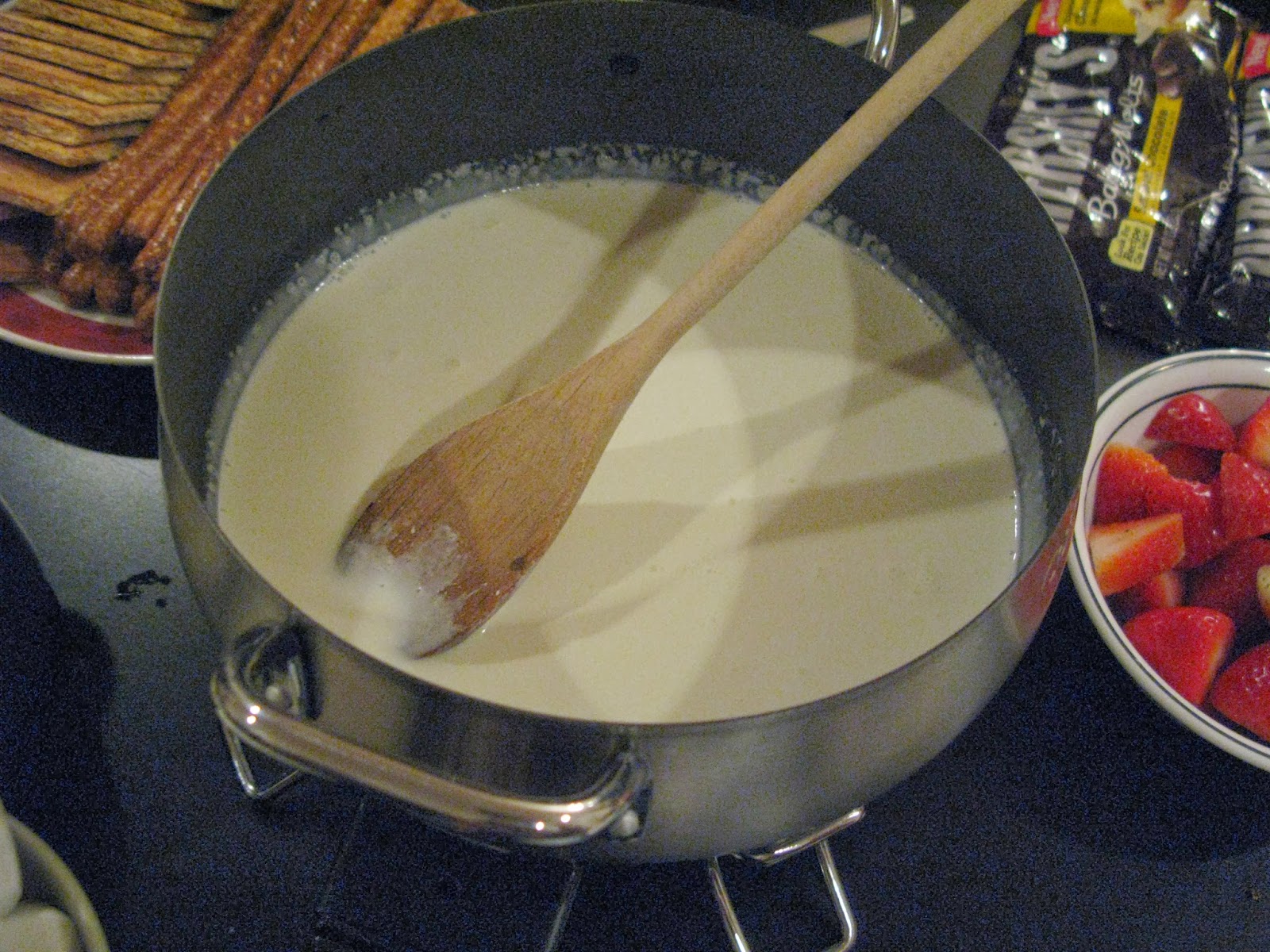 Once the cream was hot we added two bags of semi sweet chocolate disks.  I'm sure chocolate chips would be just fine as well. 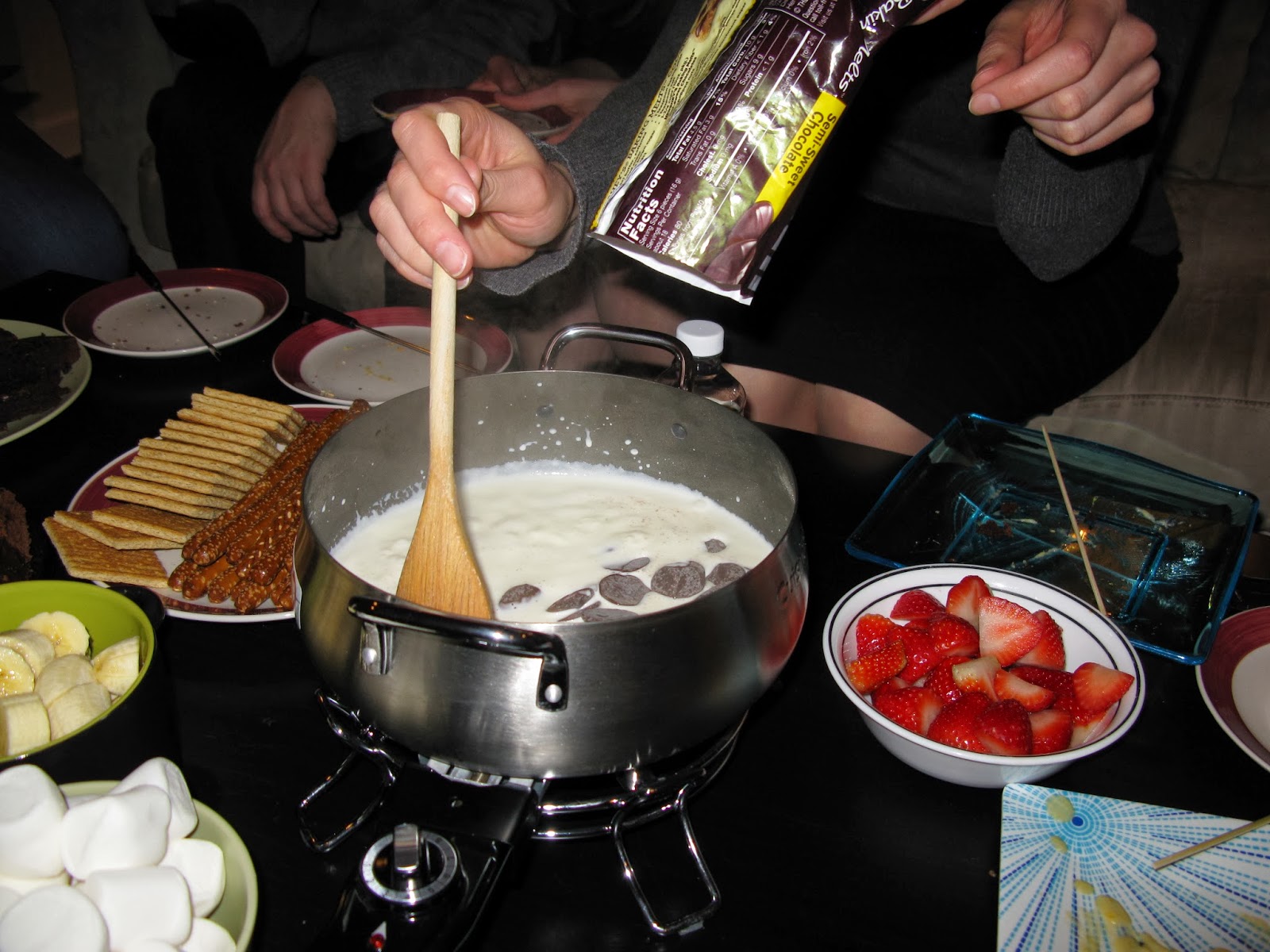 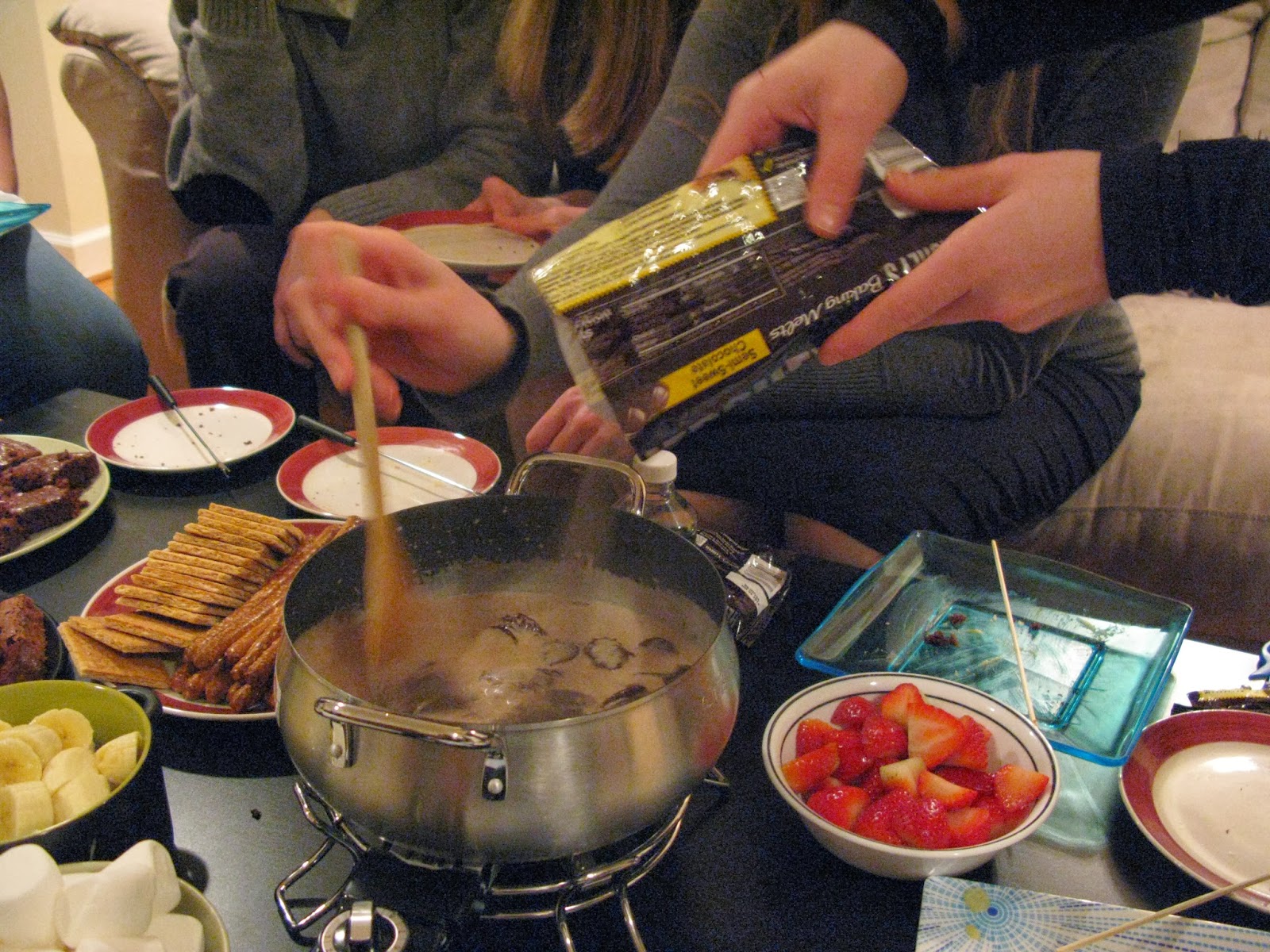 My beautiful friend stirred while the chocolate and cream melted together. 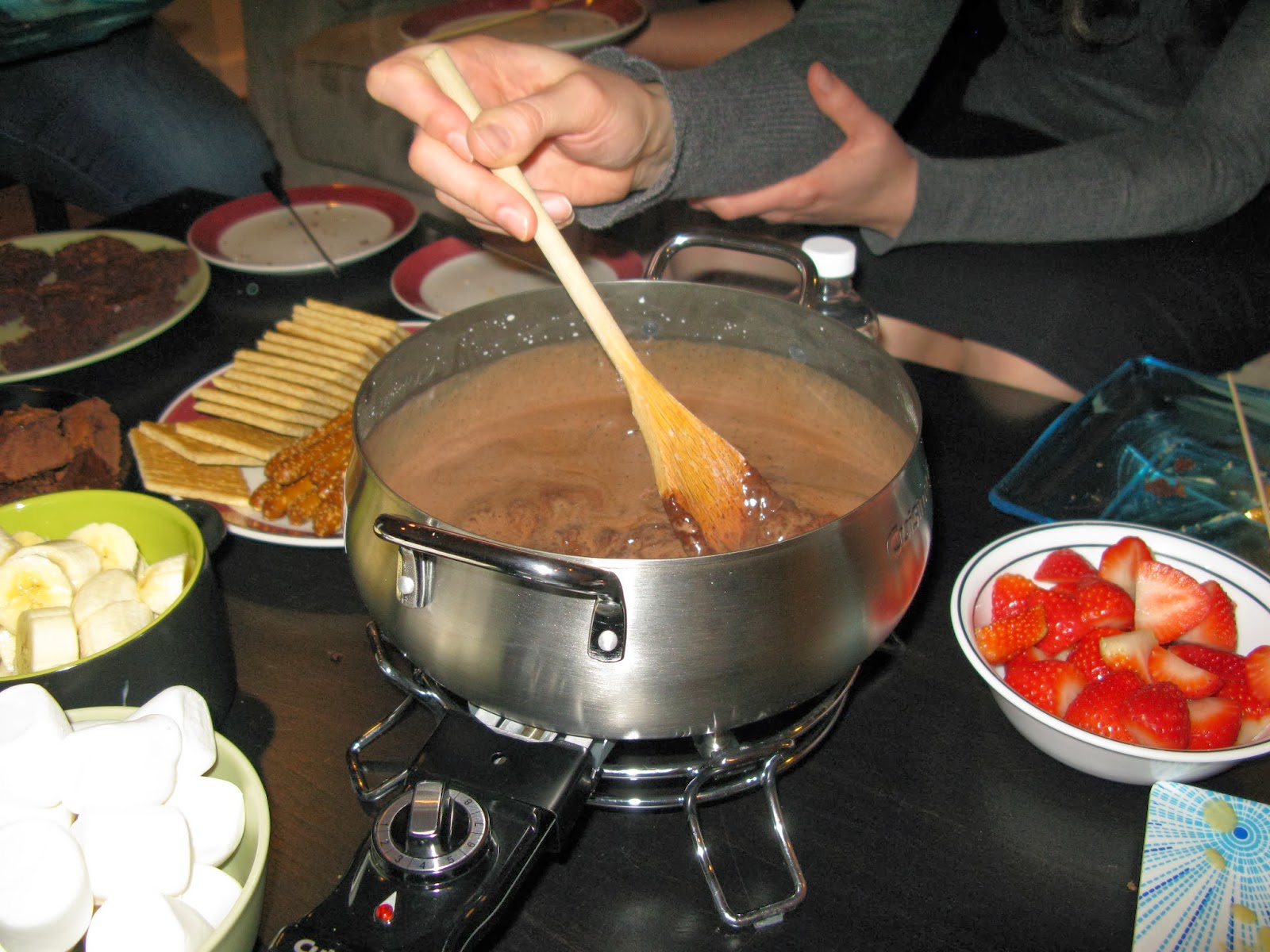 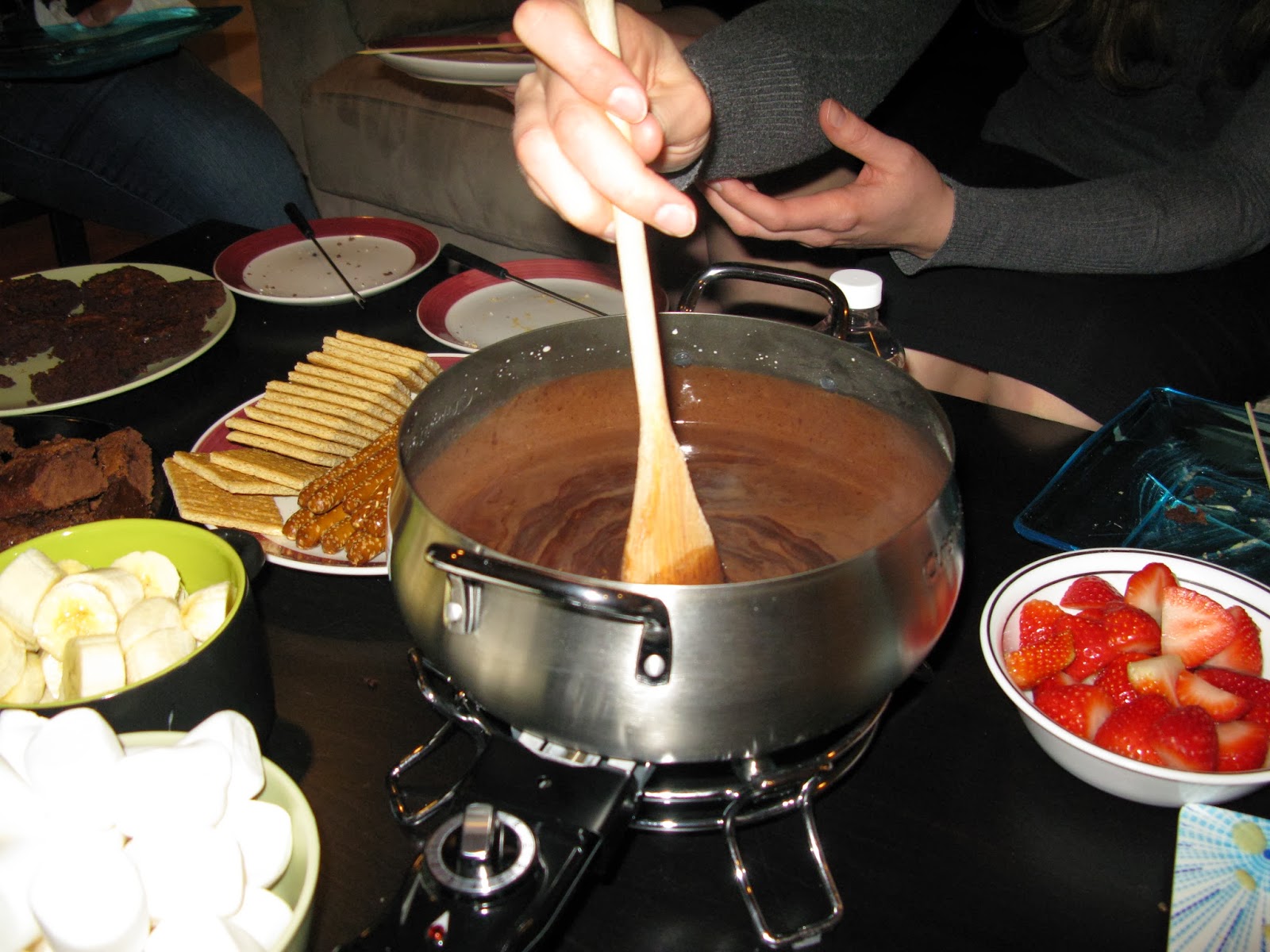 She also added a hearty pinch of salt and a splash of vanilla. 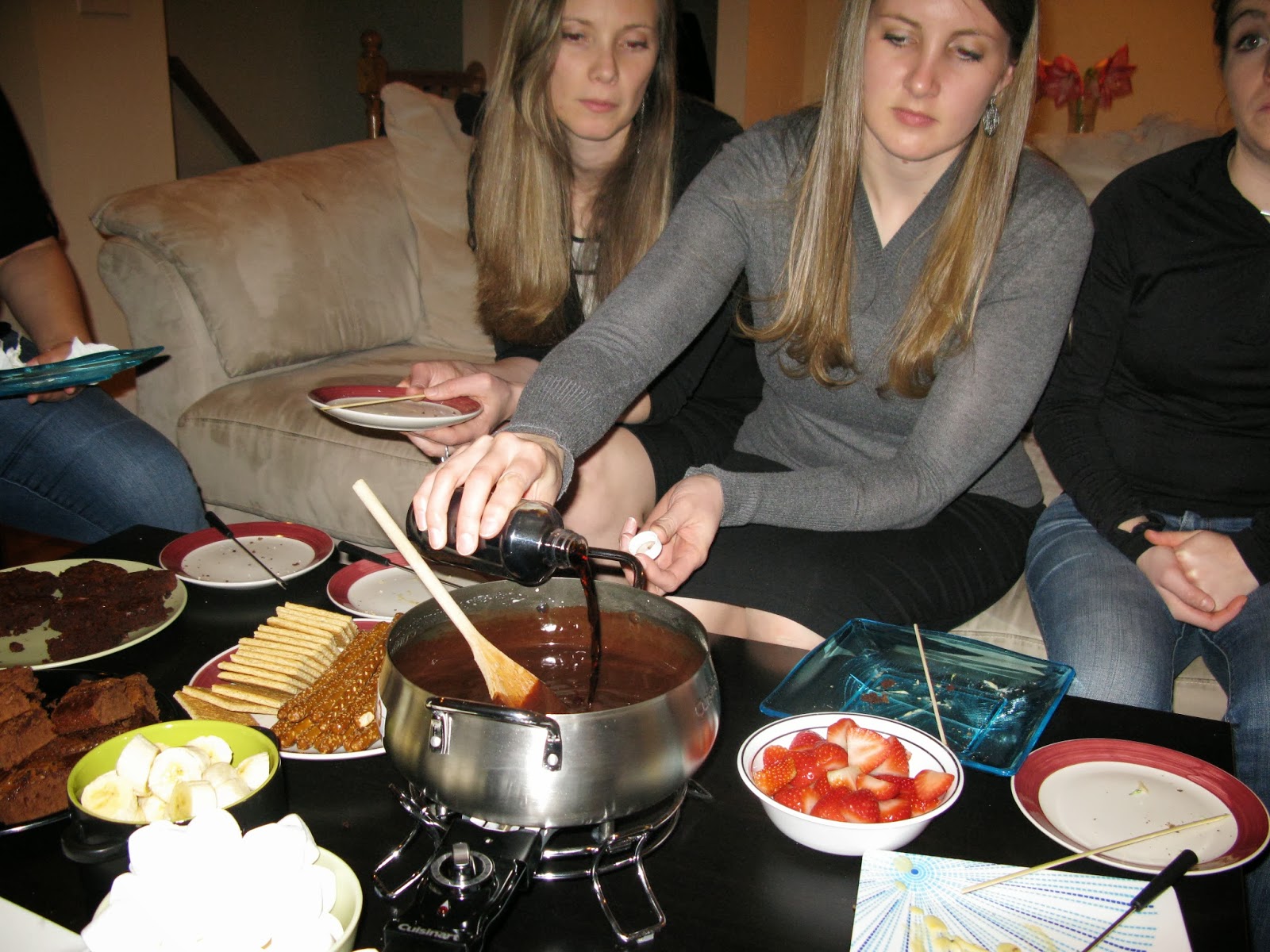 We dipped pretzels, graham crackers, marshmallows, strawberries, bananas and brownies into the chocolate.  I feel like I don't really need to sell you on this dessert.  It's melted chocolate and cream.  How could that not be amazing? 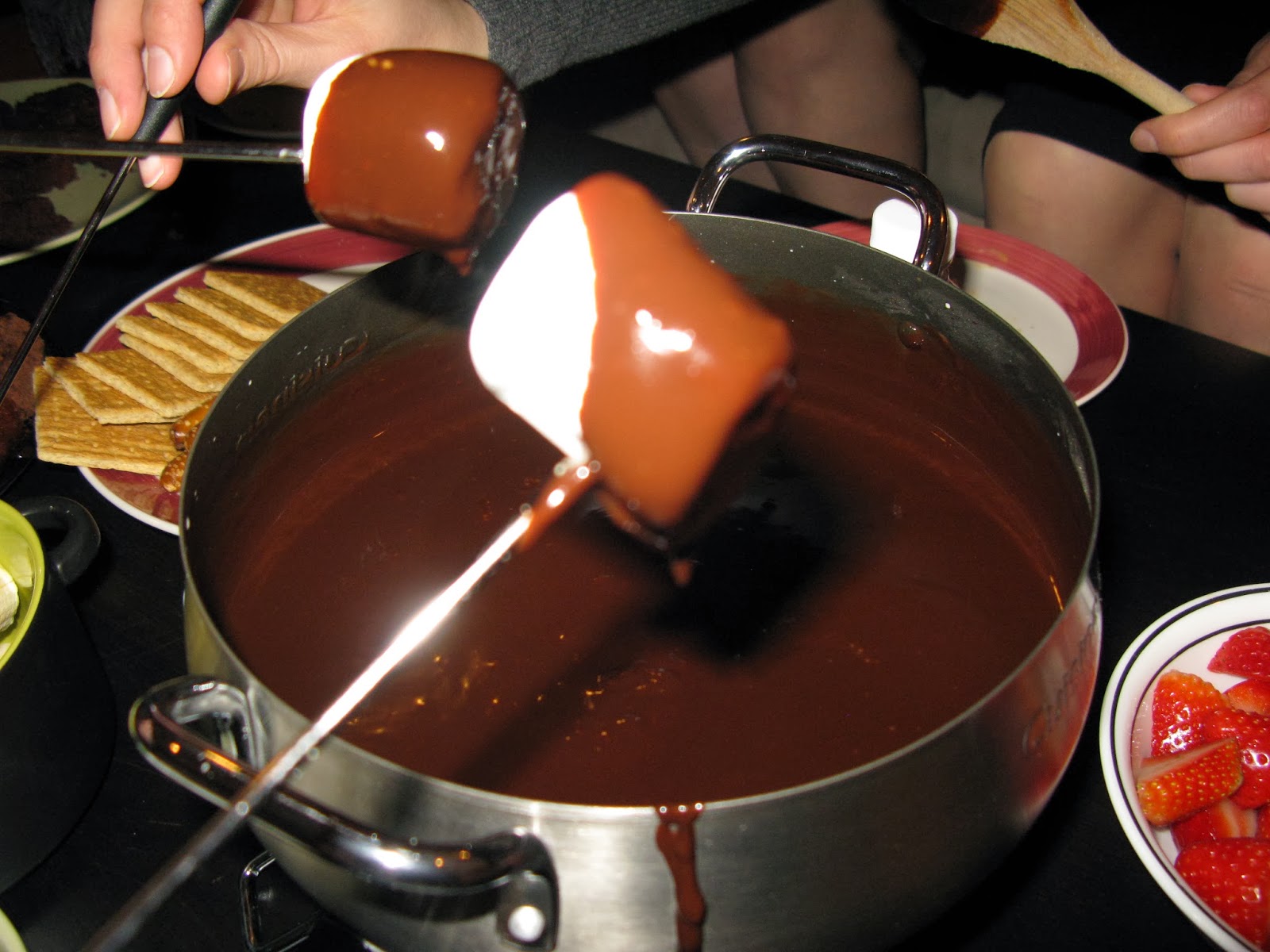 You really just can't go wrong with a big pot of melted chocolate! Fondue is so fun!

This looks like such a fun thing to do with friends! I love chocolate fondue!

Joanne and Jenny, I totally agree!

You do not need to sell me at all! This looks fabulous and what a fun way to celebrate. Love it!