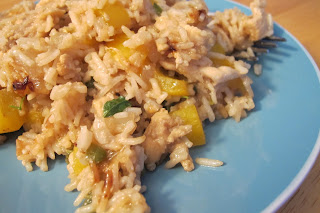 I'm posting this from Vietnam.  I wrote it before leaving, so I'm not going to discuss my travels at all. I'm sure I am having a wonderful time. 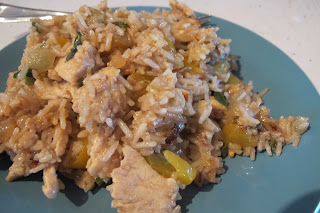 A few months ago a bought some Thai basil.  It was a plant that was sold in a little disposable pot of dirt.  I have kept watering it, and it is still alive.  I don't think it is going to survive the week and a half I'm in Vietnam, so I picked every leaf to make this stir fried rice. 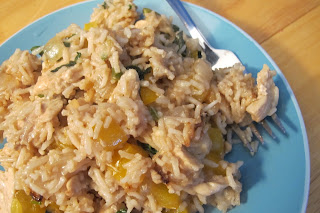 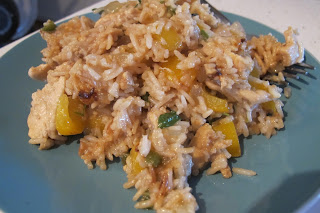 I would like to live in an apartment where I could grow a tomato plant and a few herbs.  I once grew tomatoes and zucchini. 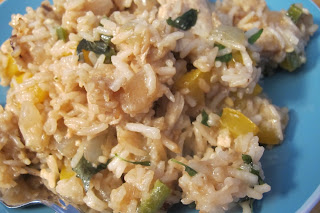 I made stir fried rice before, and it didn't turn out.  The rice was gummy.  I didn't let the cooked rice dry out before making it into stir fried rice.  This turned out much better. 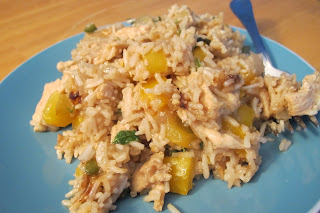 Like many of my dishes, this Thai chicken fried rice recipe came from allrecipes.com.  It has highly rated for good reason.  I could't find Serrano peppers so I used jalapeños.  I used vegetable oil instead of peanut oil. 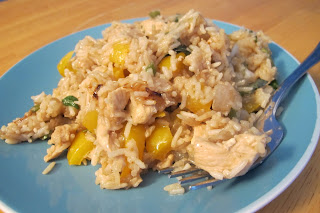 I also reduced the almost of oil.  The original recipe said to use a half of a cup, and I only used about a quarter of a cup.  It was oily enough. 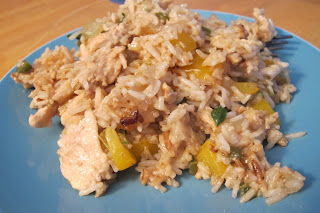 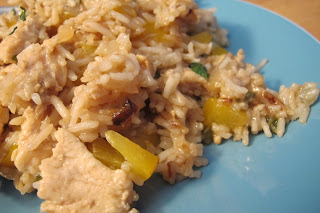 I mixed together the oyster sauce, fish sauce, and sugar.

I added the minced garlic and chopped yellow pepper.   I could have used any color of pepper.  I let this sauté for a few minutes.  I stirred continuously.

I added the cooled rice.  I cooked the rice the day before.  You need to let it have time to dry out a little.  This was a problem for me the last time I made fried rice.  My rice became mush the first time I made stirred fried rice. 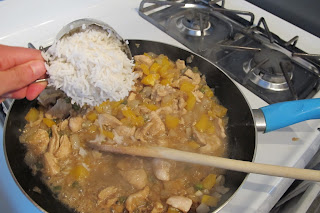 I stirred this around on the heat until everything was amalgamated. 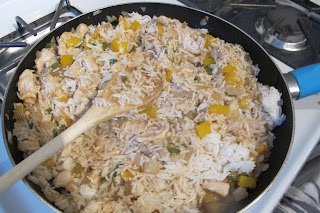 I took the dish off the heat and added the Thai basil.  I stirred well.

I dished this up ate dug in. 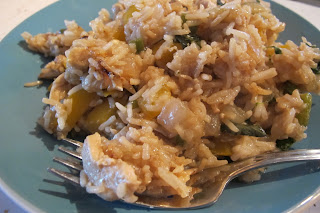 It was very aromatic and appealing.

It was briny and herbaceous.   The oyster sauce and fish sauce gave the dish depth of flavor and a appetizing, savory, and fish like taste. 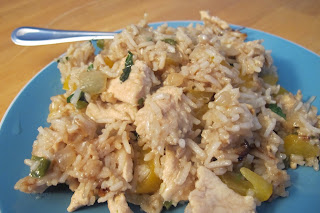 The vegetables were tender, and the chicken was moist.

It was spicy but not overwhelming.  It has a hint of sweetness. 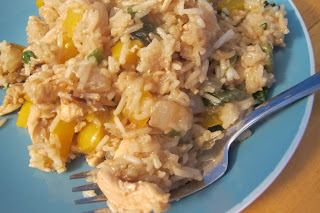 The flavors were complex and multidimensional.

It was a toothsome and appetizing dish. 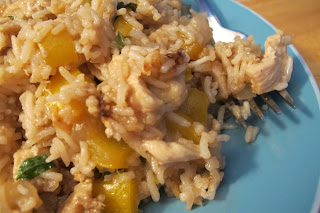 Unlike the last time I made stirred fried rice, the rice wasn't mushy.  It still had the texture of rice. 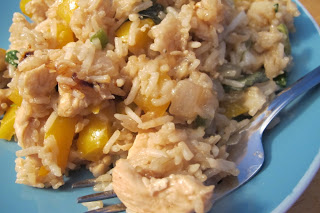 I enjoyed this dish immensely. 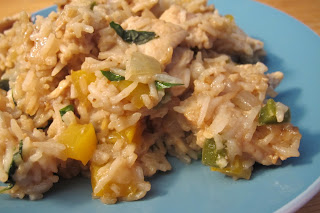