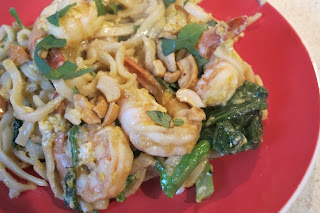 A couple of sushi burrito places have opened up in my area, and I can't seem to get enough of them.  In the last month, I have eaten three sushi burritos.  They are really yummy. 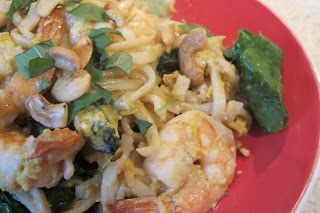 It's such a fun idea.  Asian and Mexican fusion foods seem to be big.  Korean tacos took off and now sushi burritos.  Some people have very clever food ideas. 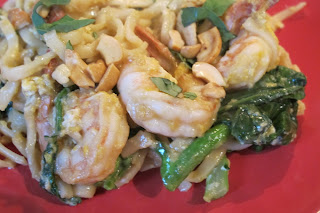 Pad see ew may not be hip, new fusion food, but it is scrumptious.  Thai food is one of my favorites, and pad see ew is a particularly delicious Thai dish. 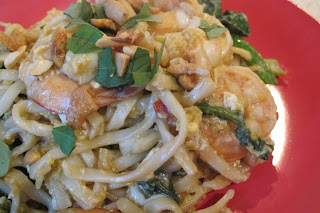 Pad see ew can also be written as phat si-lo.  It is a Chinese inspired stir-fried noodle dish.   The translation of it's Thai name is "fried with soy sauce."  It is supposed to be made with wide rice noodles, but I used what my grocery store had. 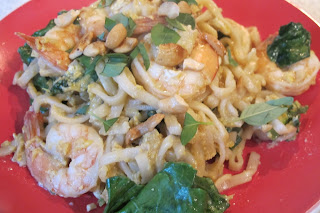 It is usually made with soy sauce, garlic, egg, rice noodles, and Chinese broccoli.  My recipe also had fish sauce and oyster sauce. 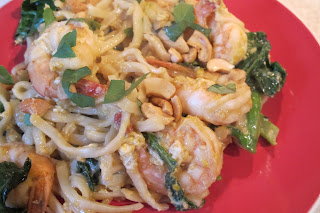 Oyster sauce is one of my favorite things.   It's salty, briny, savory, and full of flavor.   It is made from sugar, salt, oyster essence, and cornstarch. 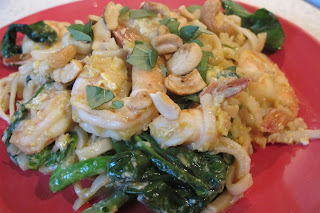 It's a little unclear what oyster essence is.  I'm pretty sure it's not vegetarian.  Oyster sauce is used in Thai, Cantonese, and Vietnamese food. 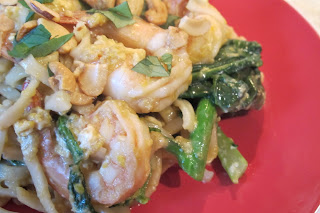 This pad see ew recipe came from a blog called Rasa Malaysia.   I adjusted the quantities to make more than directed.  I also used shrimp instead of chicken. 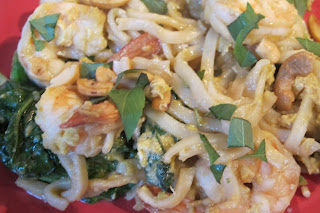 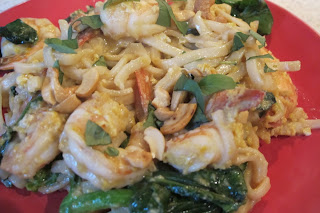 I heated the oil in a wok over high heat.  I added the garlic and stir-fried it for a minute.  The garlic becomes fragrant. 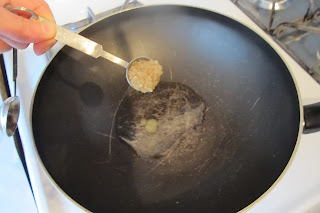 I added the shrimp and continued stir-frying for a few of minutes. 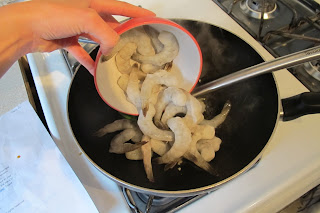 Once the shrimp were partially cooked, I added the rice noodles and Chinese broccoli.   I stir fried these ingredients for about a minute or two.

I added the sauce and stirred until everything was well combined. 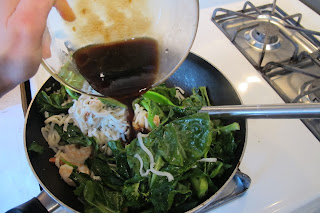 I beat the eggs together and then poured them into the wok.  I stir fried until the eggs were cooked and combined with the other ingredients.  The eggs kinds of disappeared into the dish.  There were no discernible pieces of egg.  I think my stove wasn't hot enough to cook the eggs before the combined with the eggs.  I think I should have cleared a spot in the middle of the wok and cooked the eggs directly against the hot pan for a minute. 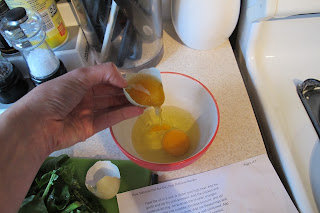 I garnish the dish with thai basil and cashews.  I'm not sure the cashews are authentic to pad see ew, but I had some leftover from the potato and cashew curry. 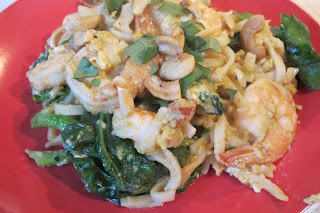 This was a flavorful and savory dish.  The noodles were tender. 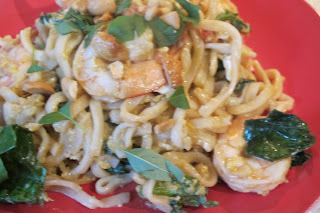 The sauce was briny, fresh, sweet, and full-flavored. 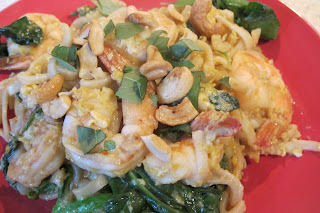 The shrimp were perfectly cooked.  The Chinese broccoli was soft, but it still had a little bite. 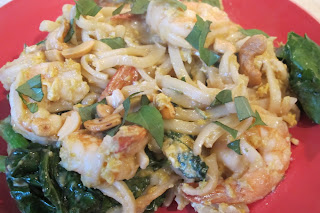 The basil was light and fresh. 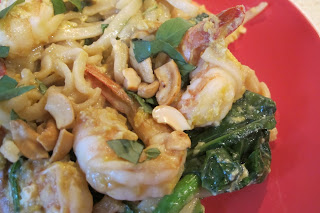 It was a delectable dish.  It wasn't quite on par with what I have eaten at good Thai restaurants. 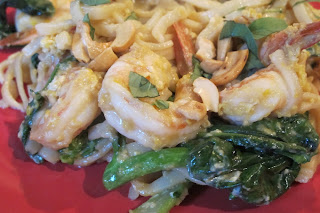 I think a major difference is I was light handed with the oil.  The noodles would have been a little crisper and golden if I had added more oil. 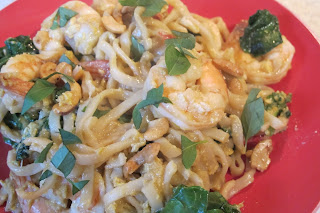 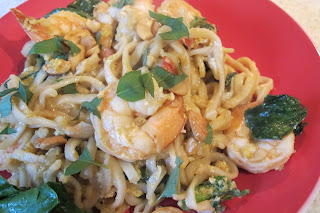 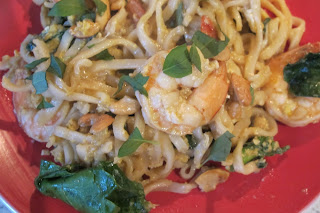 I think that professional kitchens have burners with stronger flames.  They can crisp up stir-fries a little easier. 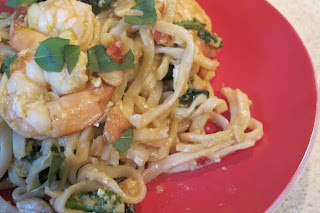 Regardless, this was a mouthwatering dish.  It was fragrant and tantalizing. 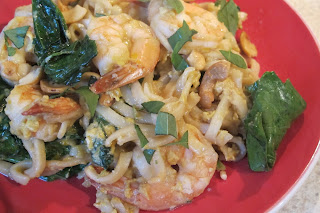 Love that you made Pad See Ew! I would love this for lunch, Thai food is one of my favorites!

Such a fun recipe!! We love Thai food!

Thanks for visiting ladies! Thai food is super yummy!