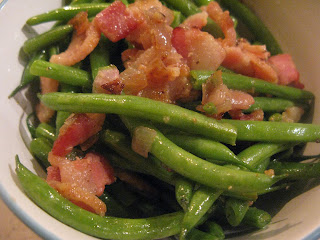 I want to meet the person who invented bacon because that person was a genius.  Bacon makes any meal better. 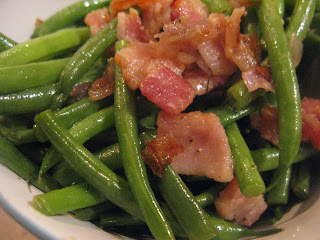 I like vegetables normally, but vegetables become extra special when you add crispy, fatty bacon. 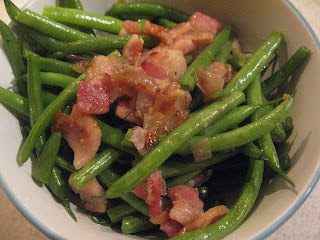 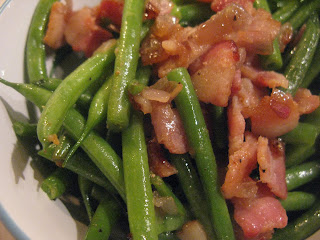 American bacon is cured in a salty brine and then smoked.  Other countries do not smoke their bacon. 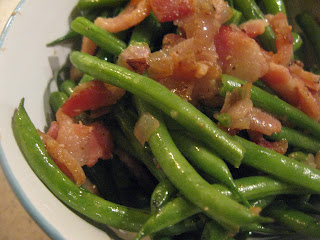 Bacon Day, an unofficial holiday, is the saturday before Labor Day.  This holiday was created in 2000 by the residents of Bedford, Massachusetts. 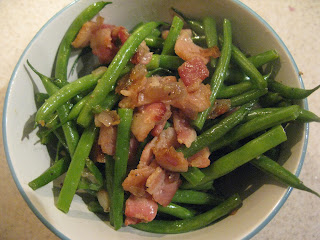 This recipe came from Taste of Home.  I used a shallot instead of an onion and added garlic and more bacon. 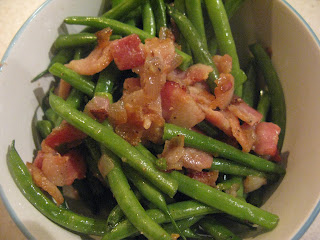 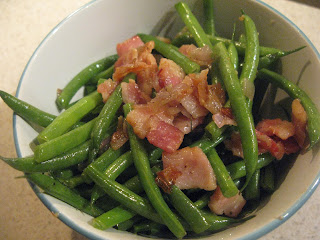 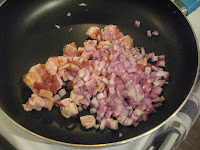 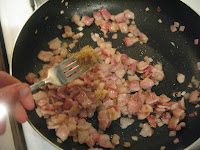 While the bacon and shallot were cooking I placed the trimmed and chopped green beans in a pot with water. I brought the water to a boil and cooked the beans for eight minutes.  The beans were cooked but still crisp after eight minutes. 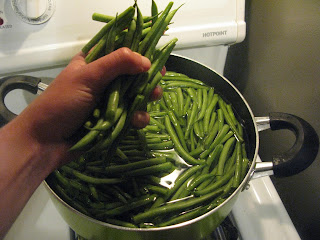 Once all the beans were cooked and the bacon crisp, I drained the beans and added them to the skillet with the bacon and shallot. 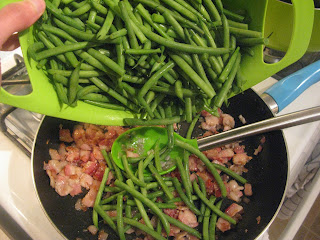 I added salt and pepper and stirred well. 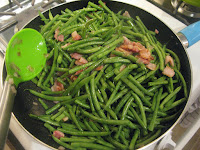 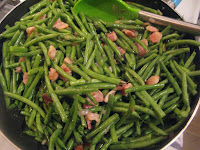 This was a simple but delightful dish.  The flavors were smoky and savory. 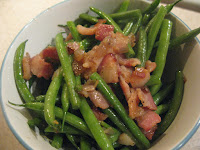 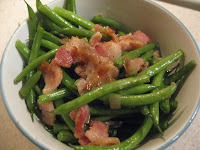 The crisp beans were encased in a thin layer of aromatic bacon fat.  The bacon was succulent, and the shallot was brown and sweet. 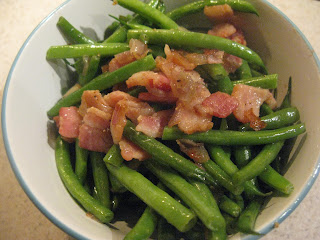 This dish proves that simple foods and be satisfying.  I ate it with pleasure. 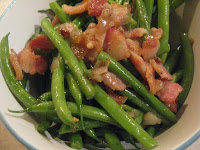 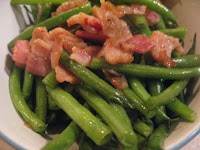 Green beans are my favorite side dish and I eat them at least once or twice a week. Bacon makes everything better so I definitely need to try them with bacon next time!

Bacon makes everything a little tastier and a little less healthy :)