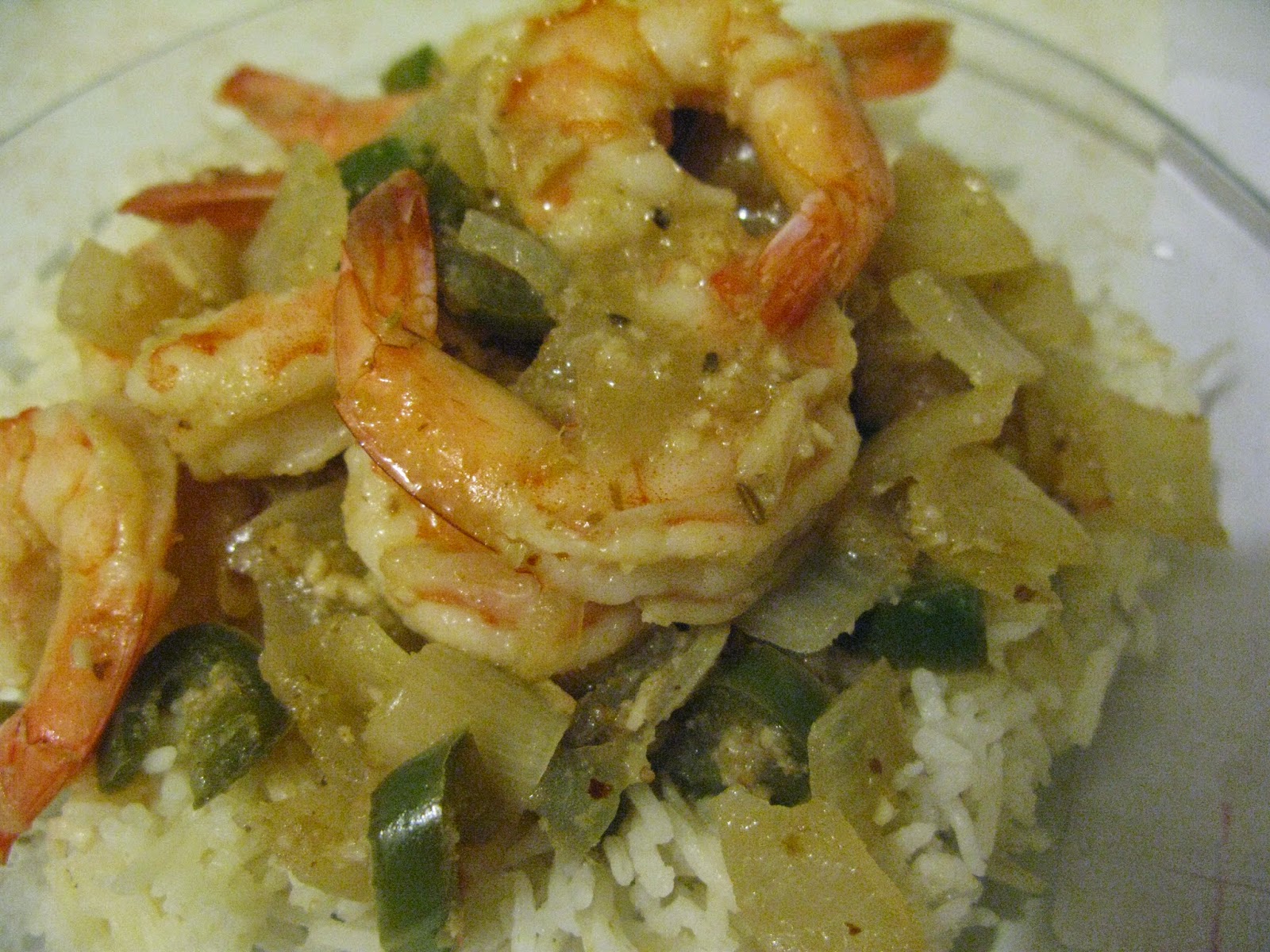 I went to a delicious Indian and Himalayan restaurant a couple of weeks ago with a friend.  Their Goan fish curry caught my eye. 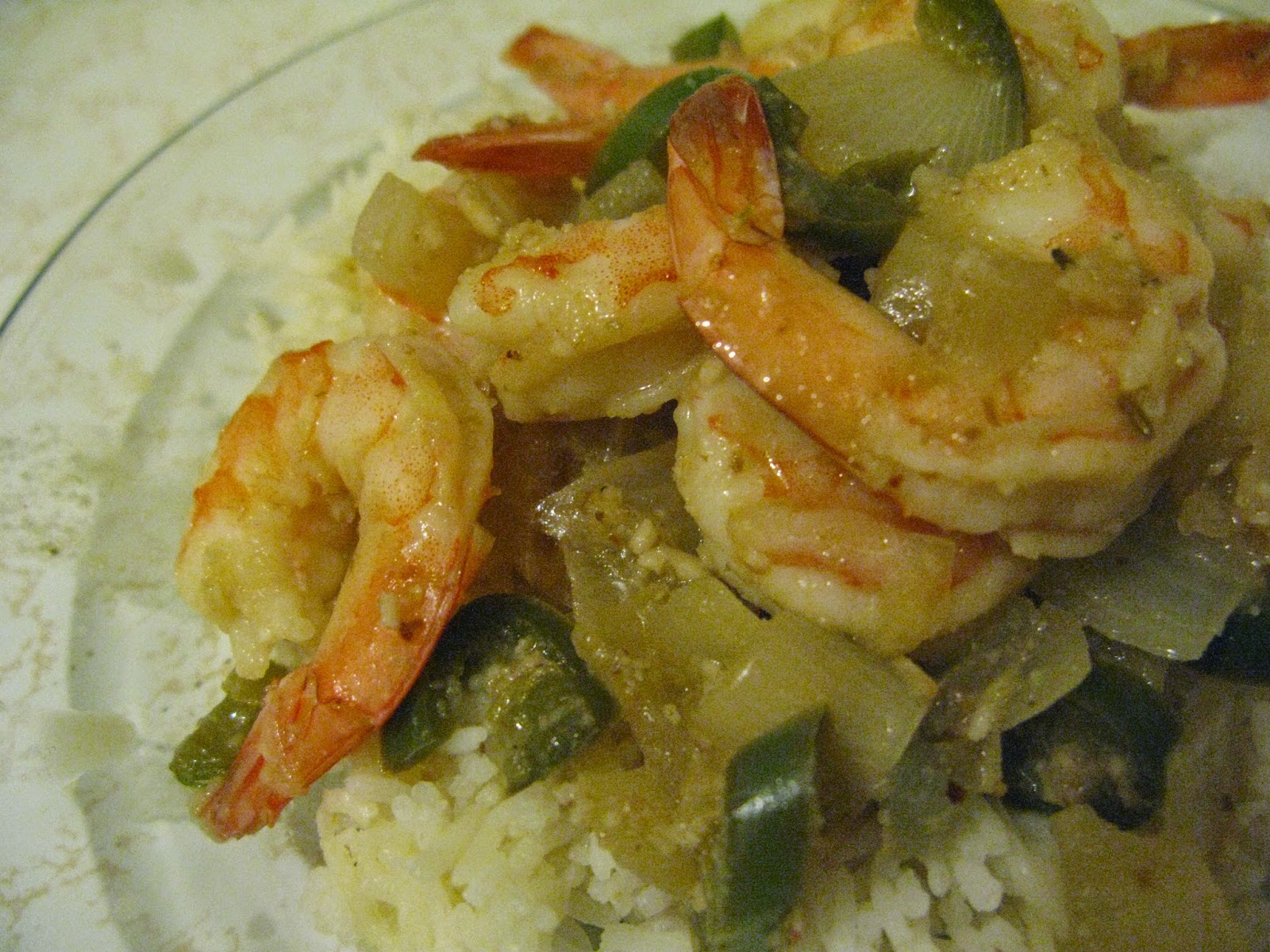 I ended up ordering something else, but the next day I searched for a Goan curry and found this recipe. 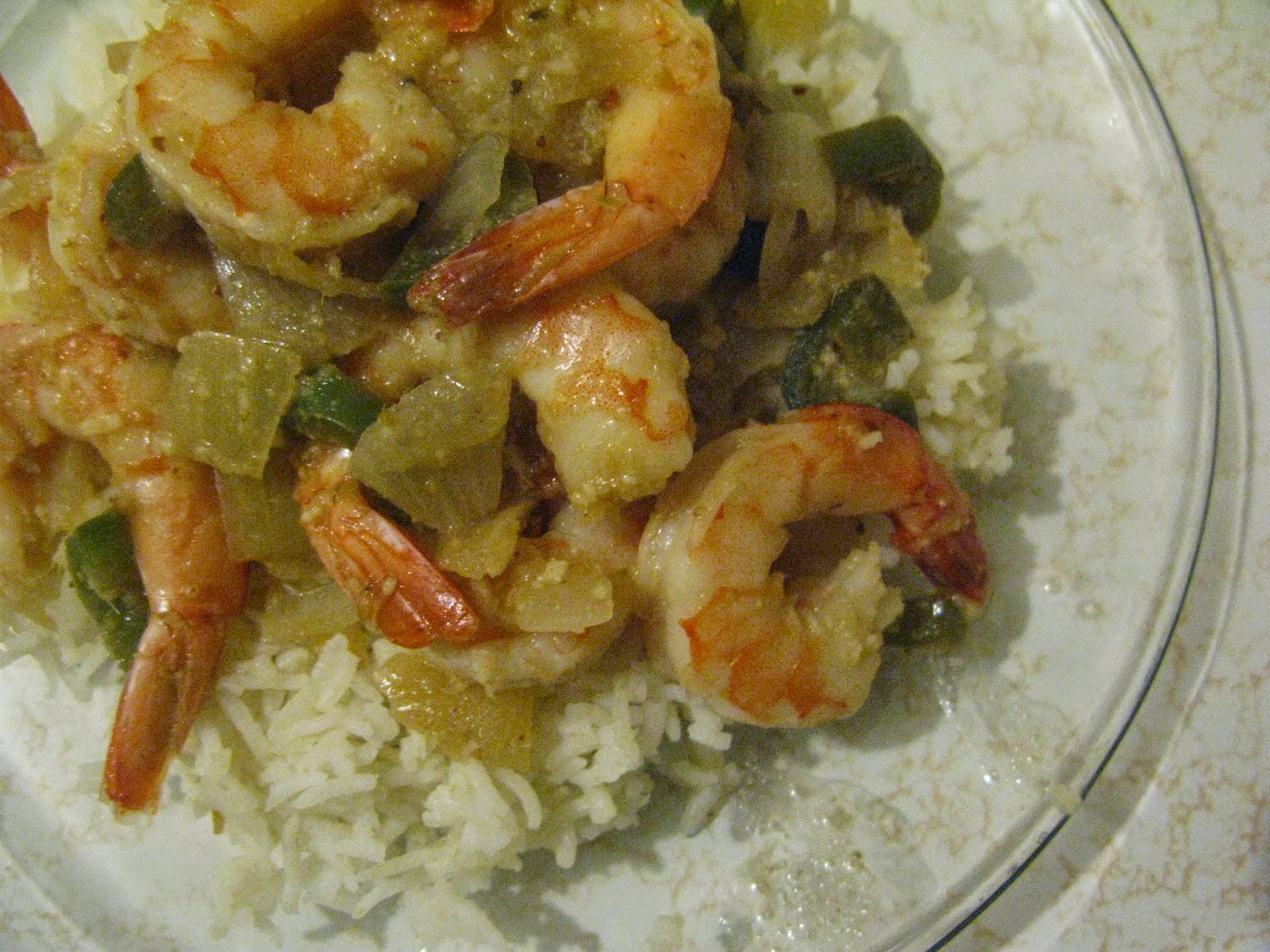 It seems healthier than most curries because it has lean protein and no coconut milk.  I think I could even label this as a low calorie dish. 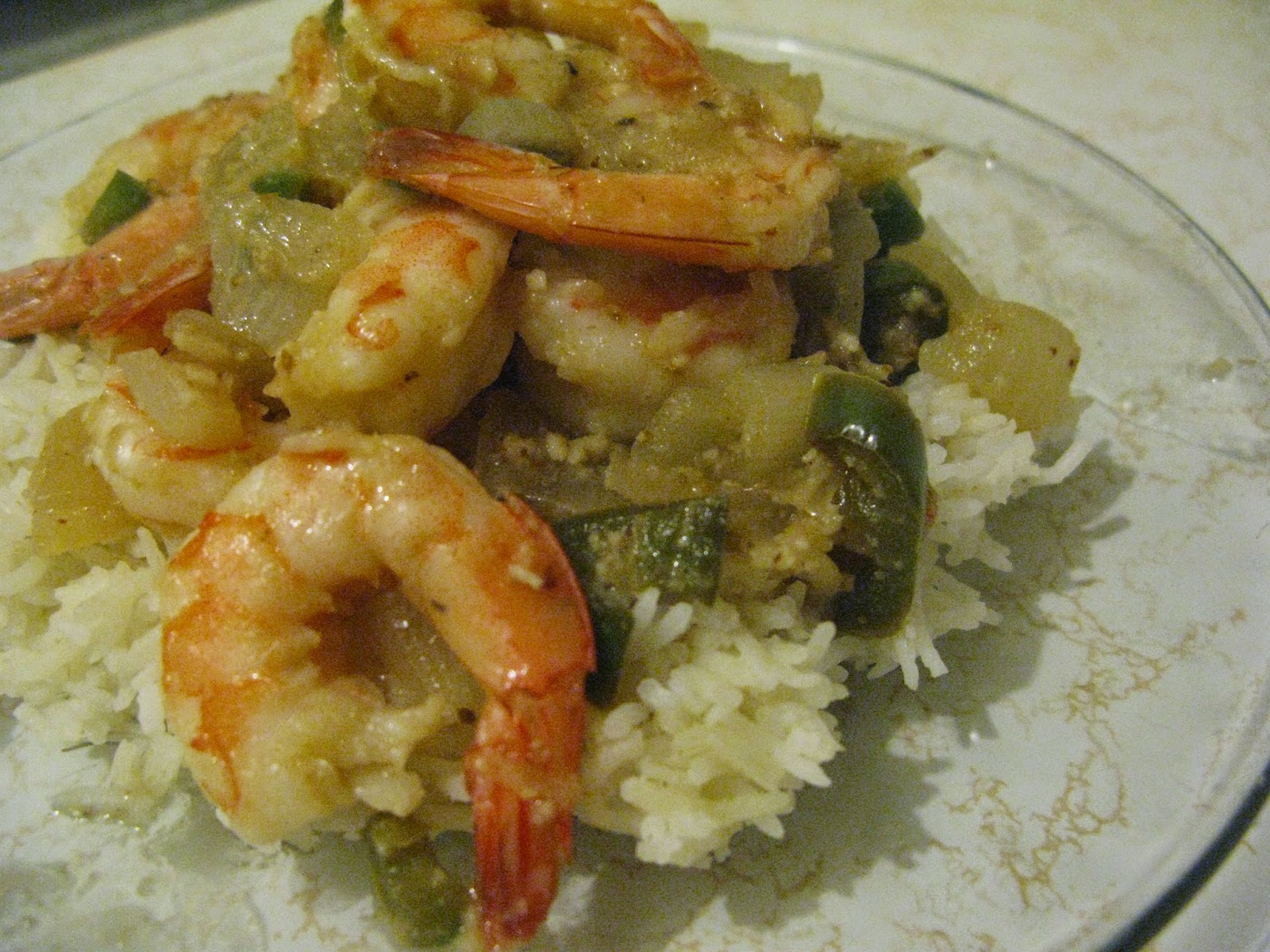 As it's January, low calorie recipes are the rage.  I need to get on the bandwagon before it passes me by. 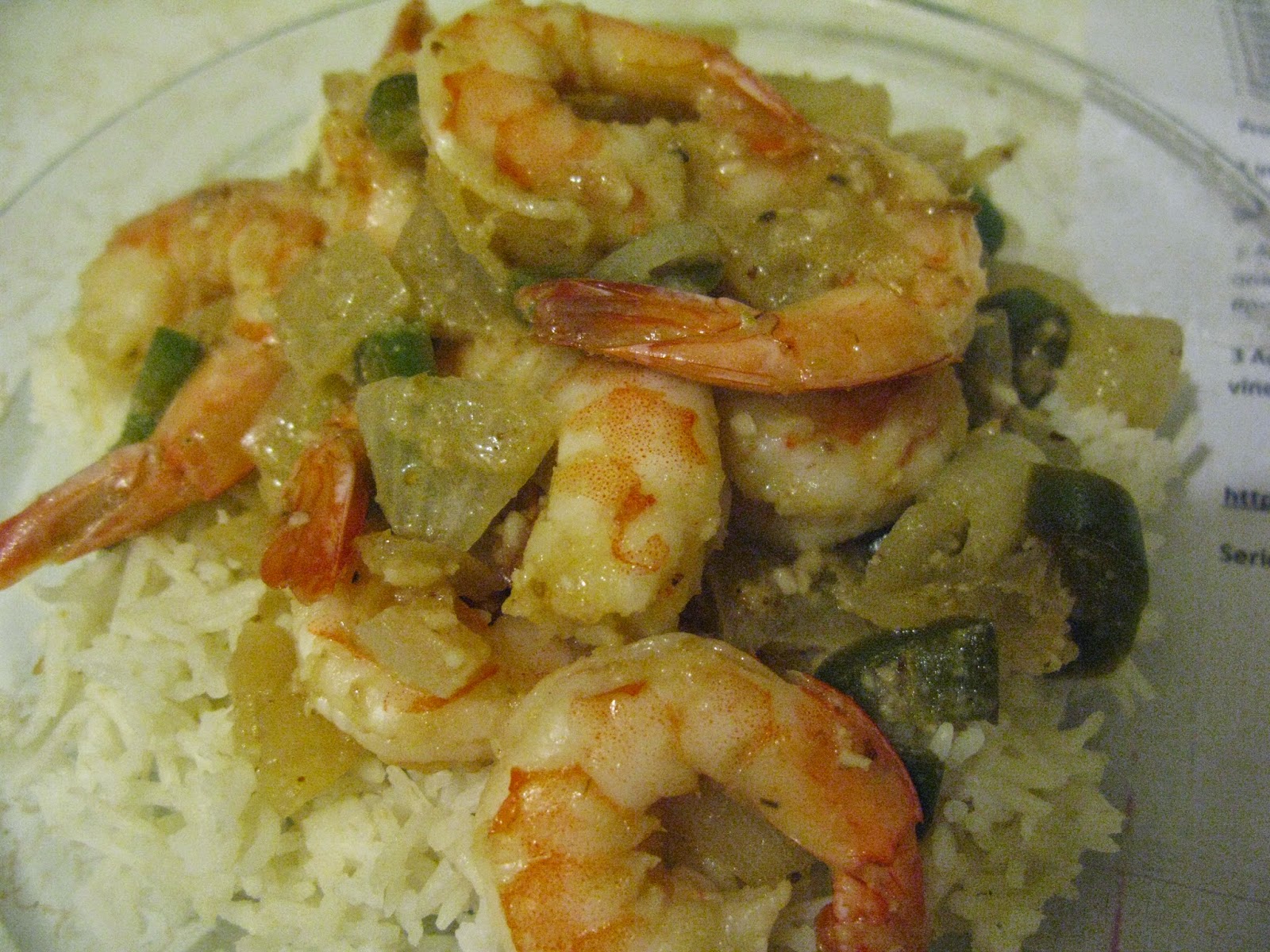 The recipe came from Serious Eats.  I used half a teaspoon of red chile flakes instead of three dried red chiles, but that's the only alteration I made. 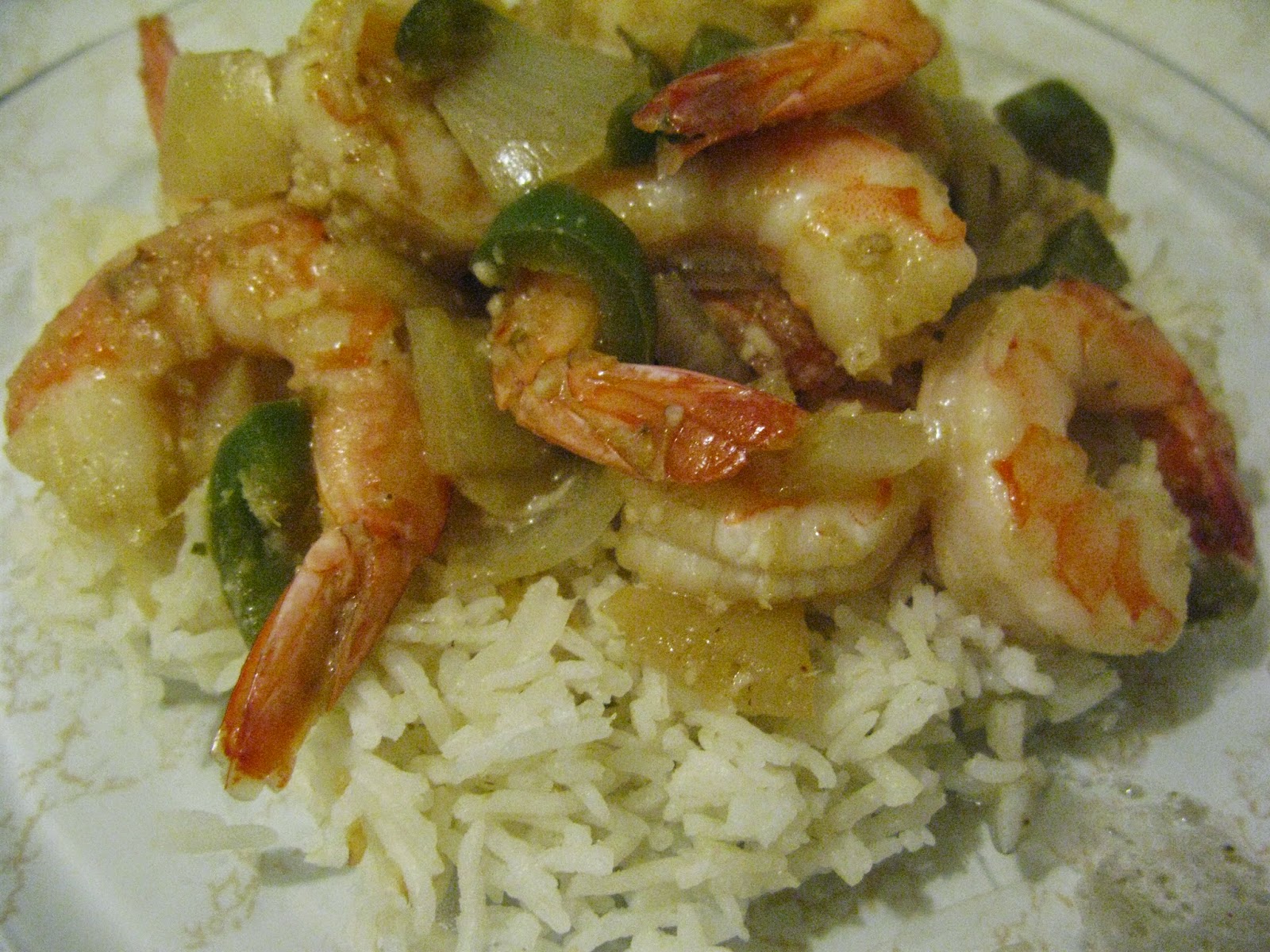 Most Goan cuisine is seafood based.  They use kokam, a sour fruit in their dishes.  In this curry, tamarind is used instead of kokam; the two flavors are similar.  Chile is an important Goan spice and was introduced to the area by the Portuguese. 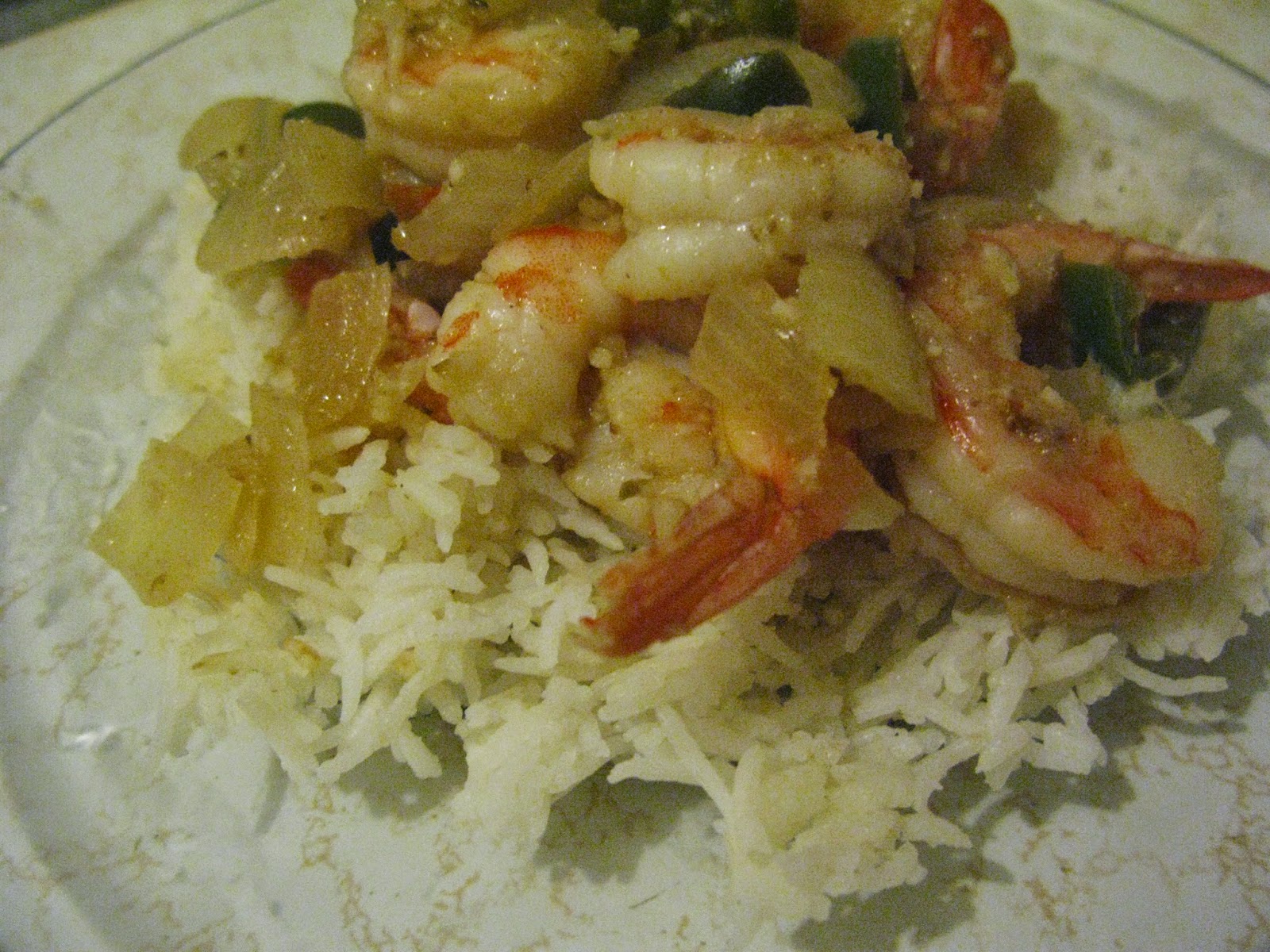 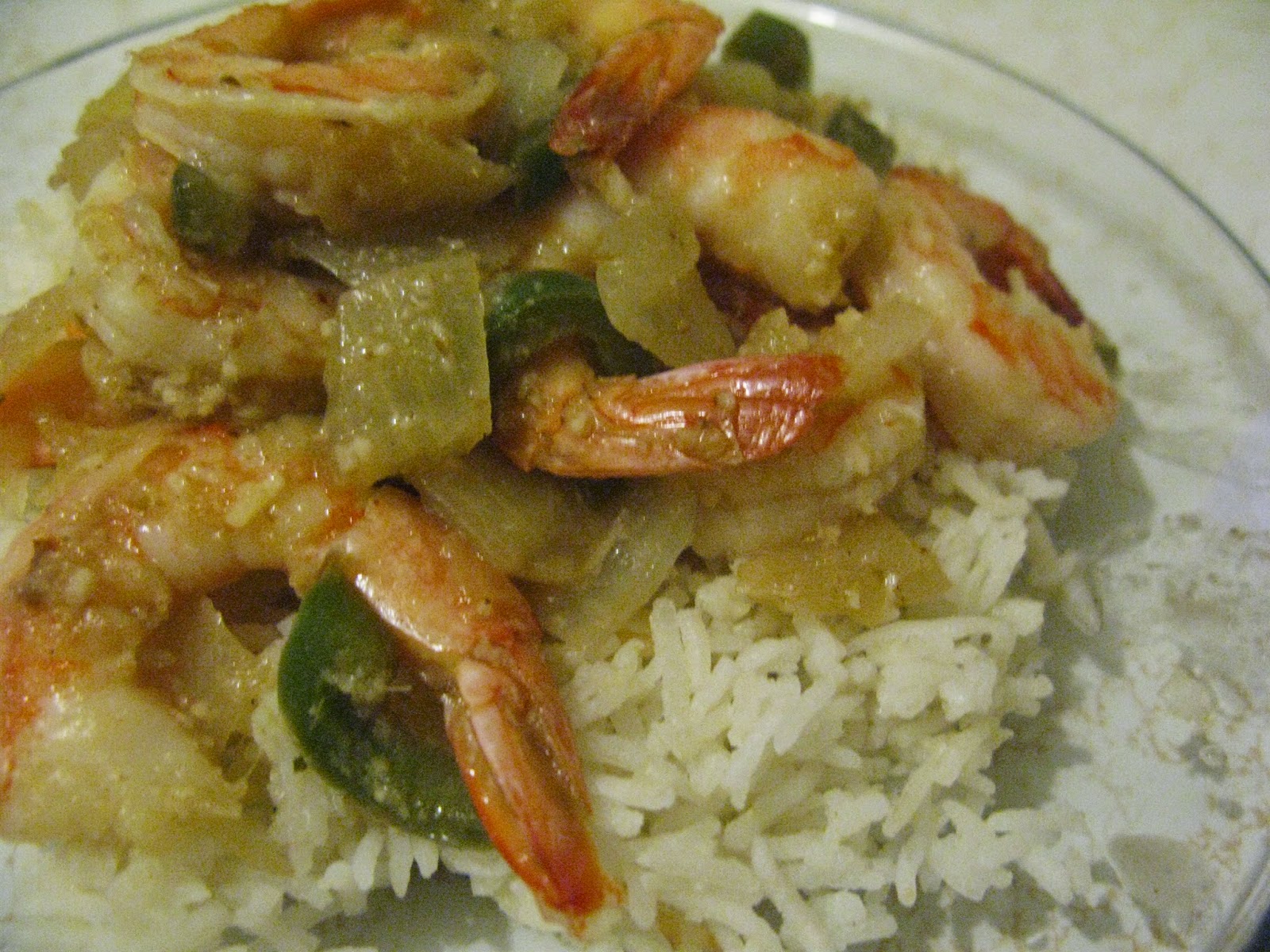 In a dry skillet, I added the red chile flakes, coconut, coriander, and cumin. 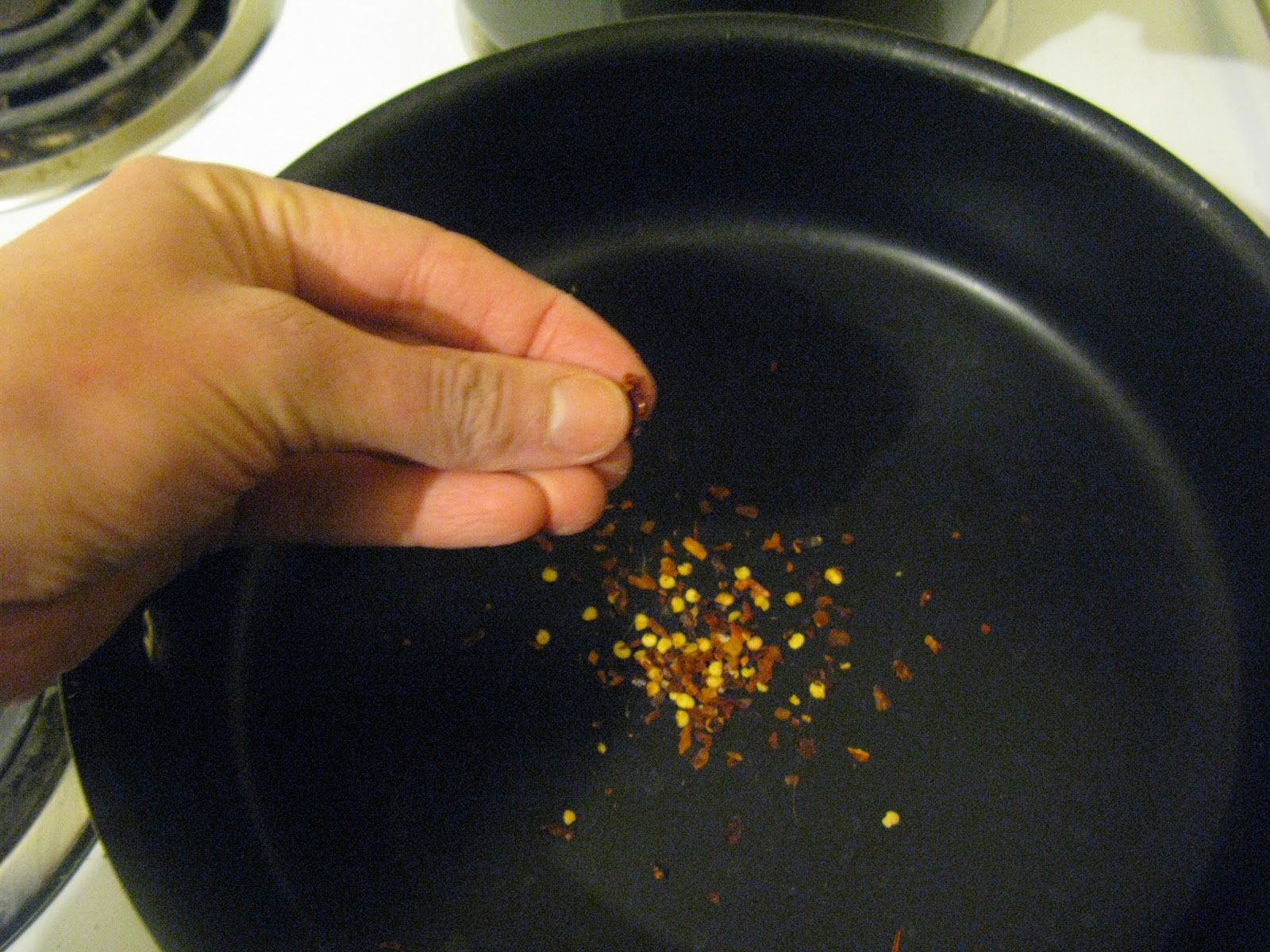 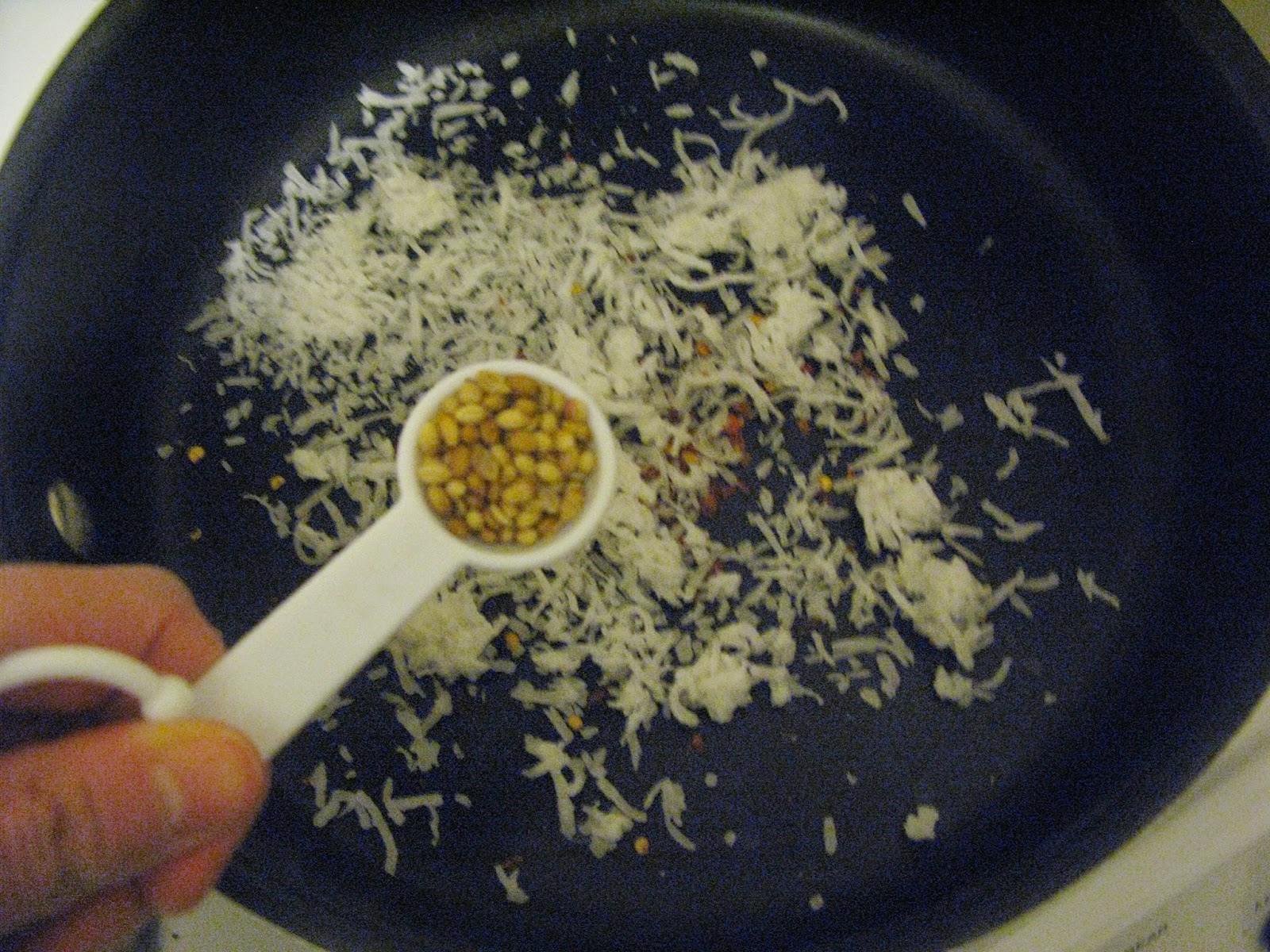 Over high heat, I toasted the spices and coconut until they were fragrant and the coconut was brown.  I stirred constantly.  It took about a minute. 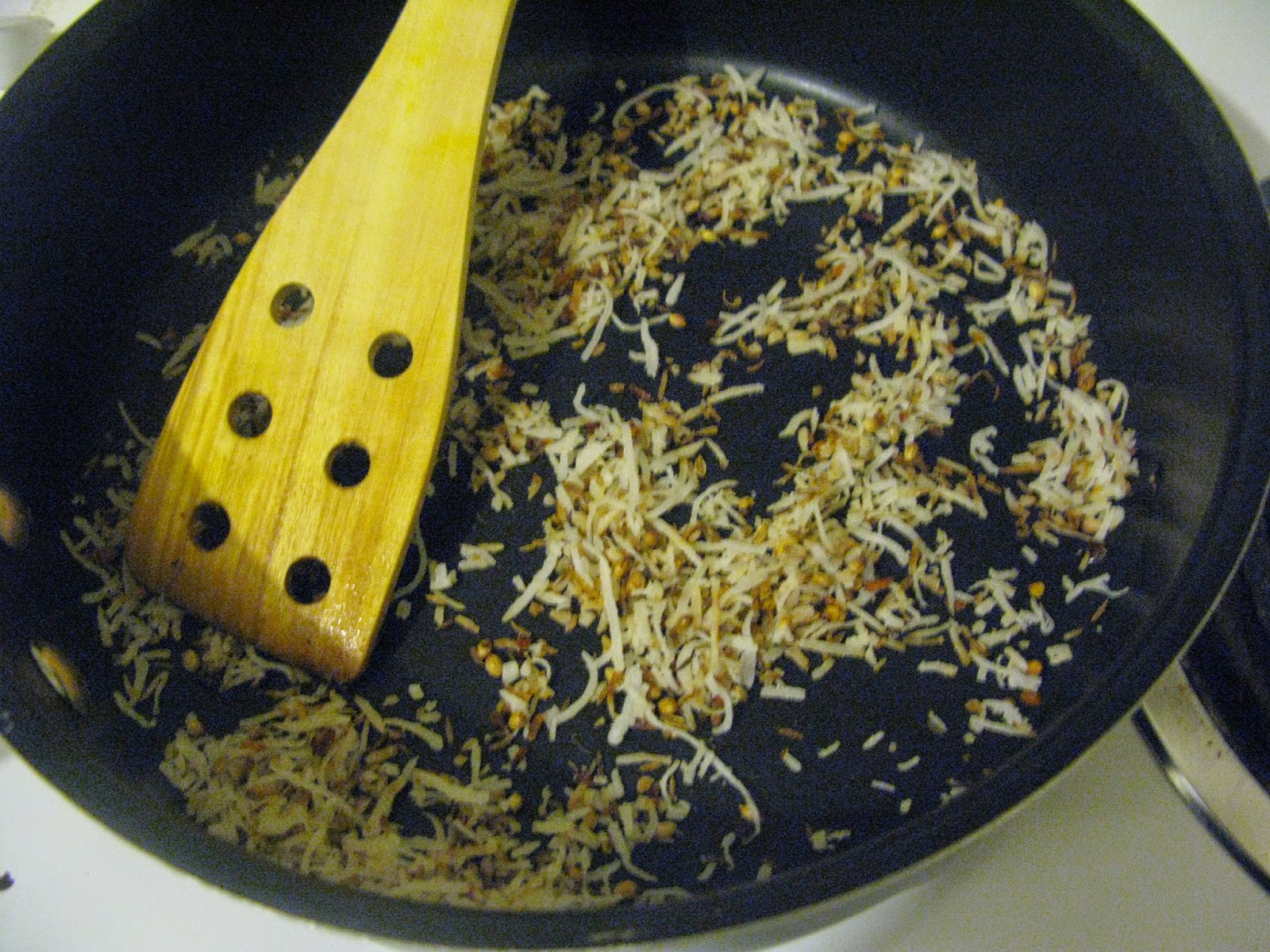 I added the tamarind, ginger, and garlic into a blender. 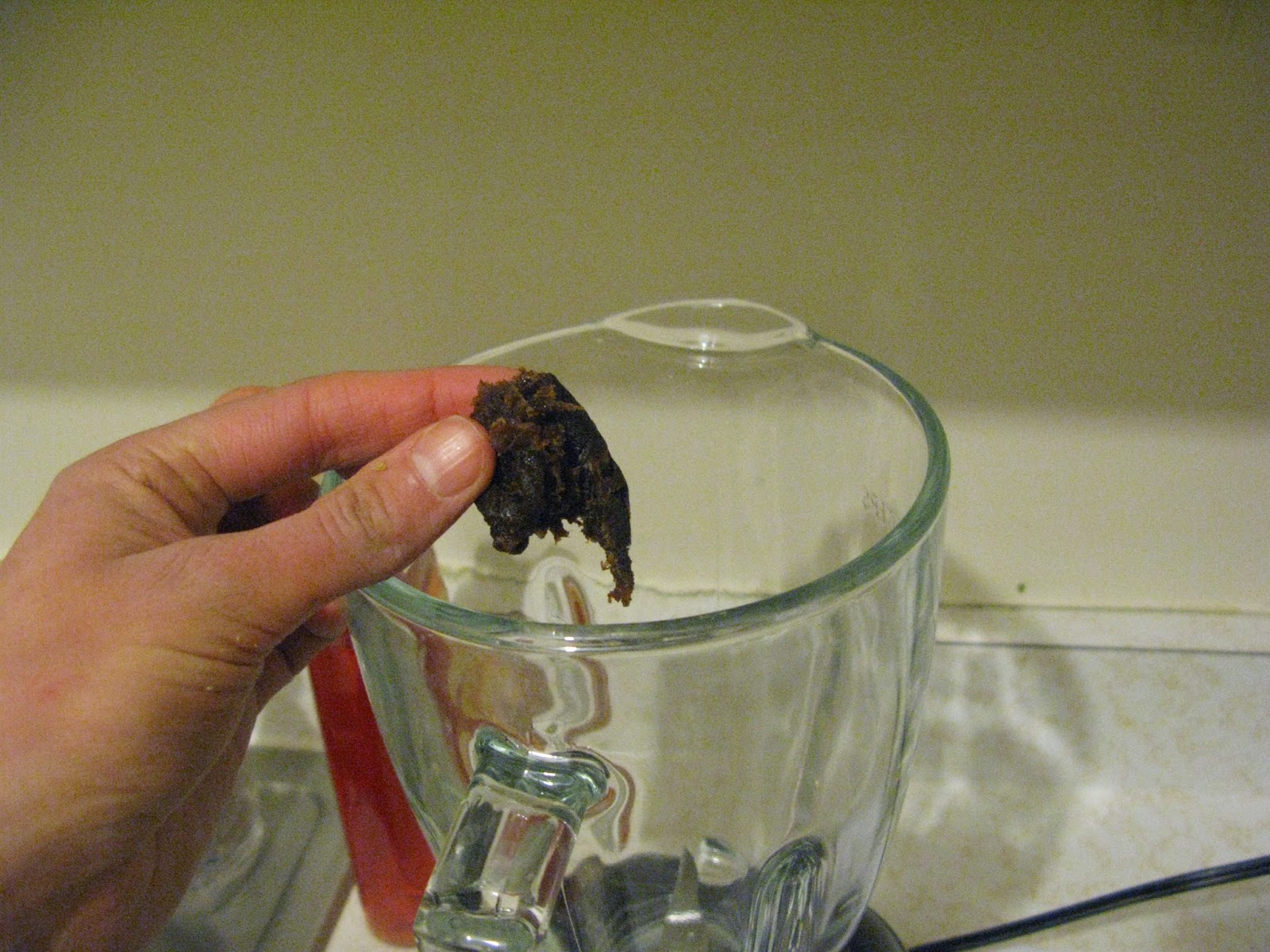 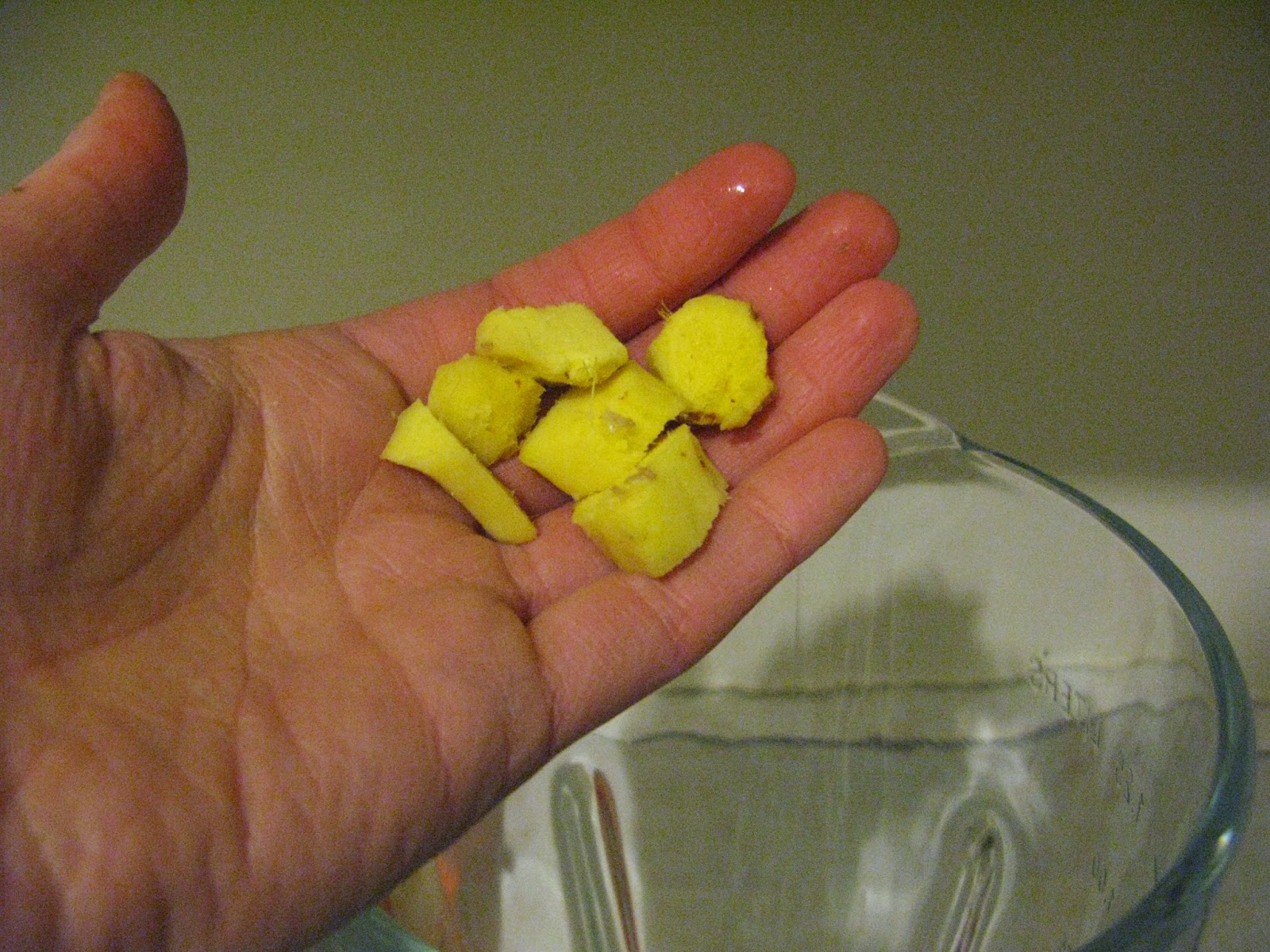 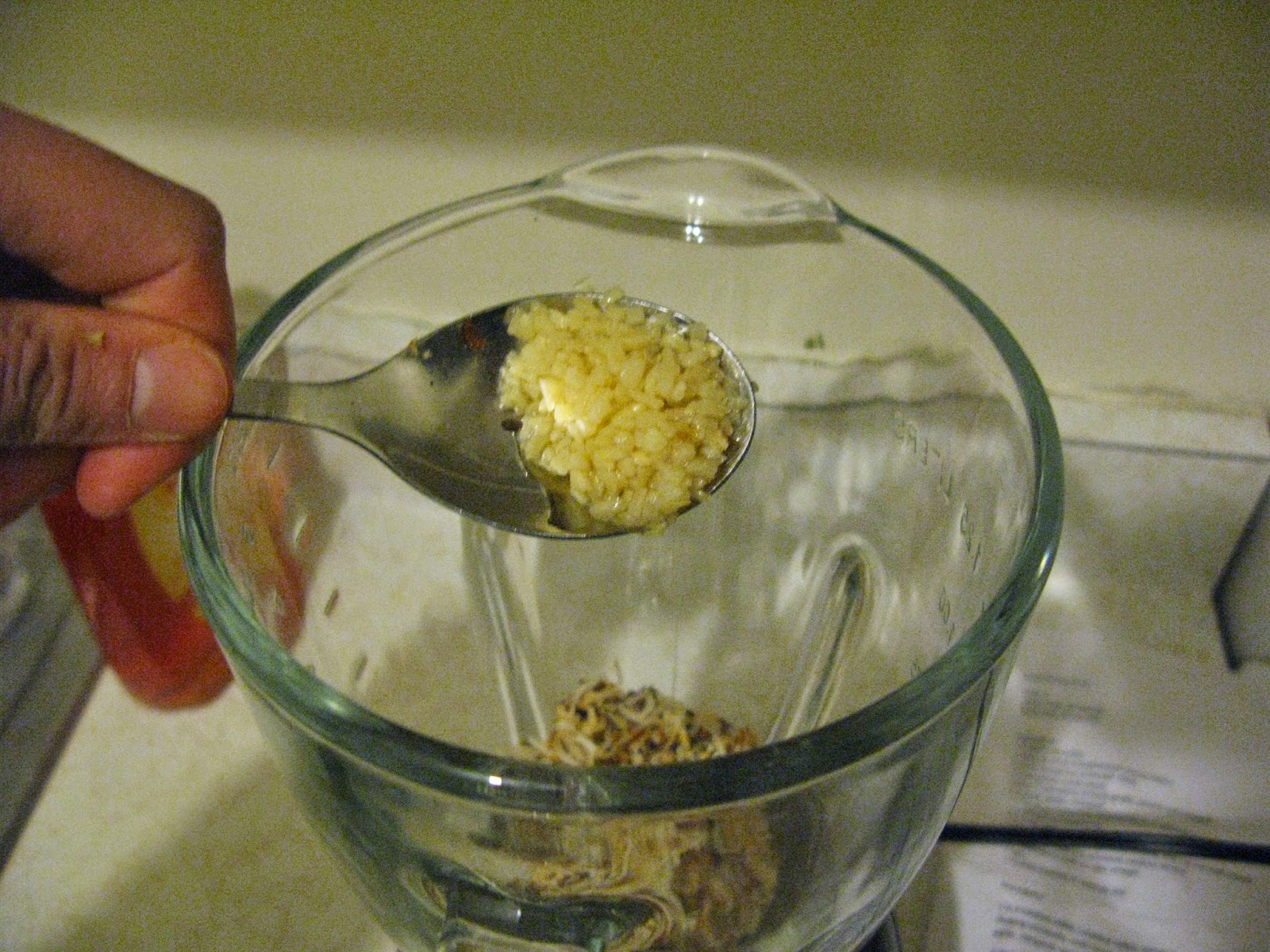 I added the toasted coconut mixture and 1/2 cup of water to the blender. 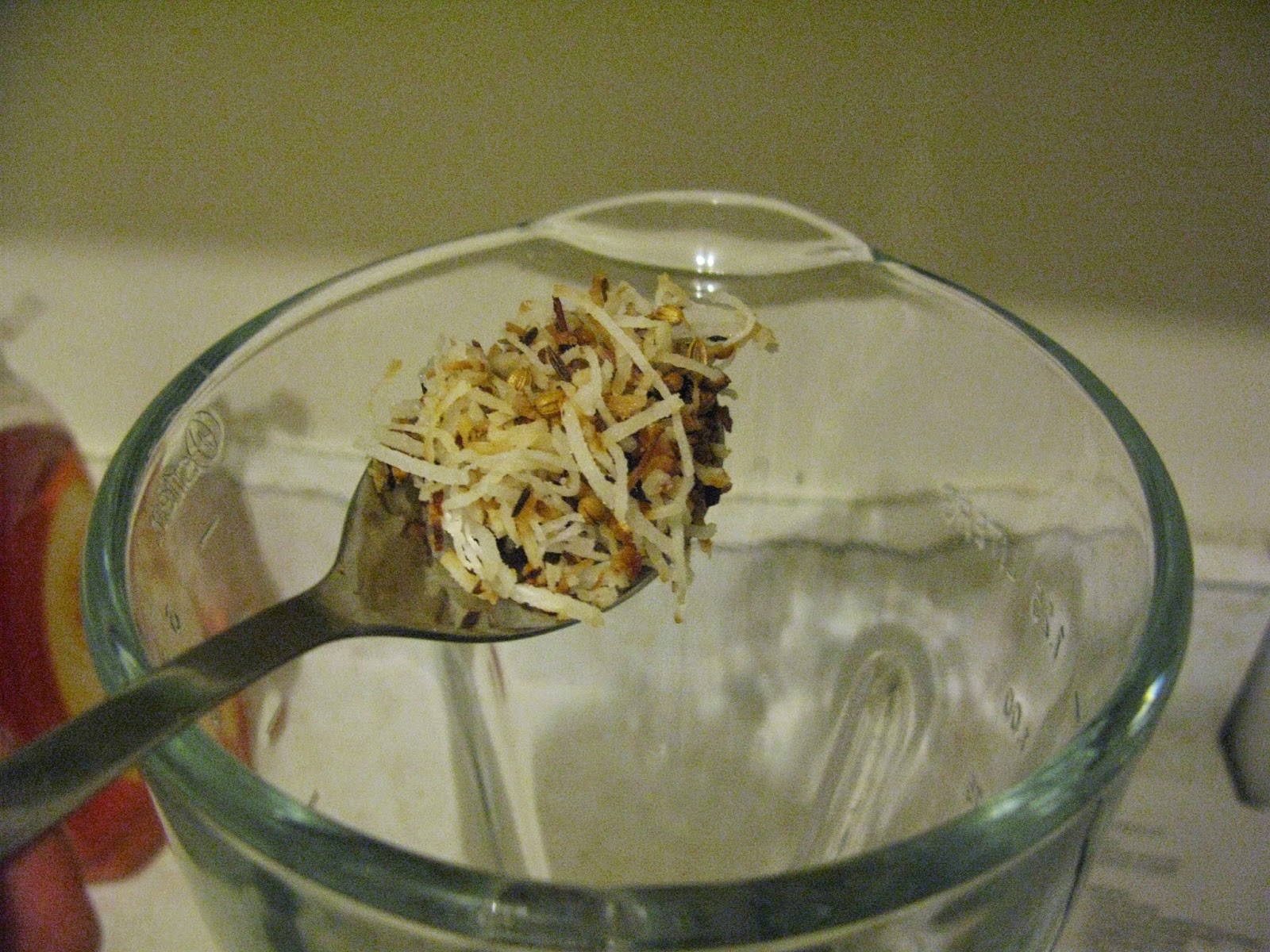 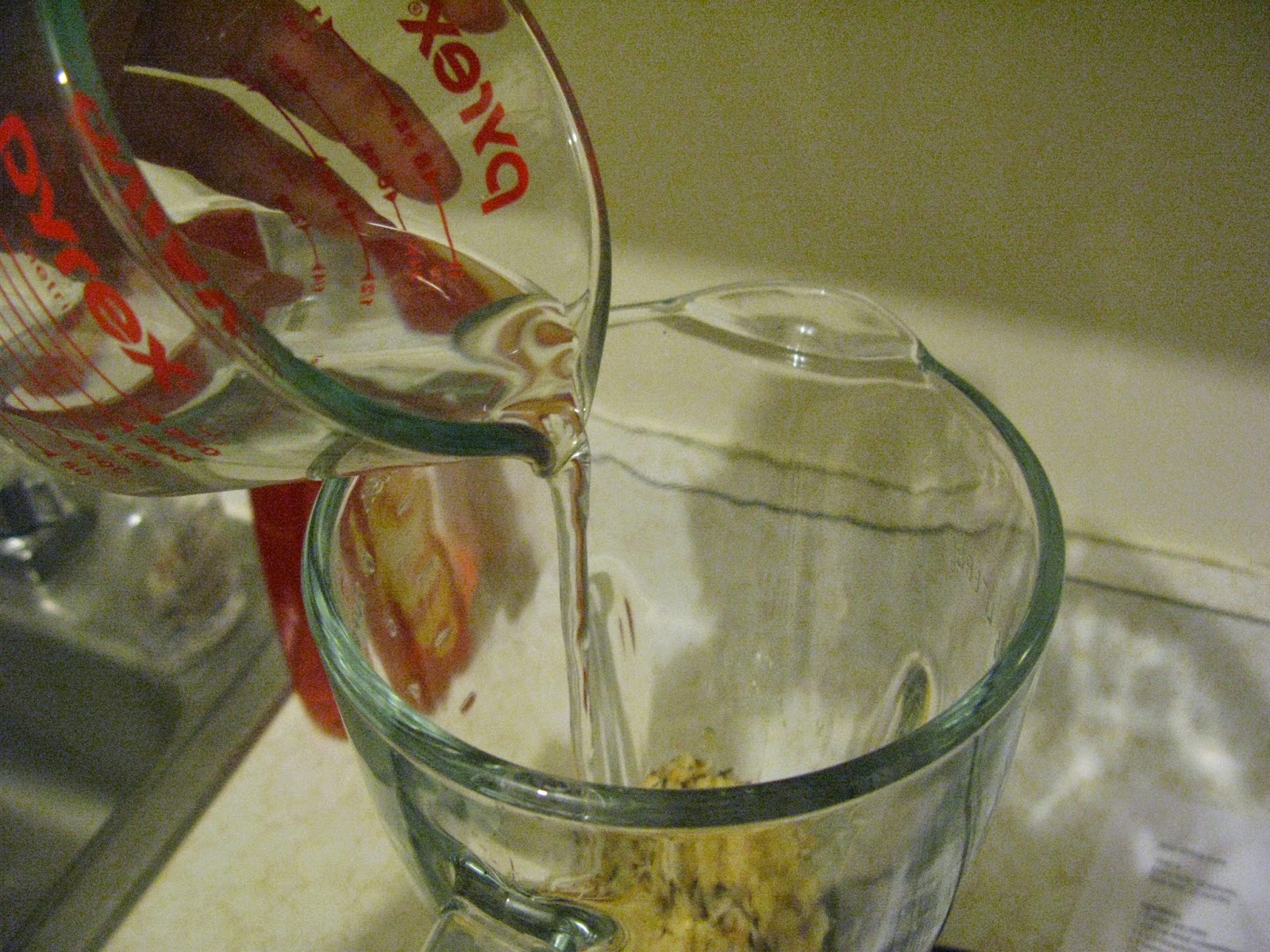 I blended the ingredients until they were pureed. 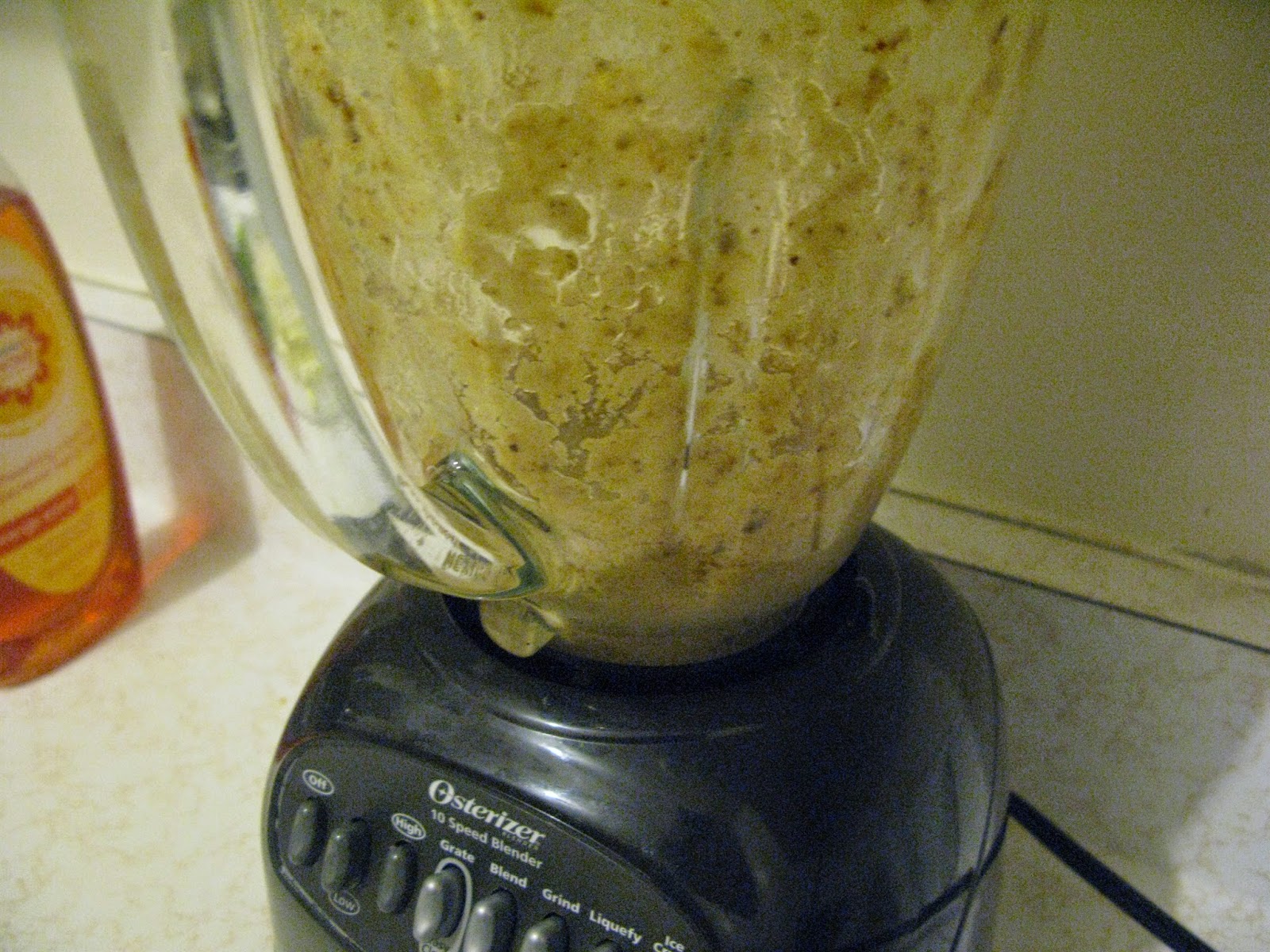 I chopped up the onion and jalapenos.  I removed the seeds from the jalapenos, but I wish I had kept a few of them. I sauteed the onions and jalapenos in oil until the onions were golden. 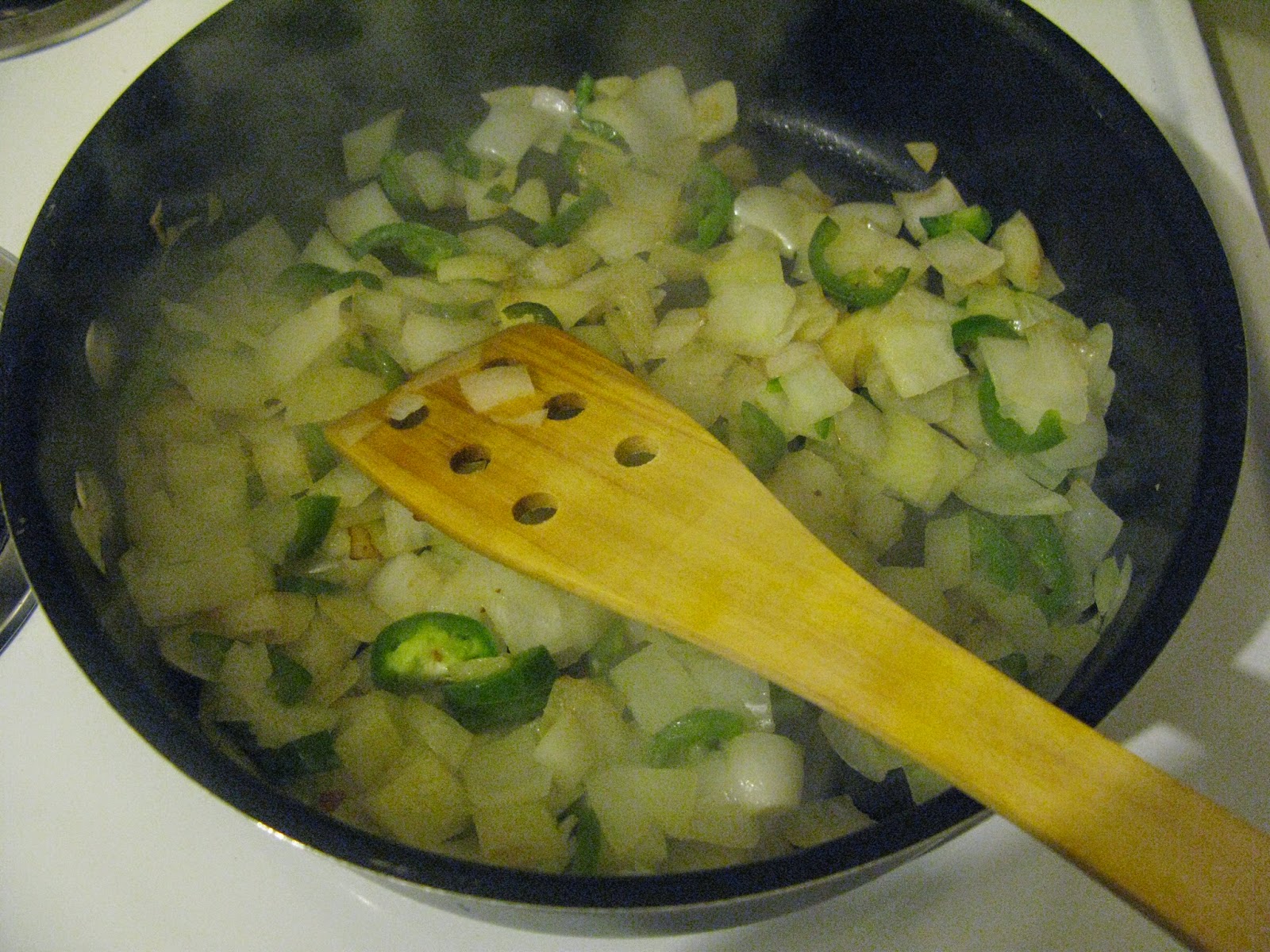 I added the puree and brought the mixture to a boil.  I simmered the curry for 10 minutes.  I added a little water. 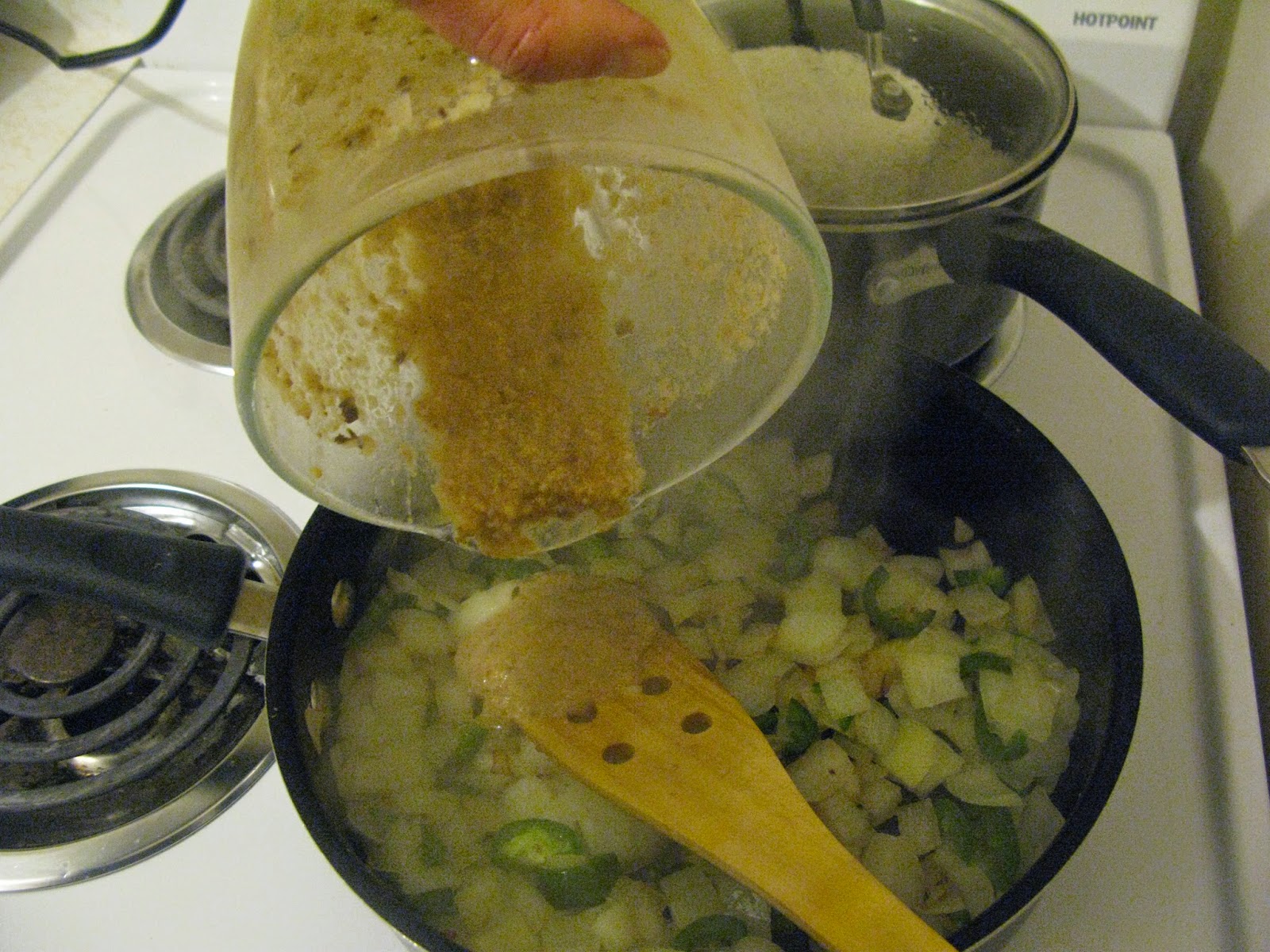 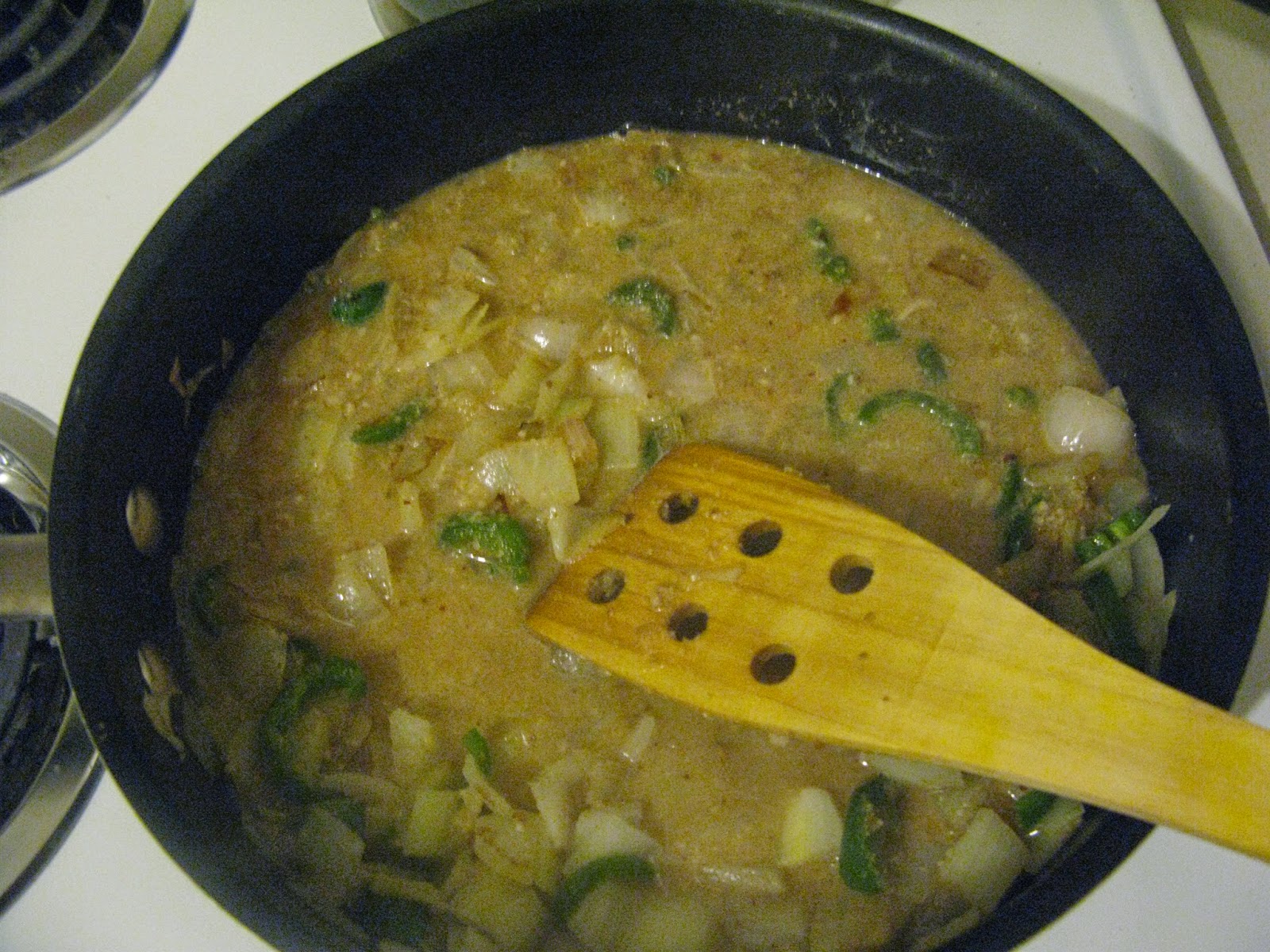 I added the shrimp and cooked it for another two minutes.  I didn't want to over cook the shrimp.  I added salt and vinegar. 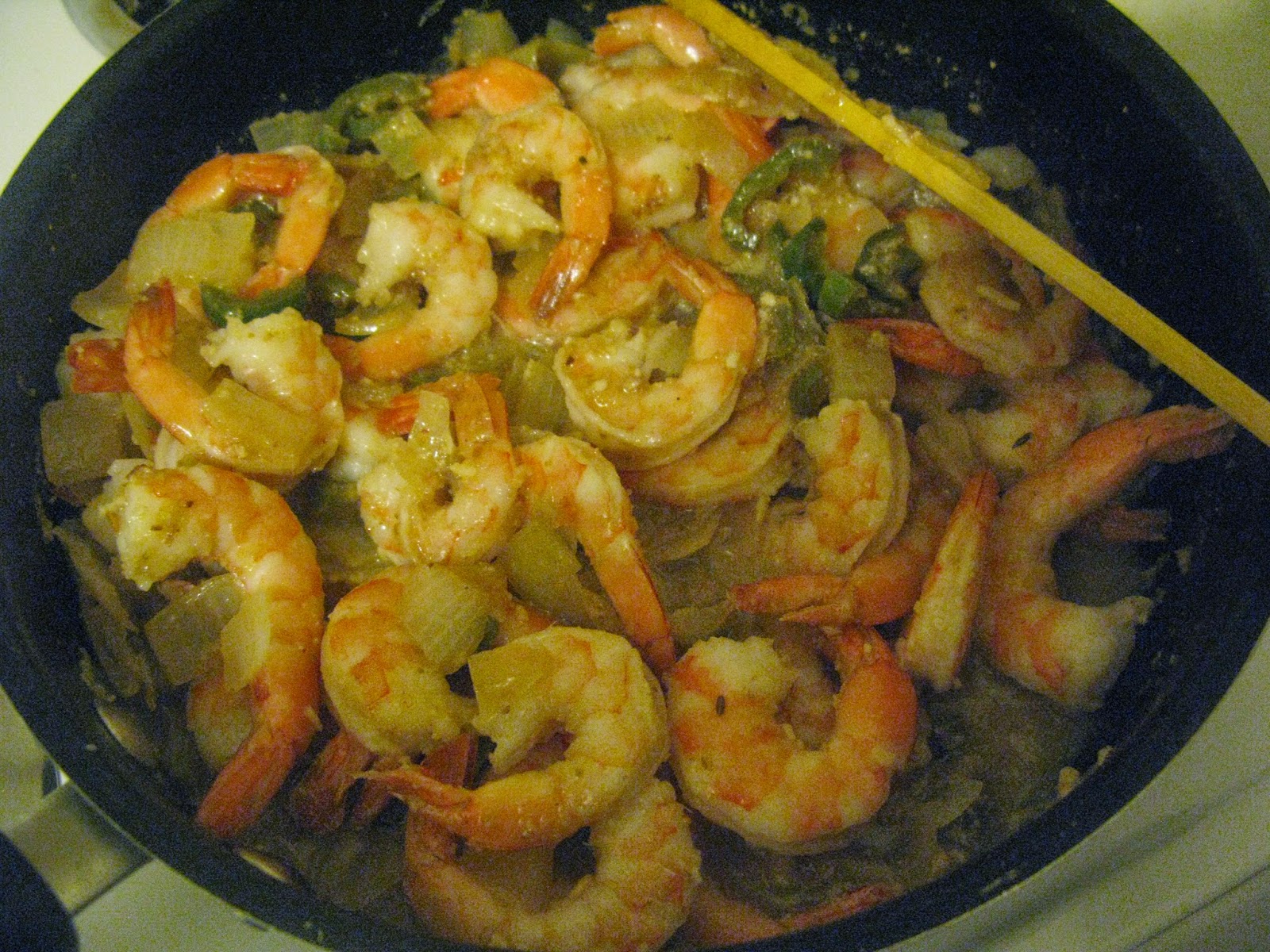 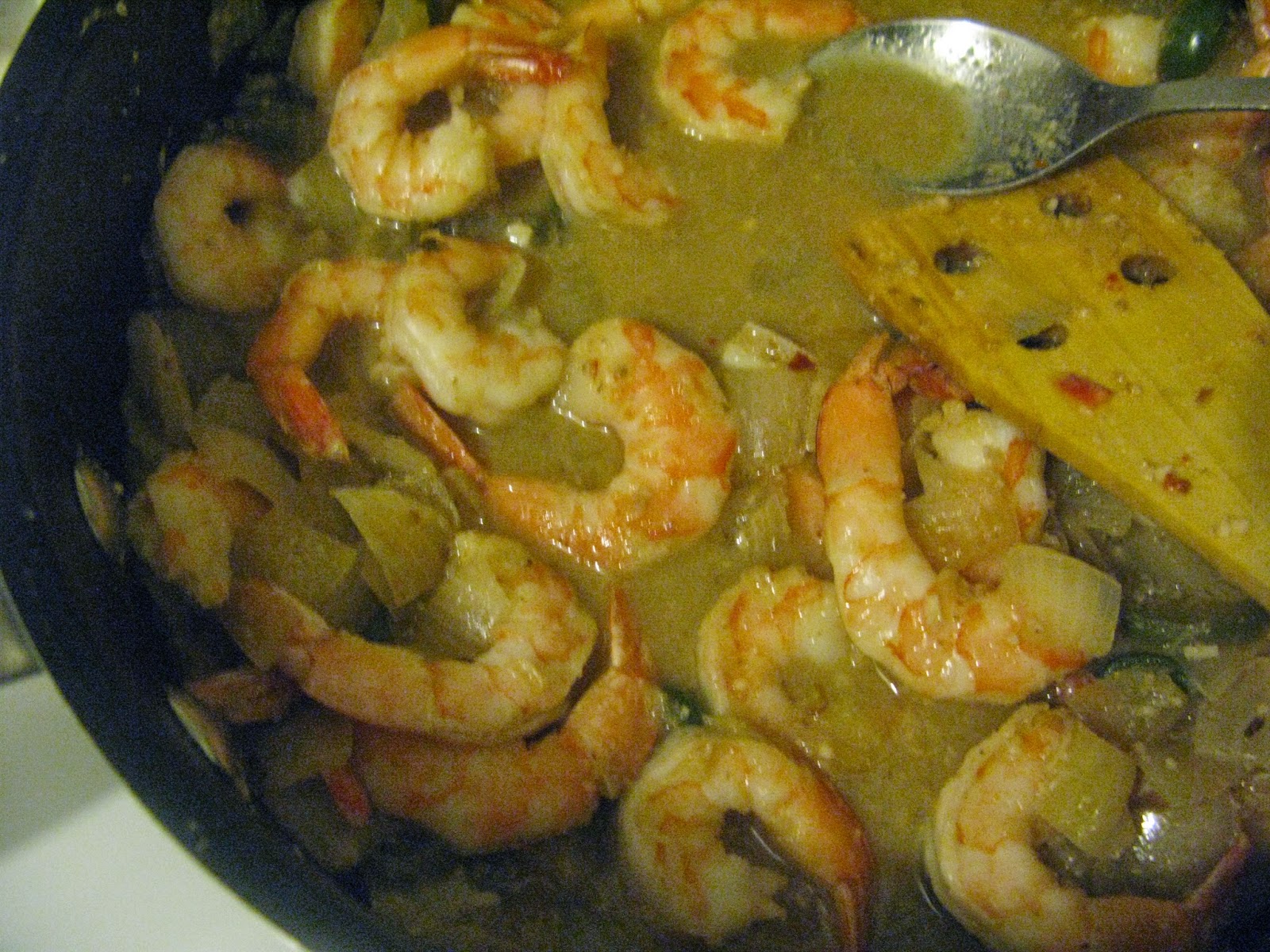 Even though I generally like a creamy curry, this was fantastic.  I didn't miss a creamy base at all. 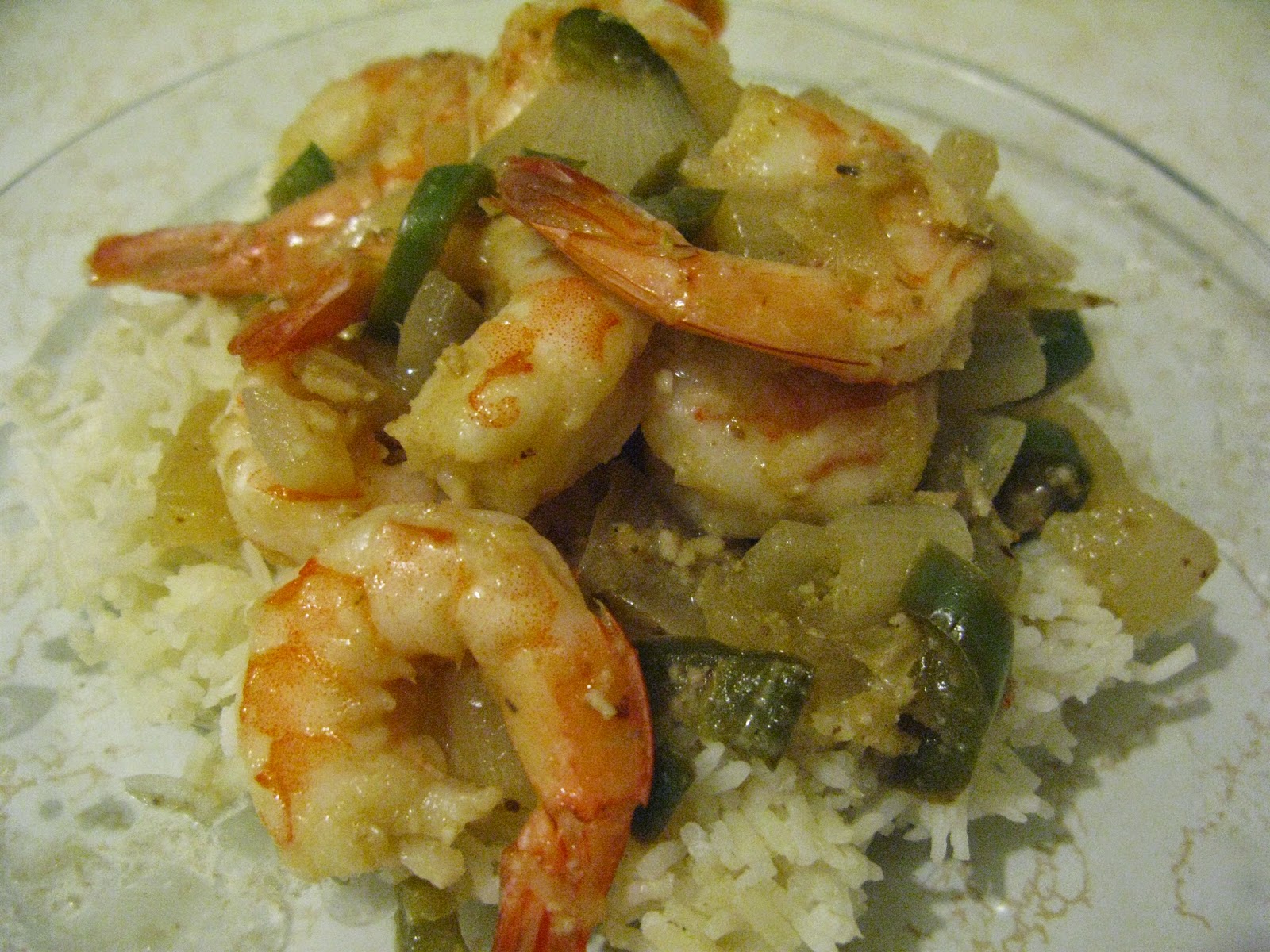 It was aromatic and a little spicy.  There was so much depth of flavor with the spices and aromatics. 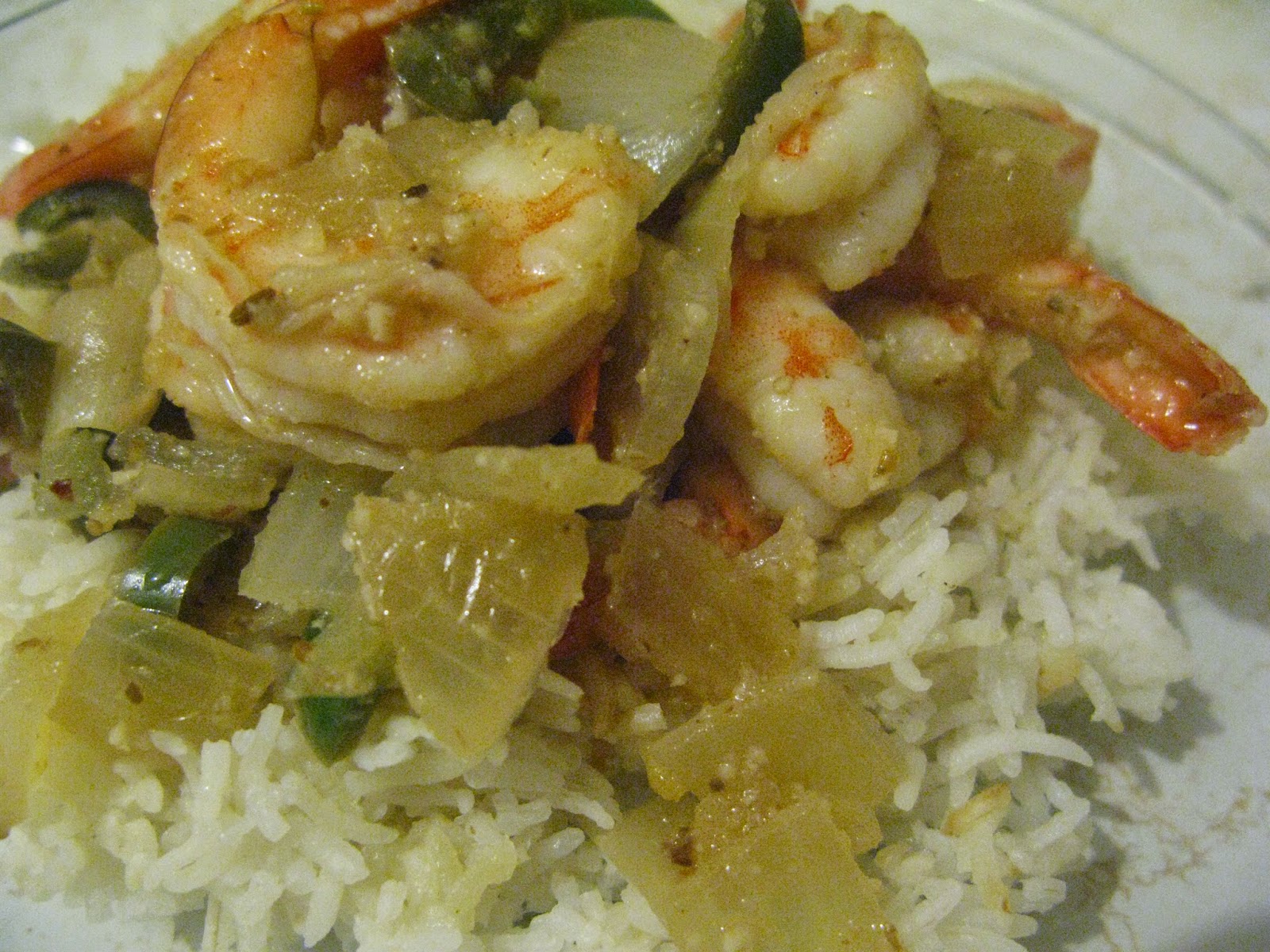 Despite having lighter ingredients, it was substantive and satisfying. 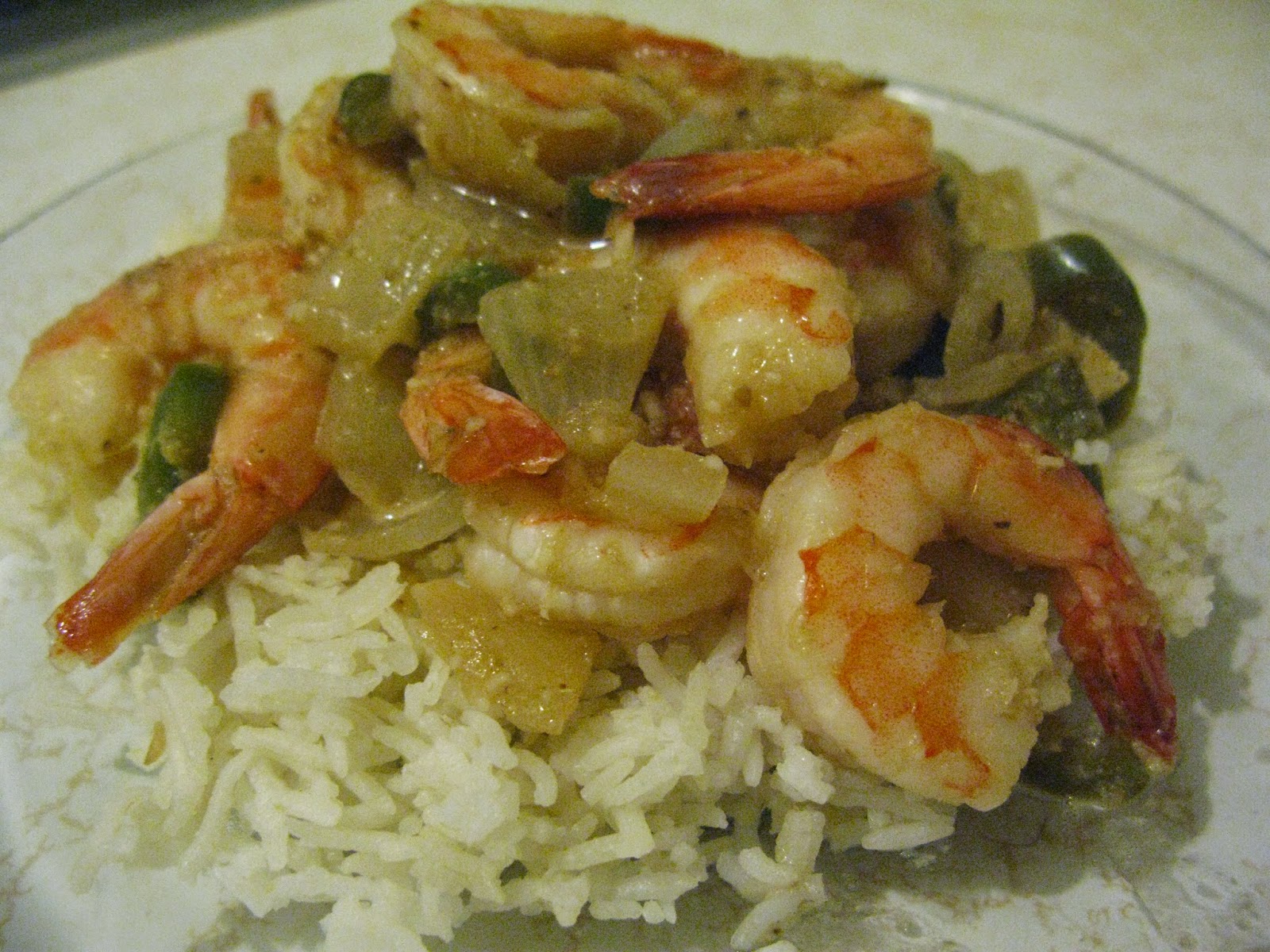 I would make this for the smell alone.  Luckily the flavor is outstanding as well. 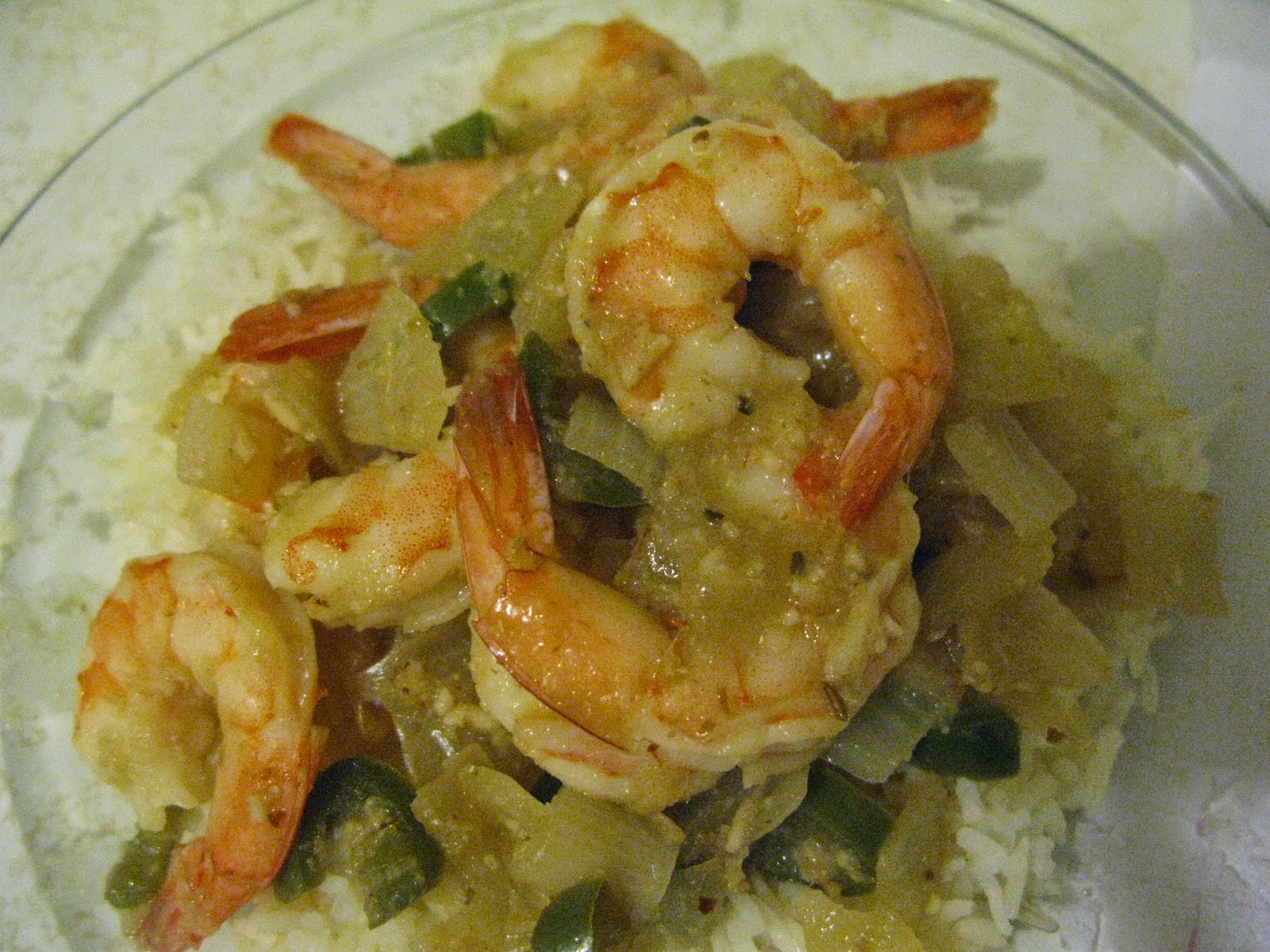 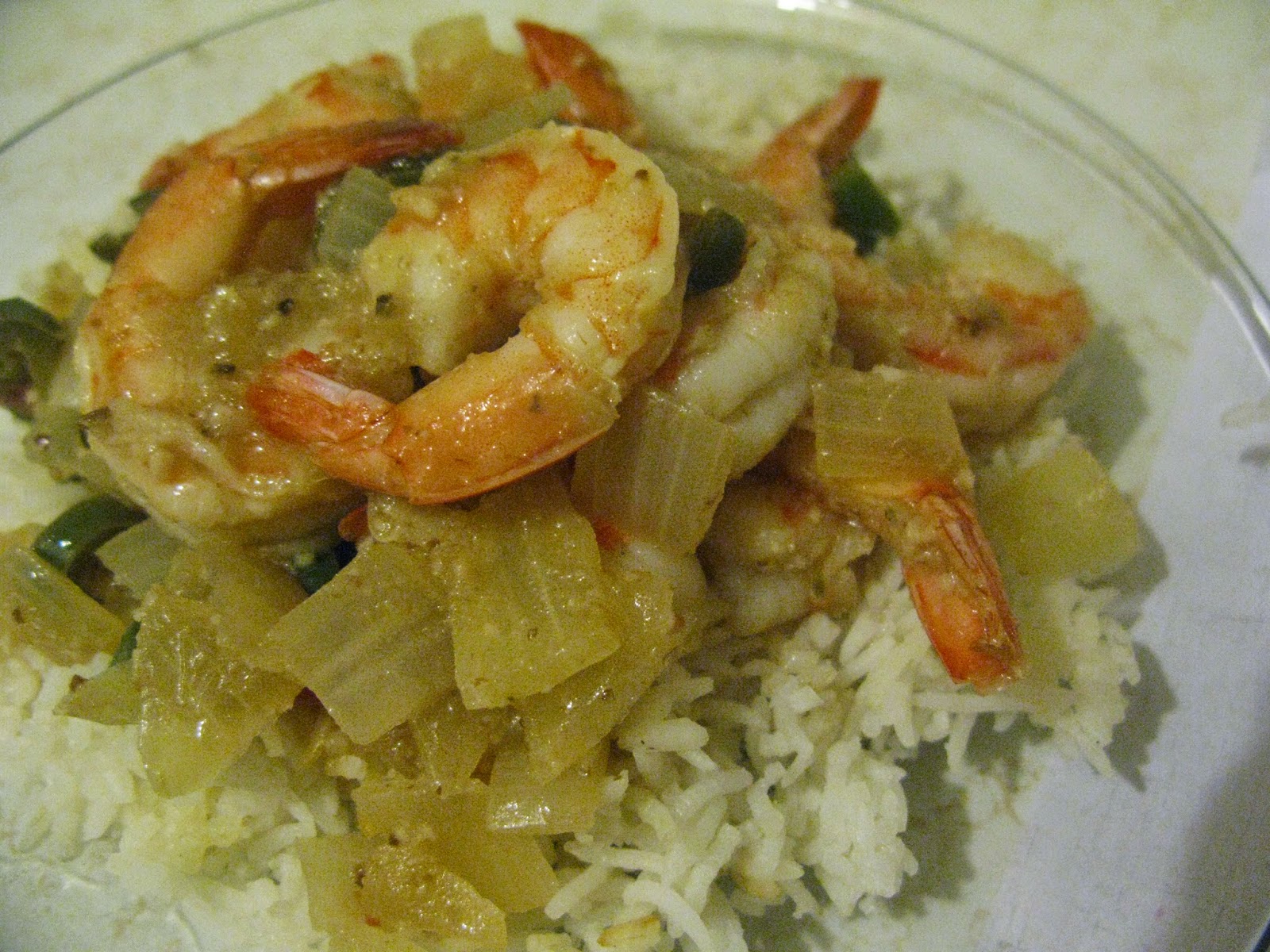 I'll make this recipe again, and I think you should give it a try too! Shrimp curry sounds delicious! I would love a big plate of this for dinner!