I was looking for a light summer pasta salad heavy in vegetables, and this fit the bill. Summer is coming to a close, but we still need to eat our vegetables, right? I don’t know if it is traditional in any country, but it is at least influenced by Japanese or Chinese cooking. I was drawn to the recipe because I like peanut sauces. I used to live next to a restaurant that served their noodles and jiao zi with peanut sauce. 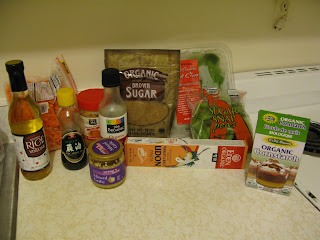 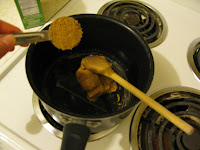 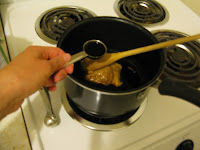 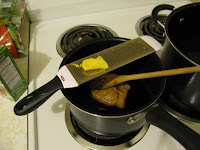 I heated the sauce to a boil and cooked for one minute. I set this aside. 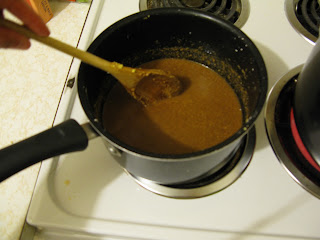 I boiled the udon noodles for six minutes. Udon noodles are Japanese noodles made from wheat flour. Unlike the pasta I regularly use, you should rinse udon noodles to remove starch which prevents the noodles from becoming gummy. 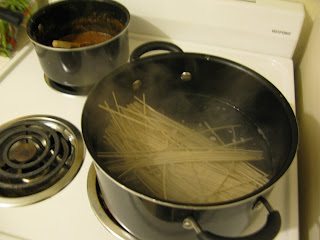 I sliced the bok choy and cut the snow peas in half. Bok choy is Chinese and has been cultivated there for a very long time. It is considered a cabbage. Americans are familiar with only one type of bok choy, but there are actually many varieties. In China, smaller varieties of bok choy are preferred as they are tenderer. I combined the bok choy, snow peas, and shredded carrots into a large bowl. 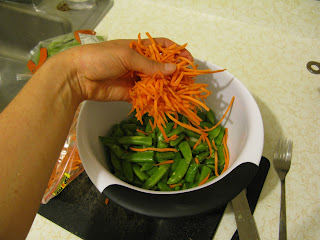 Once the udon noodles were cooked, I rinsed them in cool water. 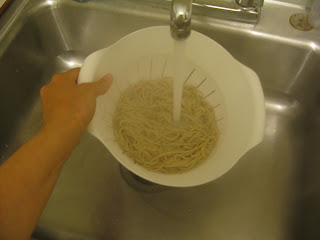 I added the noodles to the vegetables and stirred to combine. At this point I realized my bowl was too small. 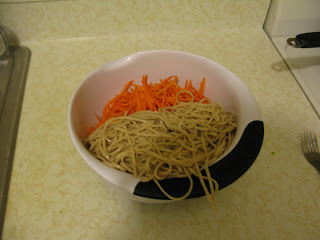 I added the peanut sauce to the noodles and stirred. 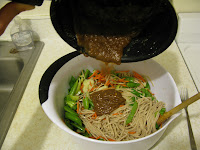 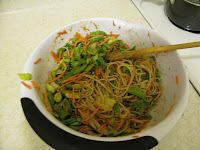 Yum! It tastes very fresh and light. The peanut sauce is subtle, and I like the combination of vegetables. This is a good recipe for picnics or lunches at work because it is eaten cold. 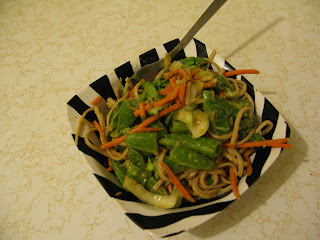