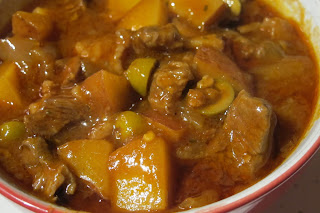 I don't know if this it authentic to any region of Spain, but it was tasty and hearty. 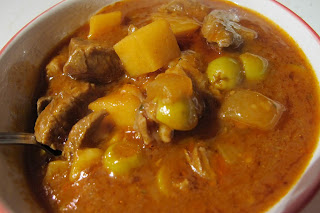 It is made in a slow cooker so this dish is also very convenient.  I just put everything in the crock pot and let it do its thing for a few hours. 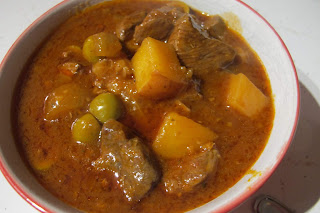 The cold and dreary weather I am experiencing right now is perfect for hearty and warm stews like this one. 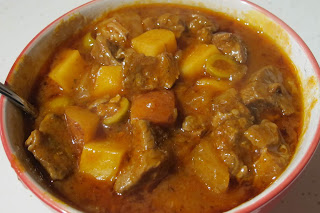 I used an ingredient for this stew than I had never used before: sofrito.  I bought a jar at my local grocery store.  It wasn't hard to find at all.  I forgot to buy a can of tomatoes so I used tomato paste instead.  It worked. I doubled the recipe, but I will only share the recipe list for the regular sized batch of stew. 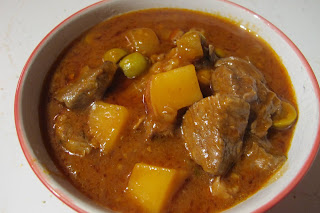 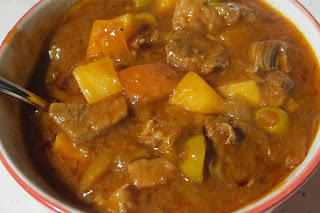 I cubed the beef stew meat and cooked it in a skillet over medium-high heat until the beef was browned.  I added salt and pepper  to the meat. 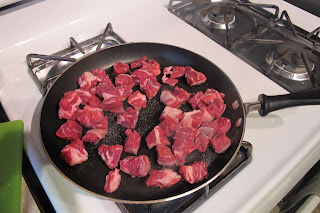 I added the browned beef into the crock pot. 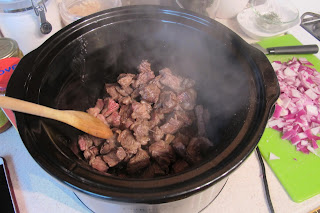 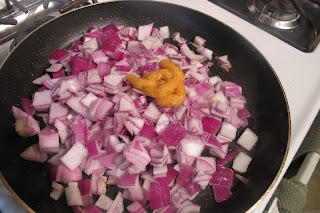 I stirred all the ingredients together in the crock pot.  I cooked the stew for about 4 and a half hours on low heat. 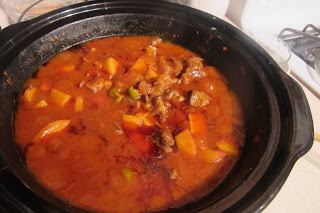 This made a scrumptious and savory meal. 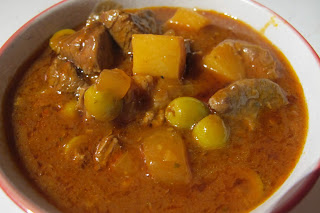 The meat was tender and succulent.  The potatoes were soft and had absorbed the flavor of the stew. 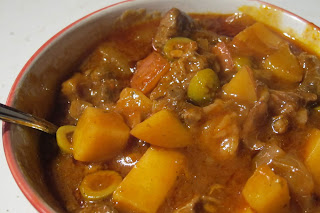 The juice and some acidity and tartness as well as a little heat.  It was a flavorful stew. 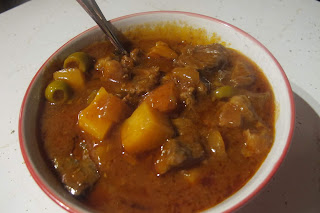 The olives gave the stew some brininess and salt. 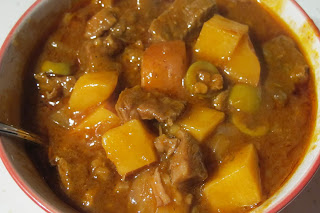 It was a hearty and nourishing stew.  It was packed full of flavors. 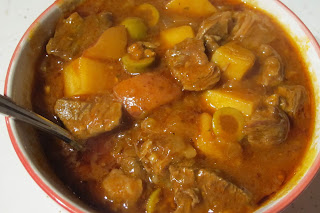 The recipe was simple with accessible ingredients.  I would make it again.  It would like to try it with diced tomatoes instead of tomato paste, but it tasted wonderful exactly as I made it. 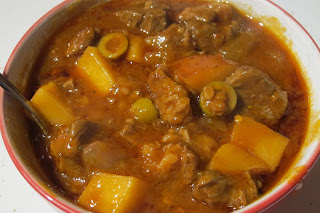