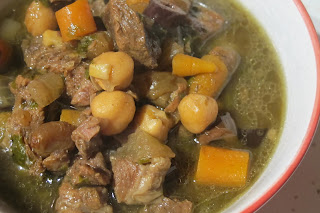 It snowed today.  It is supposed to get up to the 50s tomorrow so it probably will not last long.  Many people worked from home because of the snow.  I went into work, and it was so quiet.  I had the place to myself. 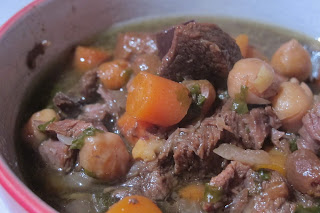 In other exciting news, I saw the musical Wicked last weekend for the first time in my life.  I remember that a little over ten years ago it was so popular. 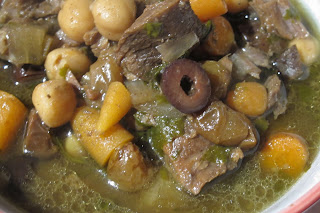 Maybe in ten years I will end up seeing Hamilton.  I'm a little behind the times when it comes to musicals.  Wicked was fun.  I have heard most of the songs, and I was pretty familiar with the story line. 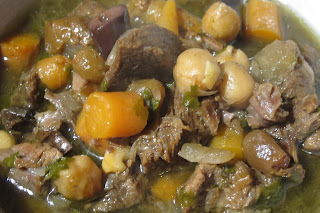 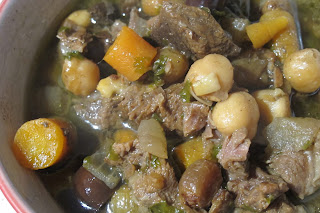 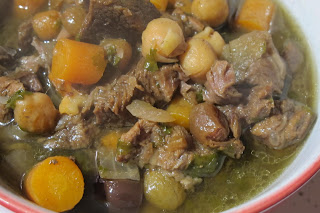 I chopped the onion and placed it into the slow cooker.  I added the chopped beef, paprika, cumin, and ground cinnamon.

I added the raisins, chopped Kalamata olives, lemon peel, and chopped cilantro.  I let this slowly cook in the slow cooker over medium heat for about 5 hours.

This was very flavorful.  The broth was scrumptious.  The spices, onion, and garlic made this dish very tasty. 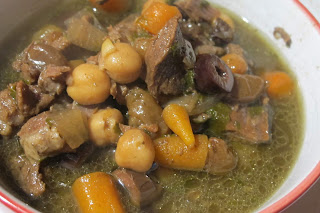 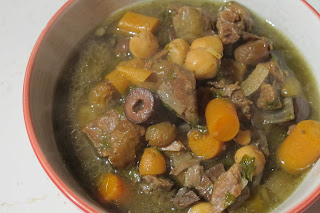 The raisins became plump and took some of the flavors of the dish.  They also added a little bursts of sweetness. 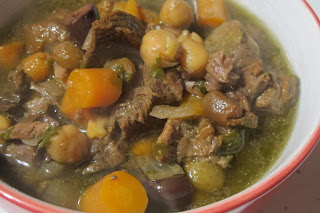 The olives added some tang and brine flavor.  This dish had so many distinct yet complementary flavors.  It was sweet, savory, and salty. 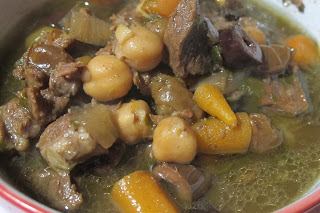 It was a delicious dish.  I would make it again.  I give it two thumbs up.  It's a winner! 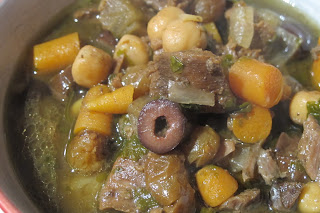