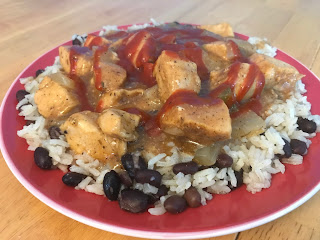 A couple of years ago, I went to Belize with my parents, brother, and sister in-law.  We spend a day in Guatemala too.  It was a fun trip with great company. 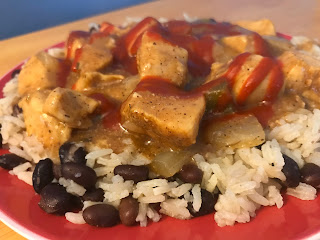 We went in February.  February is a great month to go somewhere warm.  By the time February rolls around, it is still cold but I'm more than tired of winter.  I little respite to a warmer climate is a welcome change. 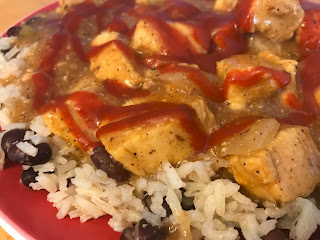 When I returned I made Belizean stew chicken and rice and beans.  We ate this meal at least once a day the entire time we were in Belize. 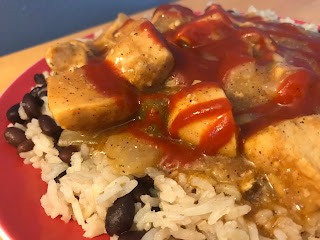 Last week I decided to make the stew chicken again.  I changed it up by making it in the slow cooker.  I also used boneless chicken breast instead of a whole chicken. 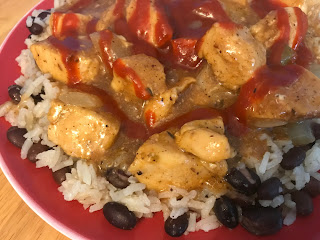 I used the same stew chicken recipe as last time.  I used 2.5 pounds of boneless chicken breasts instead of a whole chicken.  I used 3 tablespoons of red recado instead of 2.  This is a special Belizean spice I could not find in regular grocery stores.  You have to buy it online.  I didn't use any oil or sugar either.  I added from chicken broth to replace some of the water.  I thickened the sauce with corn starch. 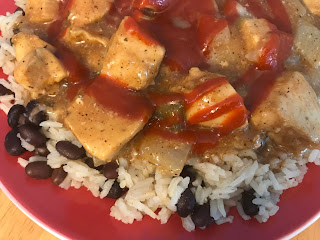 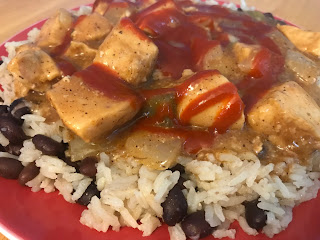 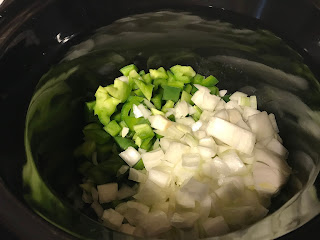 I added the red recado and garlic. 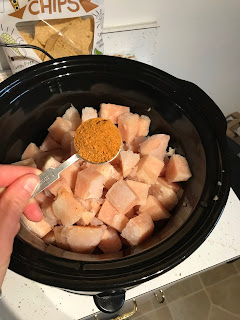 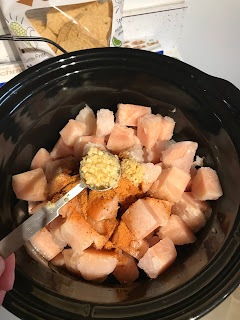 I added the cumin, soy sauce, worcestershire sauce, thyme, oregano, salt, pepper, and bay leaves.  I added three cups of chicken broth and added enough water to cover the ingredients.  I stirred the ingredients up, and let the chicken cook on low for about two and a half hours.  I then mixed the cornstarch with some water and poured it into the stew.  I let it cooke for another forty minutes on high. 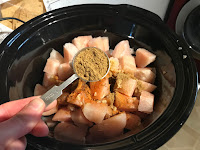 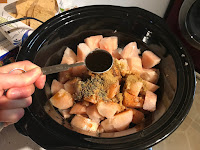 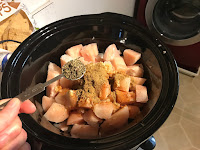 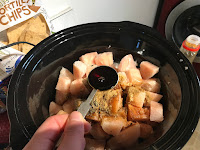 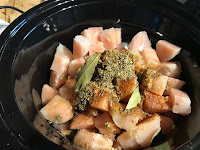 I served the chicken over rice and beans.  I also added hot sauce on the chicken. 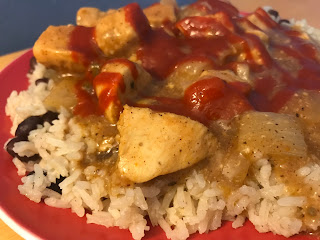 This was a tasty meal, but I think I preferred the traditional method better.  The chicken stayed more moist when you cook it on the bone. 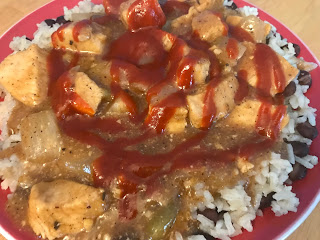 It was still a succulent, savory, and delicious meal though. 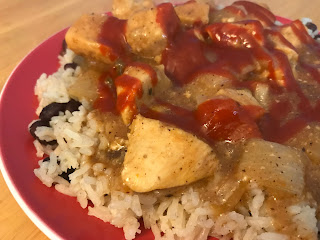 It had a smokey flavor.  The broth was flavorful.  When we ate it in Belize the sauce was very watery.  I added cornstarch so my broth was more of a sauce.  I'm not sure that was a necessary addition.  In the future, I will probably not add cornstarch. 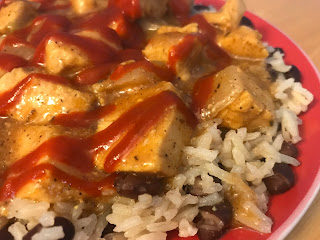 The chicken was  tender and moist. 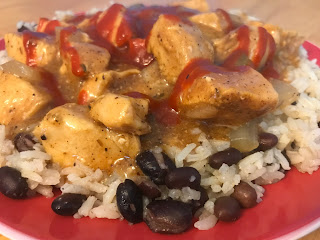 It was an enjoyable meal that I enjoyed all week.  I would make it again. 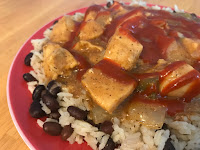 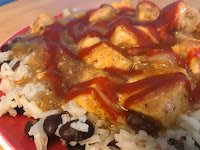 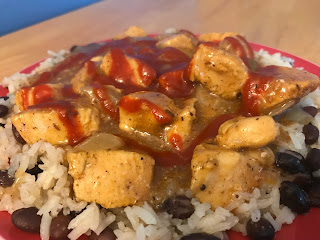